Yesterday ended up being our best chase day so far, and we were certainly glad that we hadn’t given up on chasing this year.

We started out the day by lounging around Boulder, as the target area for our chase was only an hour and a half away.  We left Boulder around 12:30 and headed southeast along I-70, stopping to fuel up and to briefly evaluate the storms as we approached Limon.  The trick was getting south and east of a boundary with cold, cloudy air on the wrong side, and warmer, clear skies to the right side.

We made “Limonade” out of Limon.  We found a cell that planted itself along the boundary.  Right away, even as a weak updraft, we had a ragged wall cloud. 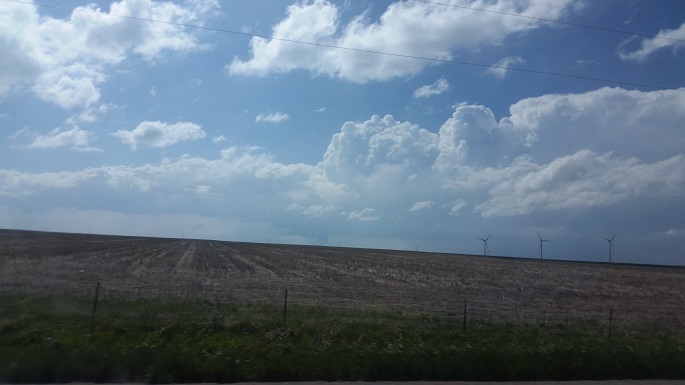 As the storm developed, we got closer and closer.

Eventually, we were almost underneath it.  I will post those photos from my regular camera sometime over the next few days.  Here is a view of the cell near Last Chance, CO, before we turned south to get in front of it. 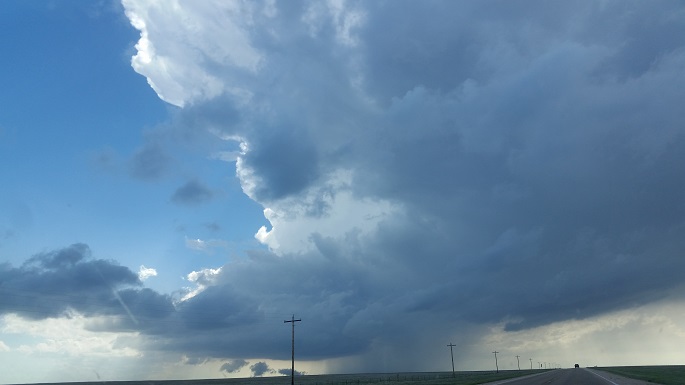 We were near this cell at its peak.  It did not tornado, but if it had, it would have dropped in the field next to us.

We continued south to escape the precipitation core, and then ran around on some dirt roads.  When we crossed over the former hail/rain track, the roads became quite treacherous.  The roads were incredibly muddy, and the heavy Crown Vic did not want to stop, turn, or climb the hills.  I was able to get out of there, but it was slow going.

We caught up to the slow moving storm again, only to have it die in some cold air in two or three radar updates.  We turned west and drove back to Boulder, catching the amber-lit mountains on our way. 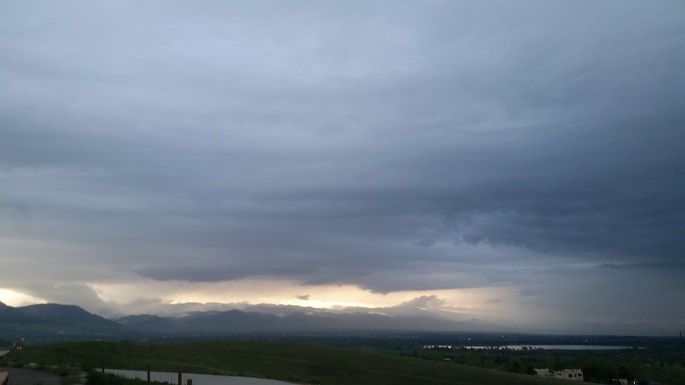 We had two small hail cores to deal with, dropping pea-sized hail.  However, Chinese food and an easy night ended our chase day. 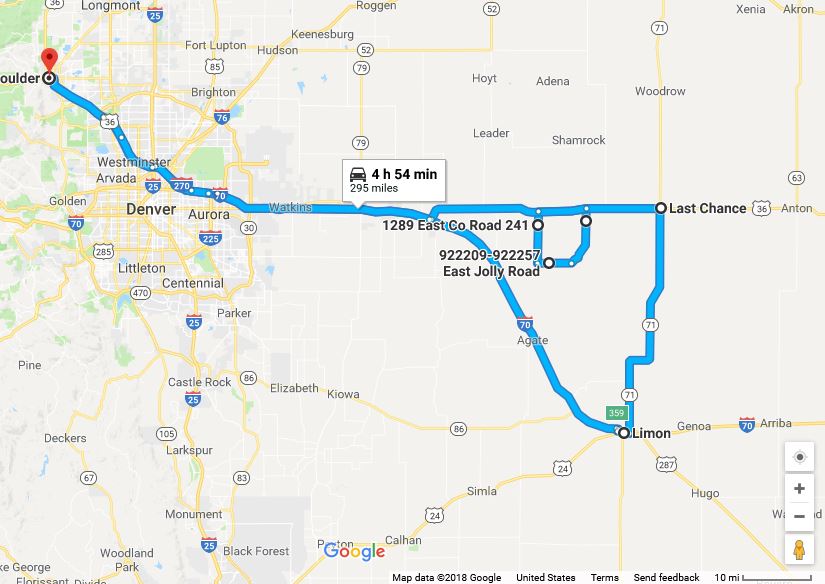 This blog is about my tales in storm chasing. My name is Seth Price and I am an instrumentation instructor at New Mexico Tech. My amateur radio call sign is N3MRA.
View all posts by highplainschasing →
This entry was posted in Chase Account, Severe Weather and tagged #cowx, colorado, Last Chance, meteorology, severe thunderstorm warning, storm chase, storm chasing, supercell, weather. Bookmark the permalink.