Yesterday, I started out the day by targeting Childress, TX. It was under two hours from Amarillo, so I spent the morning working on a few projects and getting ready for the storm chase. By around 11 am, I was ready to leave.

The Storm Prediction Center (SPC) had issued an Enhanced Risk for parts of West and Central Texas.

Associated with the Enhanced Risk was a 5% Tornado Threat Ring.

Amarillo was quite dry, and so I knew I was on the dry side of the dryline. I drove with the windows down as I headed southeast on US-287. I passed through Claredon, which had many streets under 6″ to 2′ of water the previous evening. In the light of day, however, the streets were dry and covered with a thin layer of dry dirt. I was still west of the dryline. When I reached Hedley, the humidity began to increase.

I arrived at Childress and fueled up at a Pilot. It was there I ran into the Virginia Tech Storm Chase team, some of which remembered me from last year. I ended up following them the rest of the day.

Our first target was Matador, if nothing else but to get away from the chase crowd in Childress. However, a cell was firing near the triple point to our northeast. We returned to Childress, and then back north on US-287. We played tag with this cell near Hedley for a while, but it died out. 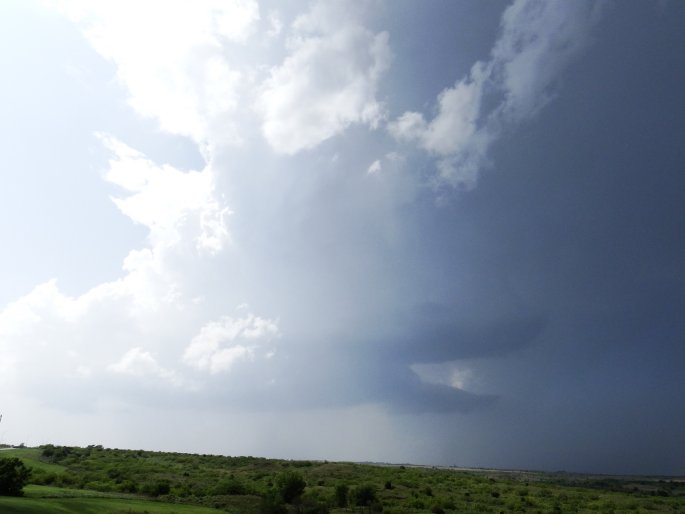 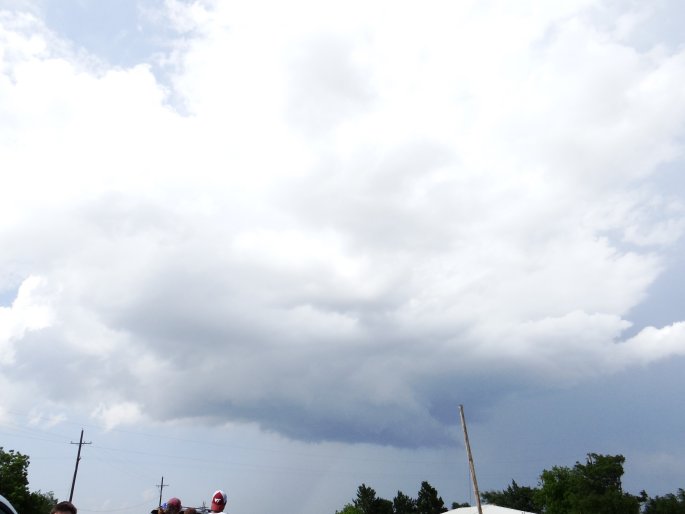 We then watched another cell form, pass overhead and continue northeast. 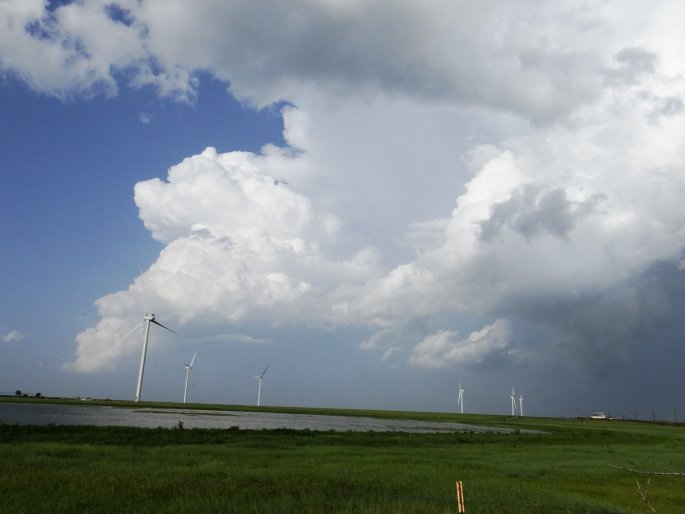 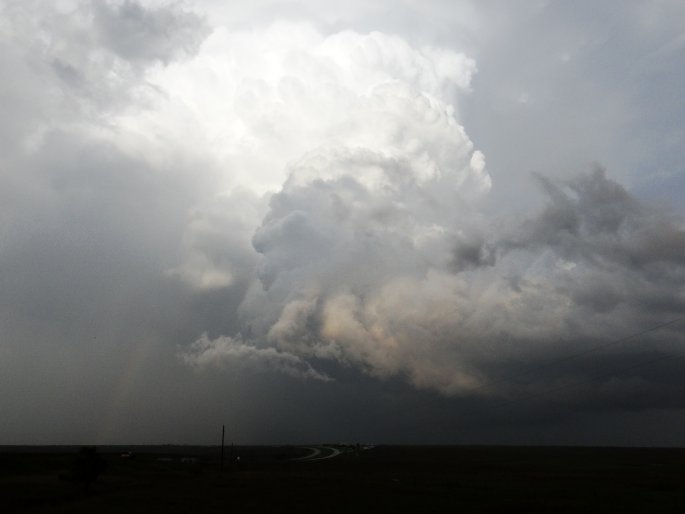 We went north on TX-70, which put us slightly behind the storm, but we planned to get ahead of it on I-40, as it was a slow moving cell. 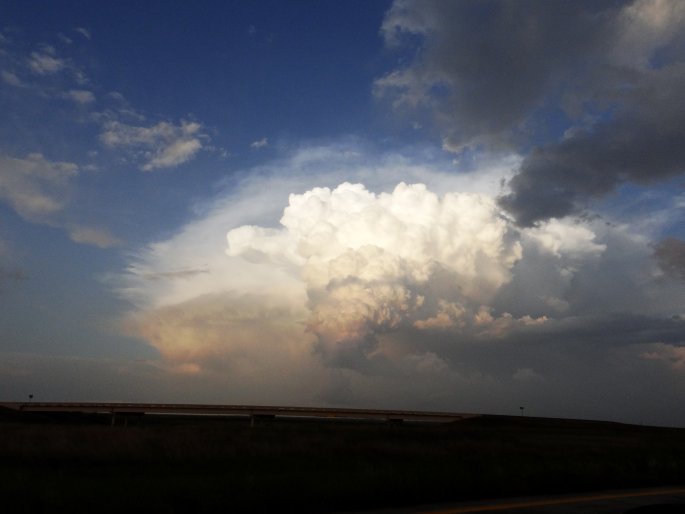 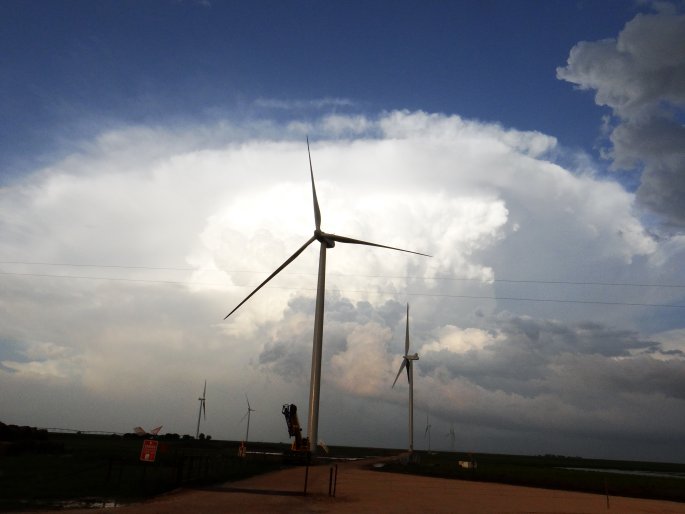 It went tornado warned, though we couldn’t see the tornado. When we got to I-40, there was a tractor trailer on its side. I got out to see if the driver was alright, but by the time I got pulled over, the police had already arrived. When we were pulled over, another few chasers informed us that it was from the tornado, and that they had video of the whole thing.

Thankfully, the driver was alright. The truth was that the chasers did have video. The tornado touched down just long enough to push the trailer over and then it dissipated on the opposite side of the highway. The whole thing took less than five seconds.

We dropped back to TX-70 and took a few more photos. We had planned to circle around south to get in front of this nearly-stationary storm, but we were running out of light. Here is a photo of our chaser parade. 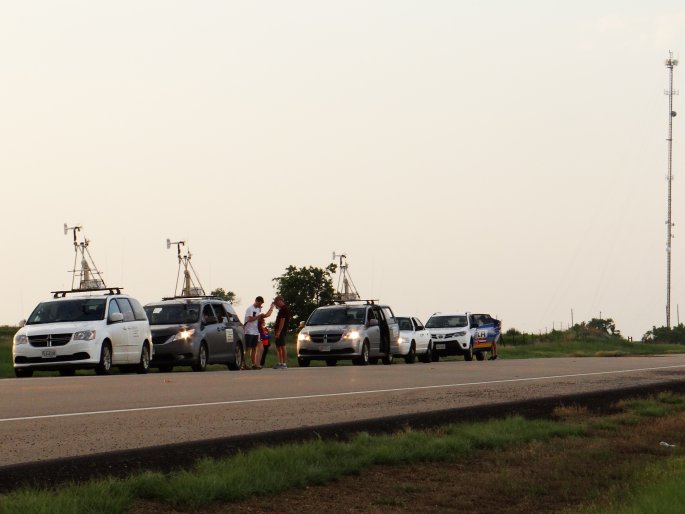 I did stop and take a few photos of the sun setting behind the windmills, 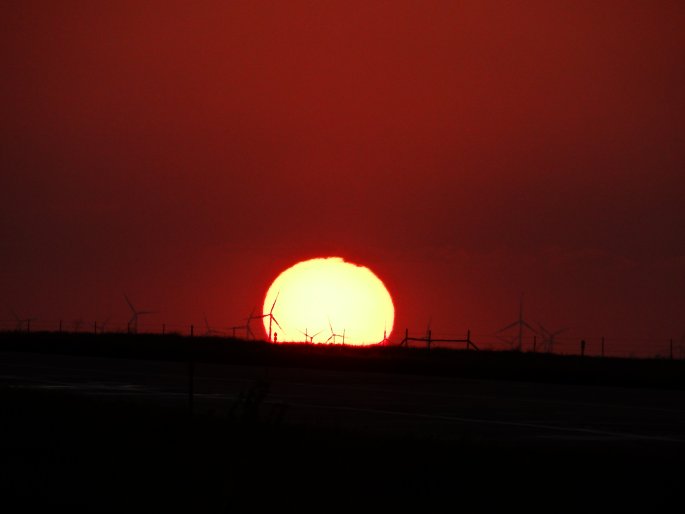 …and sunset on the anvils of a few dying storms. 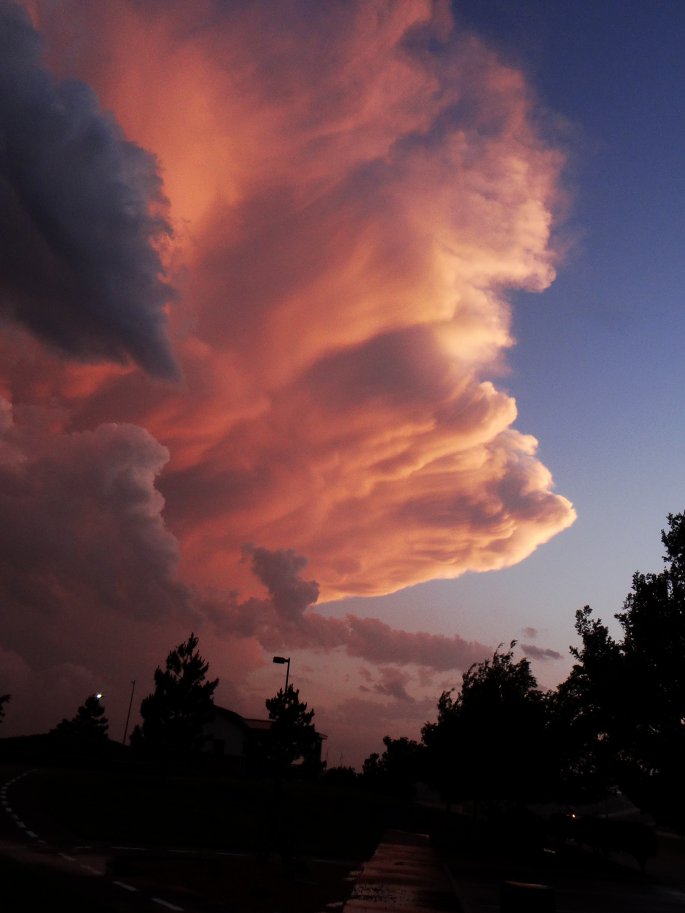 We ended the long day in Guymon, OK, at the Super 8.