Yesterday, I began my day in Dumas, TX. I started the morning in the Slight Risk area, which became an Enhanced Risk area later in the day.

Associated with the Slight Risk and Enhanced Risk area was a 5% Tornado Threat Ring.

I picked up a few groceries at Walmart in Dumas, and then hung around in the parking lot for a little while. The weather was hot, humid, strong southern winds, and cloudy skies. As I waited in the parking lot, Some of the clouds started to mix out.

After fueling up, a few strong convective cells began to form to my southeast. Notice the lenticular clouds that are forming on top of the updraft. There were several in this photo, and the convection punched through several of them. 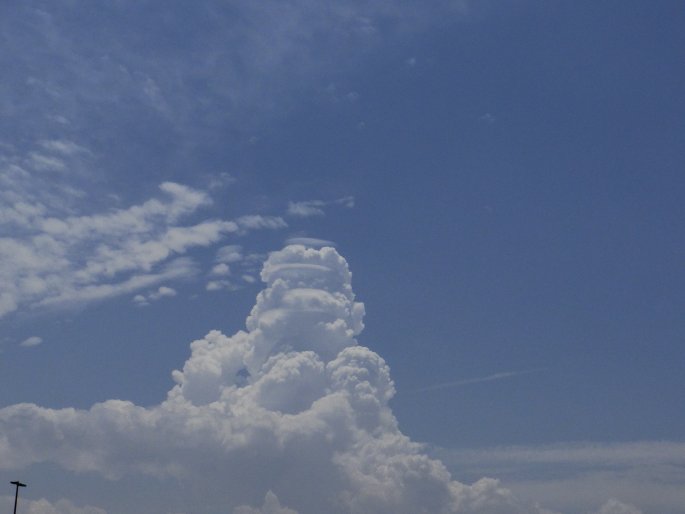 I drove south on US-287 towards Amarillo. I stopped briefly near a river and took a few more photos. The convection from earlier had fluffed a bit, but it showed how explosive this atmosphere could be. 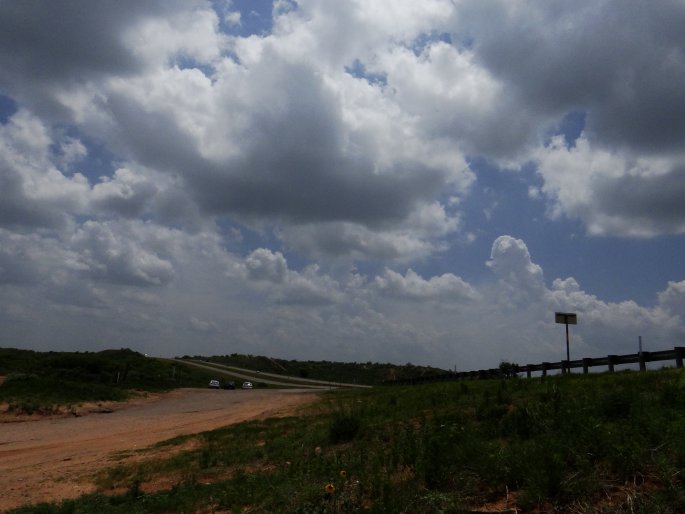 I continued south, and then watched from Amarillo for a few minutes. I headed west on I-40 towards Vega, with the plan of heading south on US-385. I was having trouble with getting data for a little while, so I was limited to what I could see.

Near Wildorado, the weather radio announced that there was a severe storm to my southeast, near Goodnight, TX. I stopped (and was able to get data again).

I turned around, drove back through Amarillo on I-40, and then turned towards Claredon on US-287 south.

I pulled over on a side road and just watched the sky some more. I didn’t take many pictures. I spoke to a family who owned a ranch down this road, and let them know about the Tornado Watch.

A few minutes later, a tornado was spotted north of Claredon. I continued south, and watched the cell. I was west of it, so I didn’t expect to see much.

I did, however, see a white, roped out tornado on the back of the cell. I did not get pulled over in time to take a photo, however, so you’ll just have to take my word for it. It was out in this direction, however. 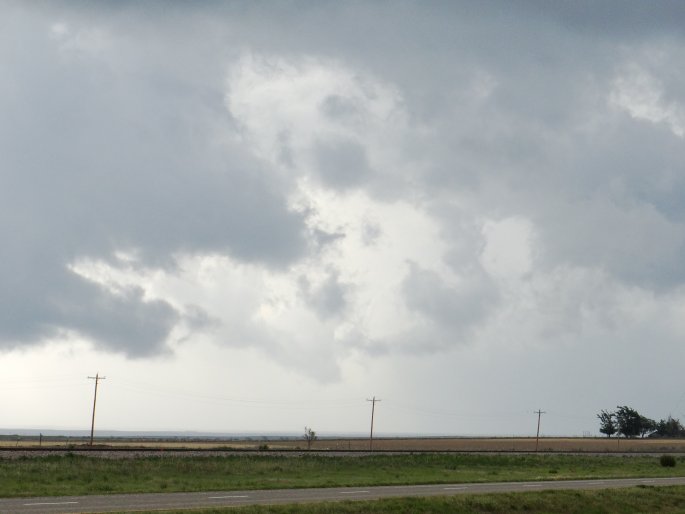 I fought my way through the rain and fueled up again in Claredon. As soon as I started pumping gas, the hail began. It never got larger than dime-sized, but it just kept falling. I watched the street fill up with water. Soon, I realized I could not actually drive out the south end of the lot, as it is deeper than the exhaust pipes on the car.

I waited under the overhang for a bit and then went US-287 north again. I had wanted to drop south on TX-70, but it was flooded. At Claude, I headed north on TX-207, and then I-40 east to TX-70, and then dropped south to Claredon. By then the storms were about over, so I headed back up 287 again. I was treated to a nice view of the sunset. 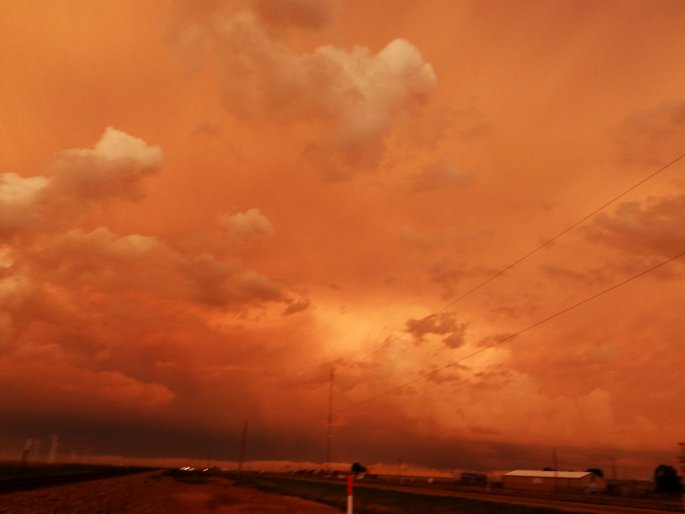 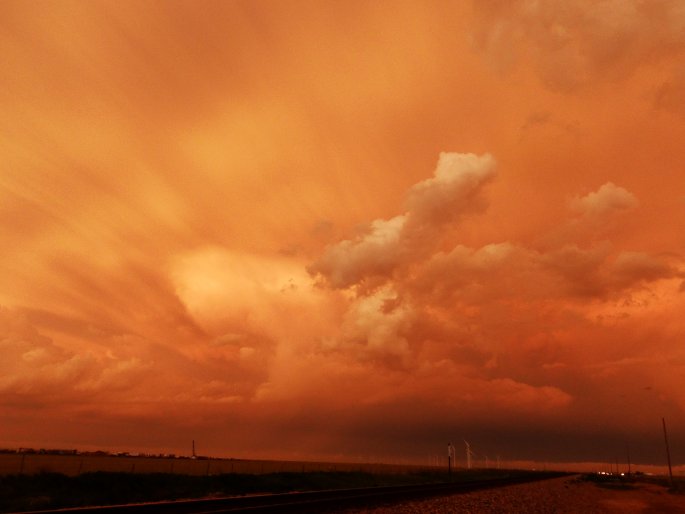 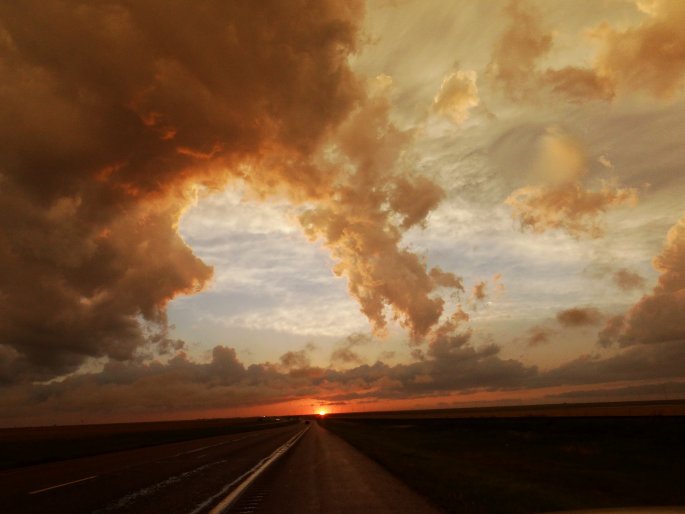 I ended up sleeping in my car at the TA in Amarillo, TX.

I will post more later on, and will add radar/satellite data.

This blog is about my tales in storm chasing. My name is Seth Price and I am an instrumentation instructor at New Mexico Tech. My amateur radio call sign is N3MRA.
View all posts by highplainschasing →
This entry was posted in Chase Account, Radar Imagery, Satellite Imagery, Severe Weather and tagged #meteorology, #weather, #wx, Claredon, meteorology, storm #stormchase, storm chase, tornado, weather. Bookmark the permalink.