Associated with this Enhanced Risk was a 10% Tornado Threat Ring.

We left Guymon and jogged east a few miles to enter the 10% Tornado Threat ring. We hung out at a park in Buffalo, OK, for a few minutes. The cumulus field was not quite as tempting here as it was farther north, so we drove north and ended up in Meade, KS, at another park to reevaluate.

From there, a few cumulus clouds, including this one (that would make the day quite interesting), were showing strong vertical development. This photo was taken in Clark County, a little ways south of Dodge City, KS. 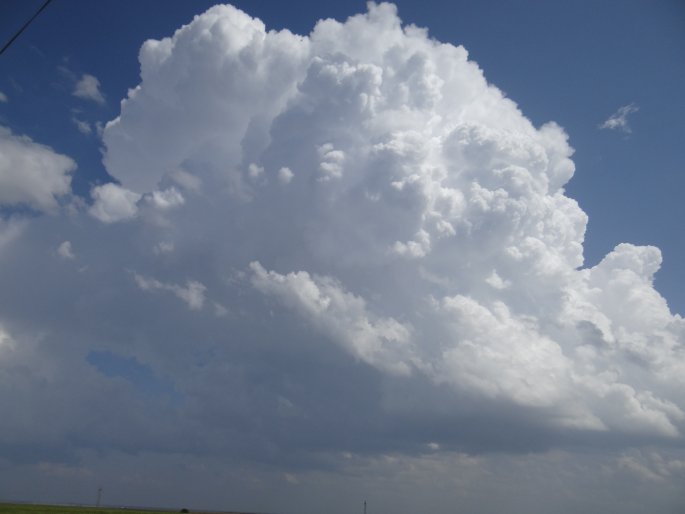 At first, we can see the rain-free base, though there are some rising cloud tags. 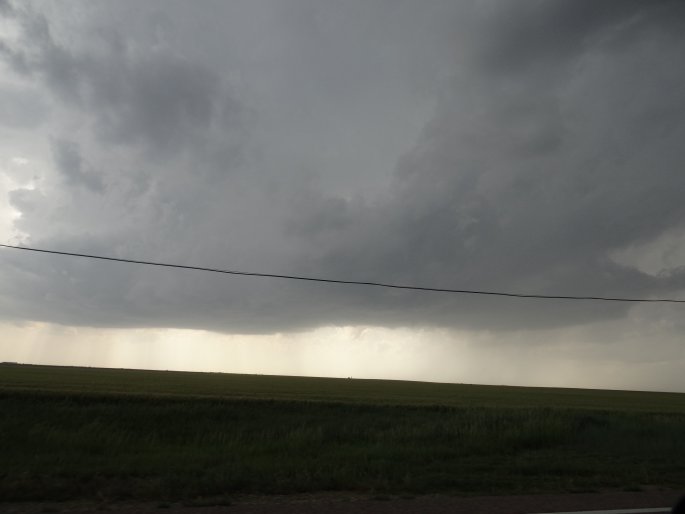 Those cloud tags rose and attached to the bottom of the base. From there, they began to rotate, forming a wall cloud. 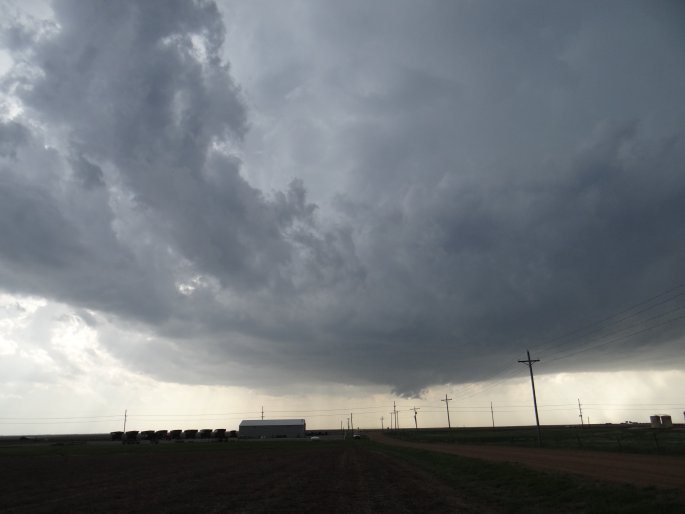 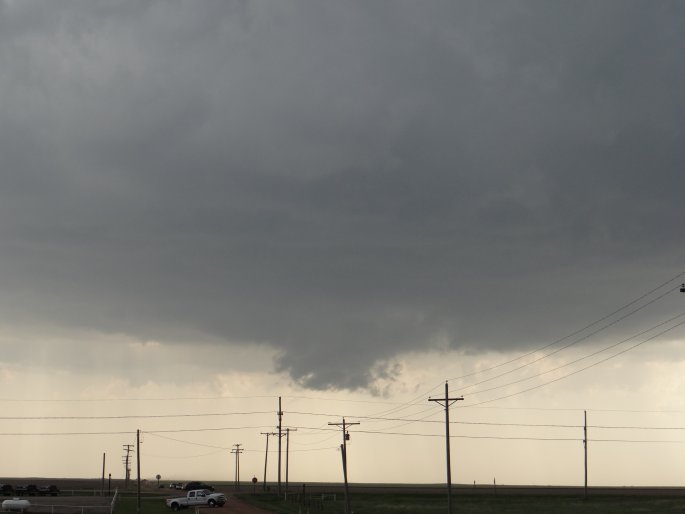 A few minutes pass, and then the first funnel becomes visible. 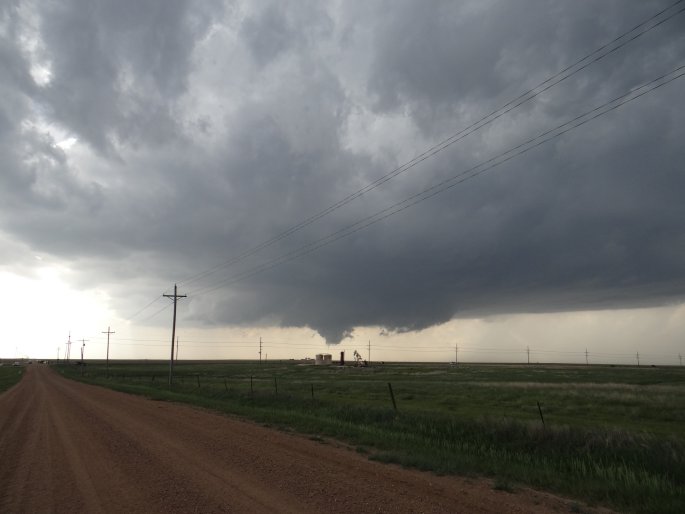 …and then, touchdown of our first tornado of the day! 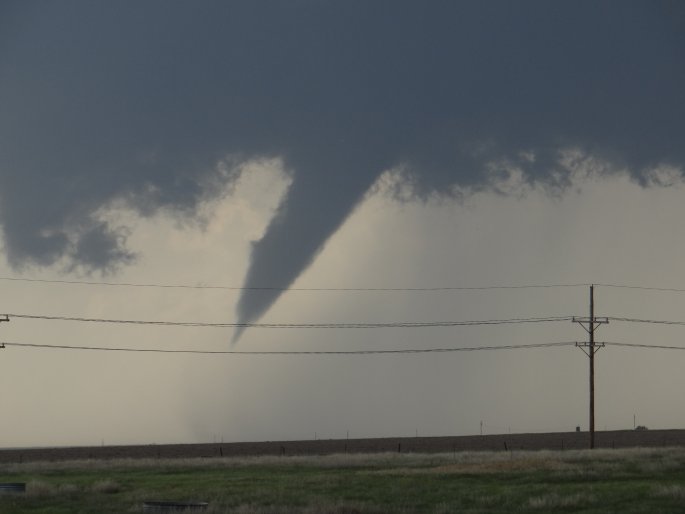 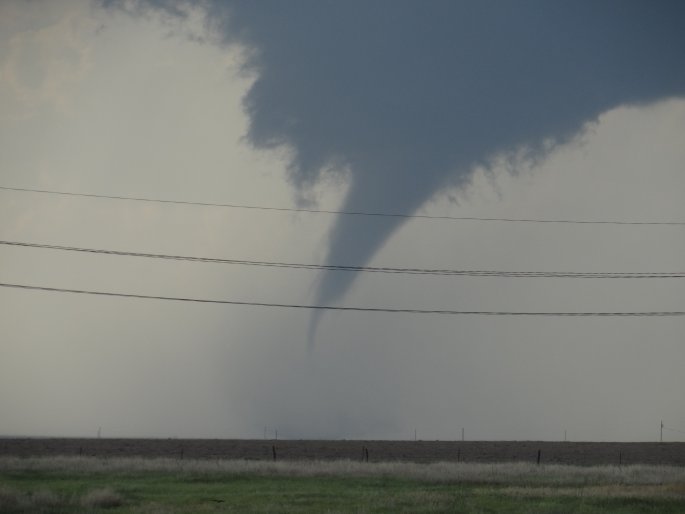 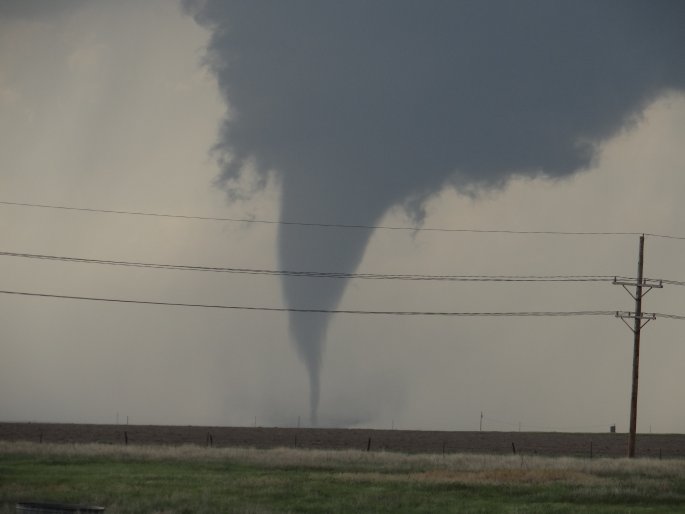 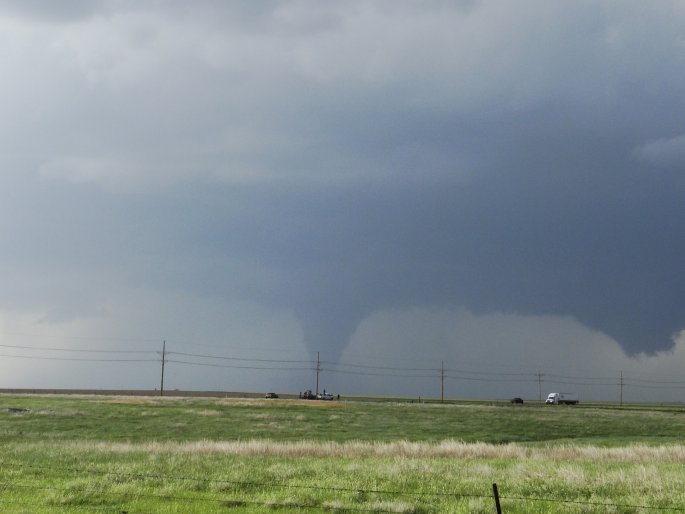 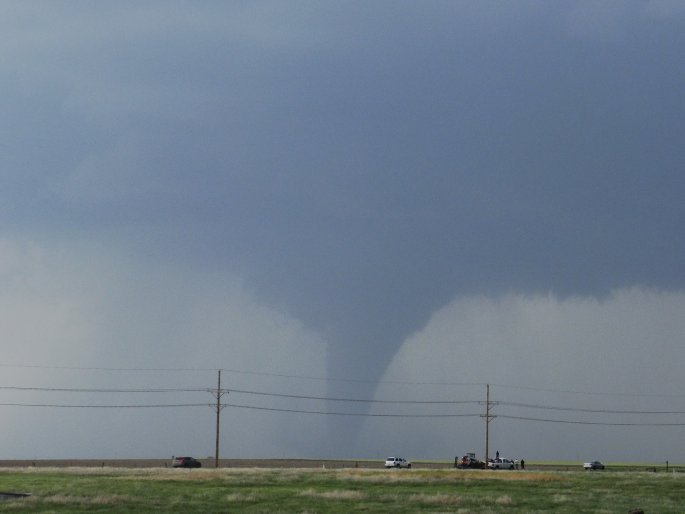 Here is my car and the first tornado of the day: 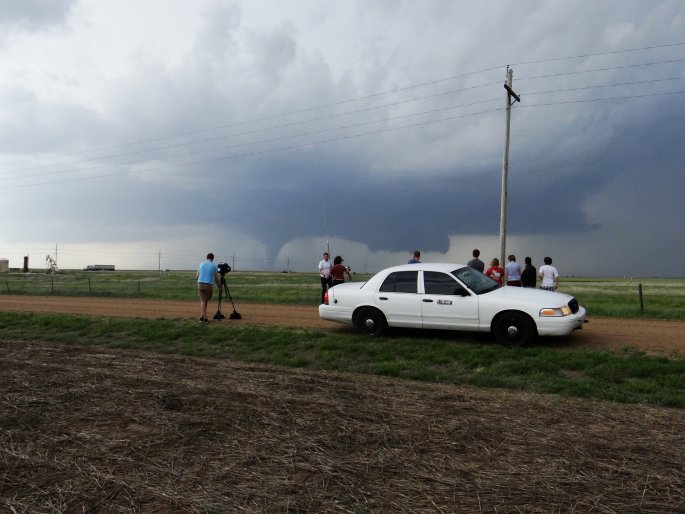 Our first tornado became occluded by rain and hail, so we continued north. Then came tornadoes two and three: 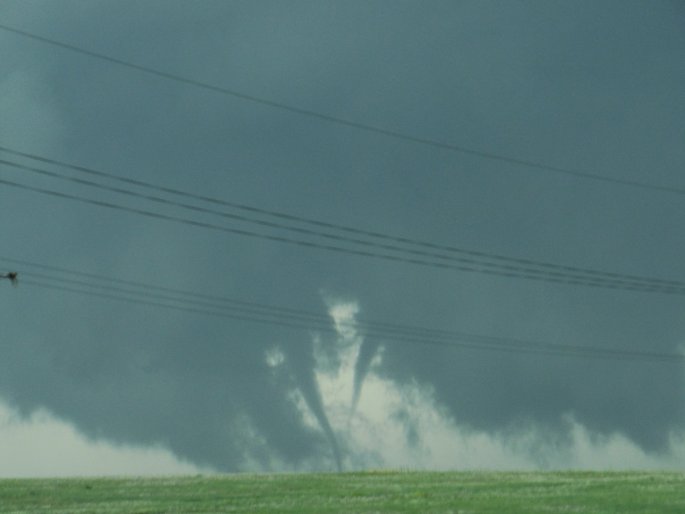 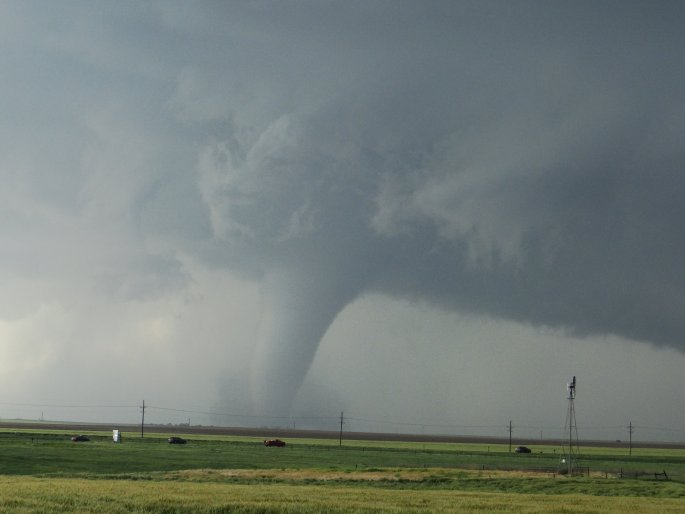 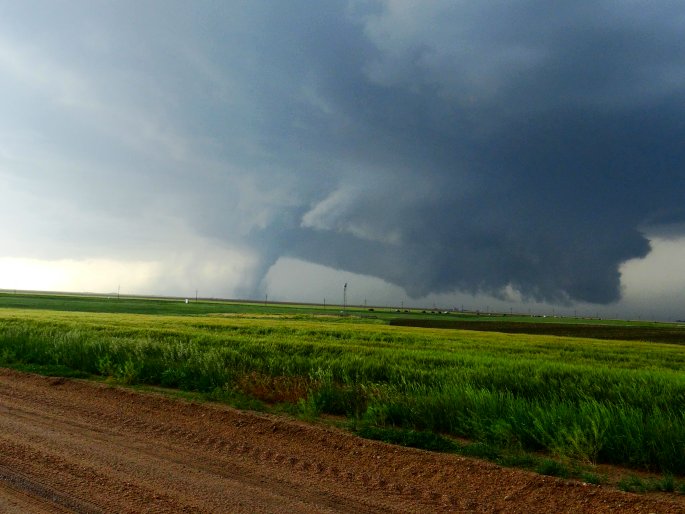 and, then at some point, there were three on the ground. I stopped counting. I put
numbers on the file names just to keep some sort of record, but we saw a number of new tornadoes while driving (that I did not photograph). 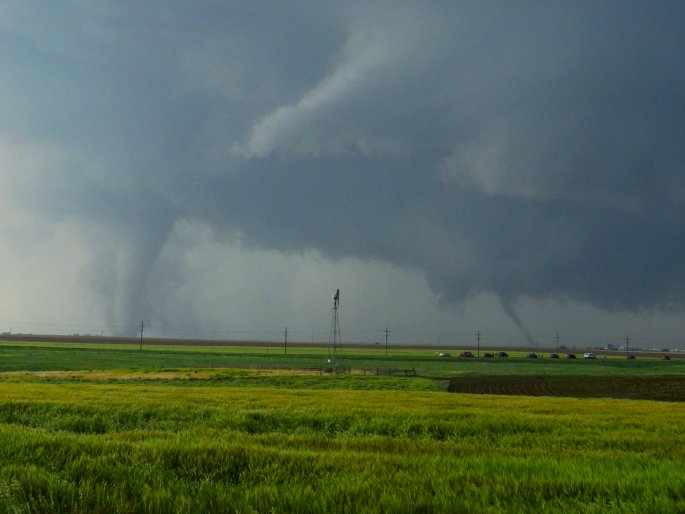 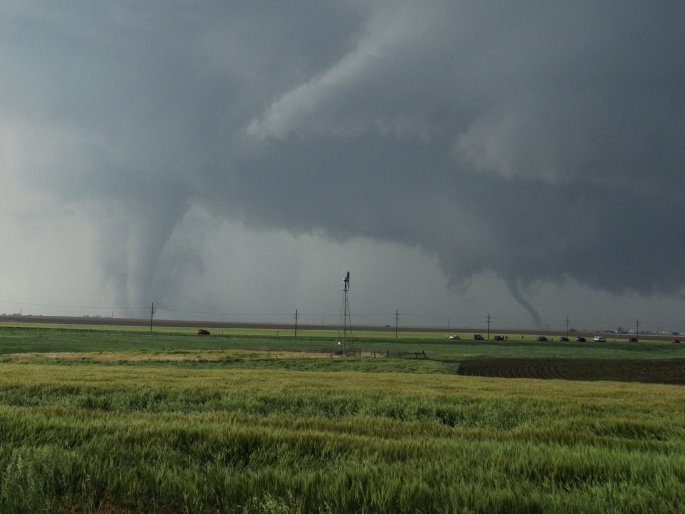 Our little cumulus puff had grown into a monster. Here is the new, violently rotating wall cloud: 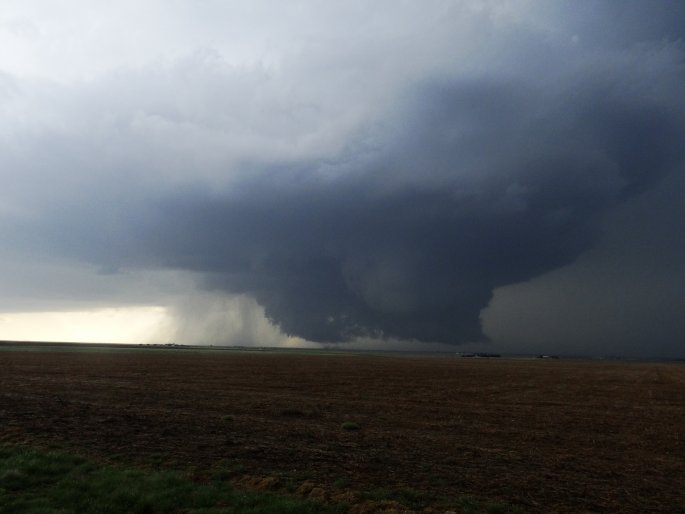 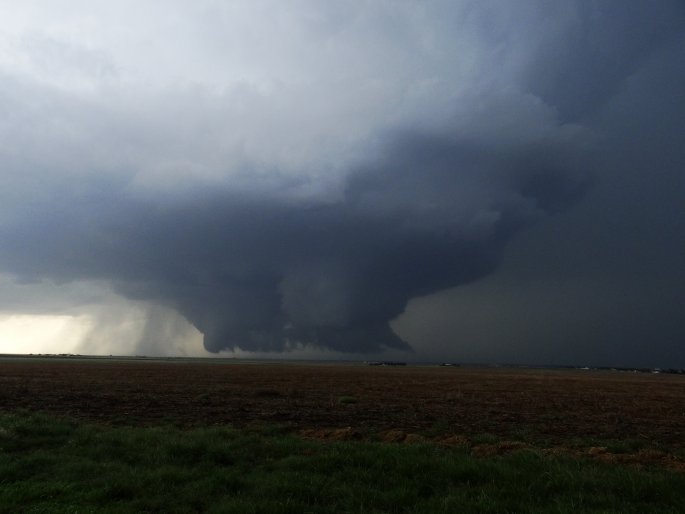 …and then, more tornadoes (look to the left corner of the lowest (wall) cloud: 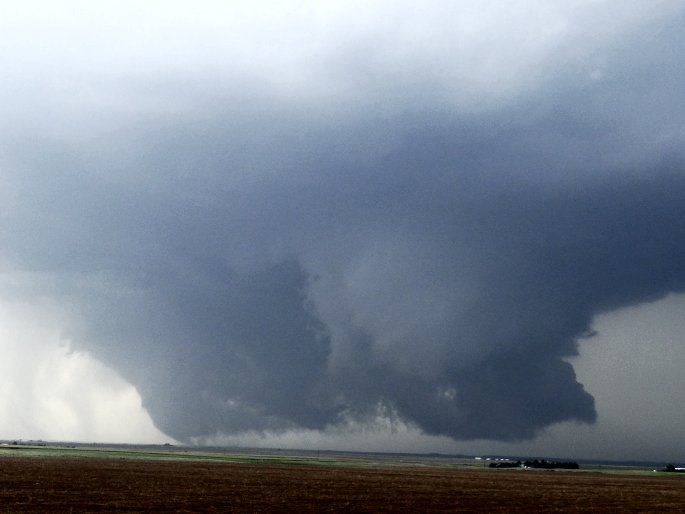 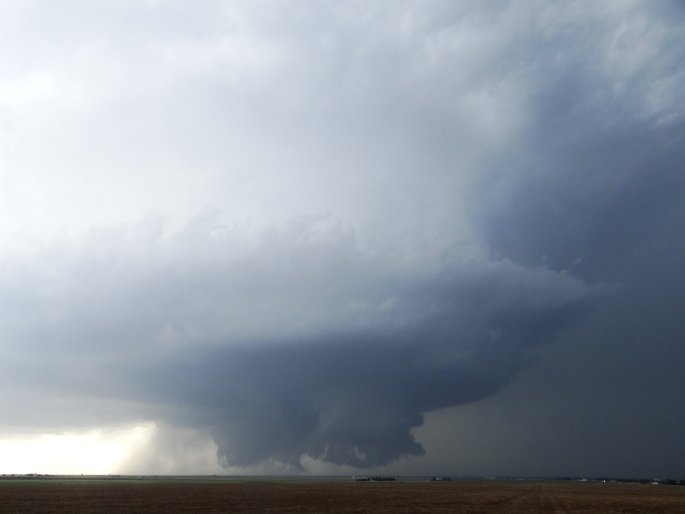 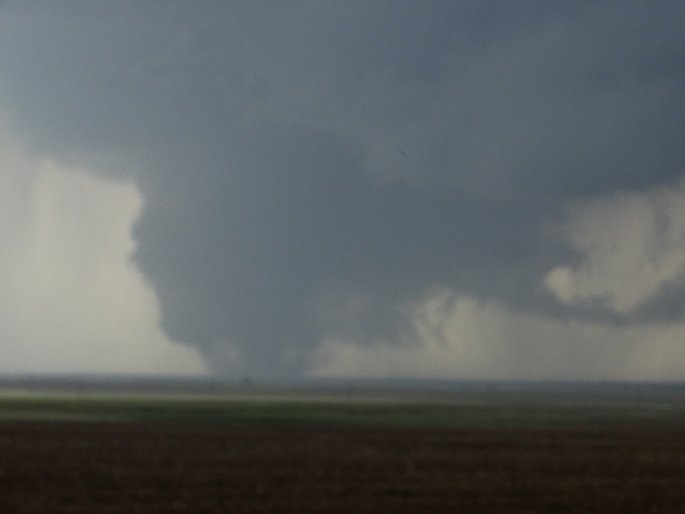 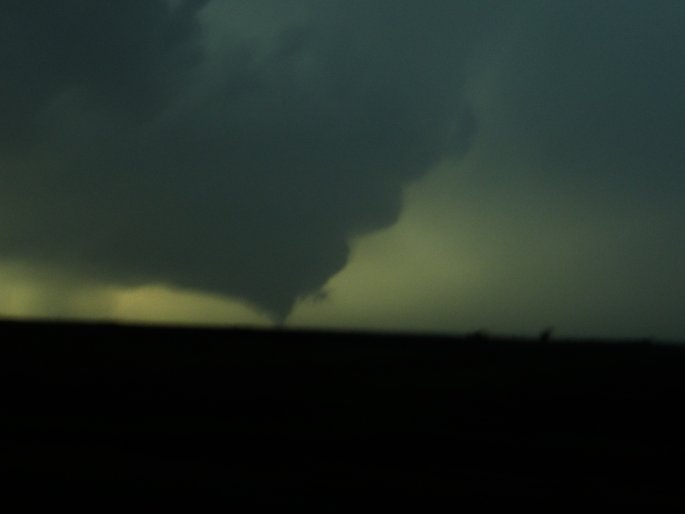 At the end of the day, in case somewhere between 12-15 tornadoes wasn’t enough, here was sunset in south central Kansas: 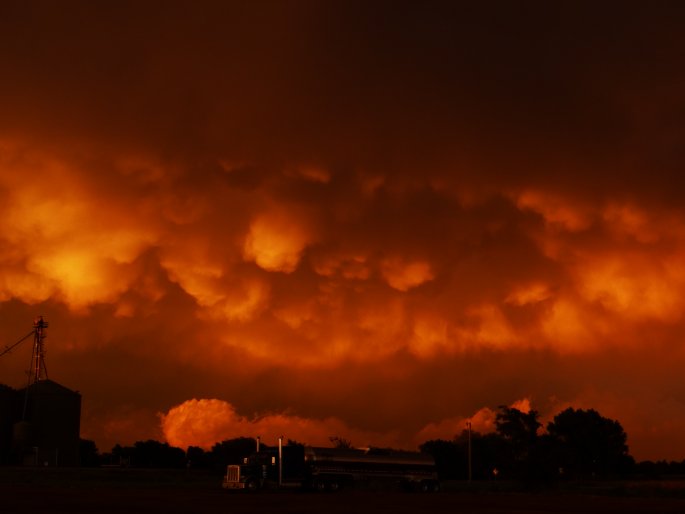 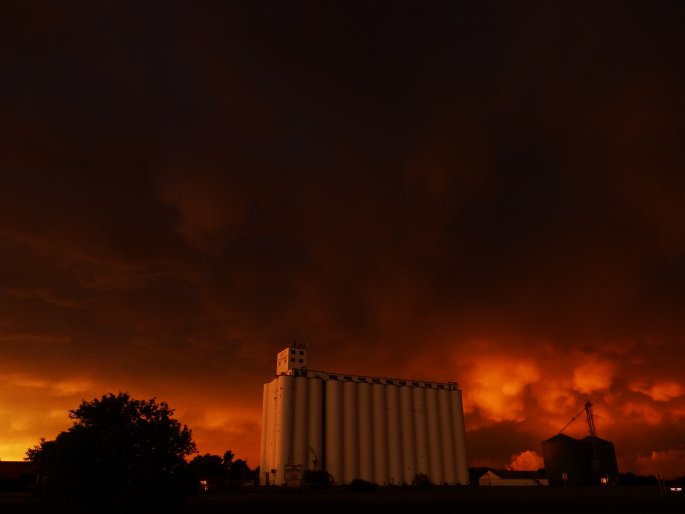 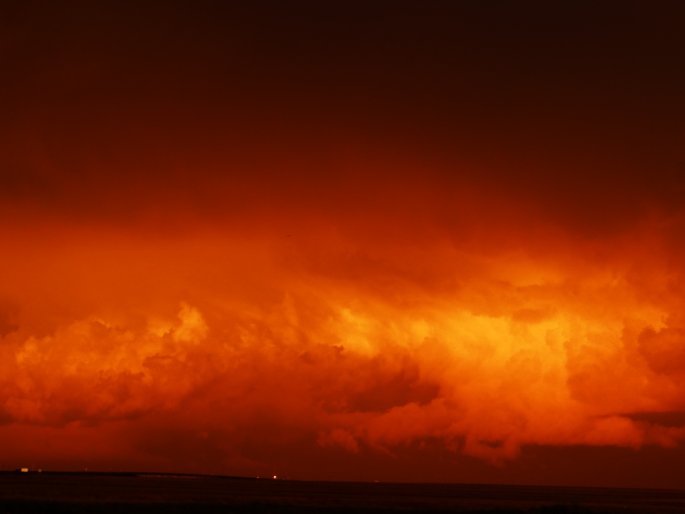 I will post so much more about this for days to come. This was an amazing day- I doubled the number of tornadoes I’ve seen in my career. We were chasing tornadoes on the ground for several hours. The Doppler on Wheels (DOW) group probably collected lots of data as well. Scientifically speaking, this was a historic day.

This blog is about my tales in storm chasing. My name is Seth Price and I am an instrumentation instructor at New Mexico Tech. My amateur radio call sign is N3MRA.
View all posts by highplainschasing →
This entry was posted in Chase Account, Photography, Severe Weather and tagged #kswx, #meteorology, #photography, #stormchase, #weather, #wx, Kansas, meteorology, photography, severe, storm chase, storm chasing, tornado, weather. Bookmark the permalink.