Yesterday, we targeted Kerrville, but ended up a little bit east, closer to San Antonio. Our best catch of the day was just north of Comfort, TX.

In Fort Stockton, there was no clouds. We headed east on I-10, with the intention of heading to Kerrville. Part of the way there, we decided to target Uvalde for better CAPE and a better looking visible satellite image. I will say that the Guadalupe River in this area might be one of the most scenic areas I’ve ever seen. It was beautiful, cliffs and river, and valleys and such. If you are ever in the San Antonio region, drive southwest to where the Guadalupe River goes through the Hill Country. You won’t be sorry.

We veered southeast, but then evaluated again at Rock Springs, TX. From there, we went east towards some cells that had begun to fire rapidly in the San Antonio metro area.

In Kerrville, we got on a very small, but especially potent rotating cell. Where we were, you could see moisture being pulled into the storm and spinning rapidly. I don’t have any photos or video, because I was driving at the time. You’ll just have to take my word for it.

We followed this storm for quite a ways, staying to the southeast. Eventually, the storm became obscured. We assumed it was because of precipitation at first, but when we stopped in Comfort to refuel- smoke. With all the rain over the last few days, there was a proscribed fire.

To our northeast was a cell that was showing some rotation on radar (the cell we saw rotating in Kerrville). It was only a few miles away, but we had a 500 ft cap of smoke obstructing the view. We drove five miles north on US-87 and looked back at our cell. 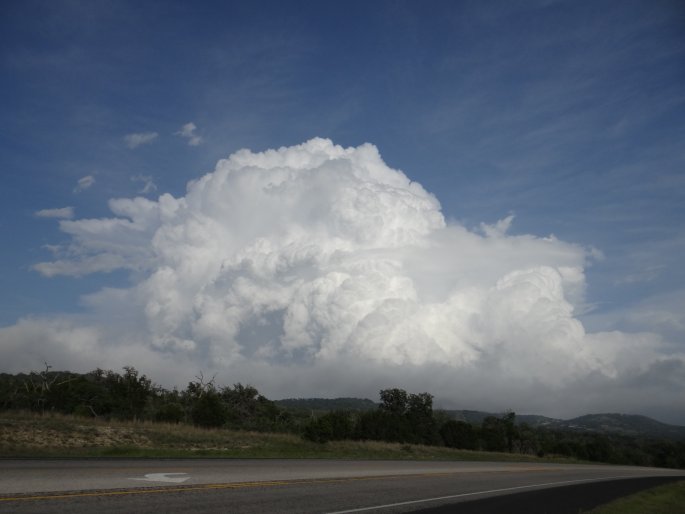 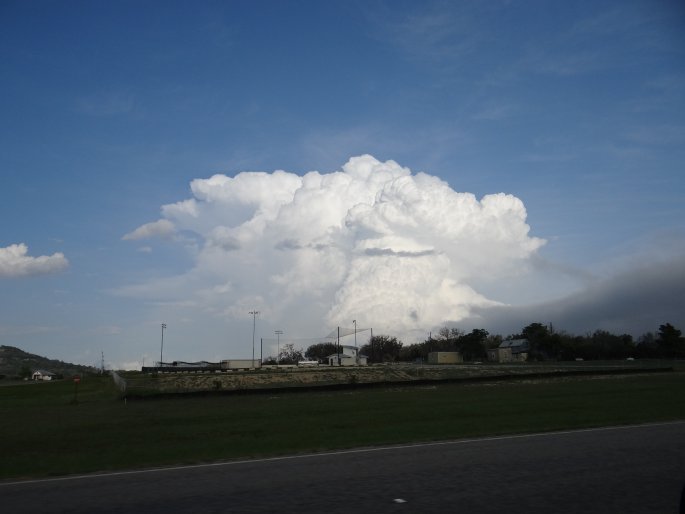 Amazingly, the inflow to the north end of the storm was so strong that the smoke bunched up right at the edge of our storm. This storm was pulling its inflow from the NORTH.

This cell was interesting on both radar and satellite- it wasn’t right. We will look into what was happening to it over the next few days. It made shapes on radar that I had not seen before and it did not behave like other storms on the boundary. 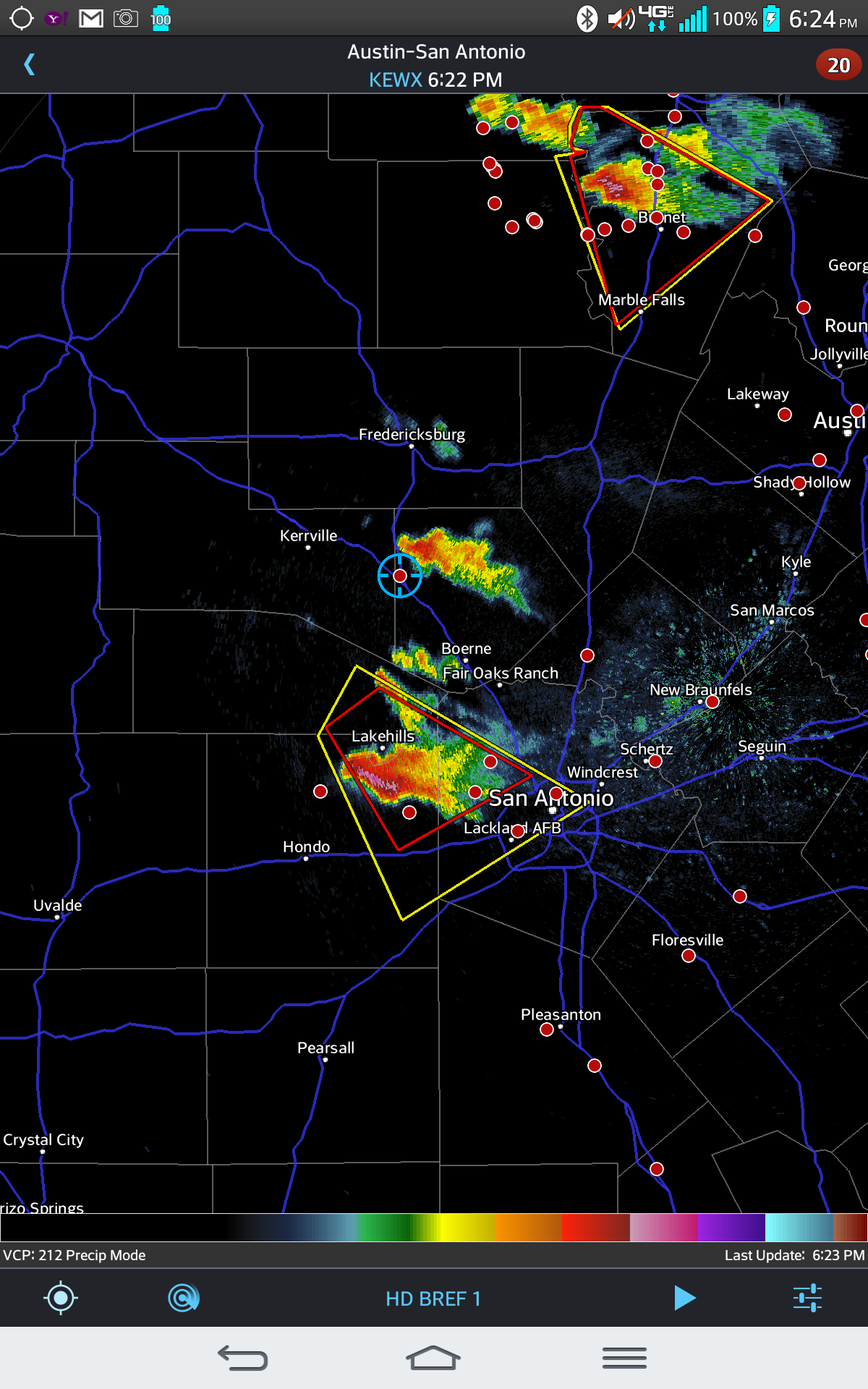 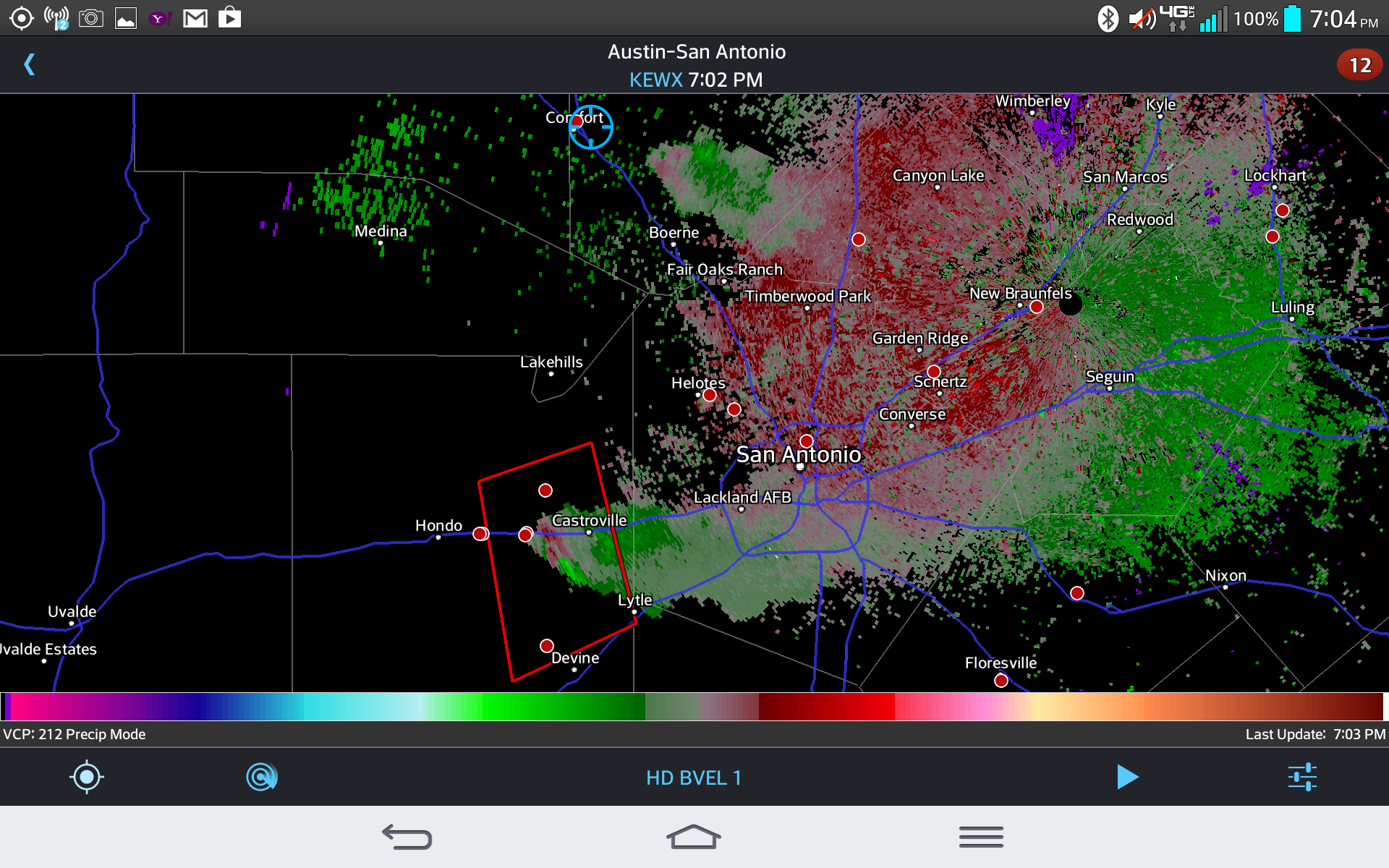 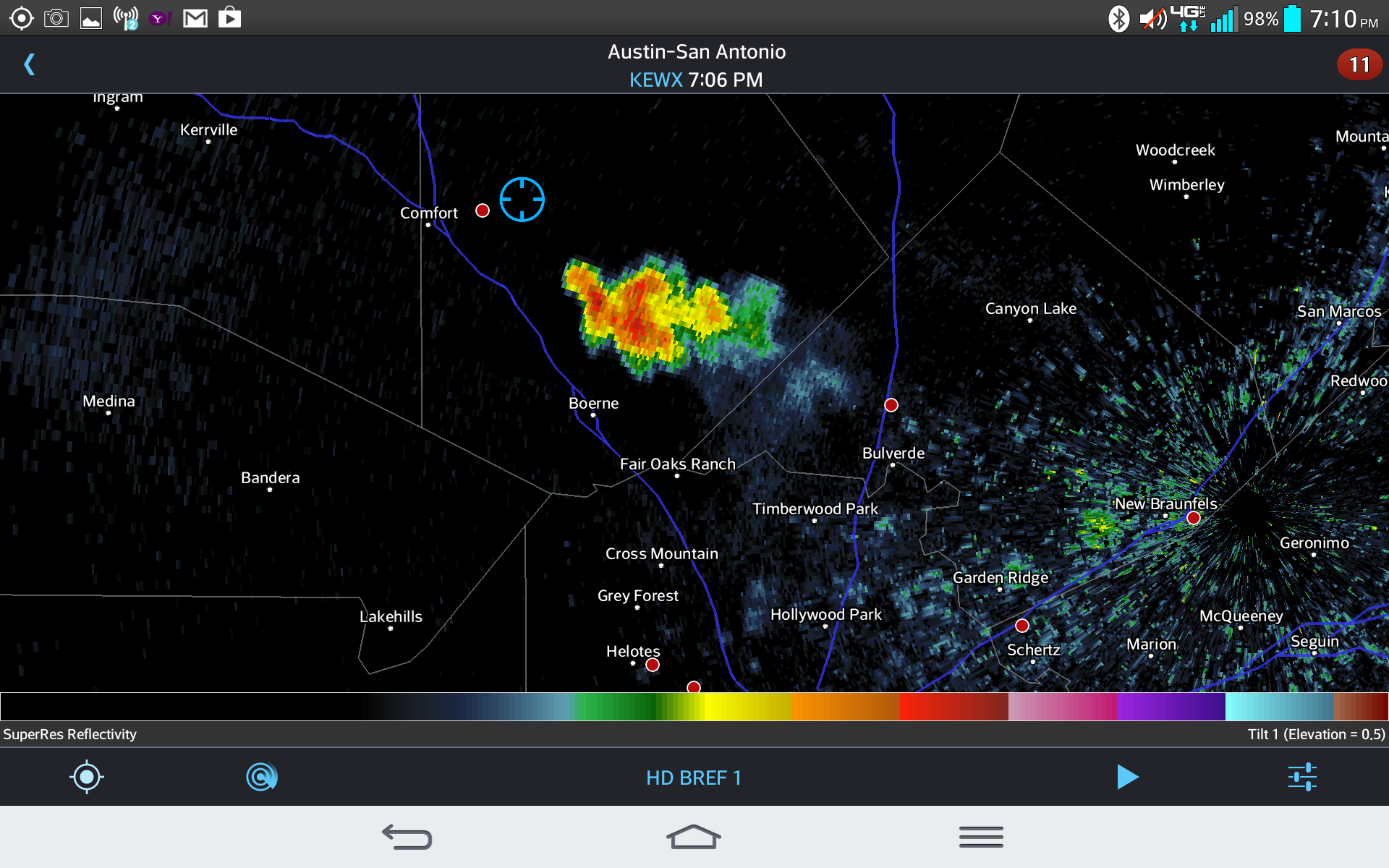 We tried to stay north of this storm, keeping on the inflow side, as well as keeping on the smoke-free side. Eventually the storm fizzled out, and we ventured north to Waco, TX for the night.

The outlook for today is not good for storm chasing. There is a 10% Tornado Threat Ring, if we were able to magically teleport from Waco, TX to northeastern Montana. We are instead going to go to the corner where Texas, Oklahoma, Louisiana and Arkansas come together. Here, there was a sounding that showed a forecasted CAPE of 1100 J/kg. There is no shear anywhere. I am not optimistic, but all of us are excited about being on the road, and so a trip to the Oklahoma border is more fun than sitting around Waco for the next few days.

This blog is about my tales in storm chasing. My name is Seth Price and I am an instrumentation instructor at New Mexico Tech. My amateur radio call sign is N3MRA.
View all posts by highplainschasing →
This entry was posted in Chase Account, Possible Chase Opportunity, Practicing Concepts and tagged photography, San Antonio, severe weather, slight risk, storm, storm chase, Texas, thunderhead, weather. Bookmark the permalink.