Yesterday, we started for Andrews, TX. A little ways down the road, we could see that the clouds were thinning to the east, and instead targeted Big Spring, TX.

Some cells began to fire east of Andrews, one of which began to produce a nice hook echo on radar. However, we thought that this was too early- cells were firing to its southwest, and the dynamics were better to the southwest. Other chase groups jumped at the first cell, and I was torn. I wanted to see storms, but I thought these first cells would die in the cap- and I didn’t want to get stuck on some HP cell to the north and miss the better dynamics in the south.

We pressed southwest, driving AWAY from the first few cells. Along I-20, I saw several of my old friends from Virginia Tech. We waved and tried to motion to each other about our radios, but then they turned north to follow the developing cells. We continued on I-20 southwest, dropping south on US-385 at Odessa. The satellite image below shows the Andrews cells. 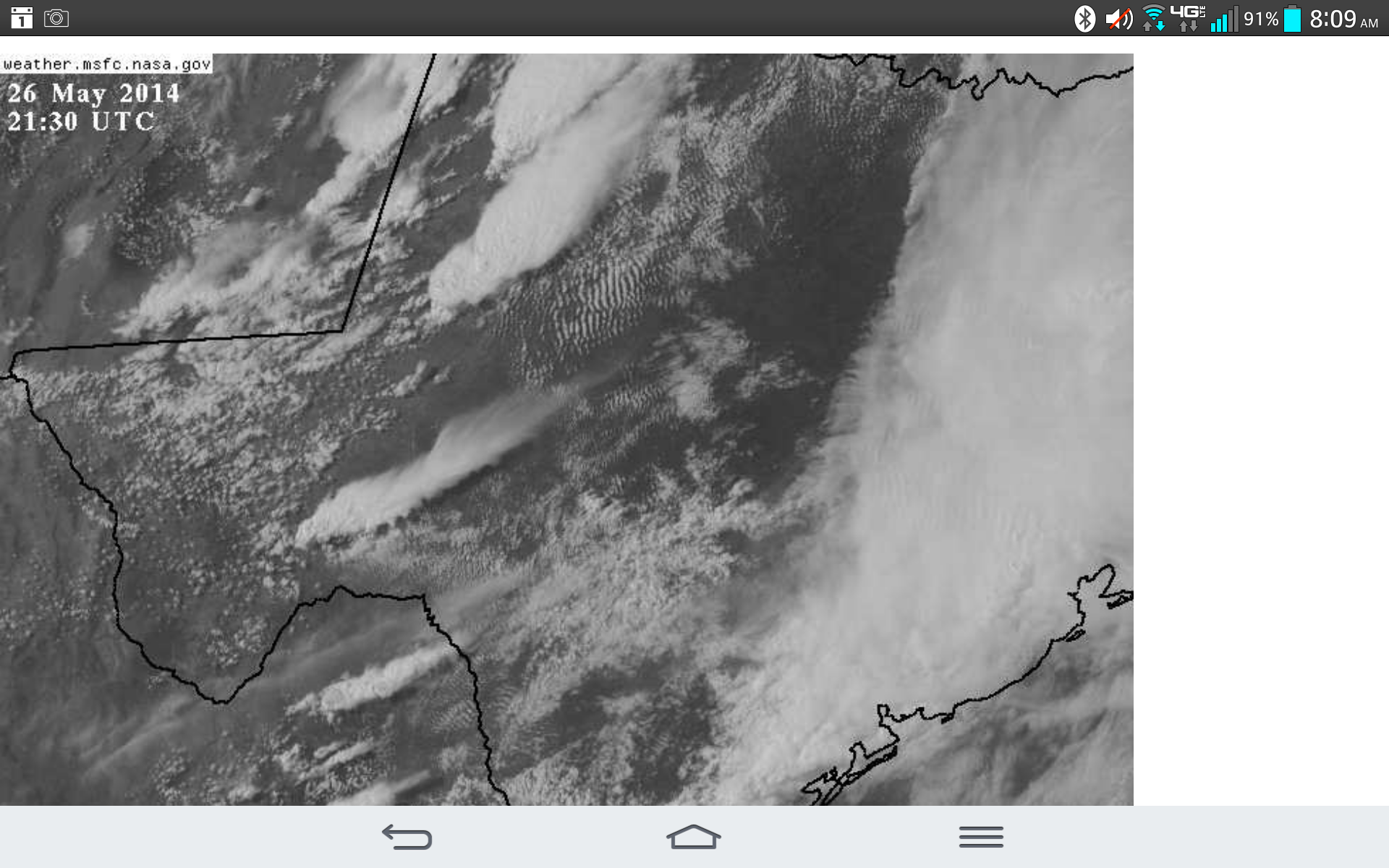 To our west were mostly clear skies. The cap was too strong. In Crane, we fueled up and turned around. A few cells were beginning to develop. We followed a weak one east for a ways until it came apart. 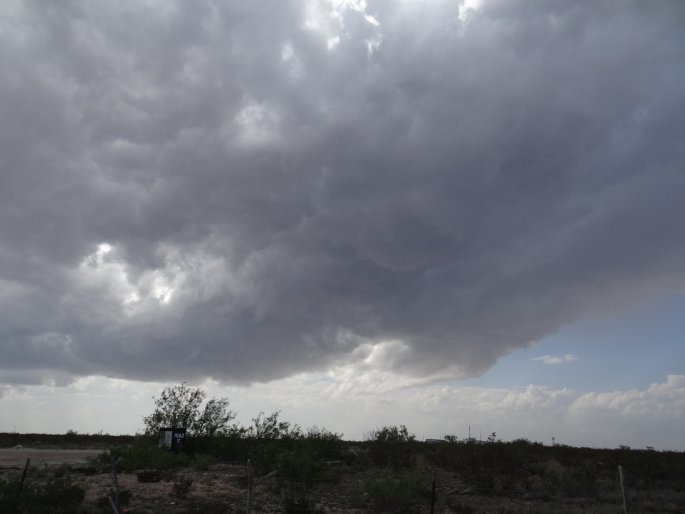 By then, the cells that had developed near Andrews had been tracking southwest all afternoon, and were now south of I-20. The first two cells had produced several outflow boundaries to that were going to cross into our area of better dynamics.

We took a few photos of the larger cells from a distance, and then watched as a flanking line developed along the outflow boundary. 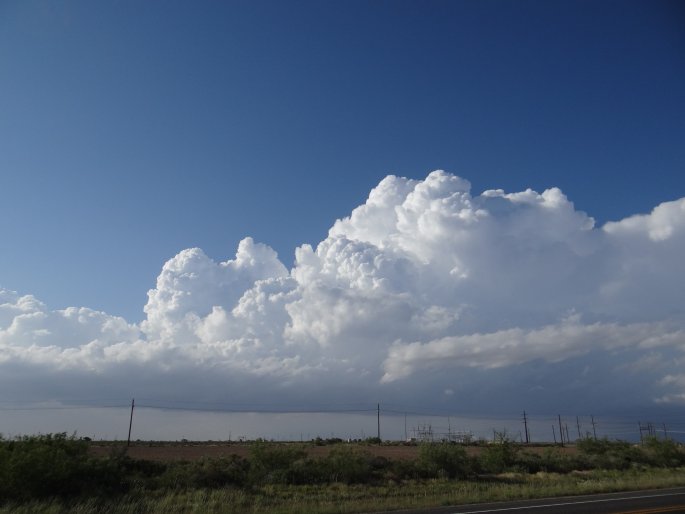 One after another, towers formed to our north. We jogged east on FM1357, driving through Reagan and Glasscock counties. 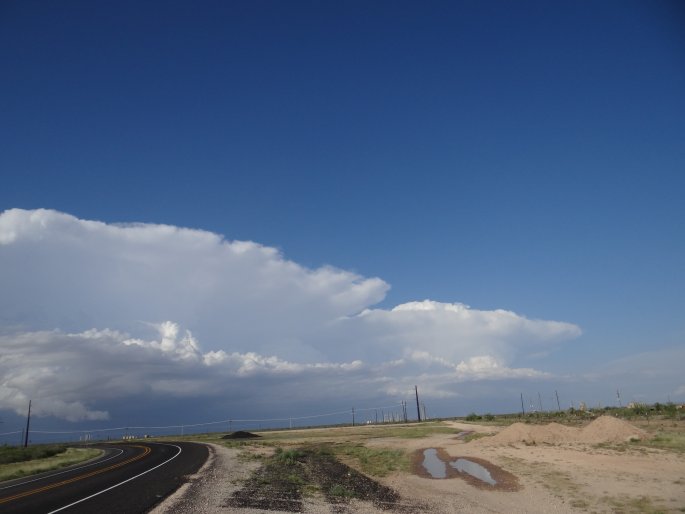 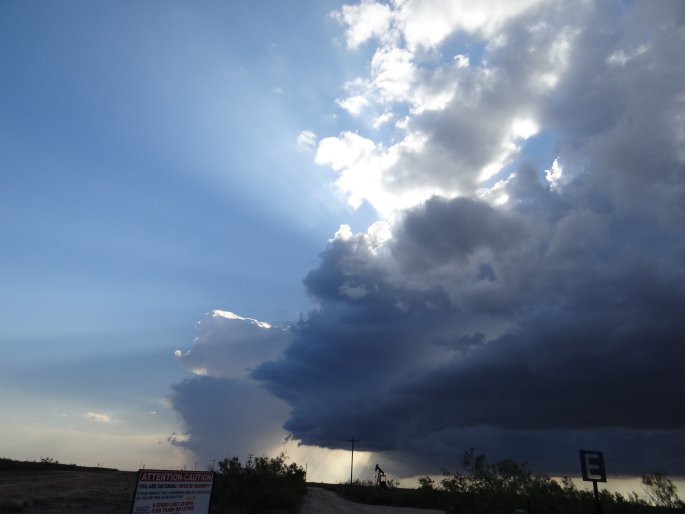 Each of these cells was producing a ton of inflow and outflow dust (depending on where you were looking), and one of the westernmost cells had a nice hook echo on radar. 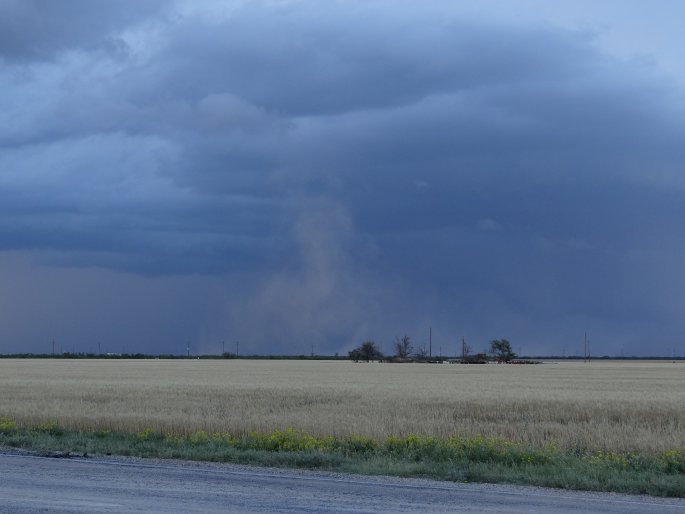 We stopped several times to photograph the incoming storms. At one point, we were moving south and the storms were advancing southeast. We took several photos of the cells and the associated shelf cloud. 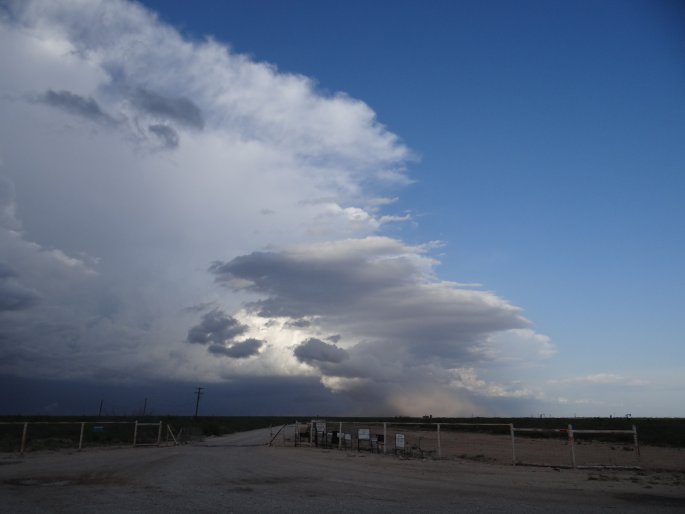 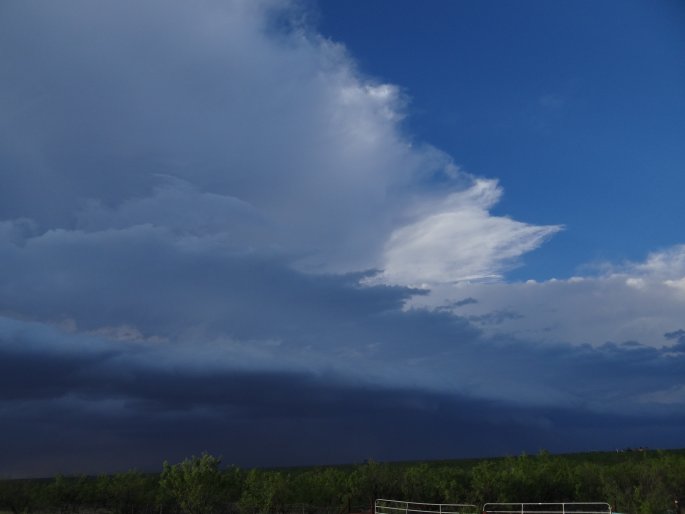 We reached a crossroads with TX-137. We could go south away from the storm, or north towards the storm, with the caveat that we would need to turn around quickly and leave as the hook passed. 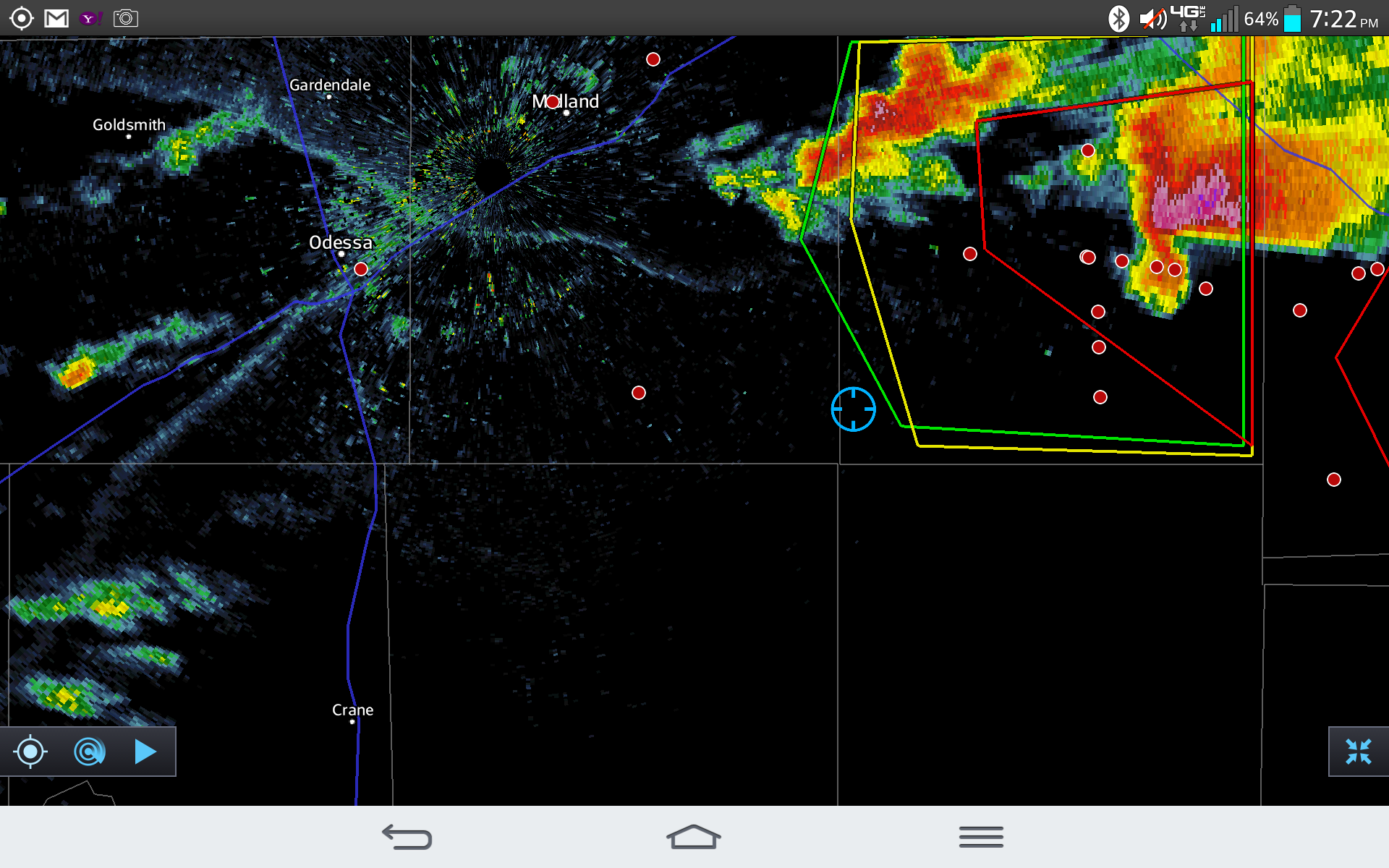 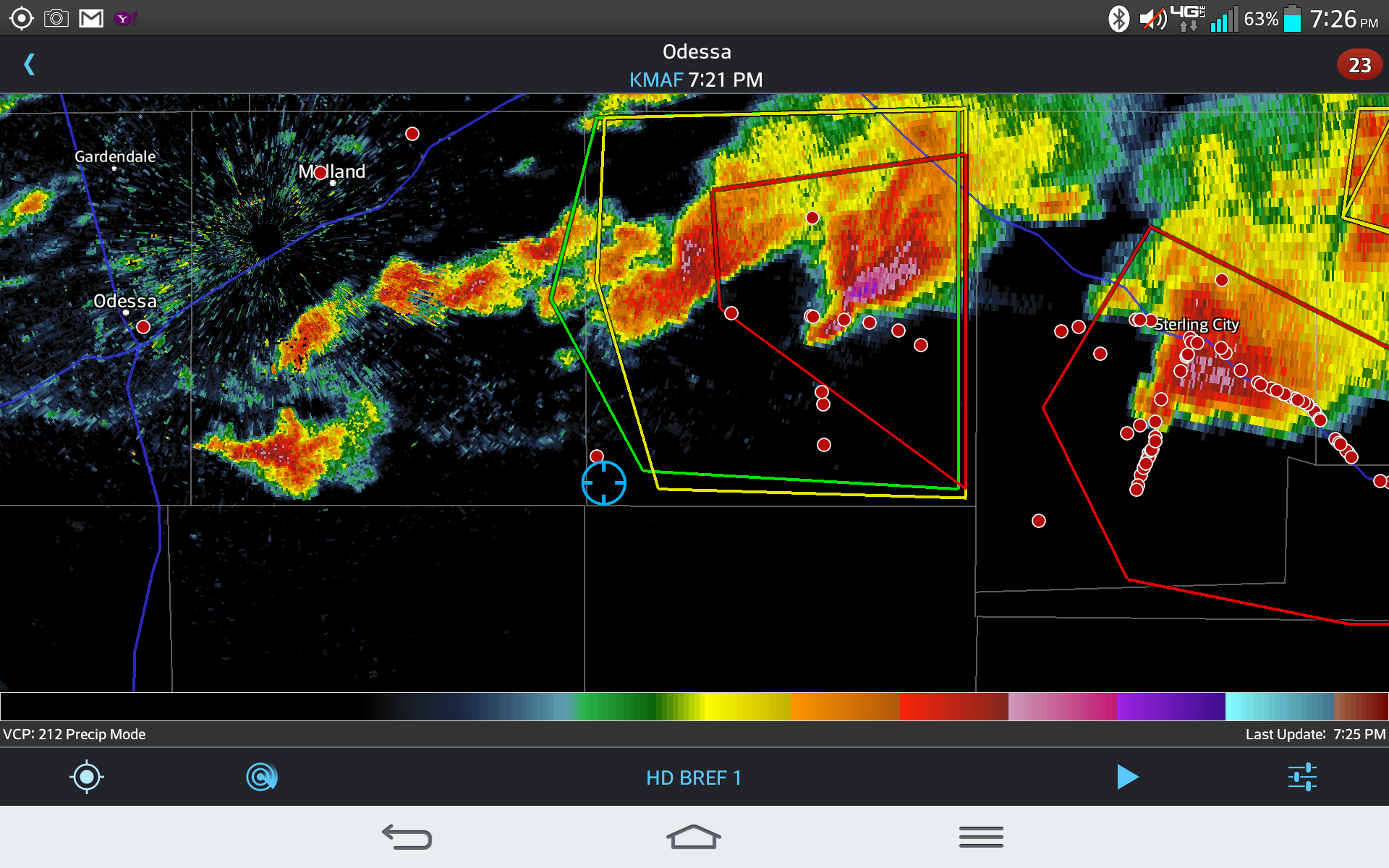 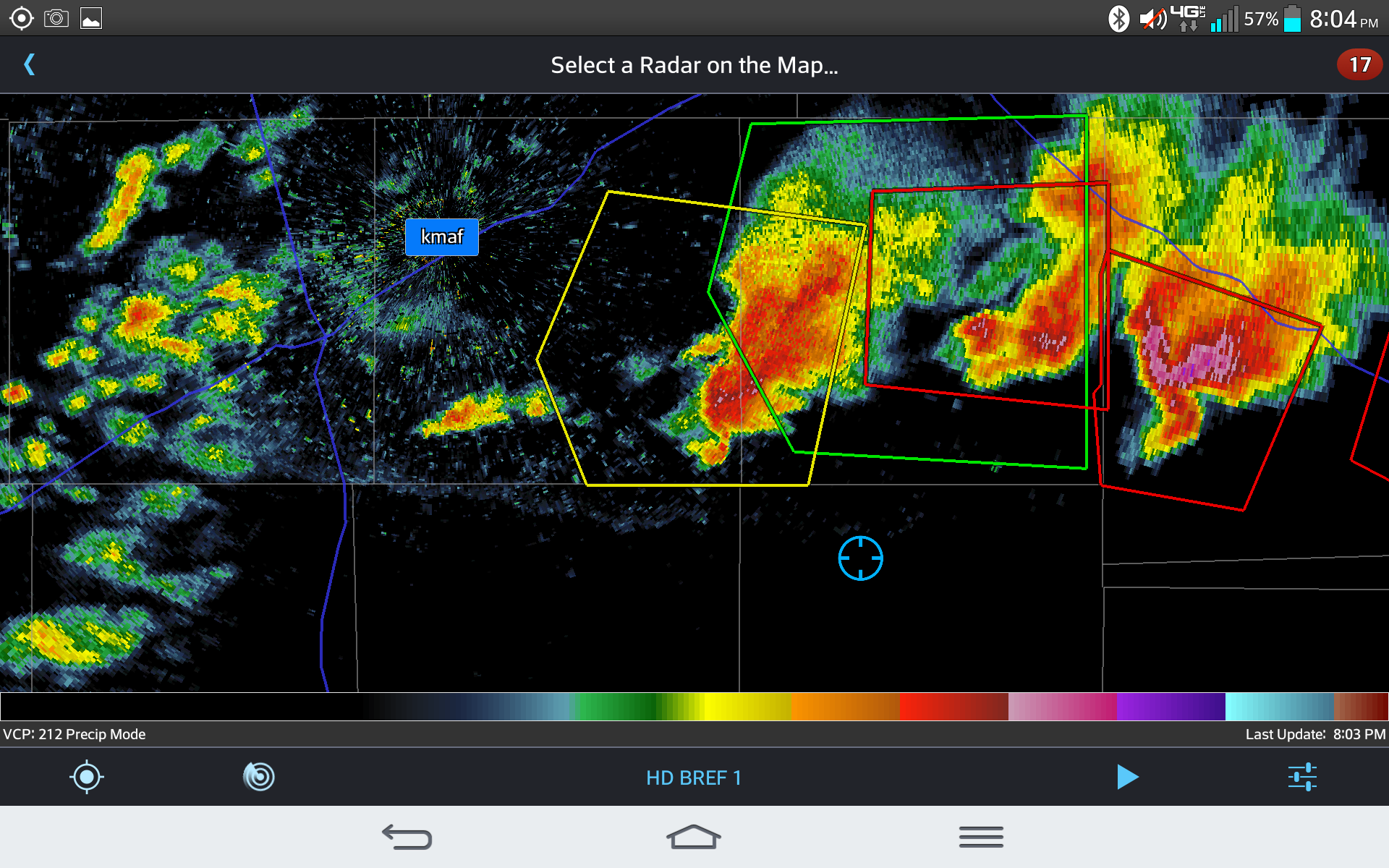 We opted to go north and saw an incredible wall cloud. It was low to the ground, and you could see the precipitation wrapped behind the core. At first, there was warm wind at my back- the inflow of the storm. Soon after, there was cold wind at my face- the outflow (rear flank downdraft-RFD) of the storm. 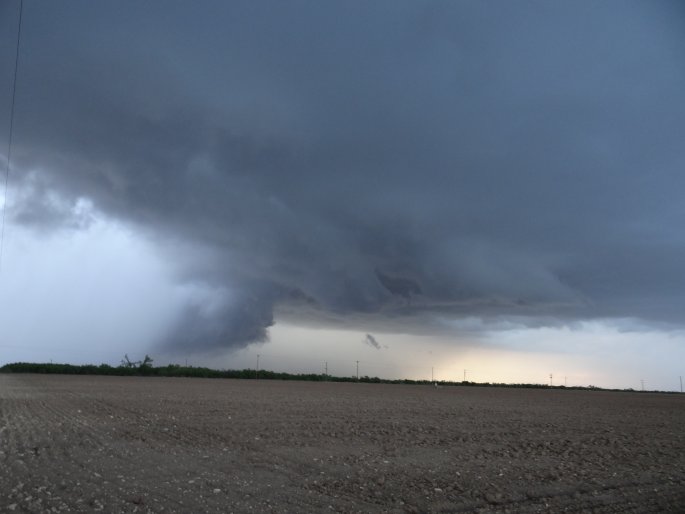 While the storm didn’t tornado, it was an incredible sight.

The storm passed to our north, and then to our east. We stopped to take a few sunset photos, and then drove south to Big Lake. 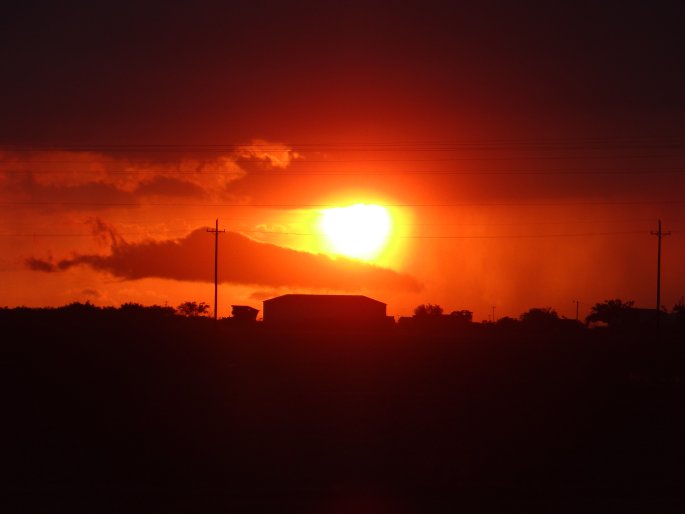 At Big Lake, we ate dinner, and then jogged north again briefly to attempt some more lightning photography.

Today, the Storm Prediction Center (SPC) has issued a Slight Risk for a large portion of Texas.

Associated with this Slight Risk is a 5% Tornado Threat Ring.

The are no soundings in the area where I would target today. However, if I overlay the 300 mb winds and the 850 mb winds, I see a good target area for shear.

We have clear skies over us in Fort Stockton, but the moisture is all southeast of here. I think we will drift east on I-10 towards Kerrville for the day. We may drop south, depending on later updates.

This blog is about my tales in storm chasing. My name is Seth Price and I am an instrumentation instructor at New Mexico Tech. My amateur radio call sign is N3MRA.
View all posts by highplainschasing →
This entry was posted in Chase Account, Practicing Concepts, Predictions and tagged 5% tornado ring, hook echo, meteorology, photography, severe weather, Skywarn, slight risk, storm, storm chasing, tornado, weather. Bookmark the permalink.