Yesterday, the chances of storms were slim. We spent the night in Waco, TX at a really nice Quality Inn, and were well rested to start the day.

When we left Waco, there were cumulus clouds going up all over eastern Texas. There was no shear anywhere, to be purchased at any price. The day was hot and humid, but with no shear, and no upper level dynamics (the low pressure system had moved near the Louisiana border), severe storms were unlikely.

We followed a few taller cells through Palestine, TX and then through Nacogdoches, TX. With no danger of hail or tornadoes, we punched the core of a small cell and got rained on for a few minutes.

Once we reached the other side, we took a really shady county road over a “bridge”. This bridge was a few boards over a swollen creek- two sets of boards where the tires were supposed to roll. I took this bridge way too fast, but other than having another underpants-ruining moment, we escaped without injury to the us or our vehicle.

Once we reached the other state highway, we pulled over in a church parking lot to evaluate. There, our customer made an announcement: she was going to stay in town, and then head home. She said she’d had a great time, but with literally zero chances of storms, she was not up for driving around. She reiterated many times that she’d had a great time, and had learned a lot on our trip, and would consider it again next year- hopefully with better (or worse) weather.

We turned around and watched the dying cell from afar- bidding it, Storm Chase 2014, and our friend and first customer farewell. 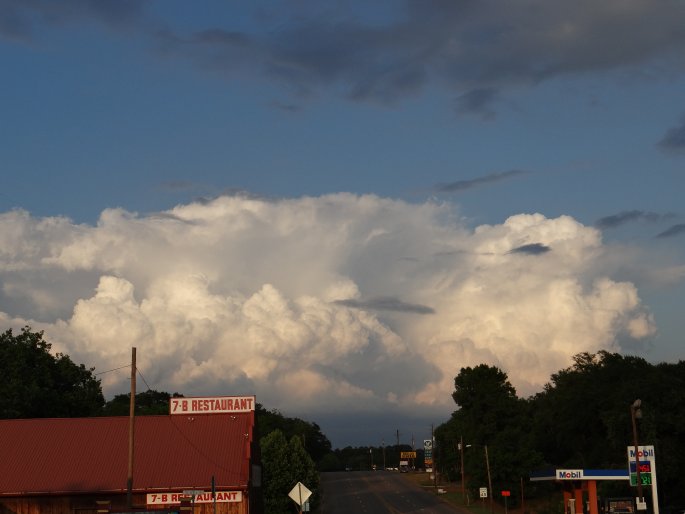 With that, we began the trek back to New Mexico. Southeast of Dallas, we stopped by Lake Palestine at sunset to take a few photos of the dying daytime convective cells at sunset. These cells had no chance of going severe, but they did bring some needed rain to Texas. 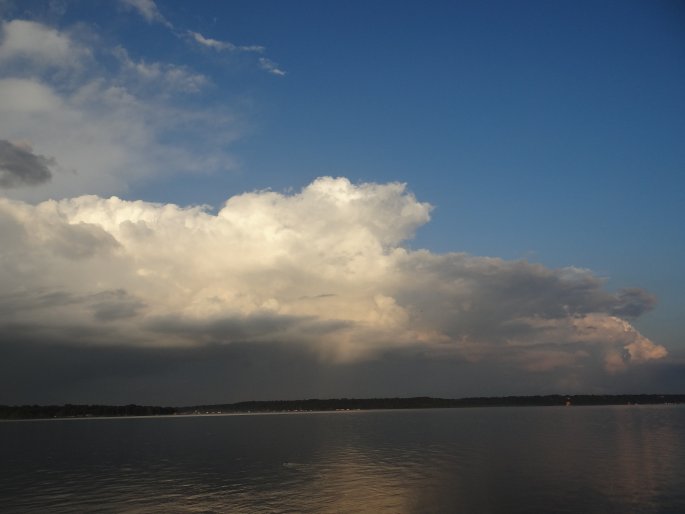 The storm did rain and produce some neat rising cloud tags, but never approached the severe limits: 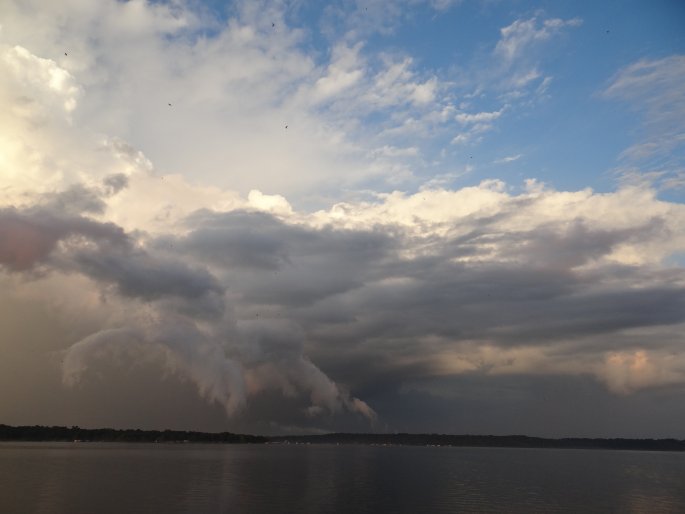 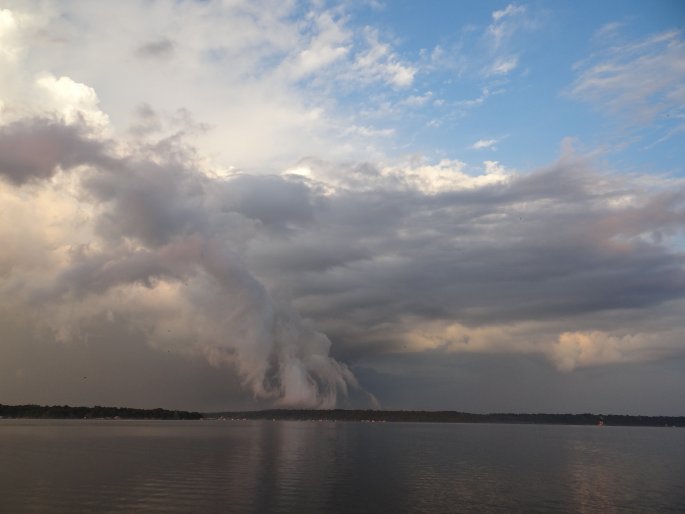 Eventually, the storm melted back into the atmosphere, leaving a rainbow at sunset before disappearing completely. 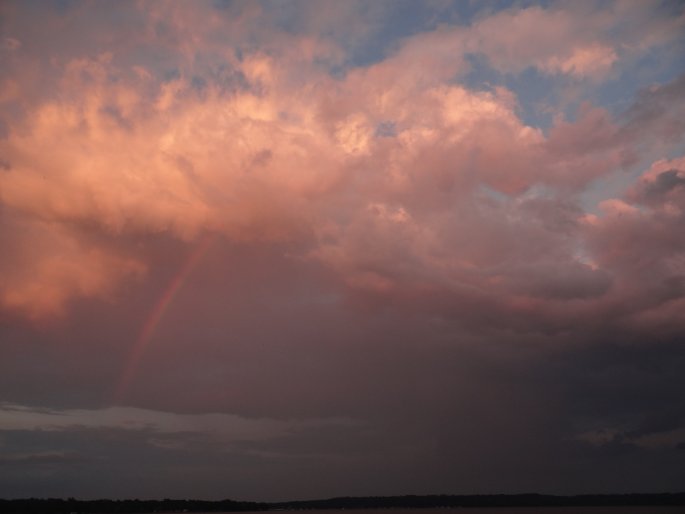 We spent the night in Dallas, TX and are currently eating sandwiches in Amarillo, TX.

There may be another opportunity to chase this year, and certainly check here for updates. I hope you enjoyed this post!

This blog is about my tales in storm chasing. My name is Seth Price and I am an instrumentation instructor at New Mexico Tech. My amateur radio call sign is N3MRA.
View all posts by highplainschasing →
This entry was posted in Chase Account and tagged cloud, meteorology, photography, rainbow, severe weather, storm, storm chase, thunderhead, weather. Bookmark the permalink.