We started out our morning by attending the Virginia Tech Storm Chase Team’s forecast meeting.  While we were there, we met up with a few alumni as well who happened to be in the area (we had met one of them in Boulder the previous week). 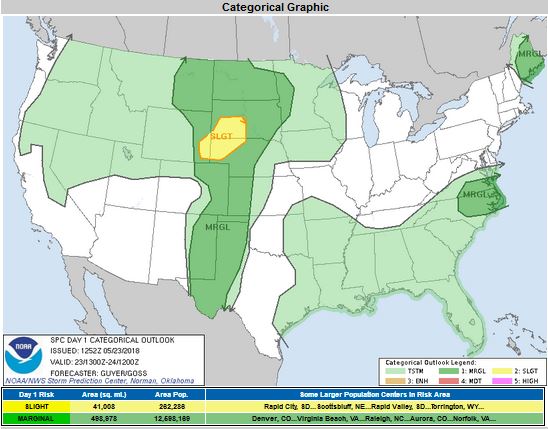 However, there was less than a 2% Tornado Threat.  Instead, we may find a few supercells with hail, wind and structure.

The Hokies were going to roll out at check-out time and head towards Nebraska.  We were all packed up, so we instead took a brief trip to Wyoming, just because Raegan had never been there before.  We met back up with the Hokies near Fort Morgan, CO, and watched a few cells develop and die, moisture-starved.

A few cells continued to fire, including one that dropped a brief tornado near Sterling, CO.  I barely saw it at all, but my crew saw it and was able to photograph it.  I did not get a photo, however.

We tracked some cells into western Nebraska, where they became much more intense. 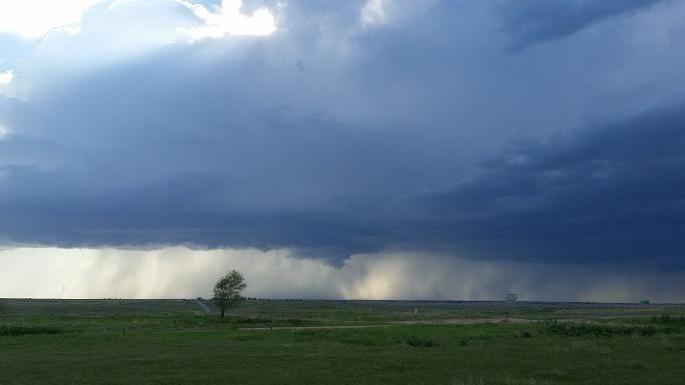 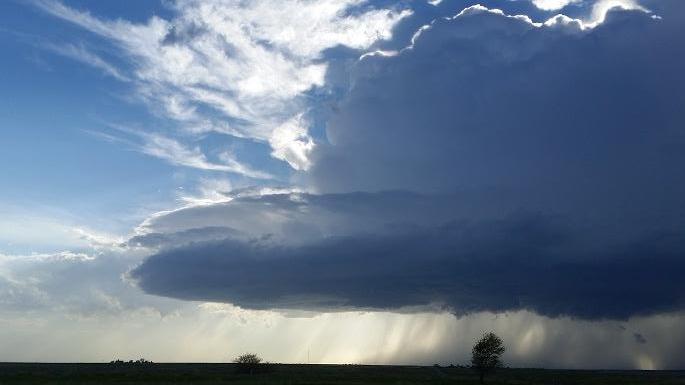 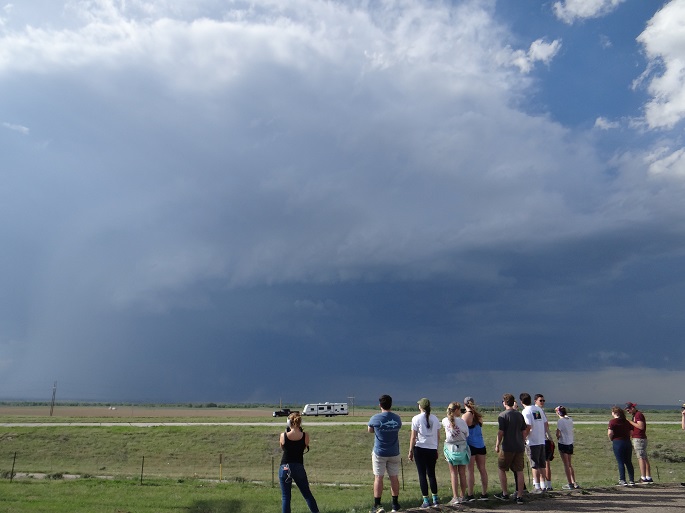 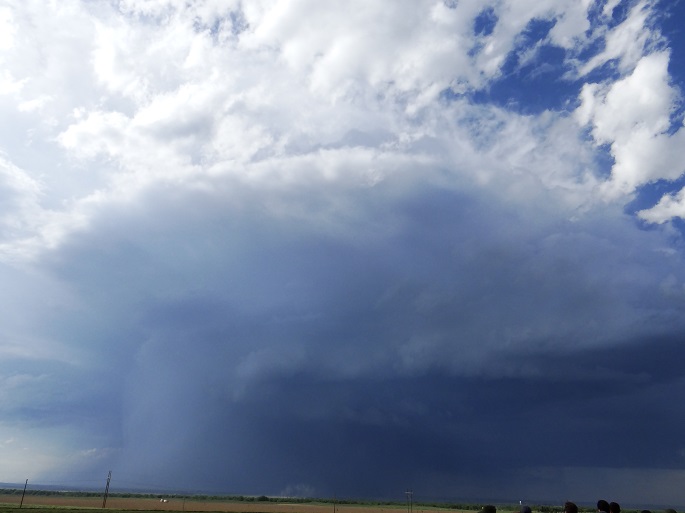 I took an accidental panorama, and got Raegan in the photo!  I think it’s great! 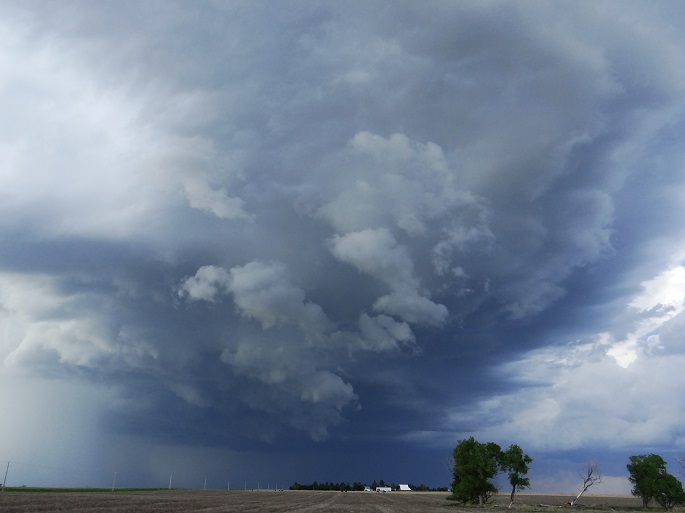 These cells persisted into the early evening hours.  We decided to break off our final chase night (as a chase team) at Lake McConaughy near Ogallala, NE.  We watched as a massive shelf cloud rolled over the lake.  My photos don’t even begin to do this storm justice. 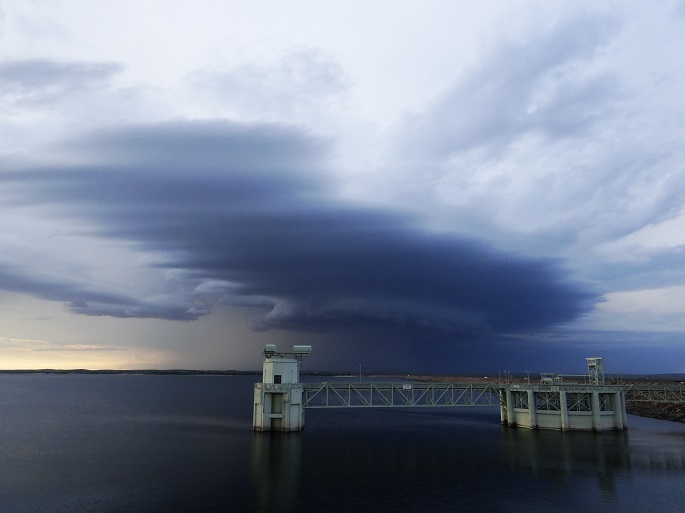 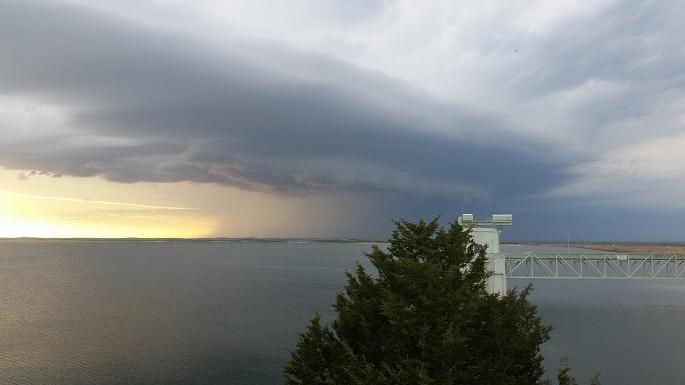 We took one group selfie, adding Aaron Swiggett to our group.  He chased with Kathryn and I in 2017, and often hung out with us for dinner on this trip.  This pretty well captures our personalities as well. 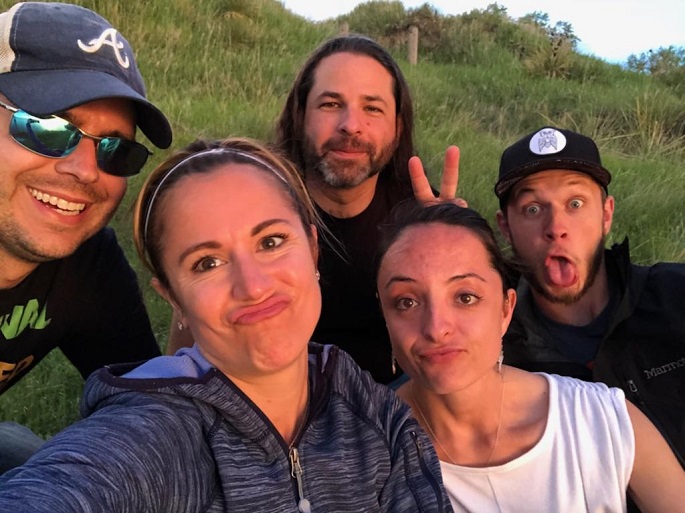 We ended the night with a spectacular sunset to sunset the trip with the Hokies, Raegan, Kathryn and Brandon. 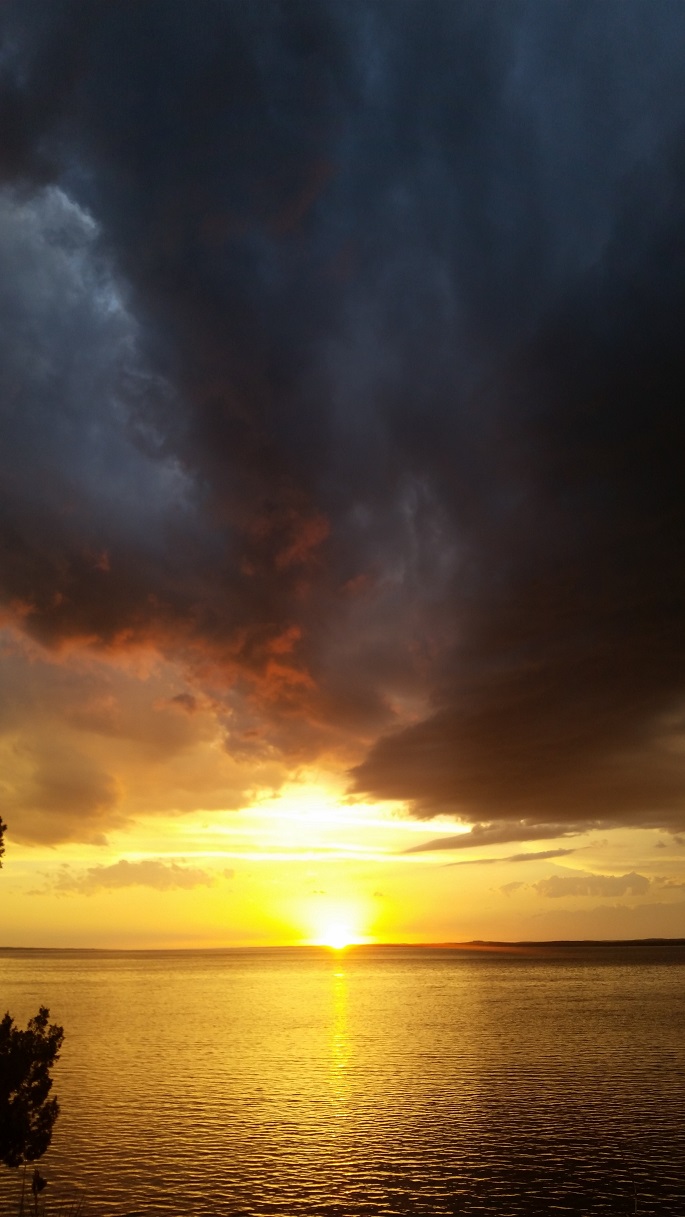 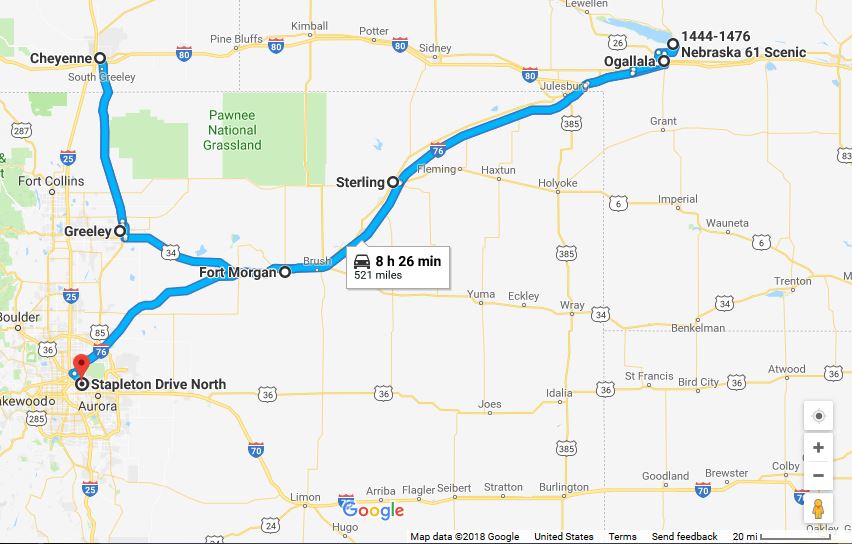 As we left the parking lot at the dam, I realized my head was hurting, badly.  As I drove towards I-80, I was having trouble concentrating.  We stopped at a Subway in Ogallala, NE.  I couldn’t function.  The crew ran in and got something to eat.  Kathryn came out (now in the pouring rain) and sat beside me, asking me if there was anything she could do.  I had taken some Excedrin and lying in the fetal position in my seat.  She brought me a Red Bull and would have brought me food, but I couldn’t think of eating.  After a while, I felt a little better.  They booked us a hotel in Stapleton, and I was even able to drive us there. 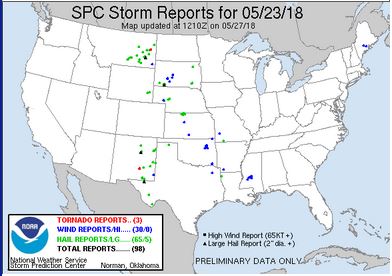 This blog is about my tales in storm chasing. My name is Seth Price and I am an instrumentation instructor at New Mexico Tech. My amateur radio call sign is N3MRA.
View all posts by highplainschasing →
This entry was posted in Chase Account, Photography, Severe Weather and tagged #cowx, #newx, colorado, Greeley, headache, Lake McConaughy, meteorology, nebraska, photography, severe thunderstorm, storm chasing, storms, sunset, weather, Wyoming, WYWX. Bookmark the permalink.