Posted on June 28, 2020 by highplainschasing

Yesterday was sunny, hot and breezy.  It dried out by the afternoon.

This morning, the weather has been mostly sunny, mild and still.

From the NWS in Albuquerque, NM:  A weak, upper-level trough has moved into the state.  Because of the drier air, showers and thunderstorms are unlikely.  Deep mixing will lead to an increased fire weather threat.

The NWS in Albuquerque, NM, has issued Red Flag Warnings and Fire Weather Watches for a few places along the western border of the state.  The NWS Watches and Warnings graphic is shown below: 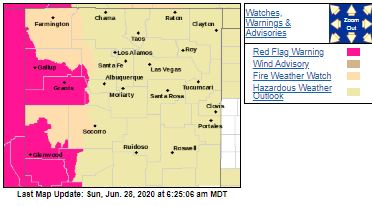 The Storm Prediction Center (SPC) has issued a Critical Fire Weather Risk along the NM/AZ border.  Stronger mid-level flow due to a deepening trough over the northwest and deep mixing will keep the humidity low in this region.  The pressure gradient will also tighten, leading to strong surface winds. 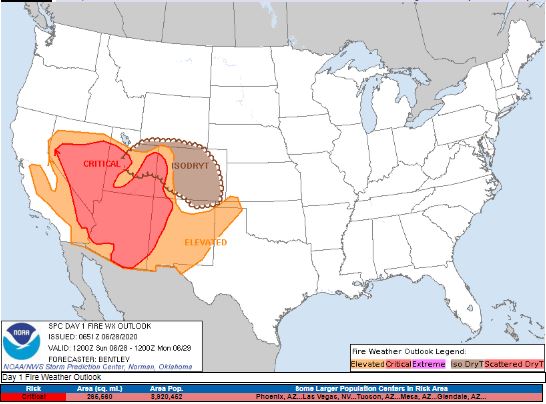 The visible satellite imagery is unavailable at this time.  The enhanced infrared imagery shows light cloud cover over most of the state this morning. 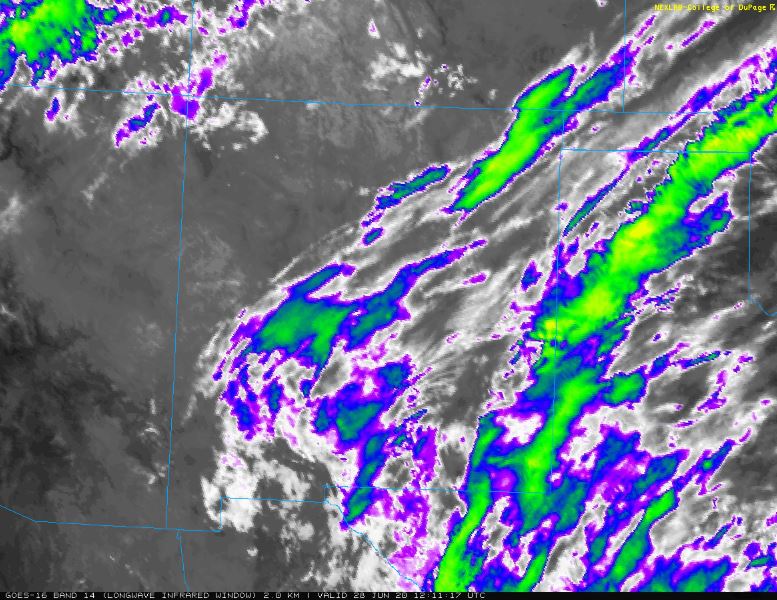 The 12Z upper air sounding from Albuquerque, NM, shows nearly-saturated air above 500 mb, though the surface has dried out compared to yesterday, giving the sounding an inverted-v shape.  There was 0.44 inches of precipitable water present in the column this morning.  There was no Convective Available Potential Energy (CAPE), no Convective Inhibition (CIN), and the Lifted Condensation Level (LCL) was 2753 m.  There was a small thermal inversion near the surface and the 0-3 km lapse rate was 7.3 C/km.  The hodograph shows that the low-level shear was 17 kts (due mostly to directional changes) and the deep-layer shear was 8 kts (due mostly to speed changes). 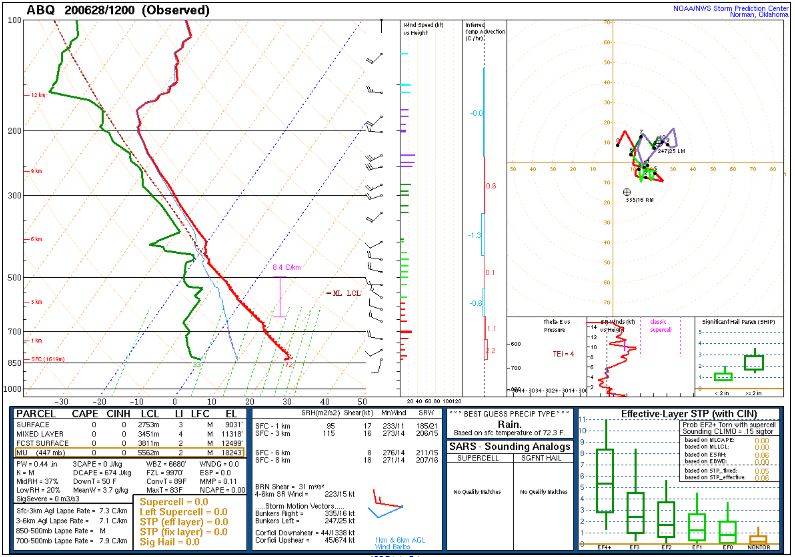 The surface observations chart (from the SPC Mesoscale Analysis Map) shows mild temperatures with moderate humidity.  The skies are sunny (according to the sensors) and winds are light and variable. 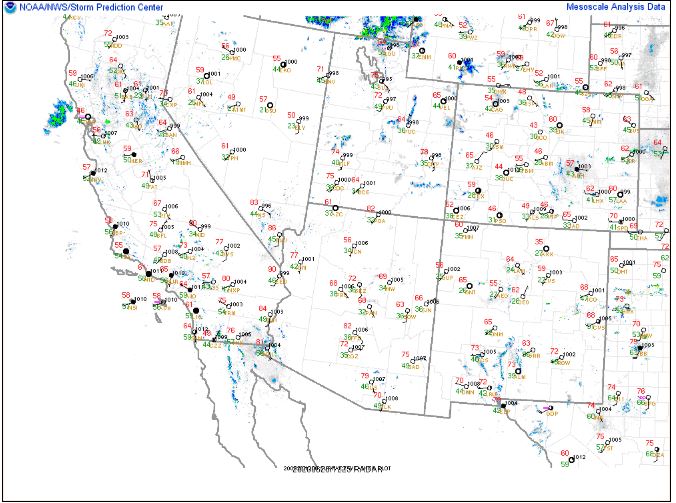 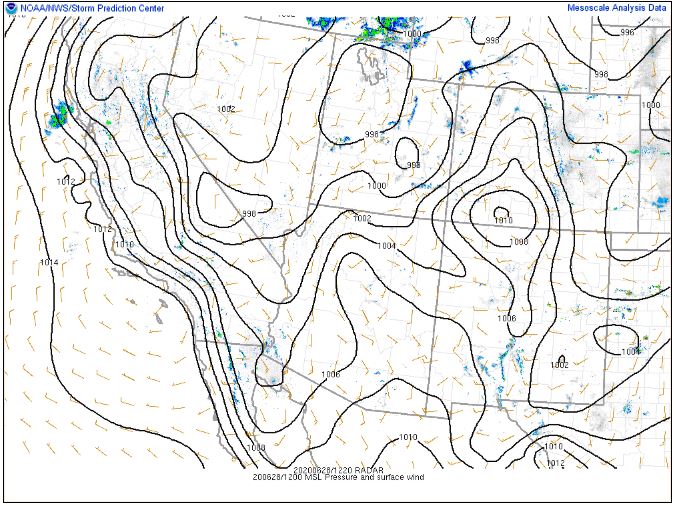 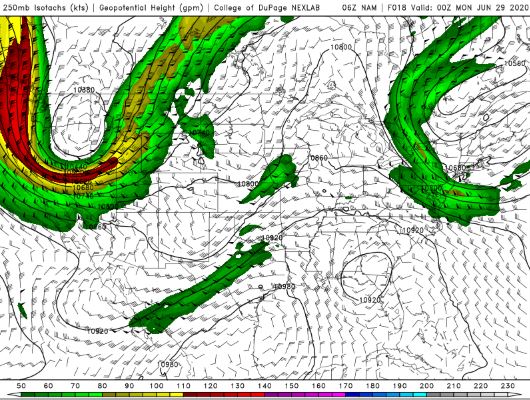 The NAM 850 mb and 700 mb charts show some Warm Air Advection (WAA) from the northeastern corner of the state.  Notice how the winds are blowing across the thermal gradient from warm to cool. 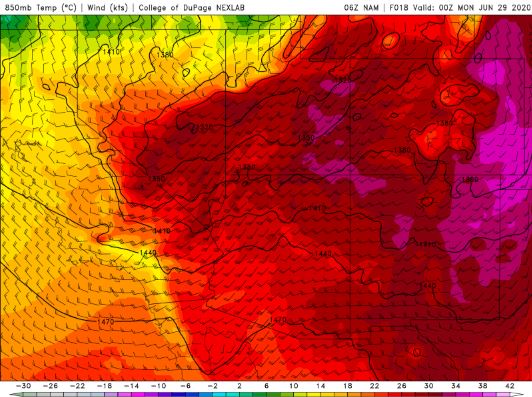 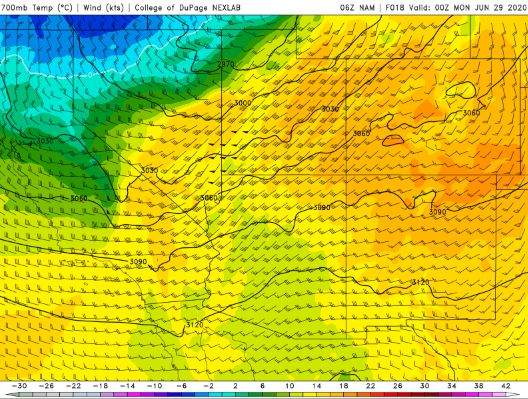 The Nested NAM simulated reflectivity chart shows very little chance of showers or thunderstorms today.  This chart, and the precipitation chart, have been excluded from today’s post.

The Nested NAM predicts that the high temperatures for the middle Rio Grande River Valley will peak in the lower 90s F. 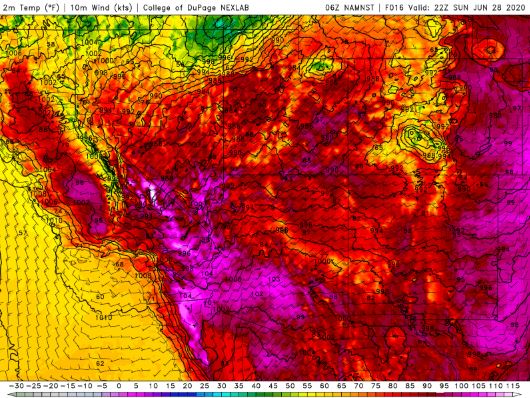 The low temperatures are expected to drop into the mid 60s F right around sunrise tomorrow morning. 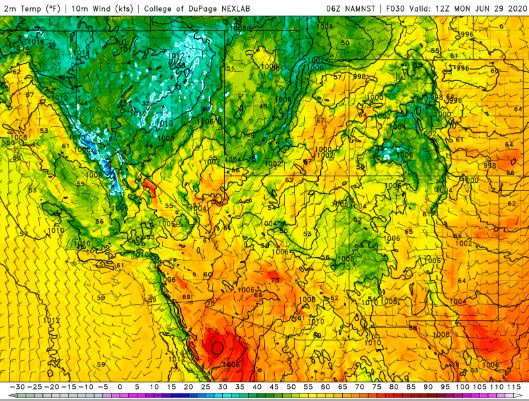 The Nested NAM shows that the dewpoints will remain in the 30s F. 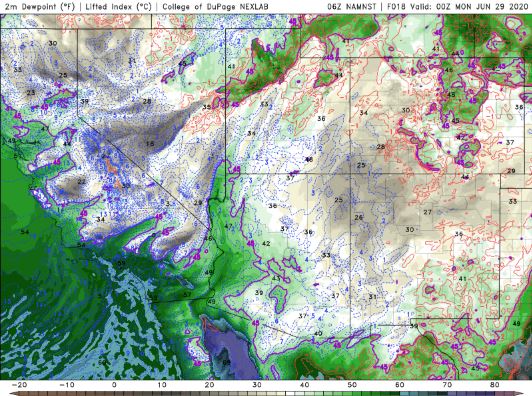 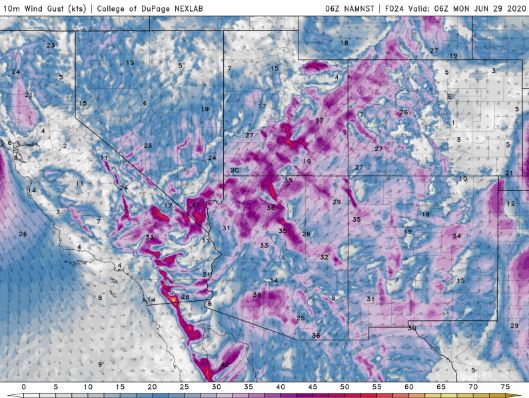 The Nested NAM simulated infrared chart shows very few clouds over the state today.  This chart has been excluded from today’s post.

Today will be warm and sunny.  I will go for a run, and then I will work on the garden and the RV later today. Overnight, the NAM is showing windy conditions along the mountains and spotty through the highlands. I don’t think this is captured entirely in the forecast, but it wouldn’t surprise me to see some gusty, overnight winds as the trough continues to pass through the region.

The forecasts from the National Weather Service are from The NWS Homepage
The upper air soundings and mesoscale analysis plots are from the Storm Prediction Center website.
The satellite data, model data, and forecasted soundings are from College of DuPage – SATRAD