Posted on November 29, 2019 by highplainschasing

Yesterday, the weather in Rio Rancho was snowy, cold, and wet.  Here are a few more photos from the snow, we had about 6″: 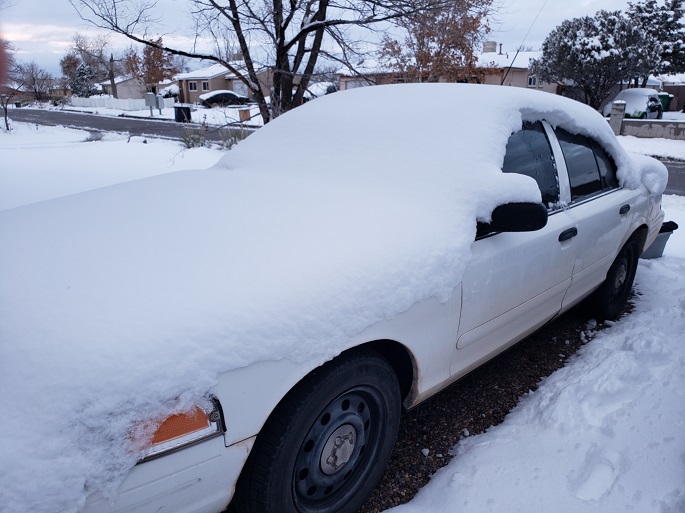 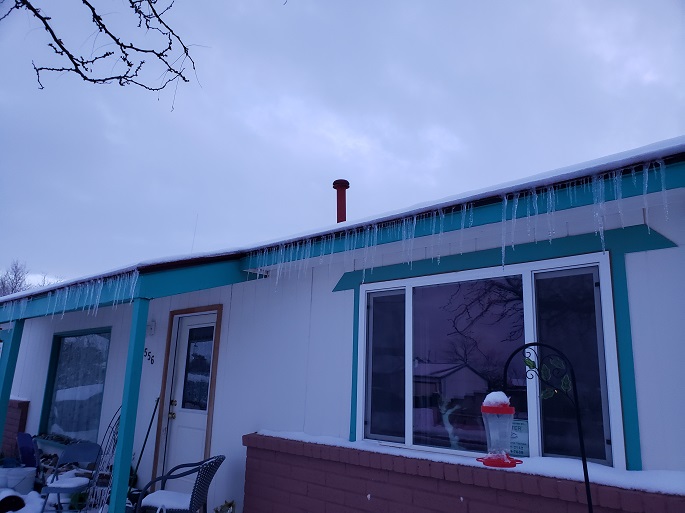 The weather in Rio Rancho is about as nasty as imaginable.  Cold, rainy/sleet, and windy.

From the NWS in Albuquerque, NM:  Another storm associated with a cold front will pass west to east through the state today.  There will be heavy showers and strong winds for most of the state, and heavy snow for the higher elevations.

The NWS in Albuquerque, NM, has issued a variety of products from High Wind Warnings to Winter Storm Warnings.  Today is a hot, or rather cold, mess.  The NWS Watches and Warnings graphic is shown below: 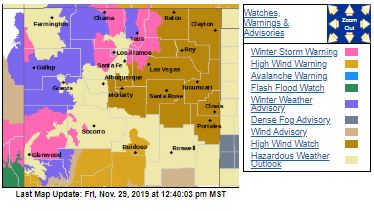 The visible satellite imagery shows heavy cloud cover over the state today.  I will post a loop for the satellite image of the week (tomorrow) and it shows the snow melting away. 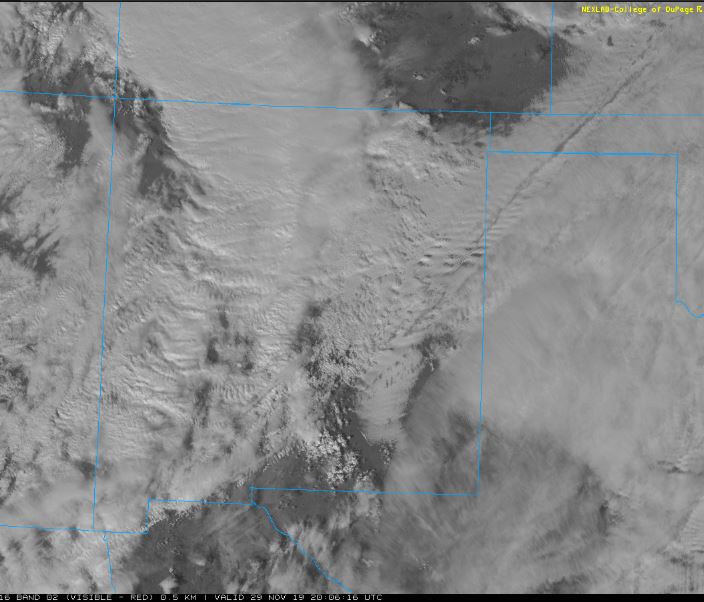 The 12Z upper air sounding from Albuquerque, NM, shows a nearly-saturated column below 300 mb.  There was 0.60 inches of precipitable water present in the column this morning.  There was no Convective Available Potential Energy (CAPE), no Convective Inhibition (CIN), and the Lifted Condensation Level (LCL) was 13 m.  There was a moderate, thick thermal inversion near the surface and the 0-3 km lapse rate was 3.7 C/km.  The hodograph shows that the low-level shear was 43 kts (due mostly to directional changes) and the deep-layer shear was 77 kts (due mostly to speed changes). 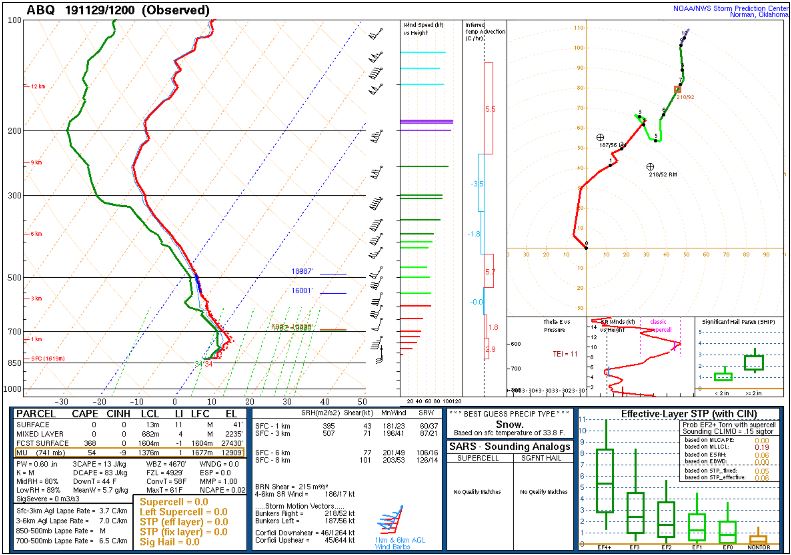 The surface observations chart (from the SPC Mesoscale Analysis Map) shows cold temperatures and high surface humidity.  The skies are a cloudy (according to the sensors) and the winds are strong and from the southwest.  The Doppler RADAR overlay shows the extent of the heavy precipitation over the state. 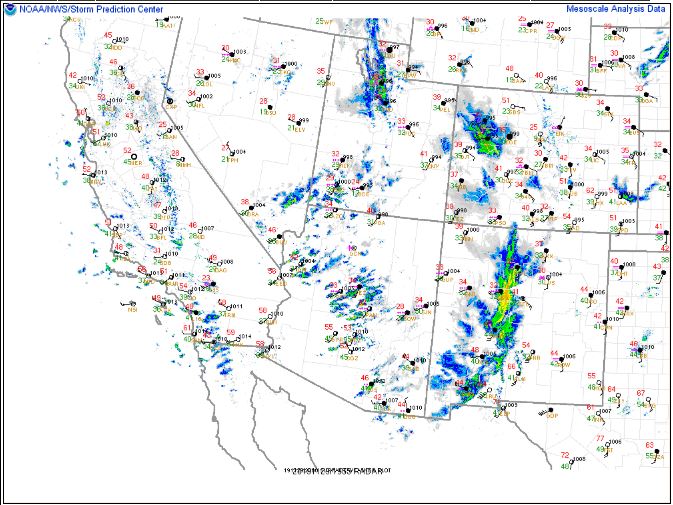 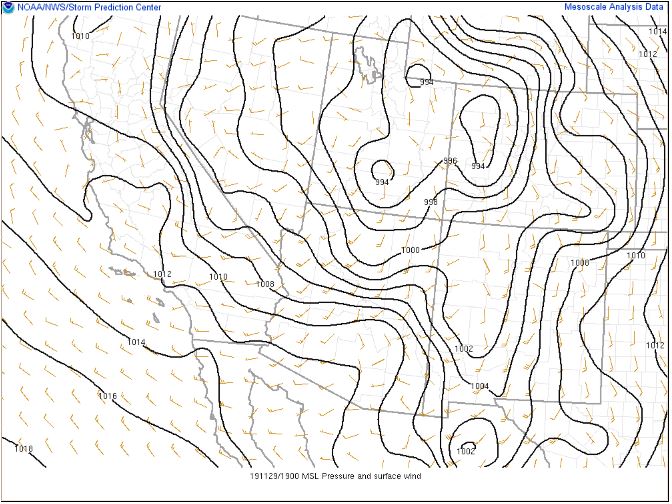 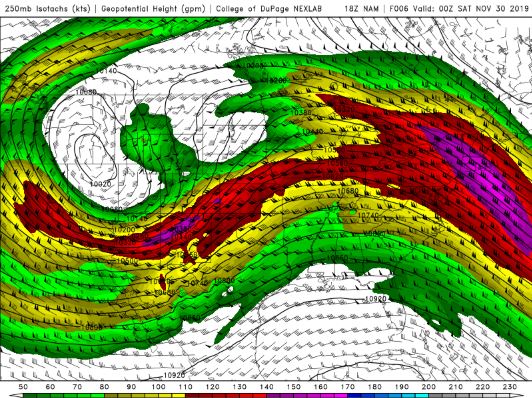 The NAM 850 mb chart shows a strong cold front approaching from the west. 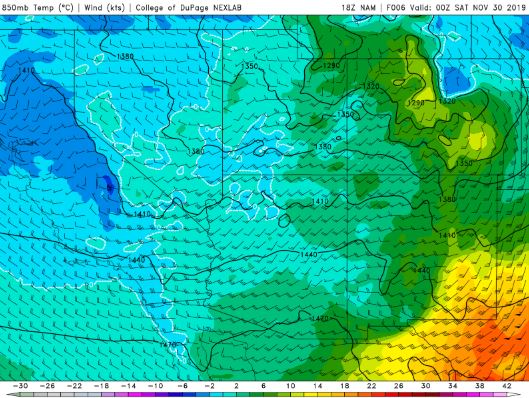 The Nested NAM simulated reflectivity chart shows showers will continue through the next few hours along a line of precipitation ahead of the cold front. 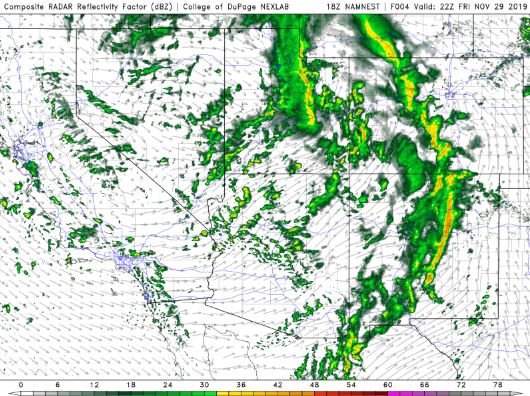 The Nested NAM precipitation chart shows some precipitation amounts approaching 0.5 inches, but then the rain will stop later this evening. 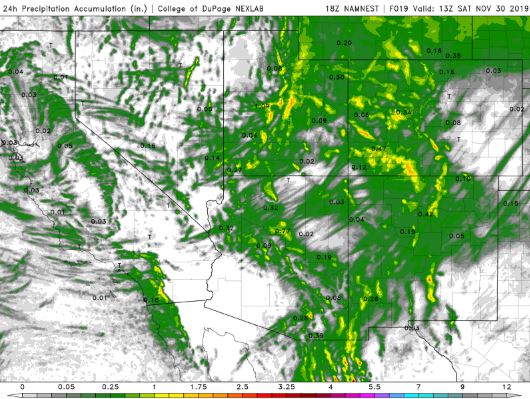 The Nested NAM predicts that the high temperatures for the middle Rio Grande River Valley have already reached their peak in the mid 40s F, and are decreasing as I type. 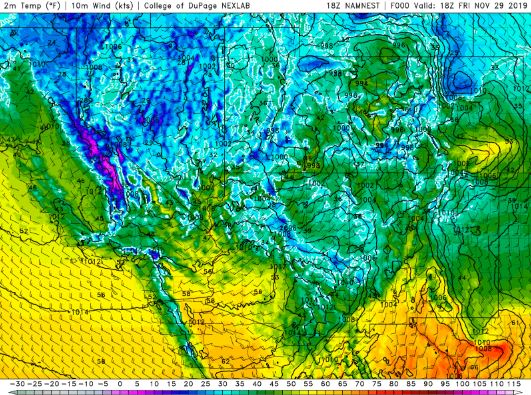 The low temperatures are expected to drop into the high 20s F right before sunrise tomorrow morning. 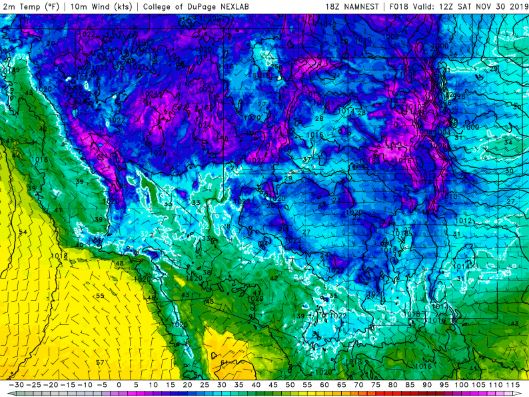 The Nested NAM shows that the dewpoints will drop into the low 30s F by this afternoon. 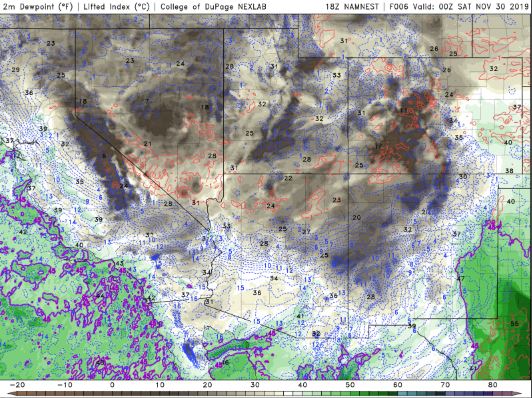 The Nested NAM shows strong winds are likely, statewide, all day and evening. 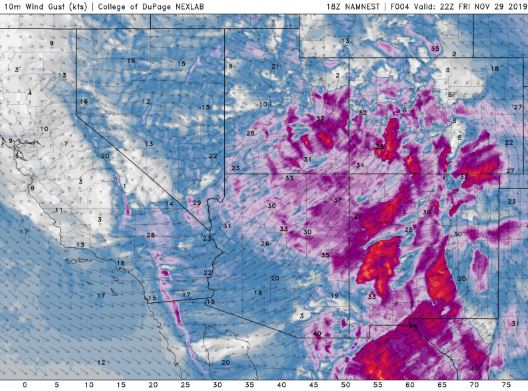 The Nested NAM predicts cloudy skies all day today, tough the clouds are diminishing by nightfall. 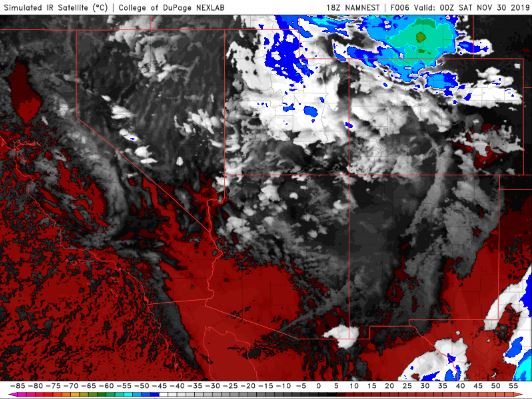 Today looks like a miserable day.  I don’t want to do anything outside my front door.  Windy, rainy, and cold.  Forget it!  I slept in until almost noon in hopes of avoiding the mess.