Posted on November 7, 2019 by highplainschasing

Yesterday was a rainy, cool and still in Socorro and Magdalena.

The weather is cloudy, foggy, cool and still so far this morning in Rio Rancho and Albuquerque.

From the NWS in Albuquerque, NM:  Subtropical moisture has advected north and will meet up with a backdoor cold front that has pushed west to the central mountain chain.  These, combined with a subtropical jet, will lead to a mix of rain and snow at higher elevations and east of the central mountain chain.  This is a difficult forecast due to a thick layer of near-freezing temperatures aloft.

The NWS in Albuquerque, NM, has issued a Winter Weather Advisory for areas to east of the central mountain range until noon today.  The NWS Watches and Warnings graphic is shown below: 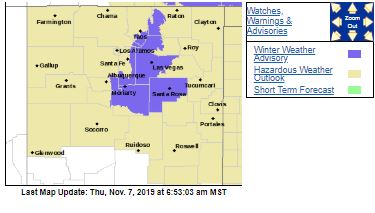 The visible satellite imagery is unavailable at this time.  The enhanced infrared imagery shows a sharp boundary, with thick cloud cover to the south of the boundary. 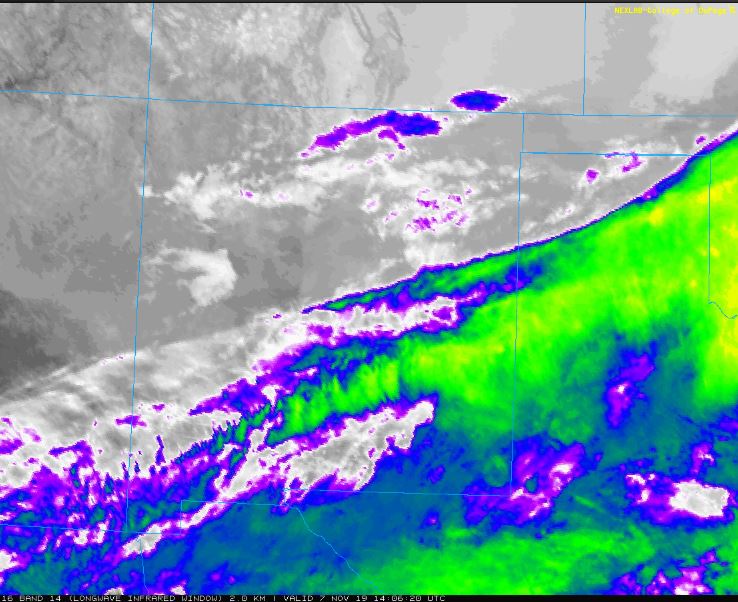 The 12Z upper air sounding from Albuquerque, NM, shows a humid atmosphere below 500 mb.  There was 0.59 inches of precipitable water present in the column this morning.  There was no Convective Available Potential Energy (CAPE), no Convective Inhibition (CIN), and the Lifted Condensation Level (LCL) was 13 m.  There was no thermal inversion near the surface and the 0-3 km lapse rate was 5.1 C/km.  The hodograph shows that the low-level shear was 11 kts (due mostly to directional changes) and the deep-layer shear was 58 kts (due mostly to speed changes). 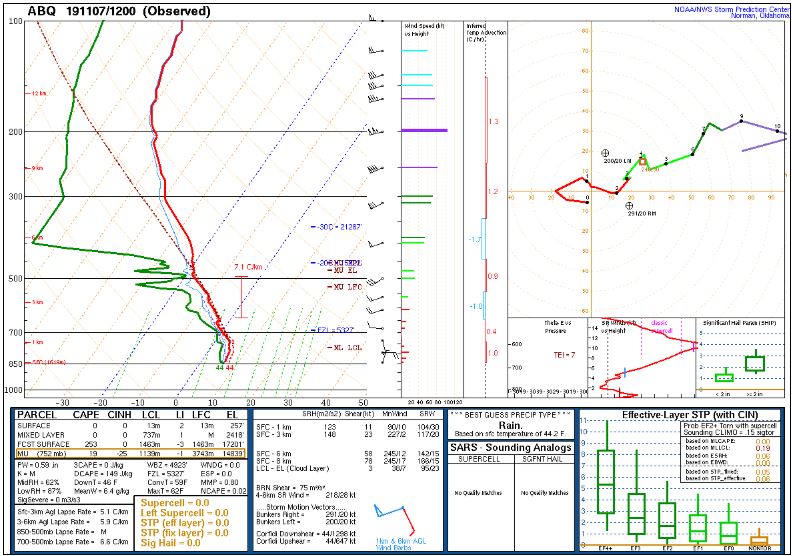 The surface observations chart (from the SPC Mesoscale Analysis Map) shows cool temperatures and high surface humidity.  The skies are a cloudy (according to the sensors) and the winds are light and variable. 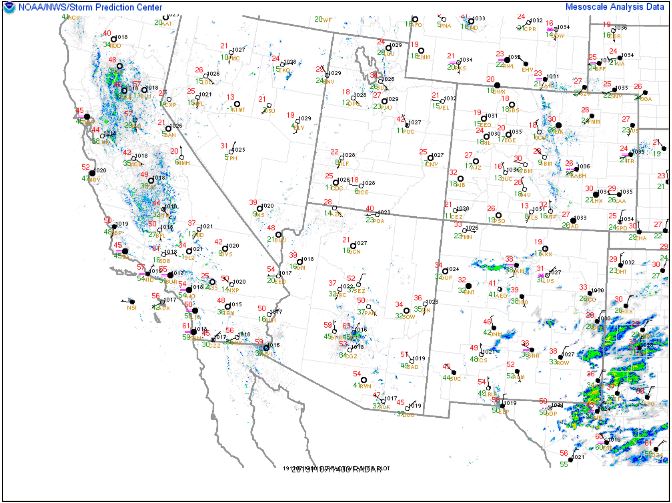 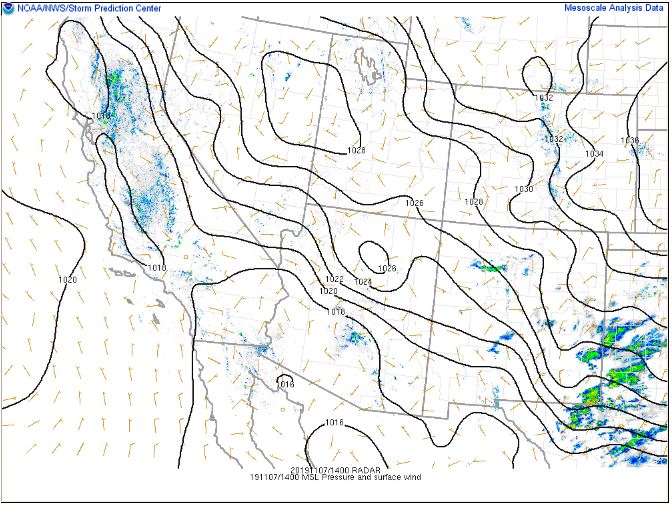 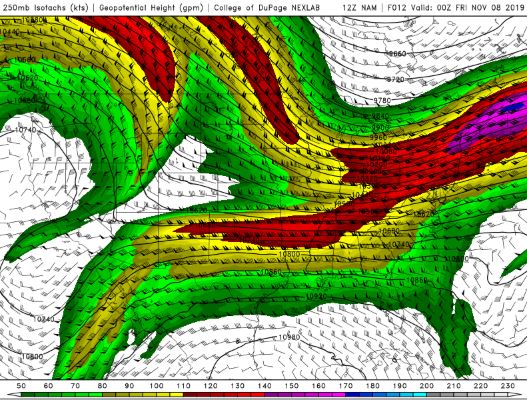 The NAM 850 mb chart shows the extent of last night’s backdoor cold front.  It is not expected to push much farther west, but it will continue south into west Texas. 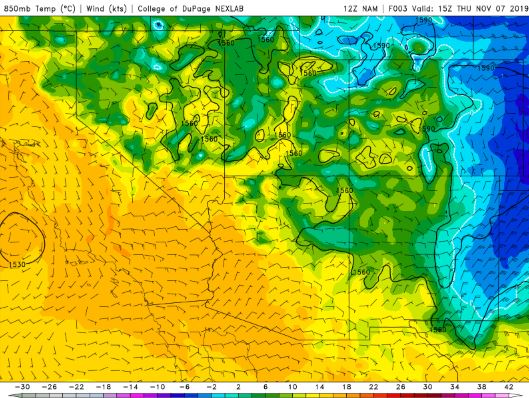 The Nested NAM simulated reflectivity chart shows showers will taper off by the early afternoon. 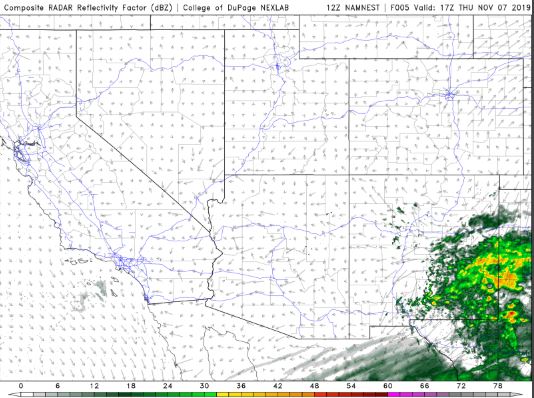 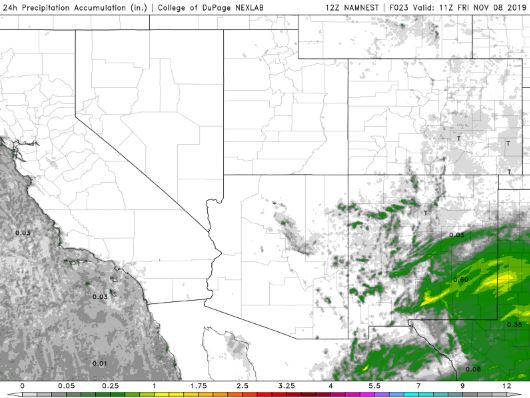 The Nested NAM predicts that the high temperatures for the middle Rio Grande River Valley will peak in the mid 50s F today. 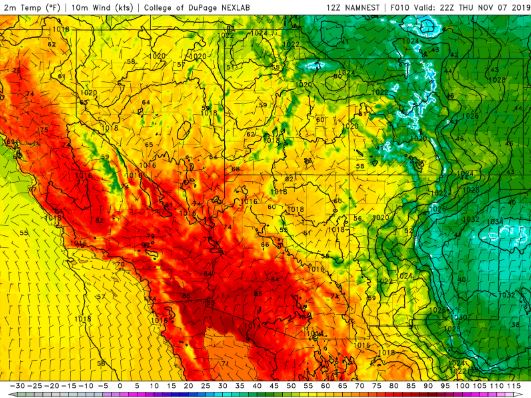 The low temperatures will be in the upper 40s F all night. 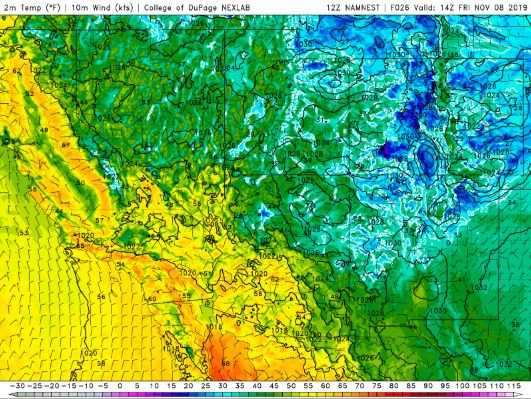 The Nested NAM shows that the dewpoints will rise into the 20s F by this afternoon. 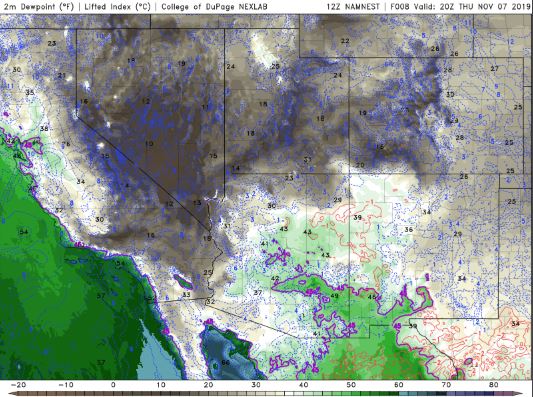 The Nested NAM shows strong winds are unlikely today.  This chart has been excluded from today’s post. 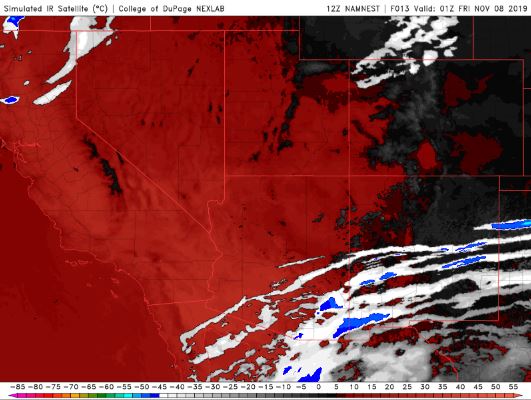 The rain will taper off throughout the morning.  It has stopped raining, though everything is damp and cloudy.  The fog has finally cleared up.  Yesterday’s rain was a good, soaking rain, good for the soil and the plants.  This afternoon will be cloudy and cool.