Posted on November 4, 2019 by highplainschasing

Yesterday was a sunny, mild and still in Rio Rancho.

The weather is mostly sunny, cool and still so far this morning in Rio Rancho.

From the NWS in Albuquerque, NM:  The temperatures will be a few degrees warmer than average, but dry, clear air will dominate.  The northeastern corner of the state will see a backdoor cold front, which will drop temperatures in this area.

The 12Z upper air sounding from Albuquerque, NM, shows a dry atmosphere this morning.  There was 0.18 inches of precipitable water present in the column this morning.  There was no Convective Available Potential Energy (CAPE), no Convective Inhibition (CIN), and the Lifted Condensation Level (LCL) was 1922 m.  There was a large thermal inversion near the surface and the 0-3 km lapse rate was 3.5 C/km.  The hodograph shows that the low-level shear was 21 kts (due mostly to directional changes) and the deep-layer shear was 23 kts (due mostly to speed changes). 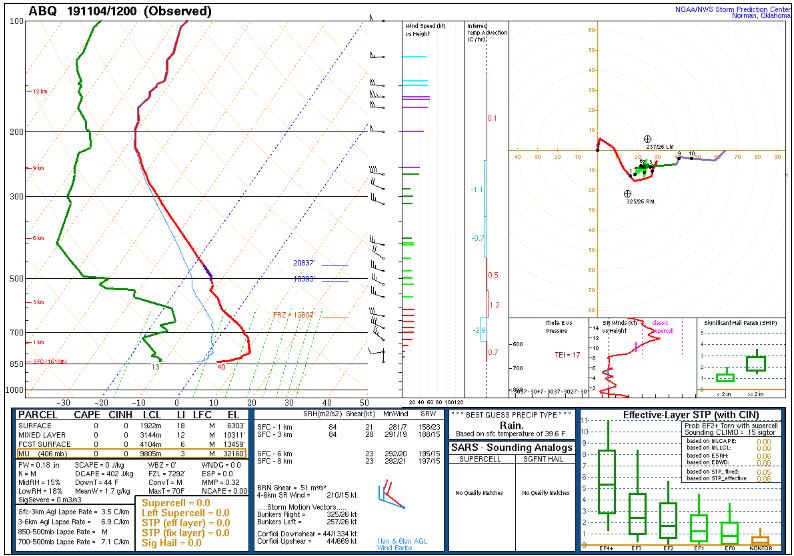 The surface observations chart (from the SPC Mesoscale Analysis Map) shows mild temperatures and extremely low surface humidity.  The skies are a sunny (according to the sensors) and the winds are light and variable. 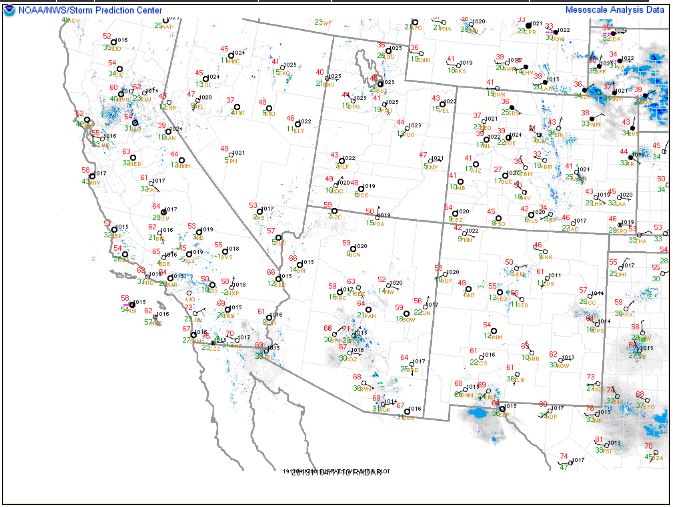 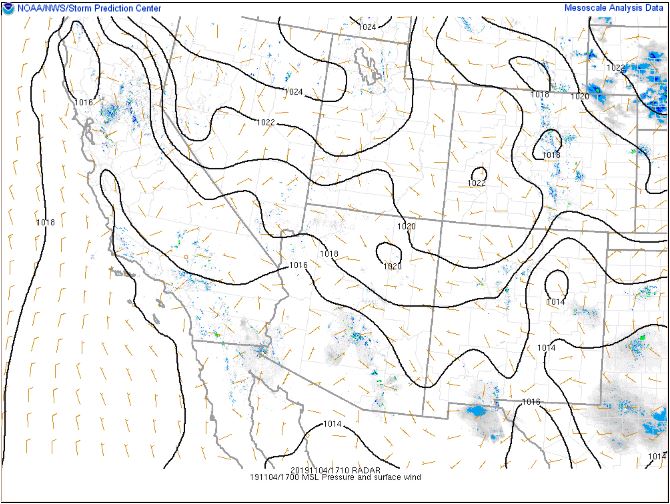 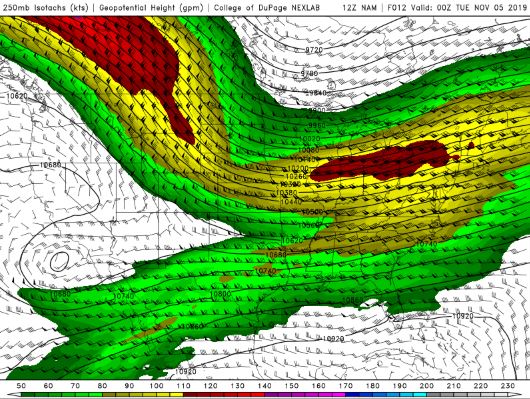 The NAM 850 mb chart shows some weak Cold Air Advection (CAA) over the northeastern corner of the state later this evening. 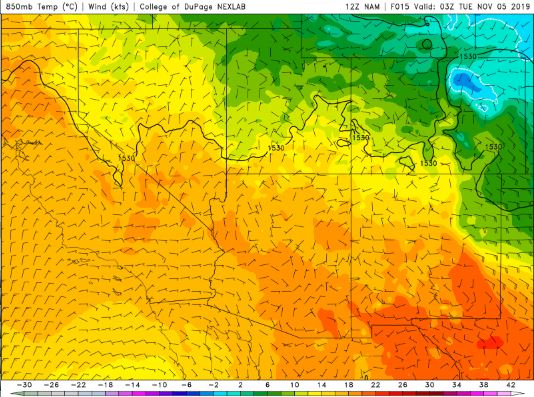 The Nested NAM predicts that the high temperatures for the middle Rio Grande River Valley will peak in the mid 60s F today. 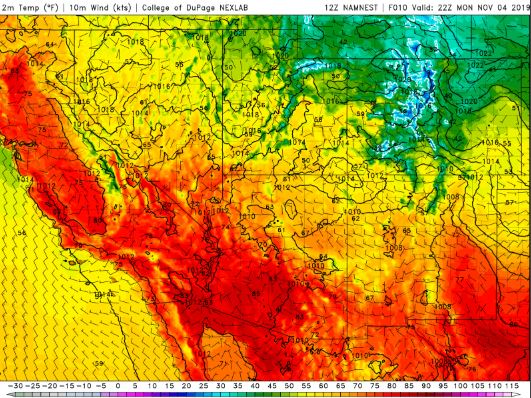 The low temperatures will be in the upper 30s F just before sunrise. 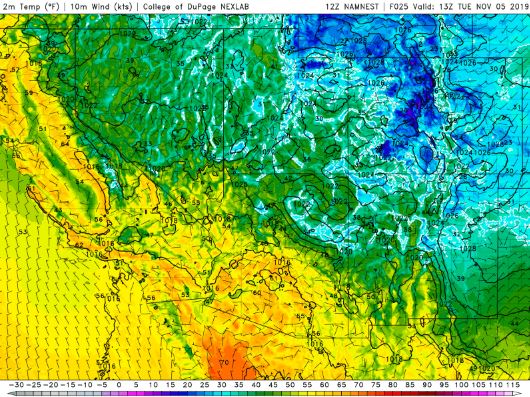 The Nested NAM shows that the dewpoints will remain in the 10s F all day. 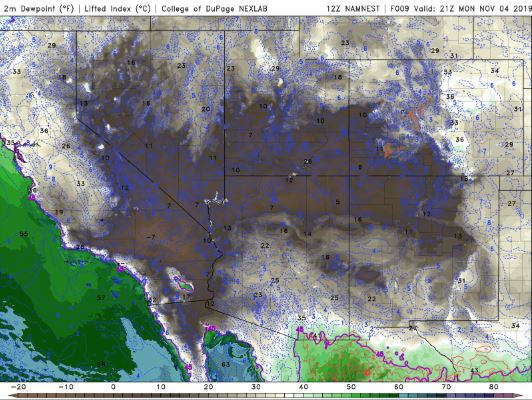 The Nested NAM shows strong winds are unlikely today.  This chart has been excluded from today’s post.

The Nested NAM predicts clear skies today and tonight.  This chart has been excluded from today’s post.

Today will be similar to yesterday in terms of temperature, moisture and wind.  I will probably remain inside for most of the day, however.