Posted on October 17, 2019 by highplainschasing

Yesterday was a sunny, mild and still.  I didn’t spend much time outside, unfortunately.

Today is mostly sunny, cool and still.  There are a few high clouds, particularly west of Albuquerque.

From the NWS in Albuquerque, NM:  A slight trough will pass through the region today and tomorrow, which will lead to strong winds as it passes.  There is little moisture today, so precipitation is unlikely.

The NWS in Albuquerque, NM, has issued a few Red Flag Warnings for the northeastern corner of the state.  High winds and low humidity have prompted this warning.  The NWS Watches and Warnings graphic is shown below: 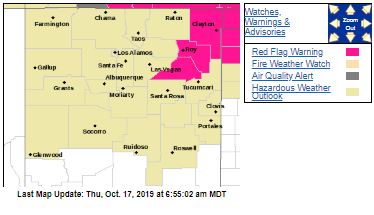 The visible satellite imagery is unavailable at this time.  The enhanced infrared imagery shows a few high clouds over the western half of the state this morning. 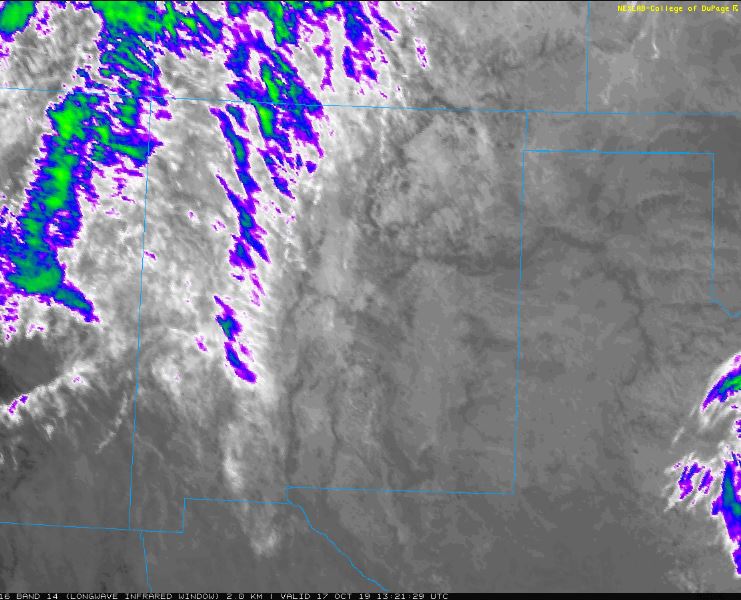 The 12Z upper air sounding from Albuquerque, NM, shows dry air over the state this morning.  There was 0.19 inches of precipitable water present in the column this morning.  There was no Convective Available Potential Energy (CAPE), no Convective Inhibition (CIN), and the Lifted Condensation Level (LCL) was 1786 m.  There was a moderate thermal inversion near the surface and the 0-3 km lapse rate was 2.9 C/km.  The hodograph shows that the low-level shear was 11 kts (due mostly to directional changes) and the deep-layer shear was 14 kts (a mix of speed and directional changes). 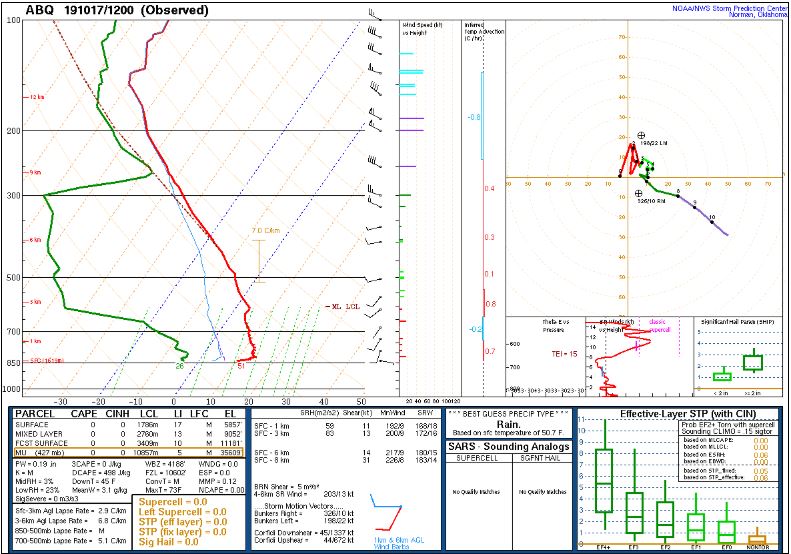 The surface observations chart (from the SPC Mesoscale Analysis Map) shows cool temperatures and low surface humidity.  The skies are a sunny (according to the sensors) and the winds are light and variable. 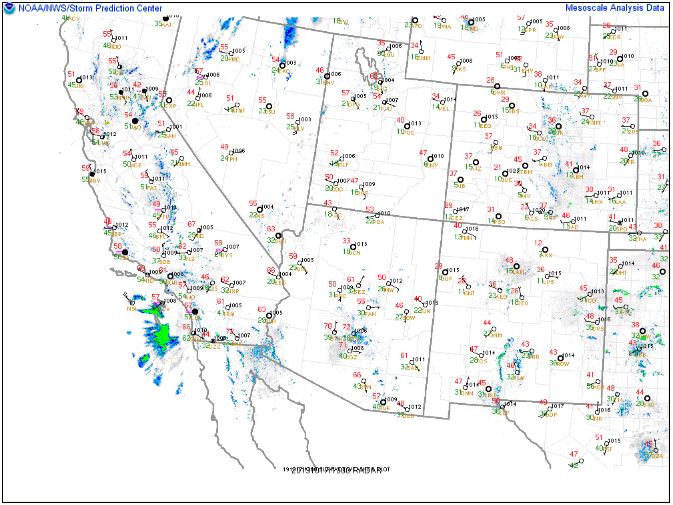 The surface pressure chart (from the SPC Mesoscale Analysis Map) shows that we are under no strong pressure systems or gradients so far this morning.  The RAP shows that the pressure will drop with diurnal heating over the next six hours. 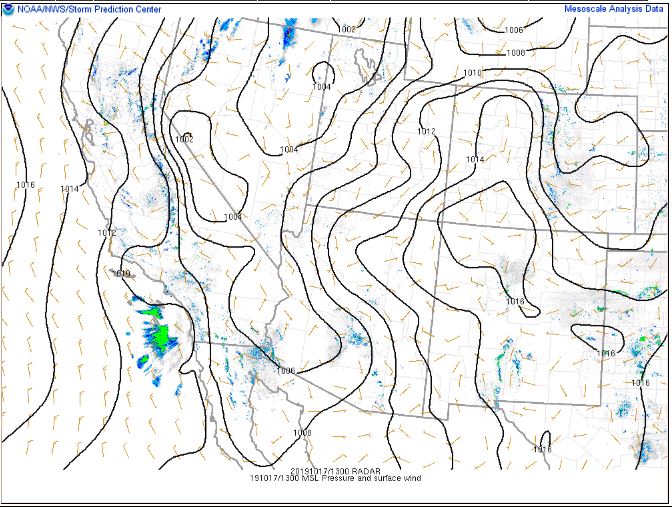 The NAM 250 mb chart shows strong westerly flow over the state today, due to the approaching trough. 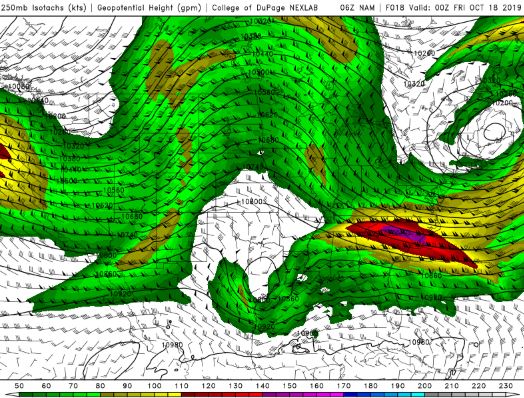 The NAM 850 mb chart shows no new thermal advection over the state today.  This chart has been excluded from today’s post.

The Nested NAM predicts that the high temperatures for the middle Rio Grande River Valley will peak in the lower 70s F today. 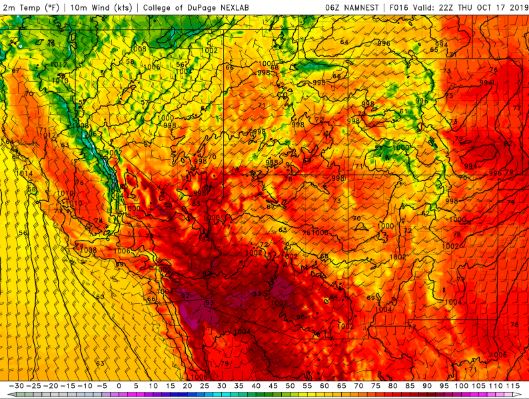 The temperature is expected to drop into the mid 50s F before sunrise. 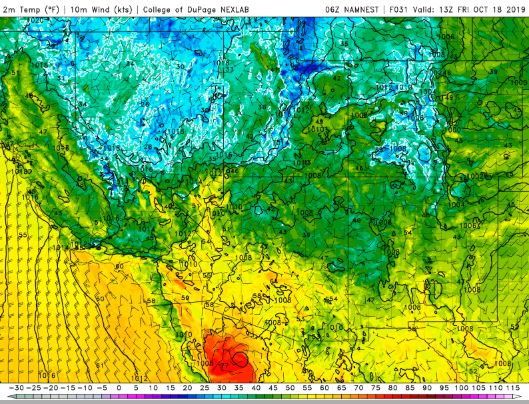 The Nested NAM shows that the dewpoints will rise into the lower 40s F by this evening, as moisture advects up the Rio Grande River Valley. 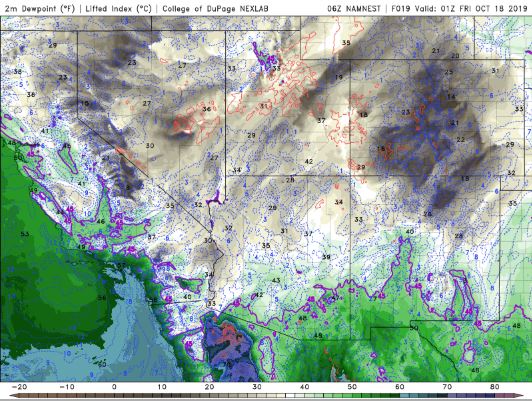 The Nested NAM shows strong winds will be possible by this evening. 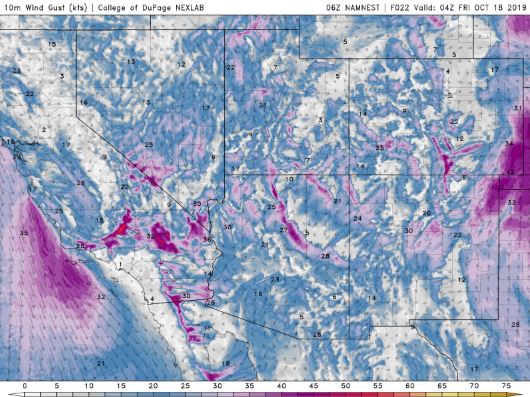 The Nested NAM predicts mostly clear skies today.  A few clouds are expected in a long stripe later this morning. 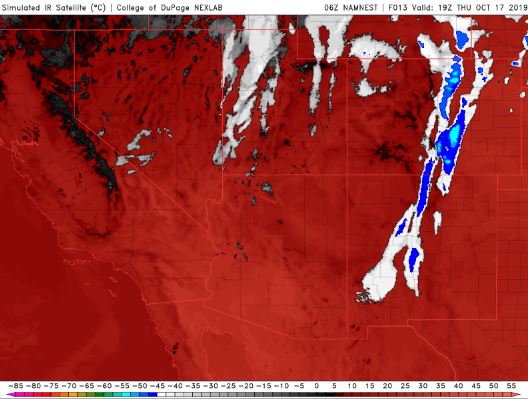 Today will be pleasant, though the winds will pick up starting this evening.  At NMT, it is our annual 49ers celebration, and wind may be a concern.  The temperature will be warmer than last night, but it might be breezy with the approaching trough.