Posted on October 9, 2019 by highplainschasing

Yesterday, there were storms nearby, including a small hail storm just south of Socorro.  I didn’t hear of any damage, but a student of mine showed me some of the video.

Today is mostly sunny, mild and still.  There is some light fog in the Rio Grande River Valley.

From the NWS in Albuquerque, NM:  a strong, cold storm system has entered the Pacific Northwest.  An associated cold front will cross the state tomorrow, but strong winds will pass through the state ahead of the front.

The visible satellite imagery shows very few clouds over the state today.  This image has been excluded from today’s post.

The 12Z upper air sounding from Albuquerque, NM, shows a relatively humid atmosphere below 600 mb.  There was 0.50 inches of precipitable water present in the column this morning.  There was 97 J/kg of Convective Available Potential Energy (CAPE), -218 J/kg of Convective Inhibition (CIN), and the Lifted Condensation Level (LCL) was 268 m.  There was small thermal inversion near the surface and the 0-3 km lapse rate was 5.9 C/km.  The hodograph shows that the low-level shear was 22 kts (due mostly to directional changes) and the deep-layer shear was 38 kts (due mostly to speed changes). 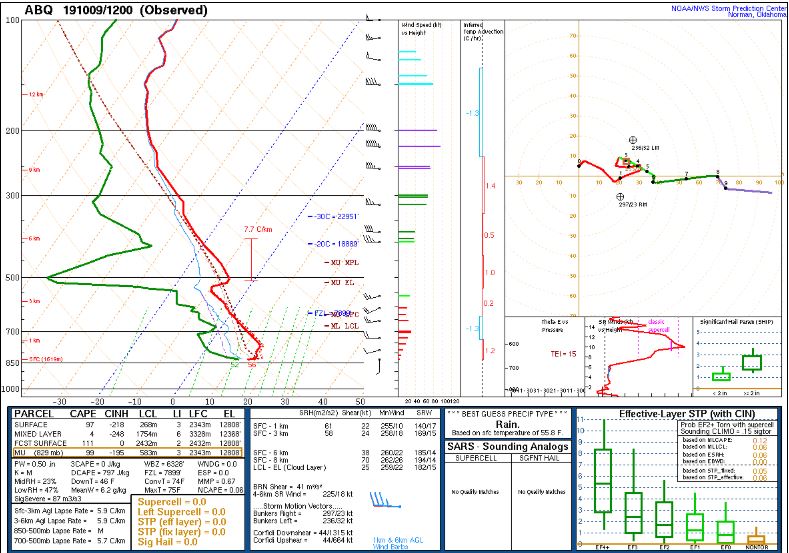 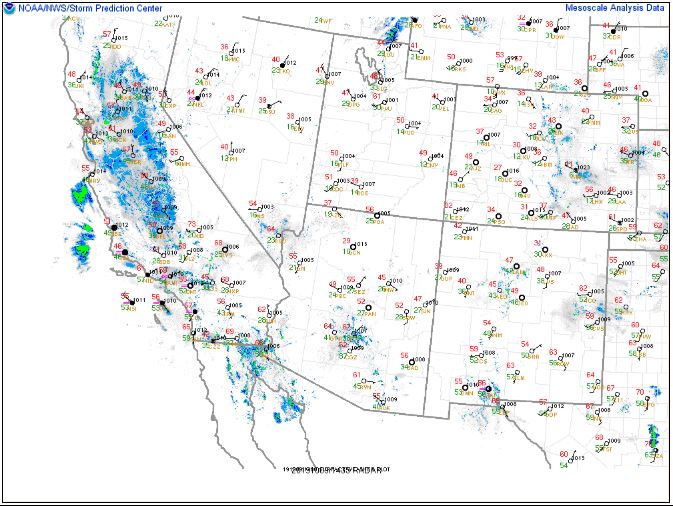 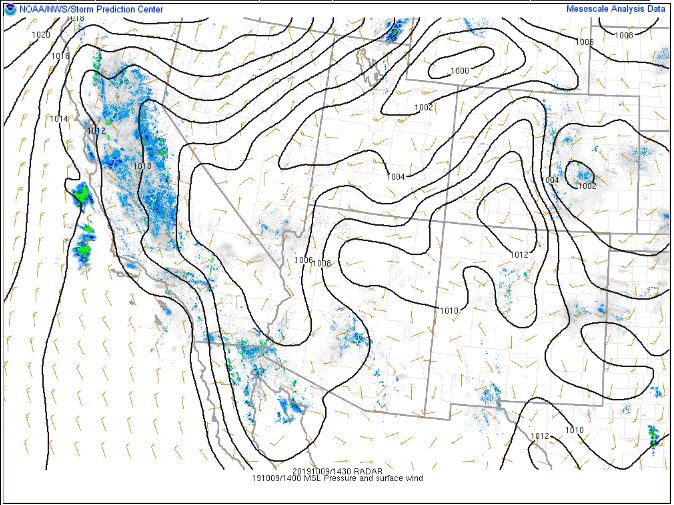 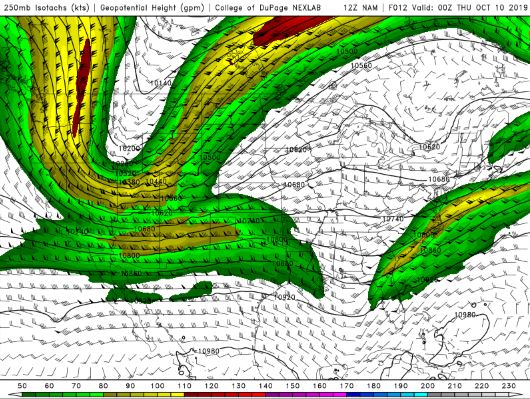 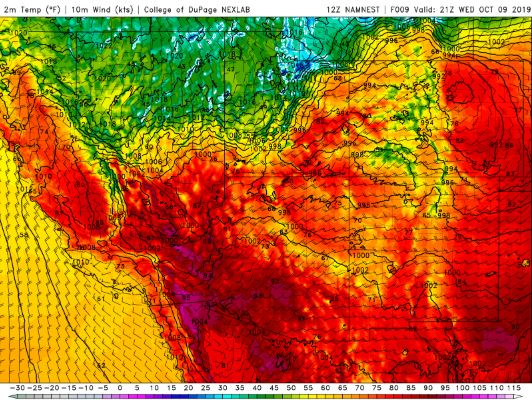 The Nested NAM shows that the dewpoints will drop into the 20s F by this evening. 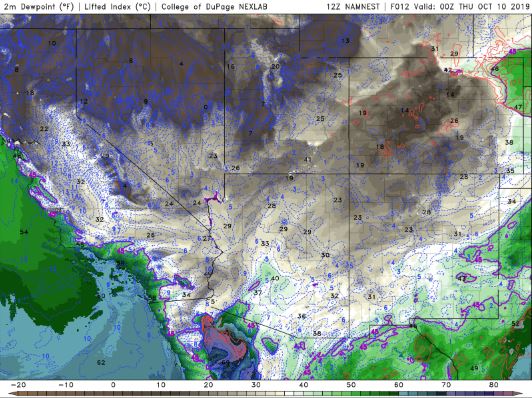 The Nested NAM does not show the strong winds that were mentioned in the NWS prediction.  This chart has been excluded from today’s post.

The Nested NAM predicts mostly clear skies today.  This chart has been excluded from today’s post.

I think the NWS is correct with the wind prediction, though I think it will be mostly canyon winds and such, perhaps below the resolution of the Nested NAM’s ability to predict.  The winds do increase throughout the day, reaching into the low 20 mph range, so I expect gusts to reach higher, even if the Nested NAM doesn’t show it.  Otherwise, it will be a precipitation free day.