Posted on October 8, 2019 by highplainschasing

Yesterday was a sunny, pleasant day.

Today is mostly sunny, mild and still.  There is some light fog in the Rio Grande River Valley.

From the NWS in Albuquerque, NM:  a weak shortwave trough will move through the southwest this afternoon and evening.  This, combined with upslope flow and adequate moisture over the southeastern corner of the state will lead to showers and thunderstorms this afternoon.  Some of these storms may become severe, with hail being the primary threat.

The NWS in Albuquerque, NM, has issued a Hazardous Weather Outlook concerning strong to severe storms this afternoon in the southeastern corner of the state.

The Storm Prediction Center (SPC) has issued a Marginal Risk for southeastern New Mexico.  The primary threat will be hail. 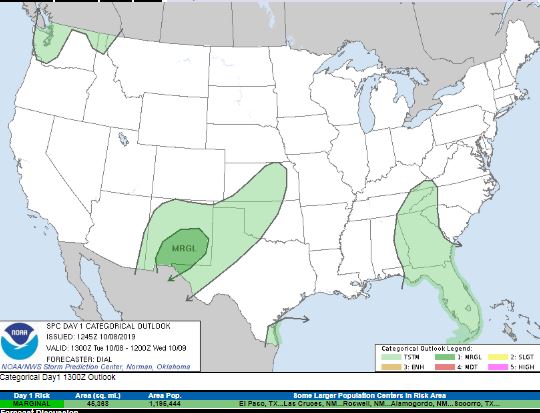 The visible satellite imagery is unavailable at this time.  The enhanced infrared imagery shows a few light clouds scattered around the state this morning. 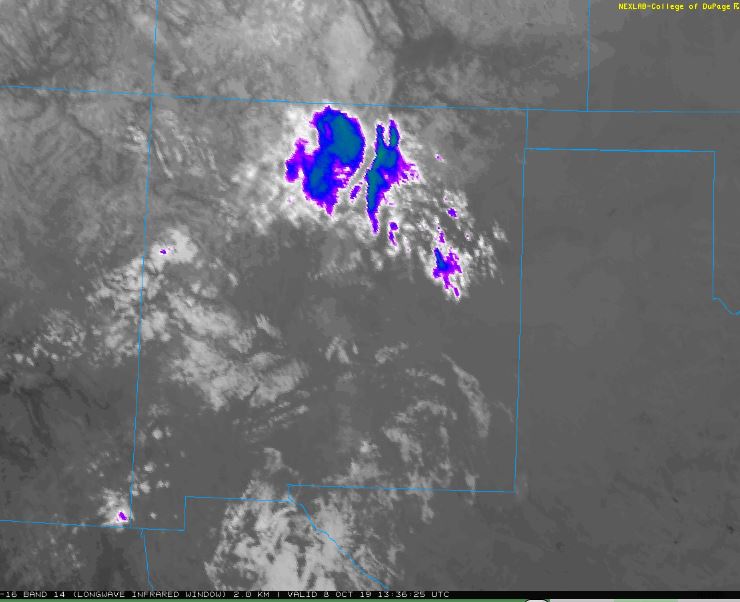 The 12Z upper air sounding from Albuquerque, NM, shows a humid atmosphere below 600 mb.  There was 0.65 inches of precipitable water present in the column this morning.  There was 8 J/kg of Convective Available Potential Energy (CAPE), -488 J/kg of Convective Inhibition (CIN), and the Lifted Condensation Level (LCL) was 761 m.  There was small thermal inversion near the surface and the 0-3 km lapse rate was 6.4 C/km.  The hodograph shows that the low-level shear was 11 kts (due mostly to directional changes) and the deep-layer shear was 36 kts (due mostly to speed changes). 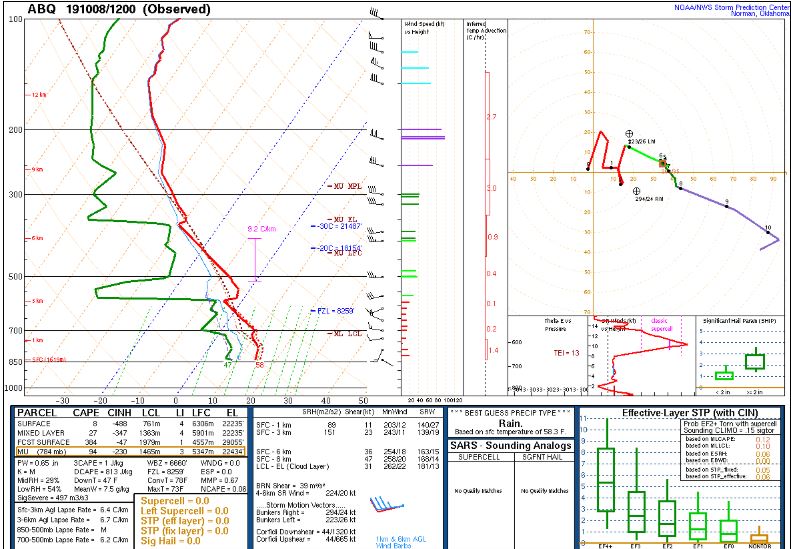 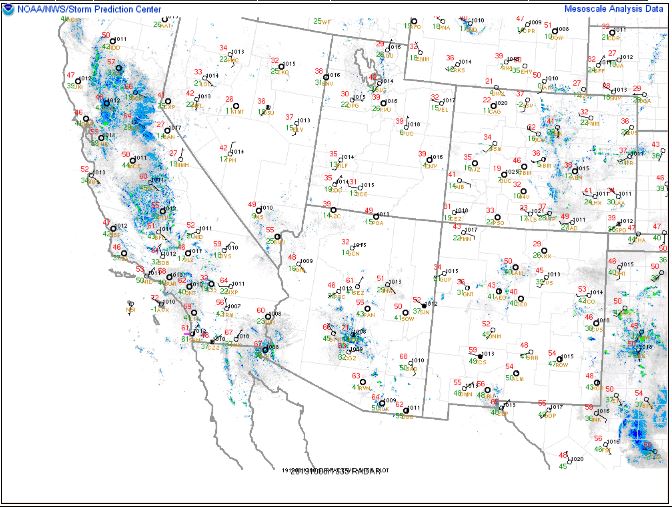 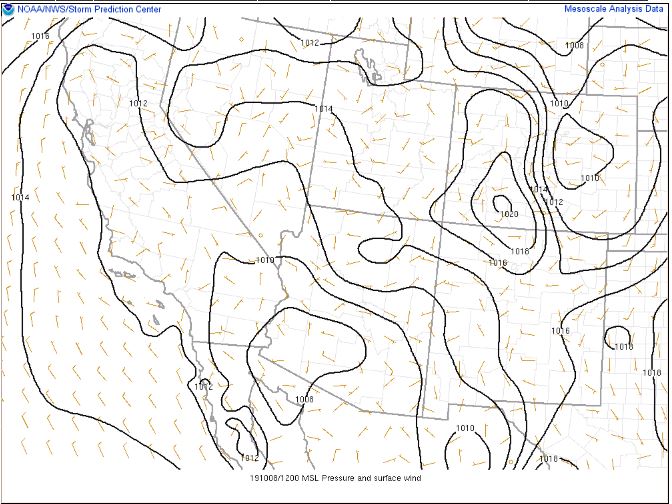 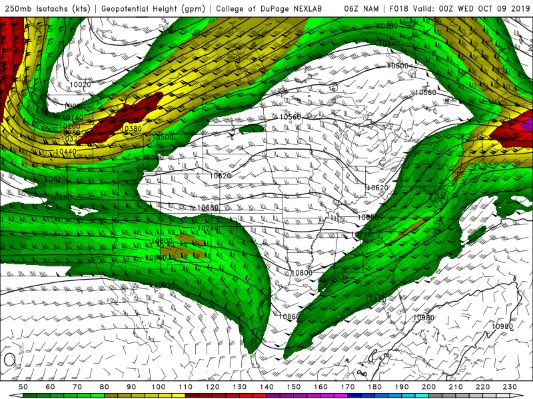 The Nested NAM simulated reflectivity chart shows a few thunderstorms forming along the I-25 corridor this afternoon. 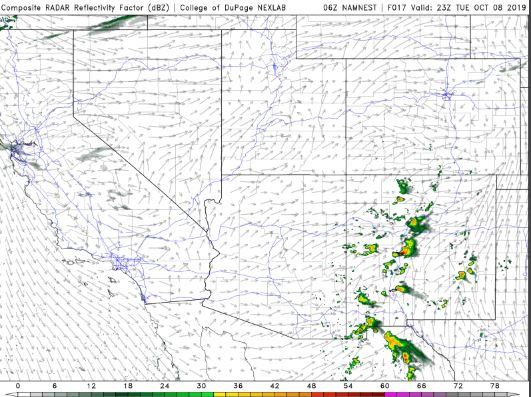 The Nested NAM precipitation chart shows that light rain is possible over most of the southern half of the state.   A few swaths of heavy rain, associated with the thunderstorms, are possible as well. 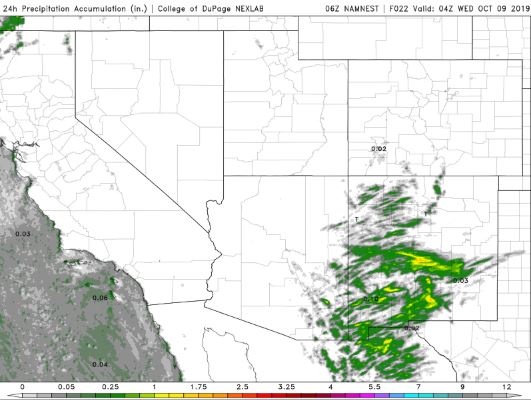 The Nested NAM predicts that the high temperatures for the middle Rio Grande River Valley will peak in the mid 70s F today. 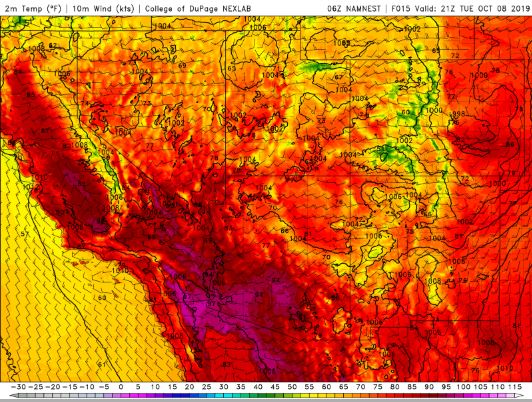 The Nested NAM shows that the dewpoints will remain in the 40s F for most of the day. 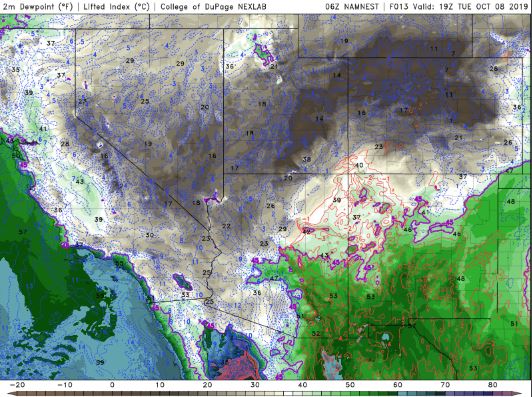 The Nested NAM shows that strong winds are possible, particularly near the central mountain chain this evening.

The Nested NAM predicts clouds, though only really associated with the thunderstorms. 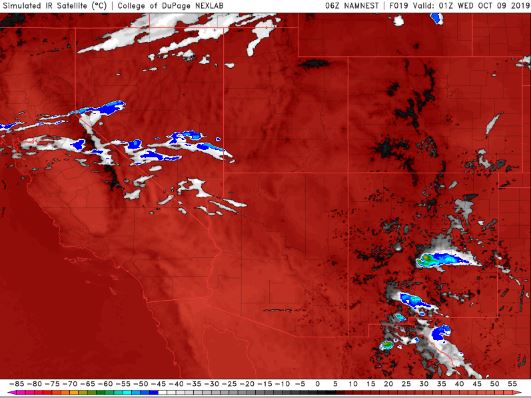 There is a chance of severe thunderstorms today.  The Nested NAM has a strong storm crossing I-25 near Belen this afternoon, but I don’t put much stock in the exact location of its predictions.  I’ll watch today and see how far away storms form from that spot.