Posted on August 24, 2019 by highplainschasing

It is time for a tropical update.

Post-Tropical Storm Chantal has drifted into the middle of the Atlantic and is no longer the subject of updates.

However, two new zones of potential development are being watched carefully.  The first is just off the coast of Florida, where the National Hurricane Center (NHC) predicts that a tropical cyclone will form (70% chance in the next two days, 90% over the next five days).

A second area of potential development is located due east of Venezuela.  The NHC predicts it has a 60% chance of developing into a tropical cyclone over the next two days, and a 70% chance over the next five days.

The NHC North Atlantic map is shown below: 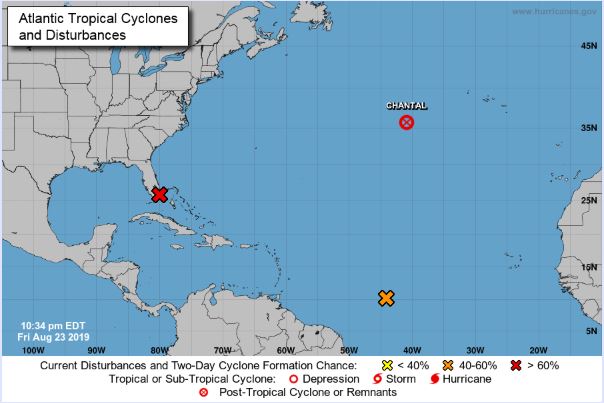 In the enhanced infrared imagery, there are numerous, disorganized thunderstorms off the eastern coast of Florida.  As this migrates over the Gulf Stream, it is expected to become more organized and intensify. 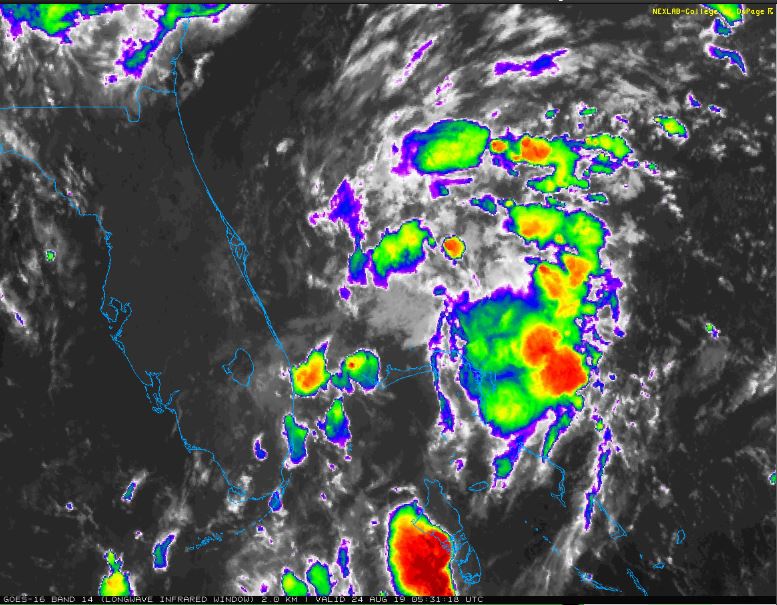 Over the Northern Pacific, Tropical Storm Ivo has weakened as it passed over cooler water.  Currently, Ivo has sustained winds of 45 kts and a central low pressure of 996 mb.  Ivo will pass into an area with more favorable, lower shear, but the area is not particularly thermodynamically conducive to tropical storm development.

The NHC North Pacific map is shown below: 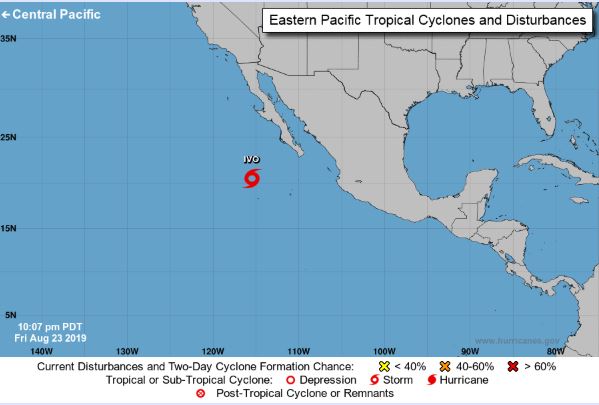 This blog is about my tales in storm chasing. My name is Seth Price and I am an instrumentation instructor at New Mexico Tech. My amateur radio call sign is N3MRA.
View all posts by highplainschasing →
This entry was posted in Hurricane Tracking, Practicing Concepts, Predictions, Satellite Imagery and tagged hurricane, meteorology, tropical storm, tropical storm Ivo, tropics, weather. Bookmark the permalink.