With our limited geographic area to chase, any storms we chased would have to be in western Kansas or Eastern Colorado.   At first, we headed to the KS/CO border, targeting Lamar.

In Lamar, we got impatient, as storms were already firing to our southwest, so we doubled  into Kansas to try to get ahead of them, which we were able to do.

We ended up jogging back into Colorado for a closer look.  There was a really low, rotating wall cloud just outside of Lamar, where we had started earlier in the day. 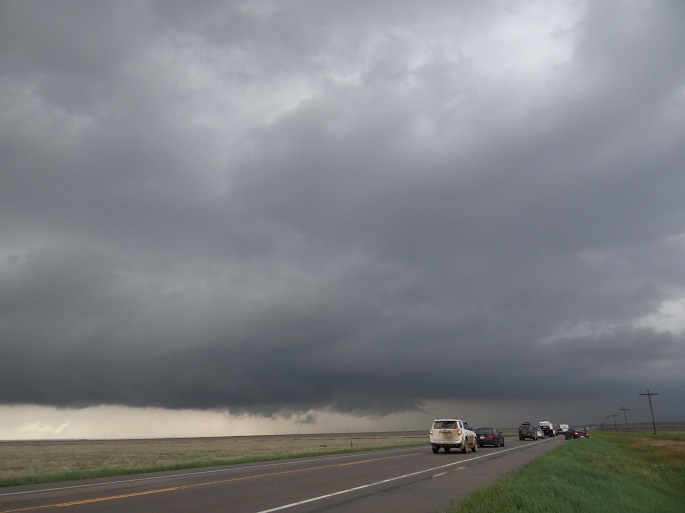 The chaser circus was strong with this storm, and we were soon behind the crowd.  As the storm merged into a mess, and several chasers blocked roads with accidents and getting stuck in the mud, we bailed and headed northwest for Denver.

Surprise, surprise, however, a storm formed to our west and grew right into us.  It had a nice shelf cloud and we doubled back slightly to avoid small hail and heavy rains.  We were able to put a drone up in the air, and I can’t wait to see that video. 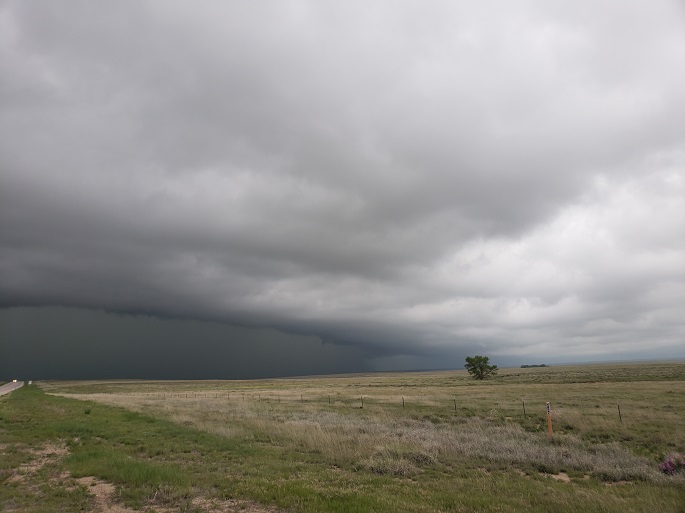 Also saw the whale’s mouth region of this storm: 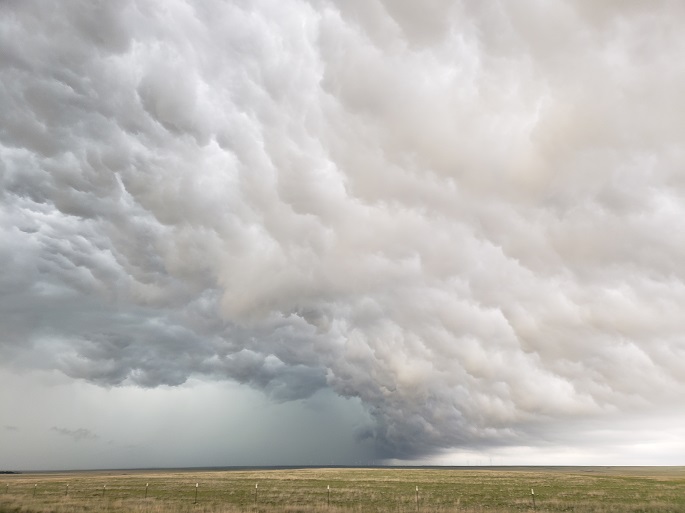 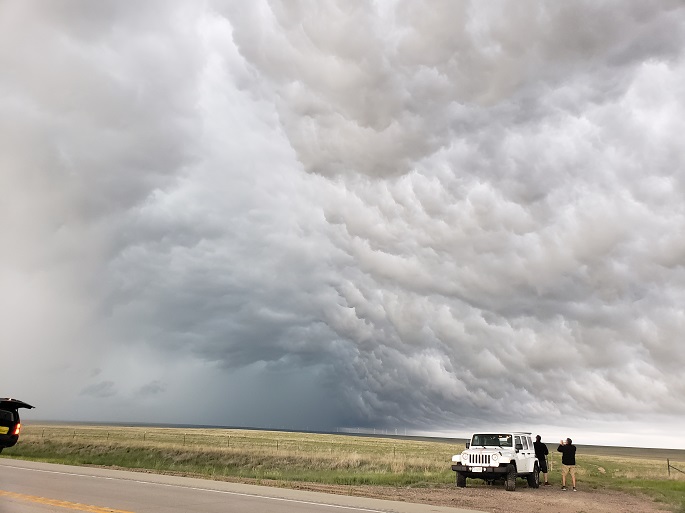 The Doppler RADAR image below shows the storm, as well as all of the spotter dots.

We chased this one storm, then headed to Denver, ending the 2019 Storm Chase season for Kathryn and Justin, and perhaps me as well. 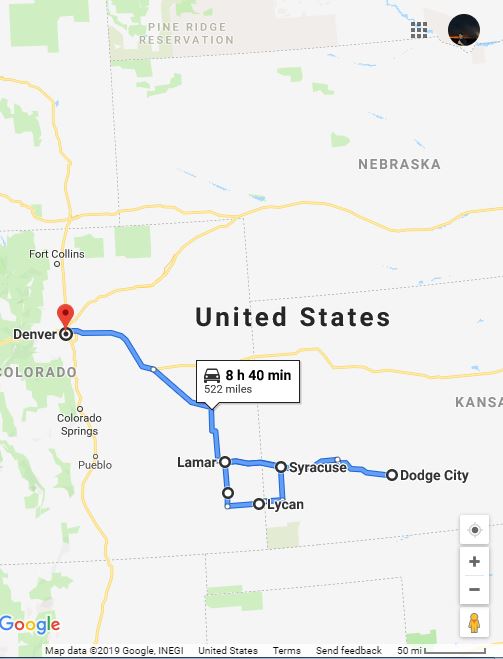 The Storm Prediction Center (SPC) Storm Report graphic shows tornado reports near where we chased.  The heartbreaker for us was the beautiful tornado near Dora, NM, that we were not expecting. 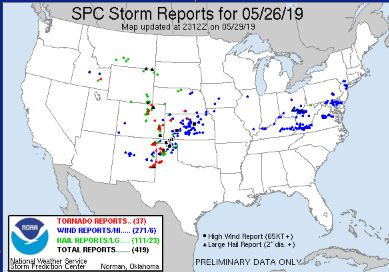 This blog is about my tales in storm chasing. My name is Seth Price and I am an instrumentation instructor at New Mexico Tech. My amateur radio call sign is N3MRA.
View all posts by highplainschasing →
This entry was posted in Chase Account, Follow Up, Practicing Concepts, Radar Imagery, Severe Weather and tagged #cowx, colorado, Lamar, meteorology, photography, shelf cloud, storm, storm chase, wall cloud, weather. Bookmark the permalink.