We knew this day would be a fight to get out of the sludge and low Lifted Condensation Level (LCL) values, as the entire sky was murky.  I’ve spent far too many foggy, drizzly mornings in Woodward, OK.

We left the hotel and headed towards Amarillo.  From Amarillo, we had a good network in all directions, and we were really just looking for the best break in the clouds.

I took a Benadryl at some point, and ended up sitting on the side of the road and resting for a few minutes while the other chasers took photos.  I was out for 10-15 minutes or so.  Never again will I take one of those on a chase.  However, I didn’t miss much, murk and some strong winds.

When I got feeling a little better, we got on a cell that produced a low wall cloud. 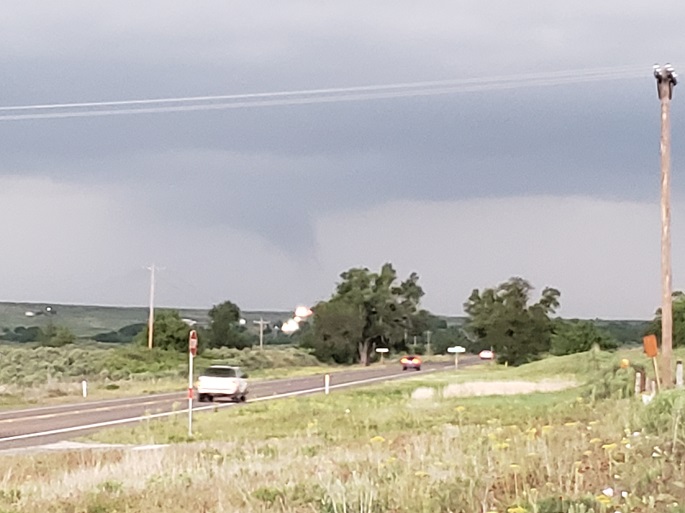 The storm cycled and we lost it.  We stopped by some friendly horses and waited for the next wall cloud to lower. 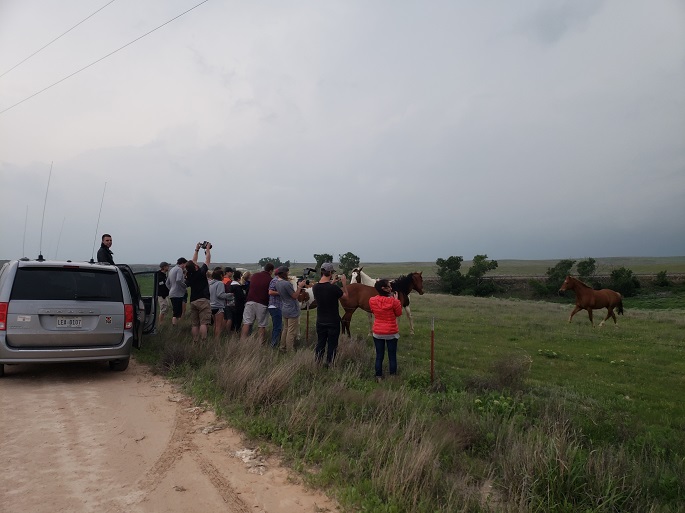 We were starting to run out of daylight, so we took one more charge up to this storm near Canadian, TX.  The drone crew prepped to fly around this storm. 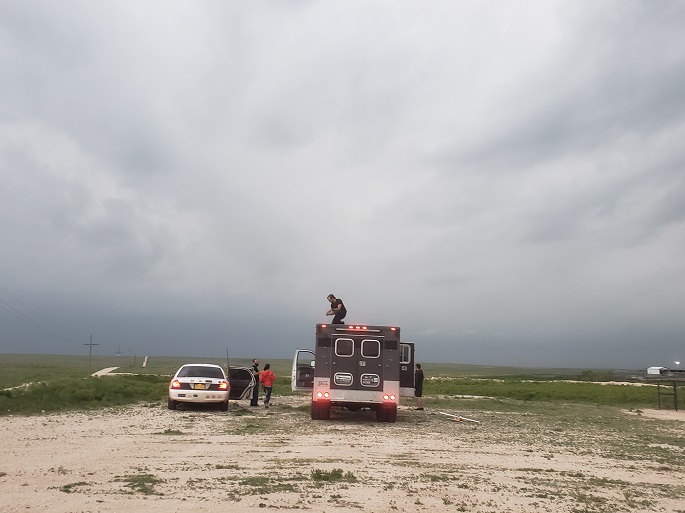 I always liked the scenery in this area. 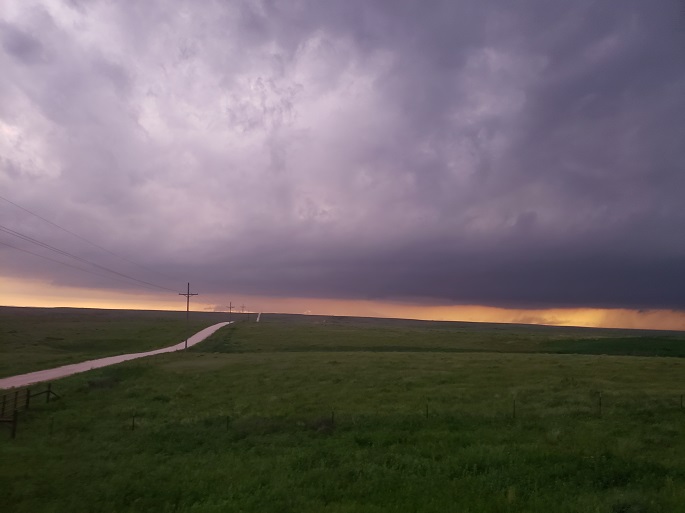 We had a low wall cloud on our horizon.  Notice the lowering in the precipitation area?  It became a funnel, then a tornado, though I have no photos of it myself. 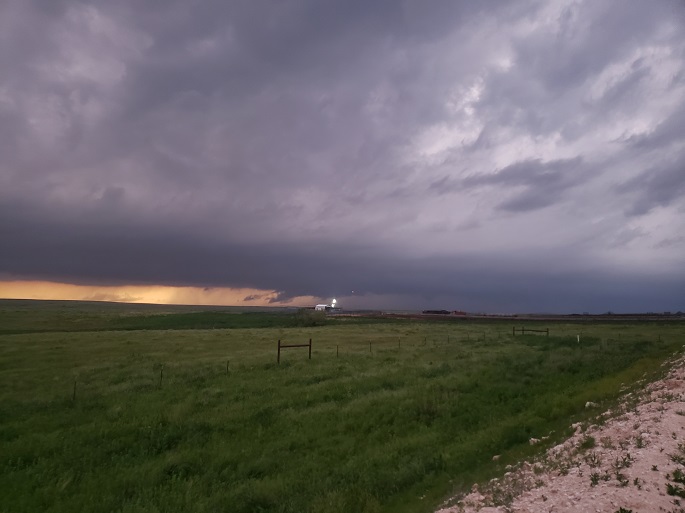 One of the drones used almost no power getting closer to the storm, but then used up the remainder of the battery fighting the strong inflow winds.  It was lowered to 150′ or so before its battery died and it crashed somewhere in this area, right around dusk. 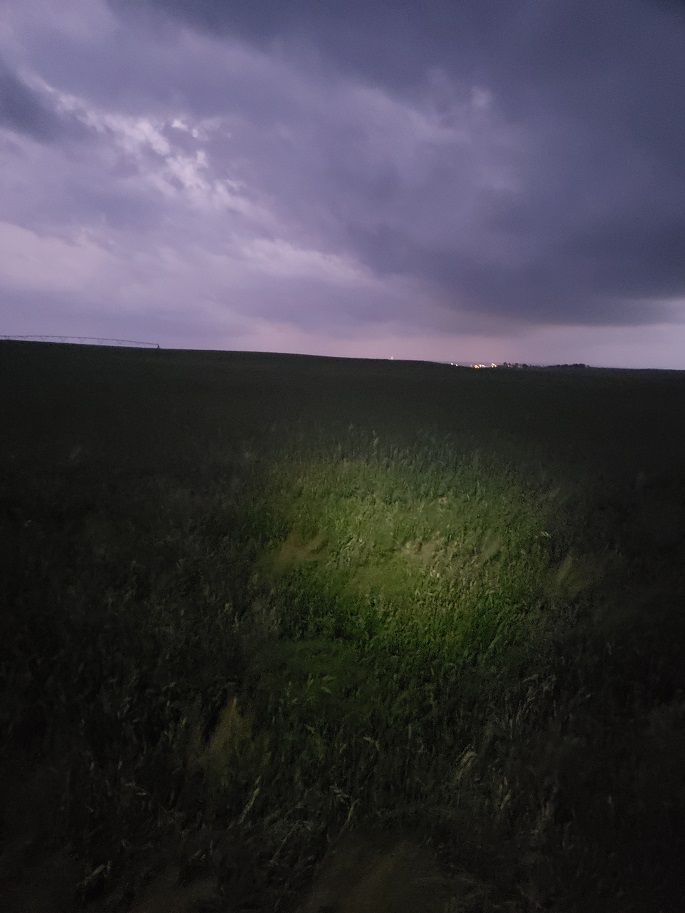 We found our drone, amazingly, as these guys were no help at all: 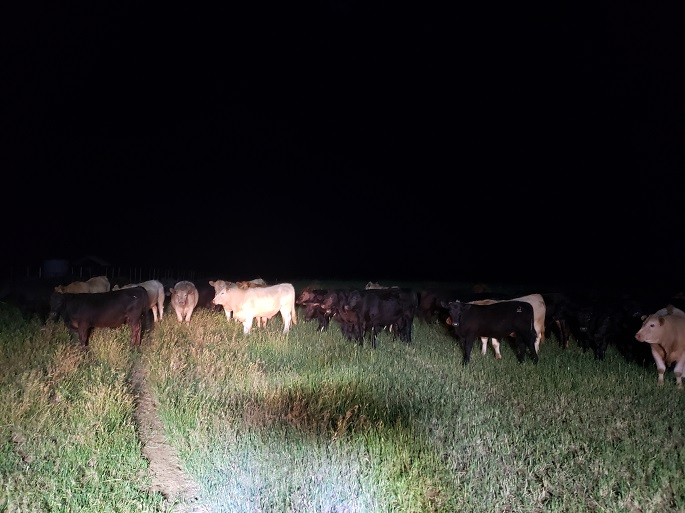 We found the drone and headed back to the Quiet Inn in Canadian for the night.  It was a pretty good place.  Unfortunately, there was no food to be had, so we ended up settling for Allsups food.  We all piled into the Rambo and watched lightning and rain from a non-severe storm while we ate our gas station dinner. 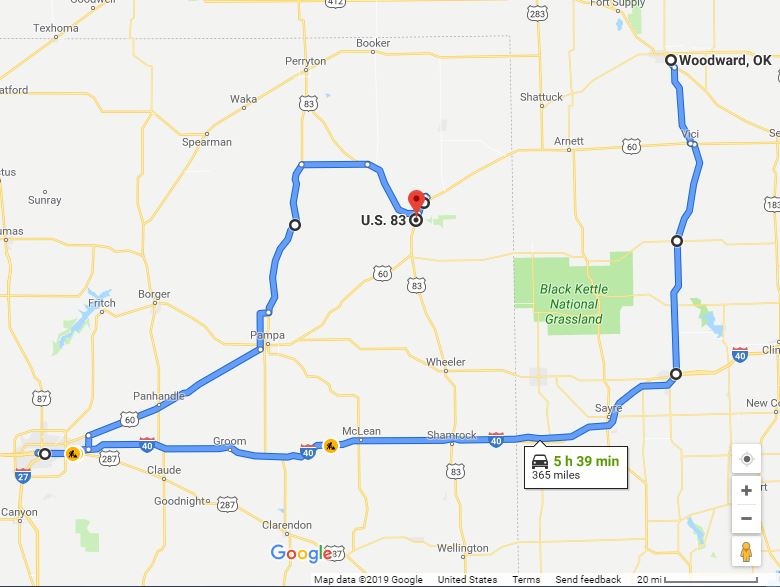 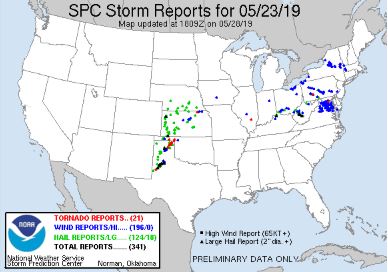 This blog is about my tales in storm chasing. My name is Seth Price and I am an instrumentation instructor at New Mexico Tech. My amateur radio call sign is N3MRA.
View all posts by highplainschasing →
This entry was posted in Chase Account, Follow Up, Practicing Concepts, Radar Imagery, Severe Weather and tagged #kswx, cold core, hays, Kansas, meteorology, storm, storm chase, weather. Bookmark the permalink.