Posted on May 6, 2019 by highplainschasing

Yesterday, we began the day by hanging around the hotel for a while.  We had a minor issue with the hotel and will hopefully get that resolved today.  We didn’t have to go far for storms, so we had time.

We left Lubbock and literally drove about 30 miles and waited.  We had to get out from under the clouds, and we did that right outside of Lubbock.  We then began to drift back southeast towards Lubbock as a few cumulus clouds began to form.

We ended up drifting back into Lubbock and having BBQ for lunch in Lubbock, then drifted back northwest where two storms were beginning to develop. 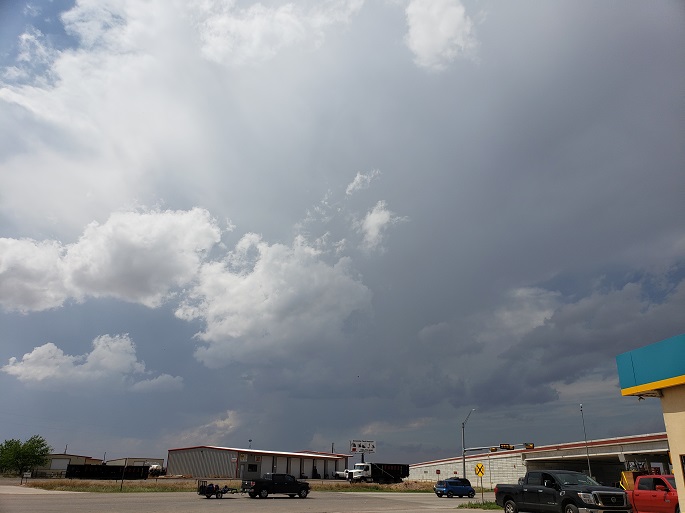 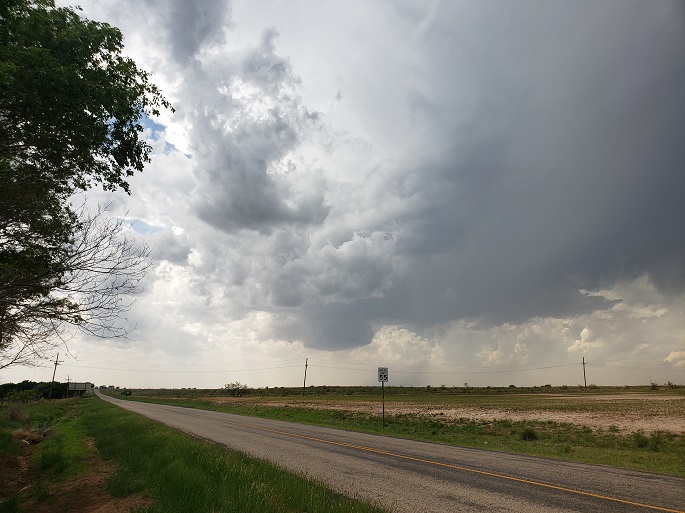 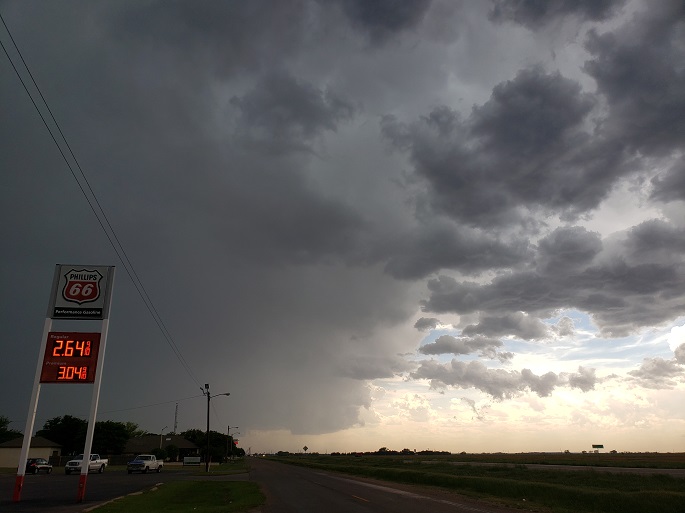 As such, we watched the northern cell eventually fall apart, while the southern cell grew into a large blob.  Unfortunately for us, the large blob eventually produced a long-lived tornado that we had no way to see.  On this radar image, you can see the tight red and green couplet, a textbook TVS.

We ended up missing the storm.  We tried catching a few others, but the dominant cell was the one to our south.

We ended the night in Amarillo, TX, at the Days Inn. 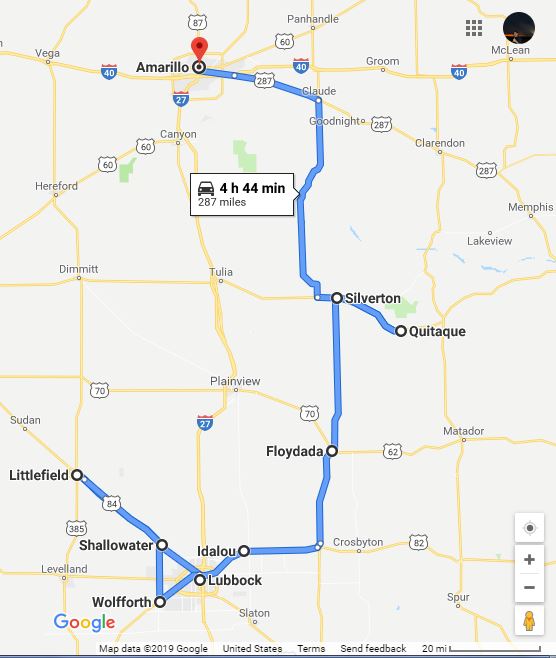 This blog is about my tales in storm chasing. My name is Seth Price and I am an instrumentation instructor at New Mexico Tech. My amateur radio call sign is N3MRA.
View all posts by highplainschasing →
This entry was posted in Chase Account, Follow Up, Photography, Photography, Radar Imagery, Severe Weather and tagged #txwx, Lubbock, Magdalena Storm Chase, photography, slight risk, storm chase, storms, TBSS, Texas, Three Body Scatter Spike. Bookmark the permalink.