Posted on May 5, 2019 by highplainschasing

Yesterday was a good chase day for us.  We started out by visiting the Cadillac Ranch, which has become a tradition for us. 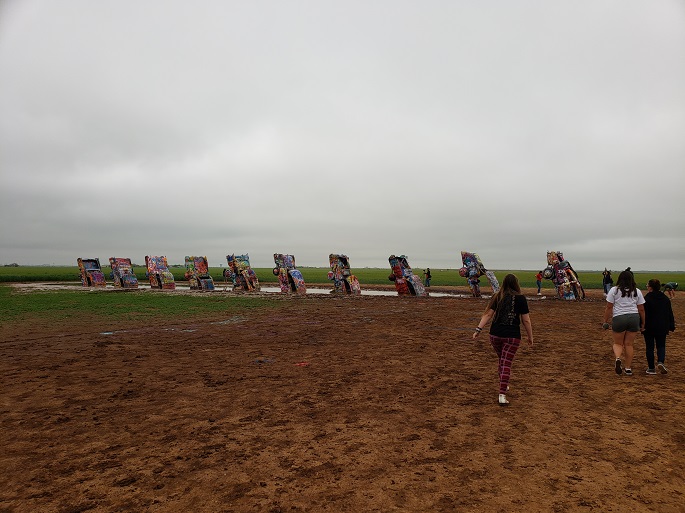 We left Amarillo and headed east.  We were under heavy cloud cover, and we knew our best chances were to get away from the clouds.  We headed south to Hereford and hung out in a Love’s parking lot, watching the clouds melt away.  We then drove to the Hunan Star and had a fantastic lunch.  By then, the low clouds had mixed out and cumulus had started developing to our west.

We headed west to Texico and then through Clovis, NM.  A few cells formed and quickly died in eastern New Mexico. 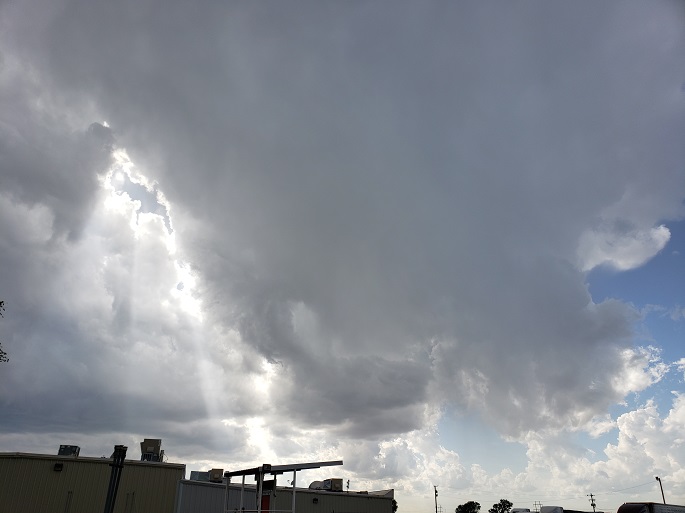 We spent some time with these cells, waiting for one of the cells to catch and stay severe.  Eventually, one did.  We crossed into Texas and followed it through Muleshoe, TX. 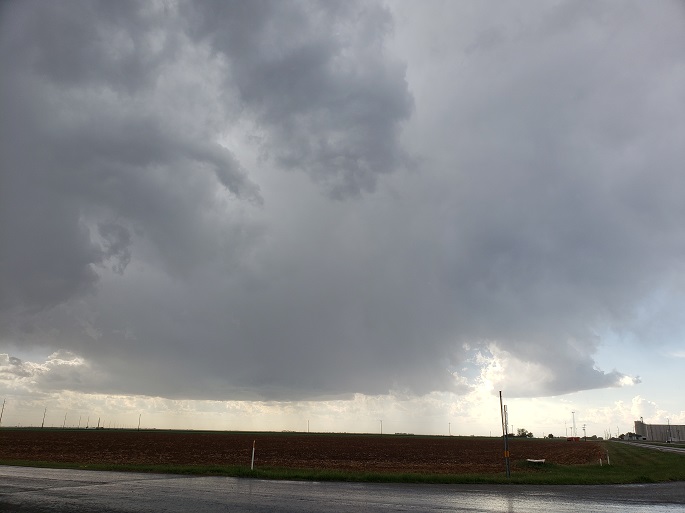 The storm became tornado-warned while we were watching it, though we could see no tornado. 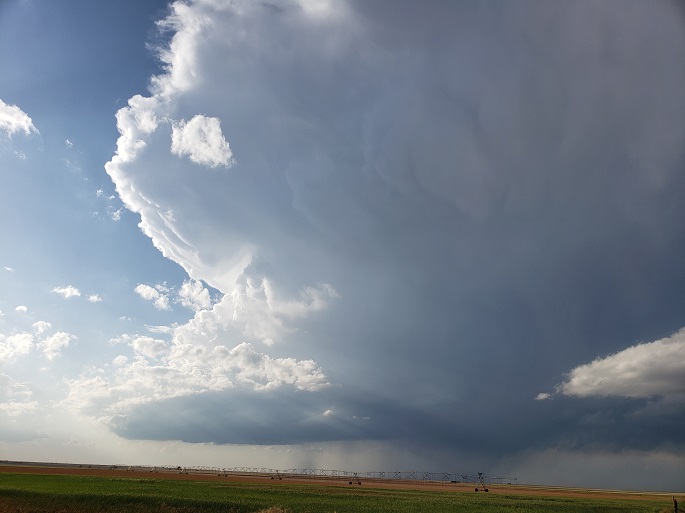 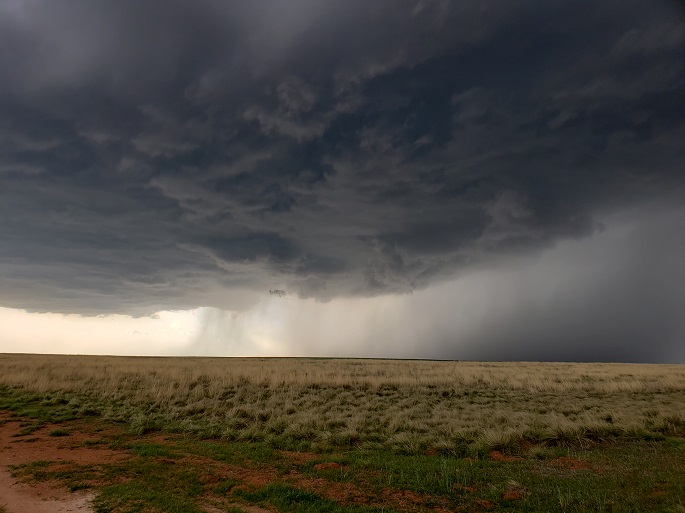 There was also large hail as shown by this Three Body Scatter Spike (TBSS), which is the straight line of radar signatures that sticks out one side of the storm.  The large hail is fooling the radar.

Eventually, we ended up to the west of the most severe cell in our area.  We saw one ropey funnel next to a rainbow.  It was very brief, and I do not have a photo of it.  However, we did get a few photos of the storm at sunset. 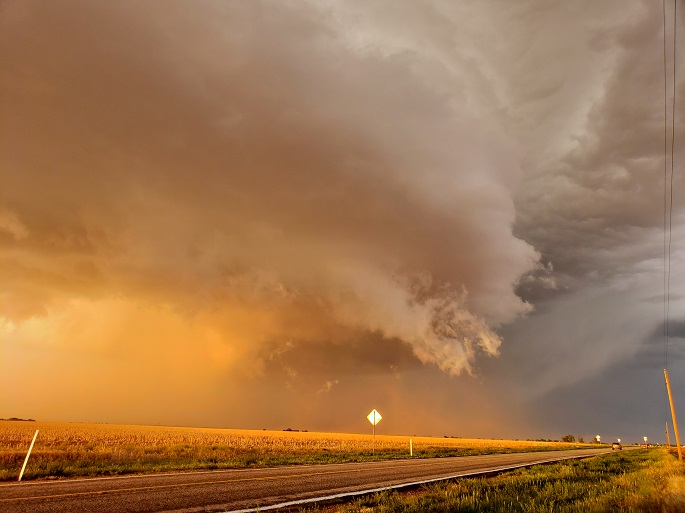 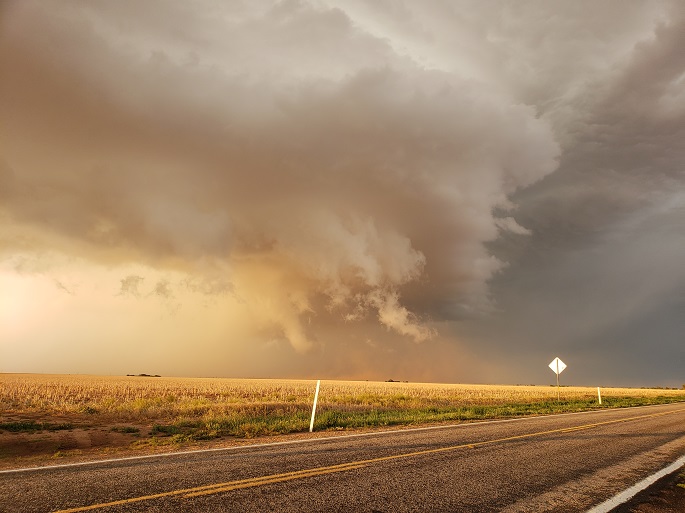 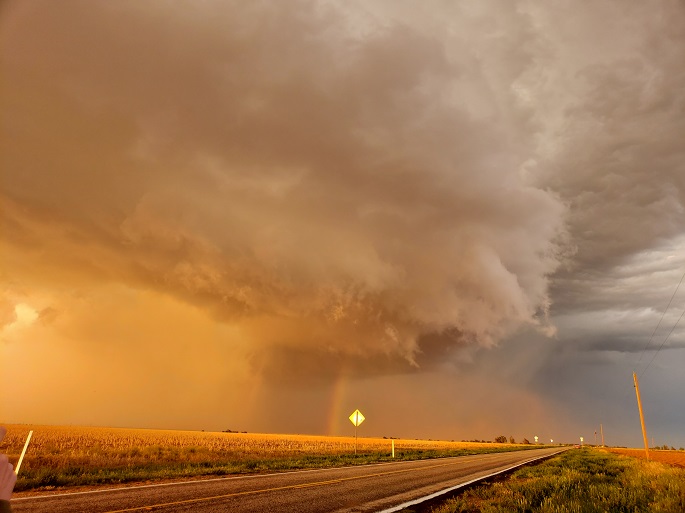 This one was outflow dust getting kicked up behind the storm. 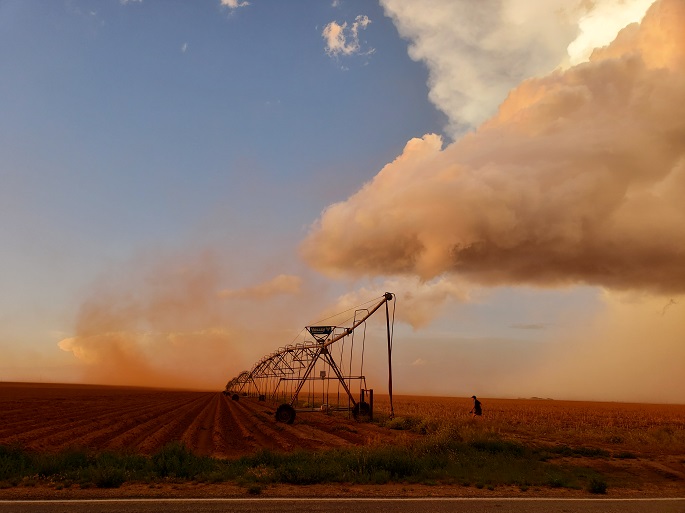 The storm produced one more wall cloud at sunset, but it quickly fell apart. 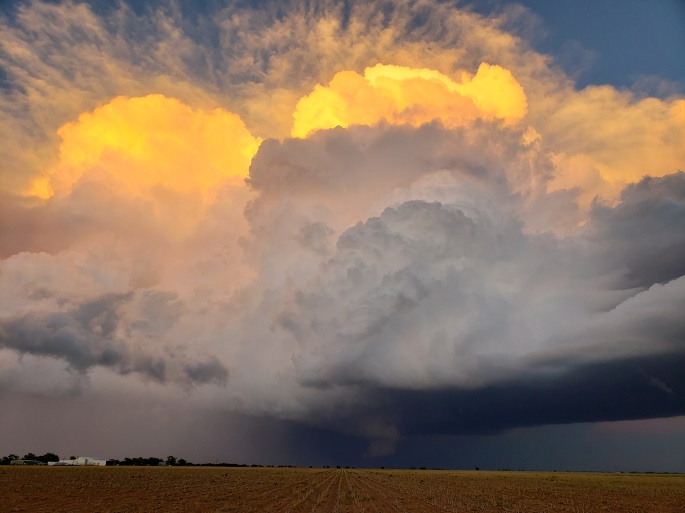 We ended the night in Lubbock TX, in the Hotel Ava. 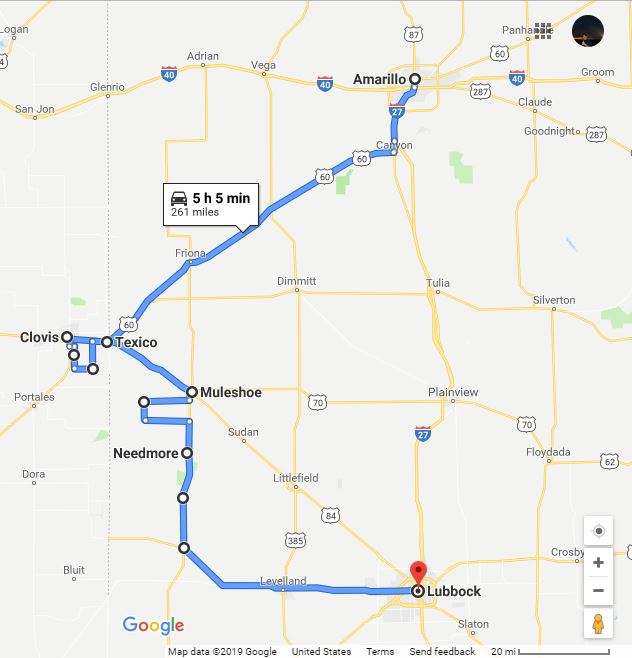 This blog is about my tales in storm chasing. My name is Seth Price and I am an instrumentation instructor at New Mexico Tech. My amateur radio call sign is N3MRA.
View all posts by highplainschasing →
This entry was posted in Chase Account, Follow Up, Photography, Radar Imagery, Severe Weather and tagged #txwx, Lubbock, Magdalena Storm Chase, photography, slight risk, storm chase, storms, TBSS, Texas, Three Body Scatter Spike. Bookmark the permalink.