Posted on May 2, 2019 by highplainschasing

Yesterday, we loaded up the Expedition and departed Magdalena schools around 10:00 AM, headed east.  We briefly stopped in Magdalena to pick up the last of our crew, then continued east out US-380.

From our earlier forecast, we knew we needed to get as far southeast as possible, but the reality was that we weren’t going to get in front of the storms that fired.

We pushed east, stopping for a late lunch and some reevaluation in Roswell, NM.   From there, we continued east, eventually turning southeast in Post, TX.

As the sun was setting, we could see a few storms that had fired to our east.  They had been briefly severe-warned, but no tornadoes.  Even so, there was a nice, dying storm at sunset: 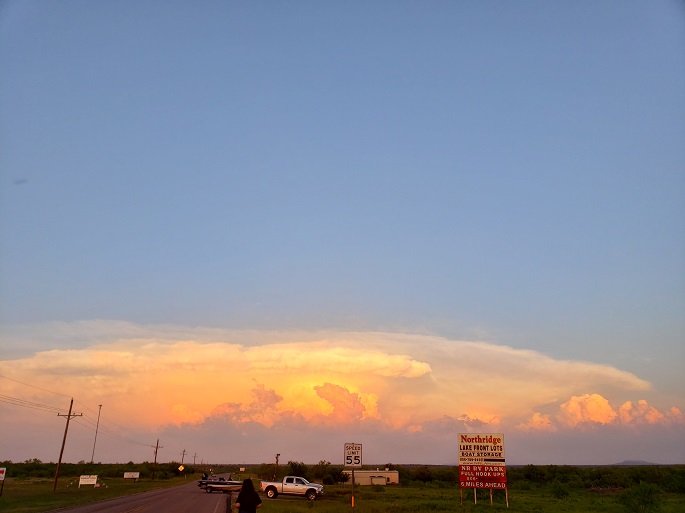 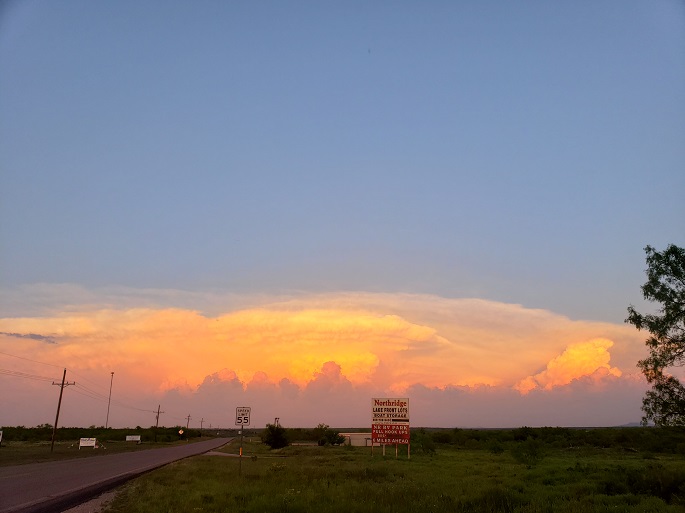 Even with these few storms, the day was not very explosive in the southwest.  We decided to stay somewhere near the dryline and see what the new day would hold instead of taking a longer night and pushing farther southeast.  I’ll post today’s forecast in a few minutes. 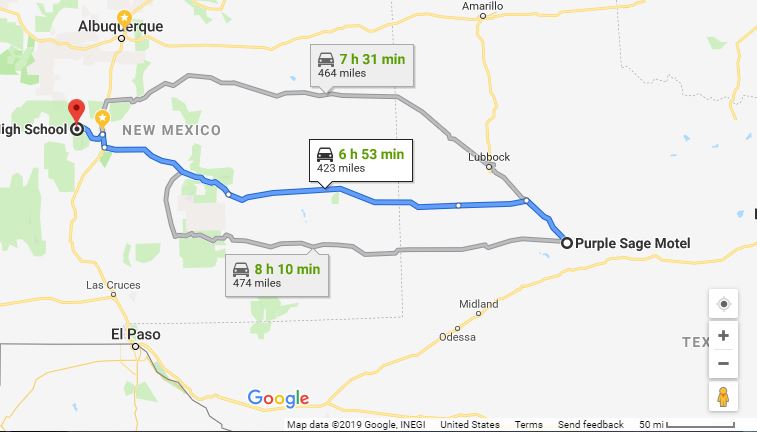 We ended the night in Snyder, TX, at the Purple Sage Motel.

This blog is about my tales in storm chasing. My name is Seth Price and I am an instrumentation instructor at New Mexico Tech. My amateur radio call sign is N3MRA.
View all posts by highplainschasing →
This entry was posted in Chase Account, Severe Weather and tagged #txwx, Enhanced Risk, Magdalena Storm Chase, photography, snyder, storm chase, storms, Texas. Bookmark the permalink.