Posted on February 20, 2019 by highplainschasing

Yesterday was mostly cloudy.  We had snow off and on, probably peaking with about 2″ of snow on the ground.

This morning has been mostly sunny, cold, and still.  It was 15 F when I left the house this morning.

The visible satellite image is unavailable at this time.  The enhanced infrared imagery shows only thin clouds over the middle of the state, with a few thicker clouds in the northwest. 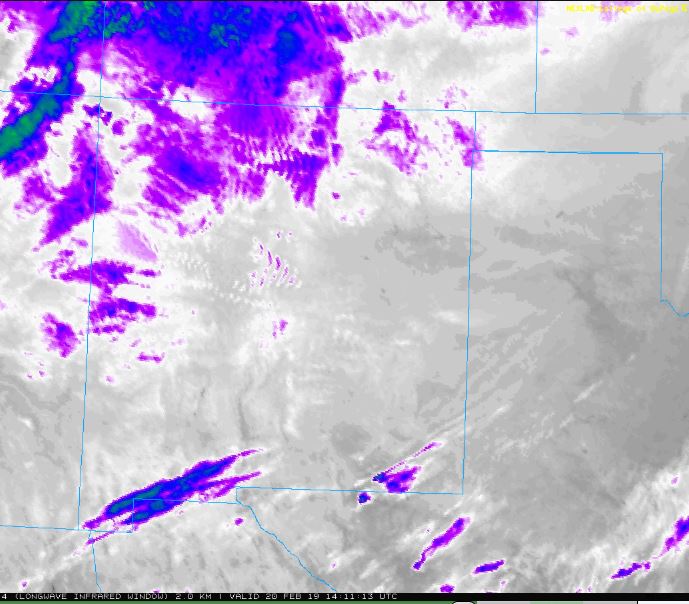 The 12Z upper air sounding from Albuquerque a nearly-saturated layer around 650 mb.  There was 0.14 inches of precipitable water present in the column.  There was no Convective Available Potential Energy (CAPE) and no Convective Inhibition (CINH).  The Lifted Condensation Level (LCL) was 738 m.  There was no thermal inversion near the surface, and the 0-3 km average lapse rate was 6.3 C/km.  The hodograph shows the low-level shear is 19 kts (due mostly to directional changes), and the deep layer shear is 53 kts (due mostly to speed changes). 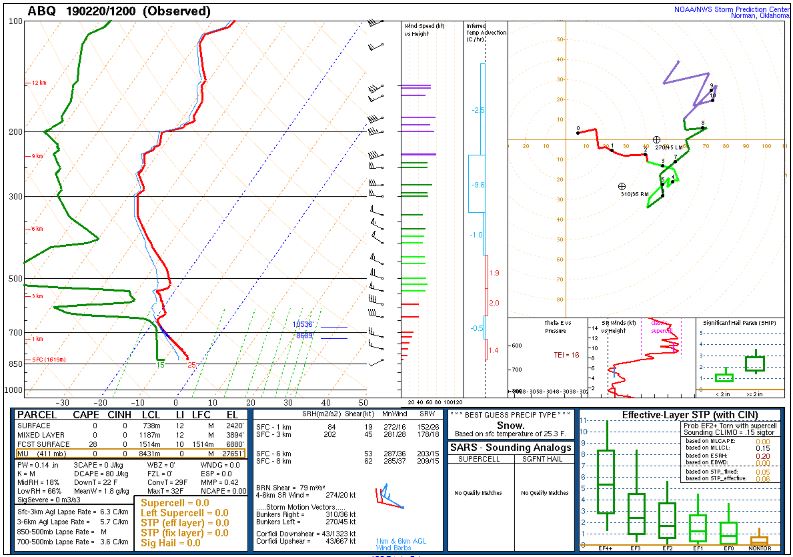 The surface observations chart (from the SPC Mesoscale Analysis Map) shows cold temperatures and moderate humidity this morning.  The skies are mostly sunny (according to the sensors) and the winds are light and variable. 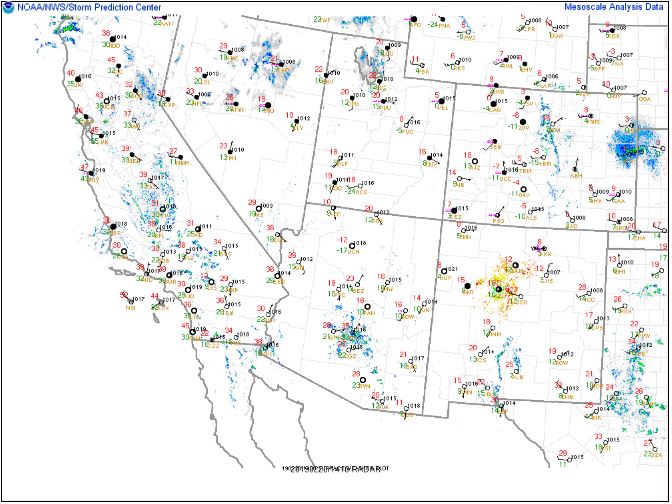 The surface pressure chart (from the SPC Mesoscale Analysis Map) shows that we are under no strong pressure systems or gradients this morning.  The RAP shows that none are expected over the next six hours. 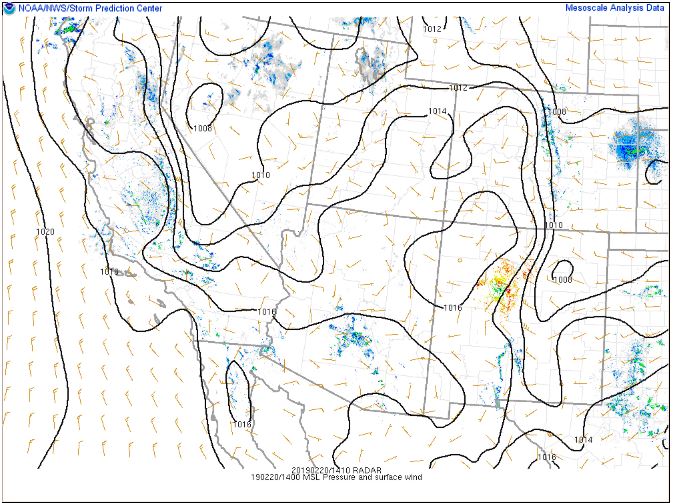 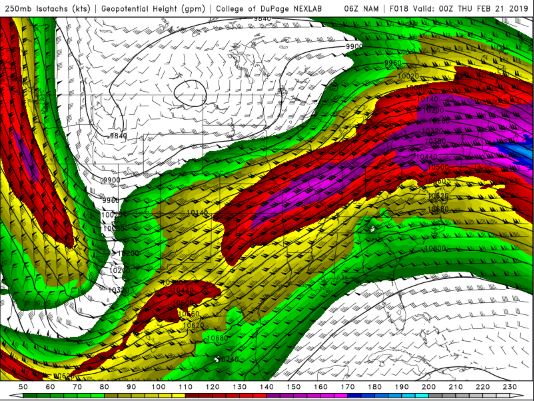 The HRRR simulated reflectivity shows precipitation is unlikely today.  This chart has been excluded from today’s post.

The HRRR predicts that the high temperatures for the Rio Grande River Valley will peak in mid 40s today. 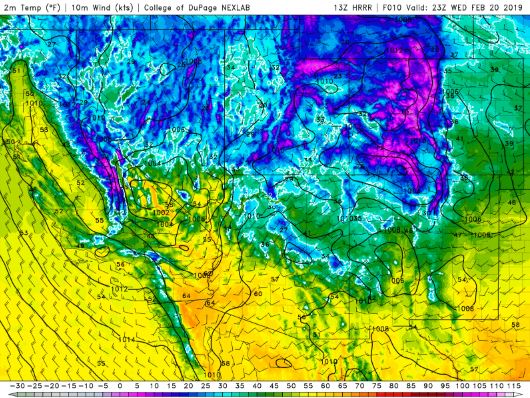 The HRRR shows that the dewpoints will remain in the single digits for most of the day. 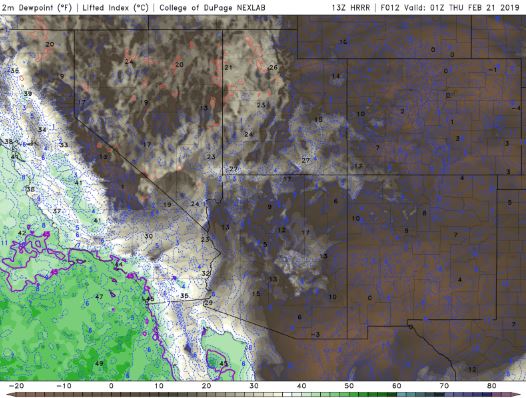 The HRRR shows gusty winds are possible, particularly along the central mountain chain. 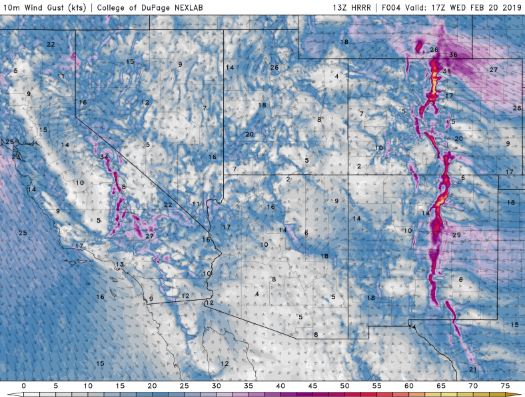 The HRRR shows that the clouds will increase in the late afternoon and evening hours. 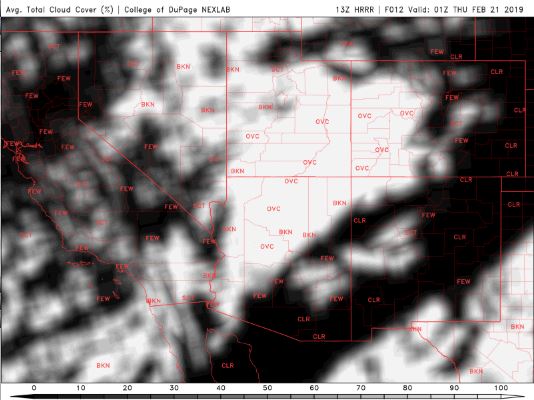 Today will be cool, still and sunny in the Rio Grande River Valley.  It is the lull between winter storms, however, with more winter weather coming tomorrow evening and Friday.