Posted on February 9, 2019 by highplainschasing

Yesterday was sunny, cool and a little breezy.

This morning has been partly sunny, cool and still.

The visible satellite image shows light, high clouds over most of the state this morning. 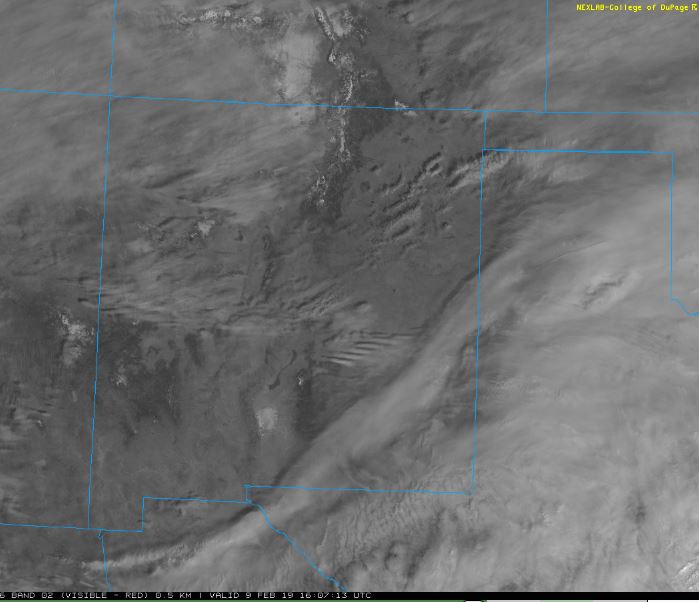 The 12Z upper air sounding from Albuquerque shows a dry atmosphere, with no saturated layers.  There was 0.12 inches of precipitable water present in the column.  There was no Convective Available Potential Energy (CAPE) and no Convective Inhibition (CINH).  The Lifted Condensation Level (LCL) was 758 m.  There was a moderate, thick thermal inversion near the surface, and the 0-3 km average lapse rate was 3.0 C/km.  The hodograph shows the low-level shear is 20 kts (due mostly to directional changes), and the deep layer shear is 66 kts (due mostly to speed changes).

The surface observations chart (from the SPC Mesoscale Analysis Map) shows cool temperatures and low humidity this morning.  The skies are sunny (according to the sensors) and the winds are light and variable. 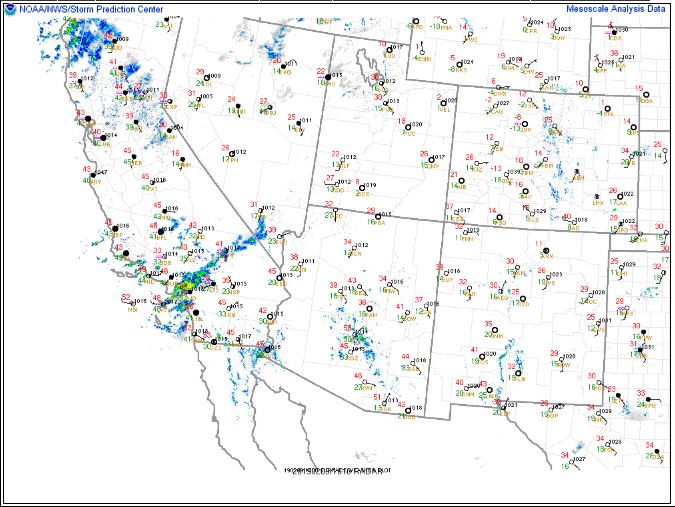 The surface pressure chart (from the SPC Mesoscale Analysis Map) shows that we are under high pressure, with a moderate pressure gradient in the southern half of the state.  The RAP shows that this trend will continue for the next six hours. 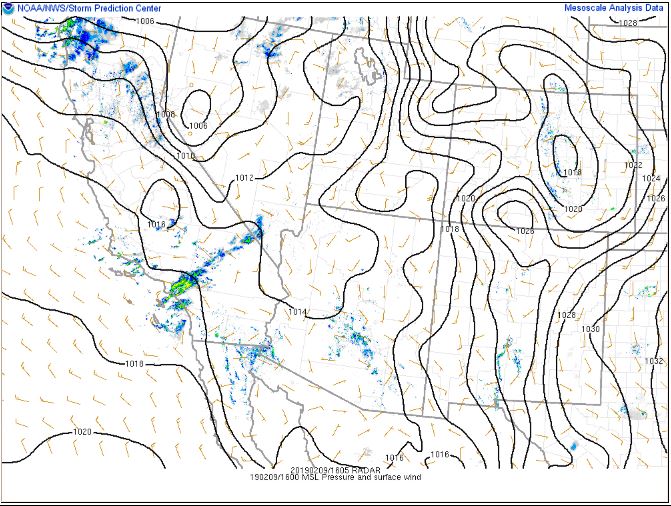 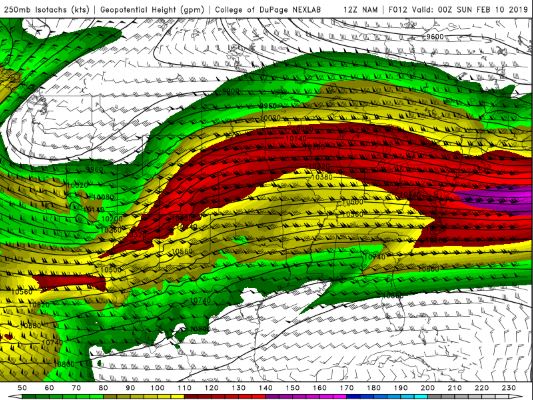 The HRRR simulated reflectivity forecasts very little precipitation.  This chart has been excluded from today’s post.

The HRRR predicts that the high temperatures for the Rio Grande River Valley will peak in mid 50s today. 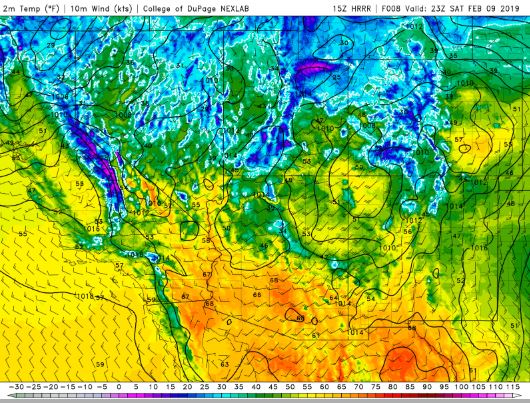 The HRRR shows that a weak dryline will form and trace I-25 through central New Mexico.  It’s dry on both sides, but goes from a dewpoint of 10 F in Gallup to a dewpoint of 20 F in Albuquerque. 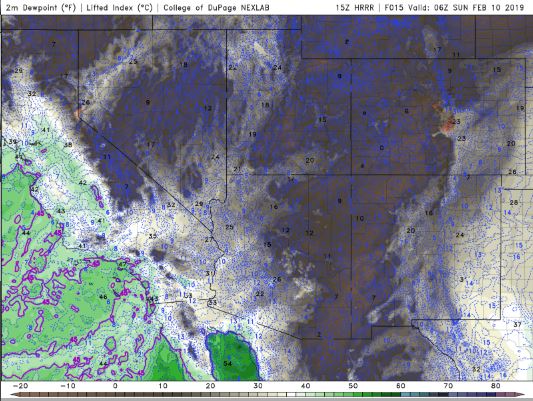 The HRRR shows gusty winds are possible this afternoon, particularly in the western third of the state. 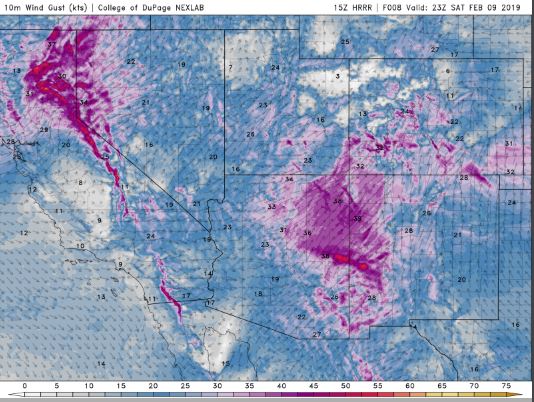 The HRRR shows that the skies are expected to become overcast by mid-afternoon. 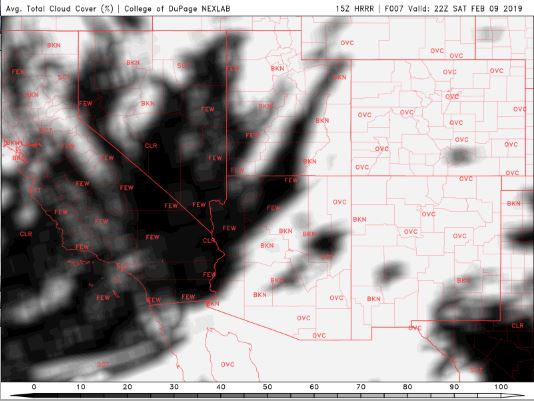 Today will be slightly warmer than yesterday, and maybe even warmer still tomorrow.  With the winds, dry temperatures and warmer day, I’m surprised the fire risk isn’t a little higher in western New Mexico.