Posted on January 21, 2019 by highplainschasing

Yesterday was sunny, mild and still.  I did go out for a very pleasant run.  I did not go out and see the eclipse, however.

This morning has been cold, partly cloudy and still.

The NWS in Albuquerque has issued High Wind Warnings for a good part of New Mexico today.  There is also a Winter Weather Advisory for a few of the northern counties.  The NWS Watches and Warnings graphic is shown below: 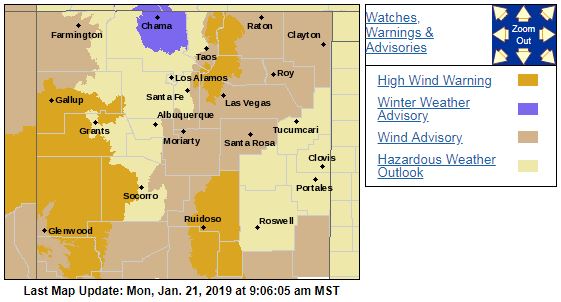 The Storm Prediction Center (SPC) has also issued a Critical Fire Weather risk for the southern part of the state, due to the high winds this afternoon. 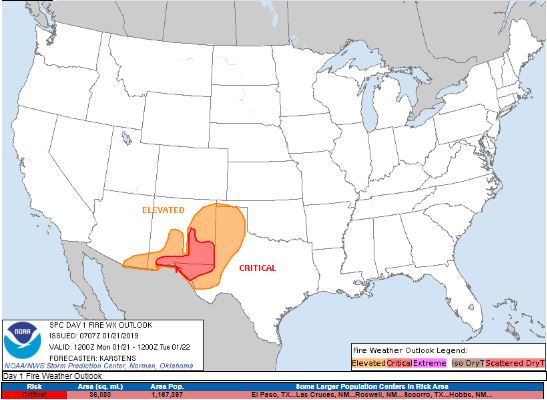 The visible satellite imagery shows high clouds over most of the state today.  These clouds are following the jetstream, and are strung out from southwest to northeast. 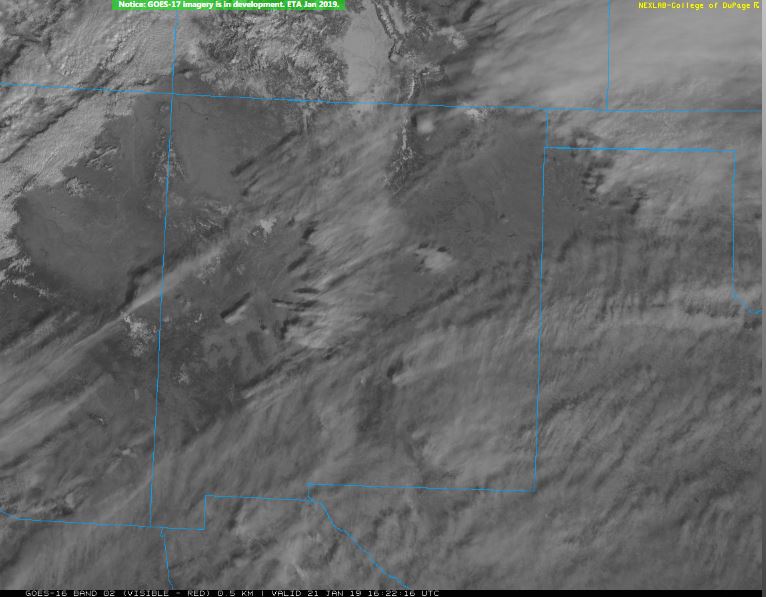 The 12Z upper air sounding from Albuquerque shows a dry atmosphere.  There was 0.21 inches of precipitable water present in the column.  There was no Convective Available Potential Energy (CAPE) and no Convective Inhibition (CINH).  The Lifted Condensation Level (LCL) was 1016 m.  There was a large thermal inversion near the surface, and the 0-3 km average lapse rate was 3.1 C/km.  The hodograph shows that there was 31 kts low-level shear (due mostly to directional changes) and 78 kts deep-layer shear (due mostly to speed changes). 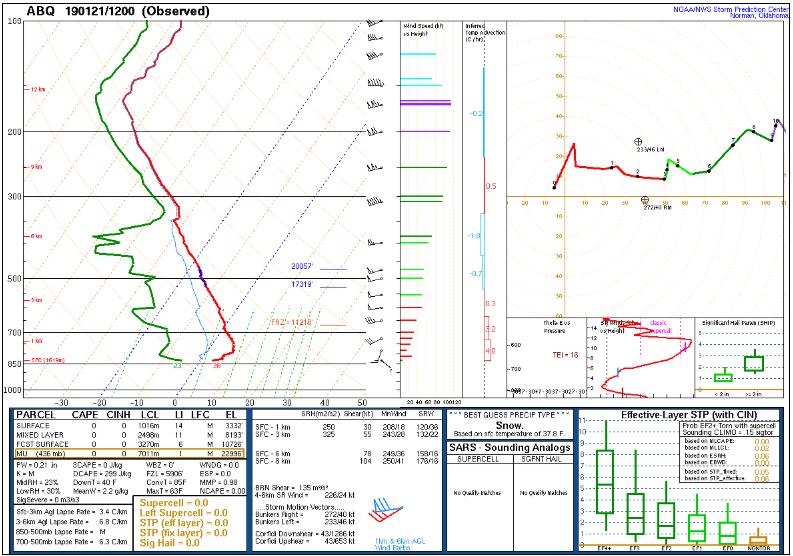 The surface observations (from the SPC Mesoscale Analysis Map) show cold temperatures and low humidity (based on the surface dewpoint depressions).  The skies are clear (according to the sensors), and the winds are light and variable. 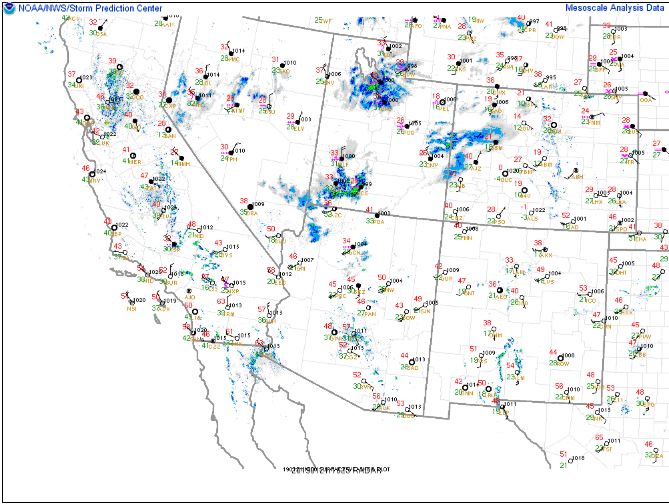 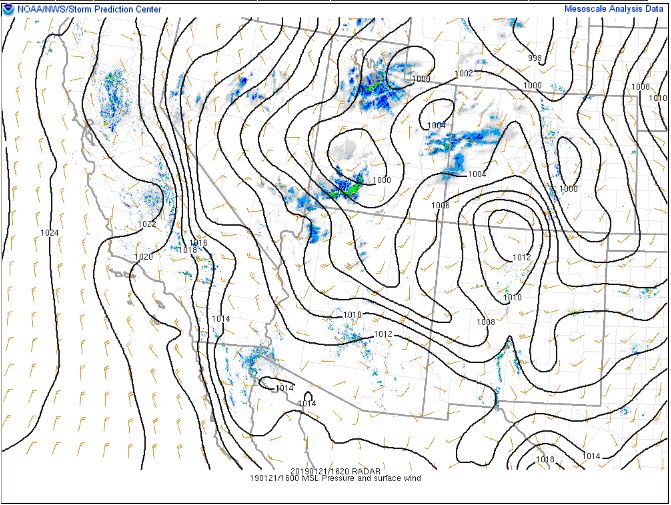 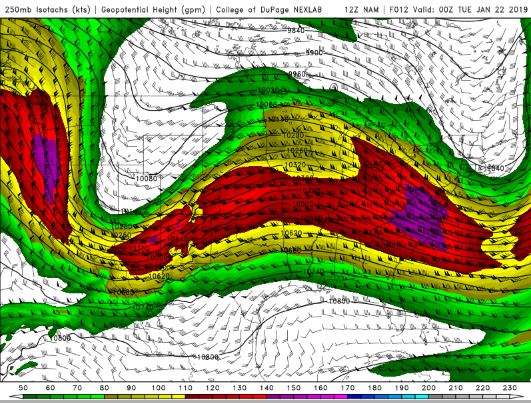 The HRRR simulated reflectivity forecasts very little chance of precipitation today.  This chart has been excluded from today’s post.

The HRRR predicts that the high temperatures for the Rio Grande River Valley will peak around 22 Z, reaching into the low 60s F. 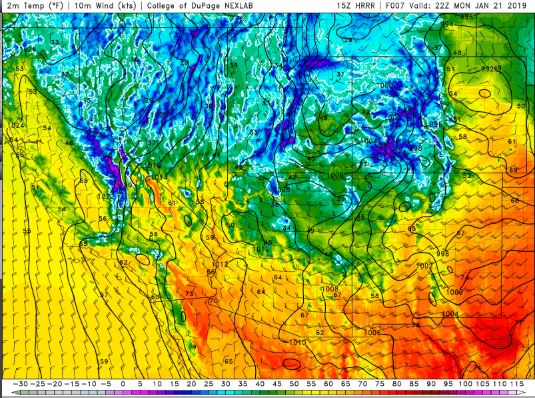 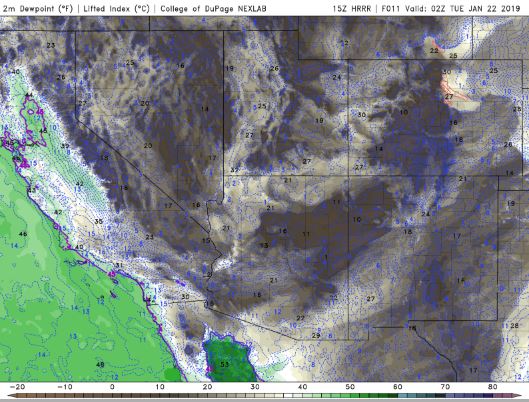 The HRRR shows strong wind gusts are likely over most of the state today. 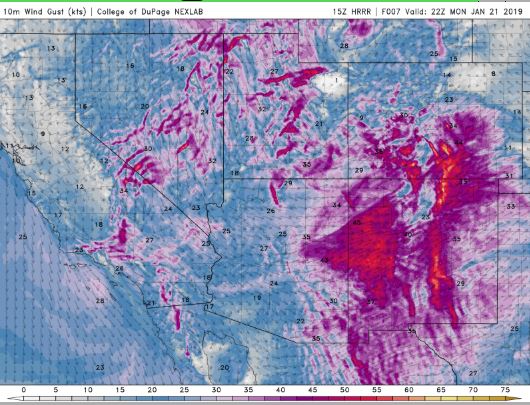 The HRRR shows that there will be a few clouds off and on today. 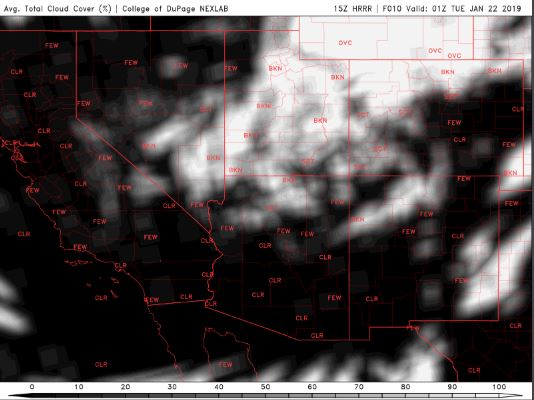 Today will be windy.  That will be the defining, noticeable feature of today’s weather.  It has not yet warmed up, so I have not been out for a run.  However, if the wind kicks up before the temperatures rise, I probably won’t go for a run.