Posted on December 2, 2018 by highplainschasing

Yesterday was cool, windy, and partly cloudy, but became partly sunny by the afternoon.  It clouded up in the late evening and snowed overnight: 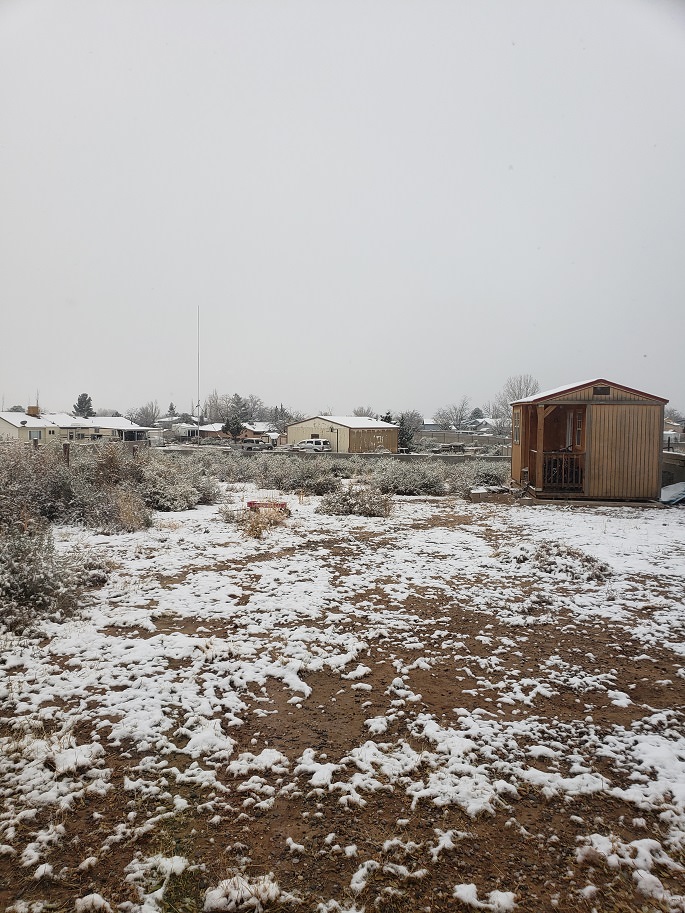 This morning has been cold, cloudy and still.

The NWS in Albuquerque, NM, has issued a Hazardous Weather Outlook concerning a potent winter storm.  The northern half of the state will be impacted by wintry mix and snow, particularly at elevations above 8000′.   They have issued several Winter Weather Advisories and a Winter Storm Warning for areas near Chama.  The NWS Watches and Warnings graphic is shown below: 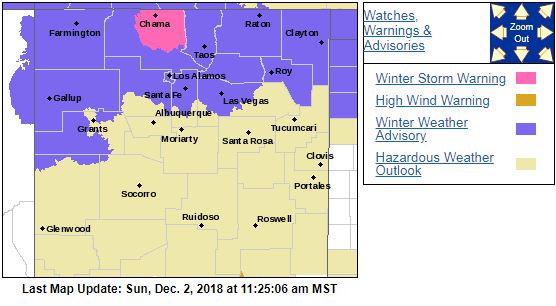 The visible satellite imagery shows heavy cloud cover over most of the state today. 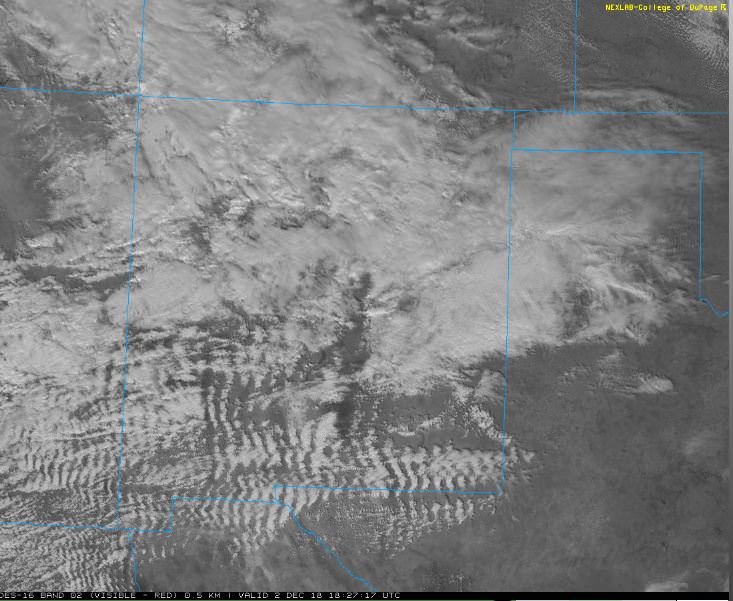 The 12Z upper air sounding from Albuquerque shows nearly-saturated conditions below 450 mb.  There was 0.36 inches of precipitable water present in the column.  There was no Convective Available Potential Energy (CAPE) and no Convective Inhibition (CINH).  The Lifted Condensation Level (LCL) was 87 m.  There was no thermal inversion near the surface, and the 0-3 km average lapse rate was 6.0 C/km.  The hodograph shows that there was 24 kts low-level shear (due mostly to directional changes) and 128 kts deep-layer shear (due mostly to speed changes). 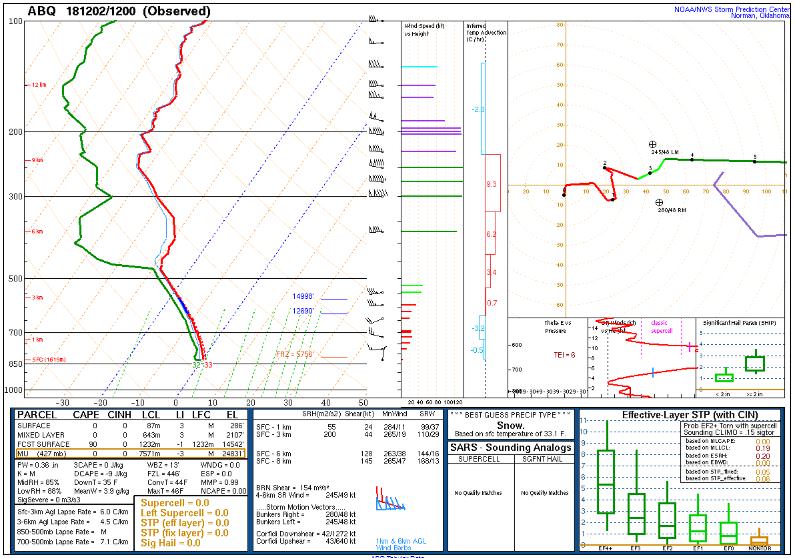 The surface observations (from the SPC Mesoscale Analysis Map) show cool temperatures and high humidity (based on the surface dewpoint depressions).  The skies are mostly clear (according to the sensors), and the winds are light and variable. 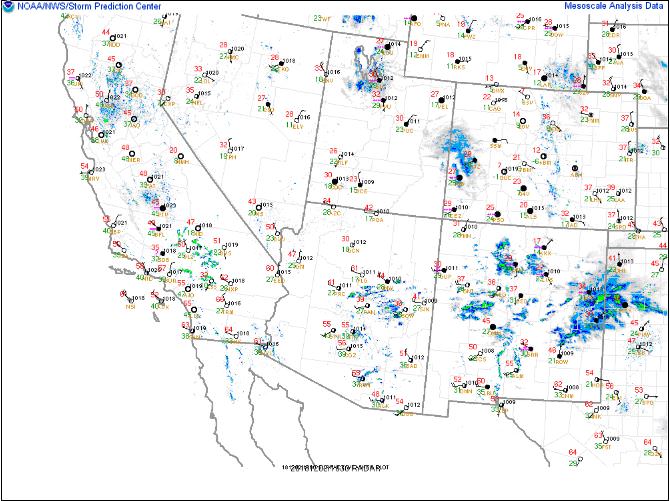 The surface pressure chart shows no strong pressure systems or gradients over the state today.  The RAP shows that none are expected for at least the next six hours. 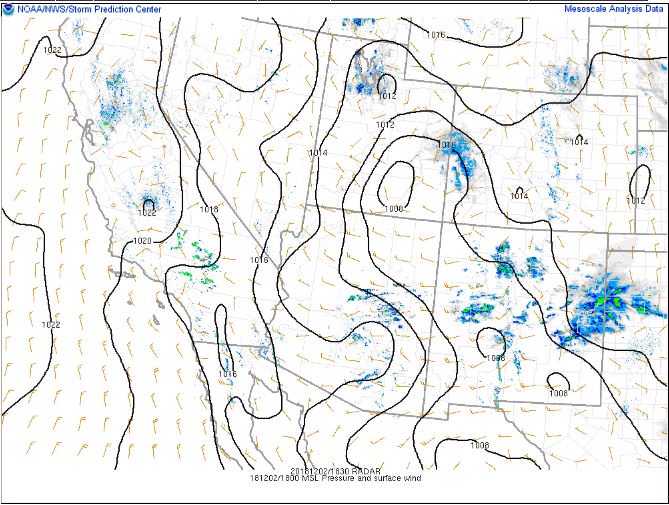 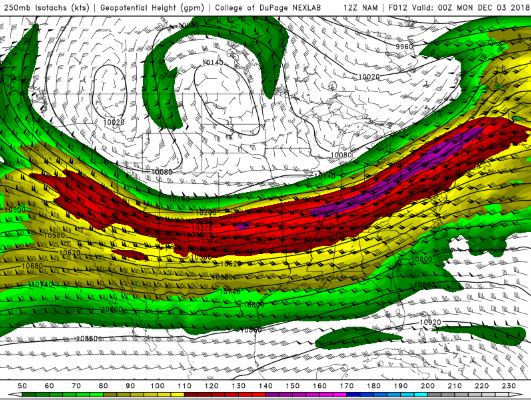 The HRRR simulated reflectivity shows scattered precipitation off and on all day. 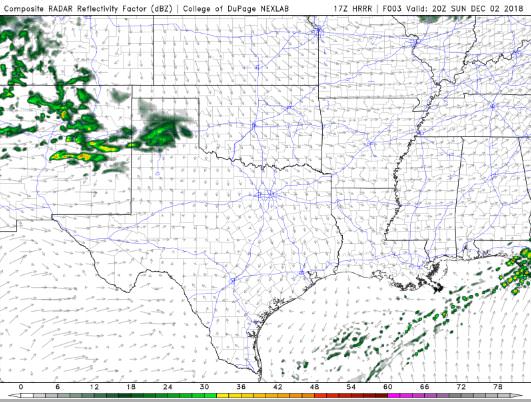 The HRRR confirms what the NAM said:  precipitation that falls will fall as snow north of the I-25 corridor and above 8000 ft. 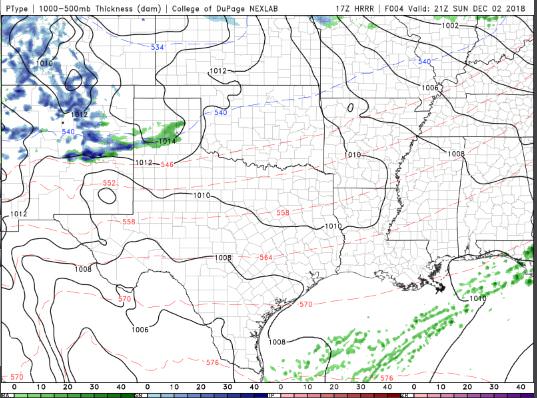 The HRRR predicts that the high temperatures for the Rio Grande River Valley will peak around 21 Z, reaching into the mid 40s F. 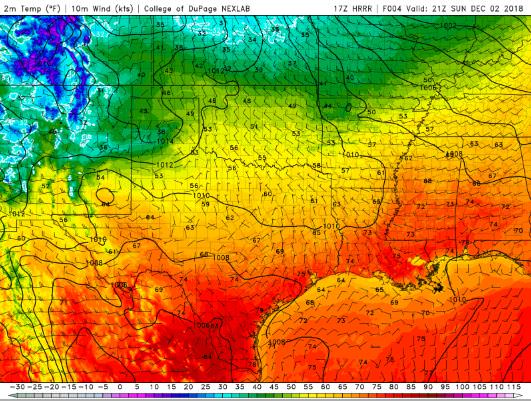 The HRRR shows that the dewpoints will remain in the 20s F today. 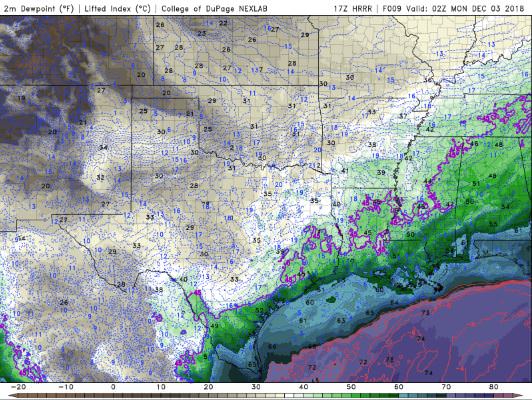 The HRRR shows strong wind gusts are possible, particularly for higher elevations near the continental divide. 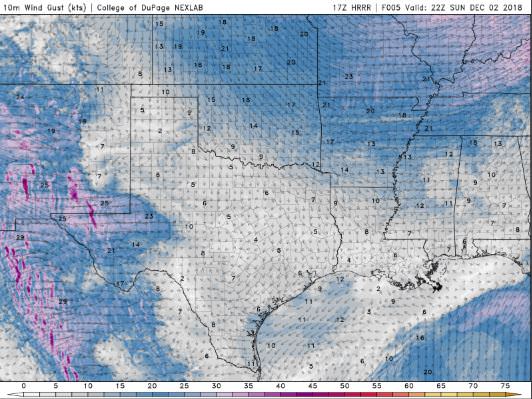 The HRRR shows that the skies are expected to lighten a bit in the afternoon, with spottier cloud coverage. 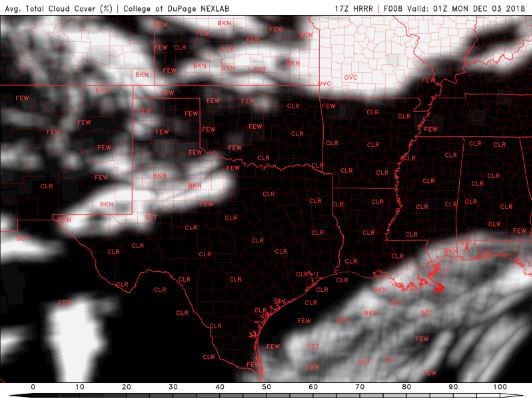 The NAM shows the Critical Thicknesses are almost all near the I-40 corridor.  Precipitation will likely fall as snow above this line, though the surface temperatures in the Albuquerque Metro area are high enough that it will not stick at this time. 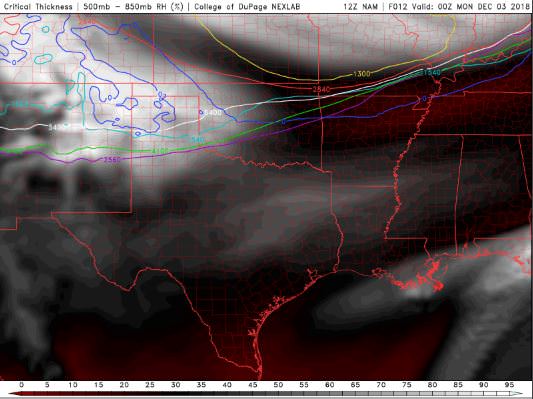 Today will continue to be cold and cloudy, with some snow falling.  I am not expecting heavy accumulation due to the boundary layer temperature.