Posted on November 8, 2018 by highplainschasing

Yesterday was mostly sunny, mild and still.  It was a pleasant day all day again.

This morning has been clear, cold, and still.

The NWS in Albuquerque has issued a Hazardous Weather Outlook concerning colder, foggier conditions in the northeastern corner of the state this morning.  A backdoor cold front has passed through this corner, dropping the temperatures and condensing moisture into fog and drizzle.  A stronger backdoor cold front is expected in the next 24 hours.

The visible satellite imagery shows fog over the eastern part of the state this morning, but no clouds over the Albuquerque Metro area. 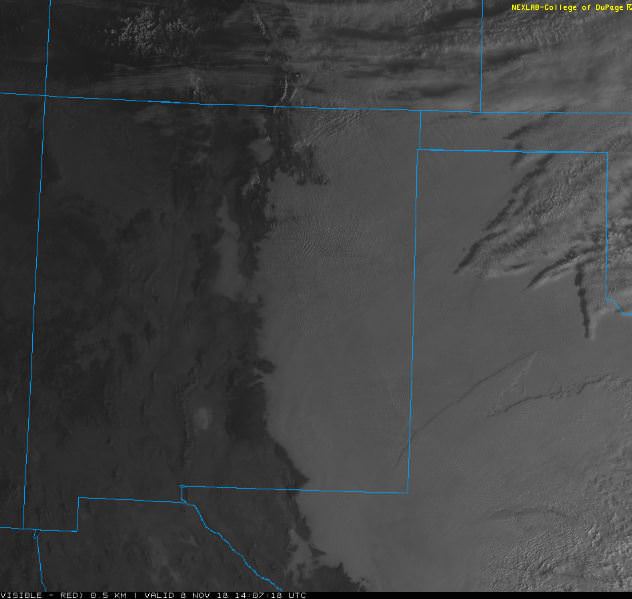 The 12Z upper air sounding from Albuquerque shows a dry atmosphere, with no saturated layers.  There was 0.33 inches of precipitable water present in the column.  There was no Convective Available Potential Energy (CAPE) and no Convective Inhibition (CINH).  The Lifted Condensation Level (LCL) was 420 m.  There was a moderate inversion near the surface, and the 0-3 km average lapse rate was 4.4 C/km. 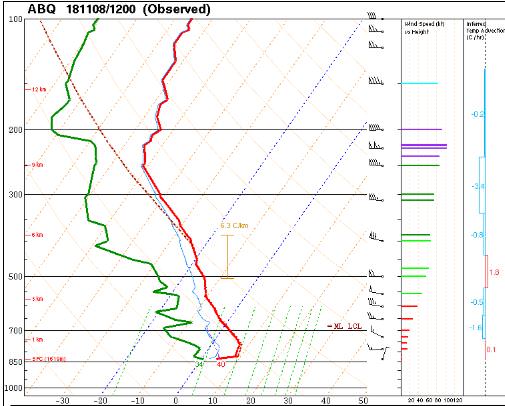 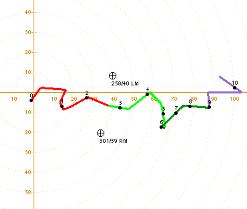 The surface observations (from the SPC Mesoscale Analysis Map) show cold temperatures and low humidity (based on the surface dewpoint depressions).  The skies are clear (according to the sensors), except in the eastern part of the state, and the winds are light and variable. 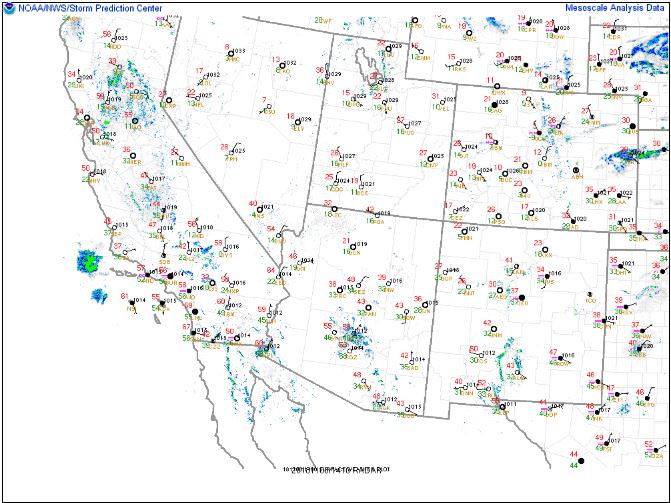 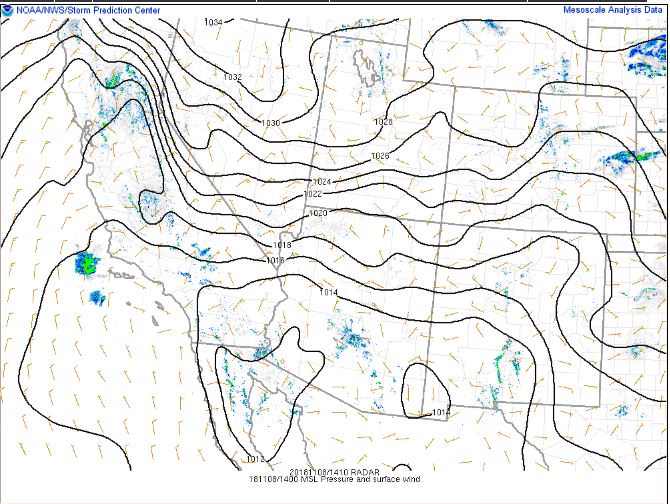 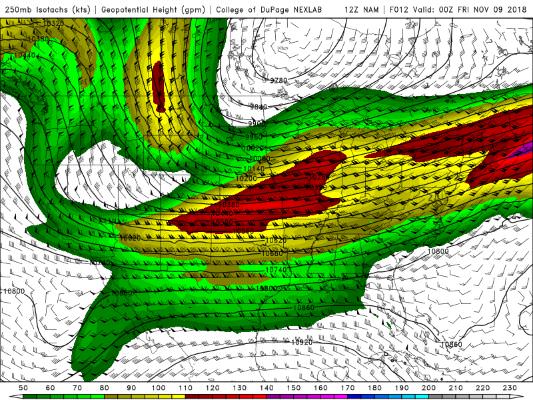 The NAM 850 mb chart shows where the backdoor cold front (Cold Air Advection, CAA) has produced a sharp temperature gradient through New Mexico.  The winds will blow strongly across this gradient this evening. 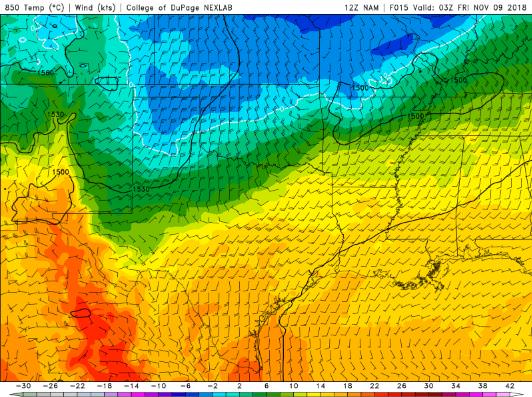 The HRRR simulated reflectivity shows that showers and thunderstorms are unlikely today.  This chart has been excluded from today’s post.

The HRRR predicts that the high temperatures for the Rio Grande River Valley will peak around 21 Z, reaching into the upper 50s F. 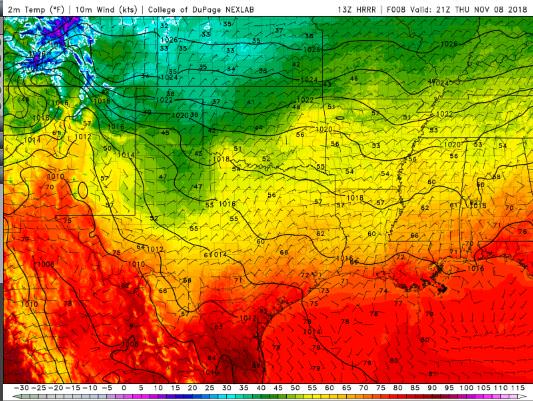 HRRR shows that the the dewpoints will drop into the negative numbers today.  Notice the sharp dryline running just east of the central mountain chain. 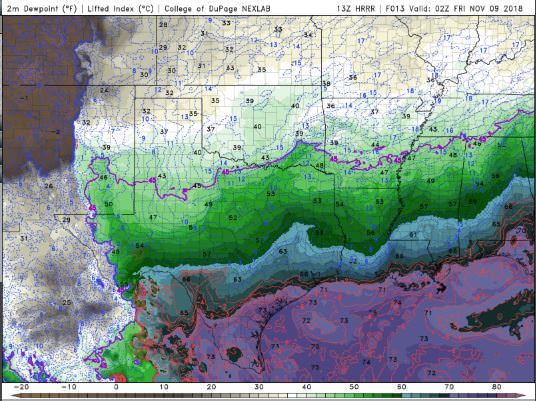 The HRRR shows strong wind gusts are unlikely today.  This chart has been excluded from today’s post.

The HRRR shows that skies will grow cloudier, growing from the east near the backdoor cold front.  By this evening, the eastern part of the state is expected to be under cloudy skies. 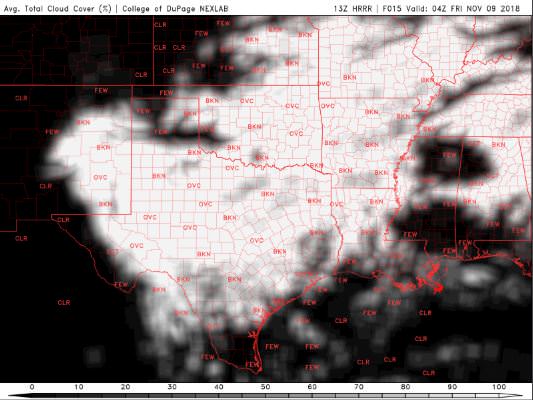 Today will be another pleasant autumn day in central New Mexico.  It will be a little cooler than yesterday, and will cloud up in the evening.