Posted on September 30, 2018 by highplainschasing

Yesterday was sunny, warm and still.  I did a little work outside, rerouting some antenna cables and some garden hoses.

This morning has been mostly sunny, cool and still.  There were some M5 altocumulus clouds to my southeast. 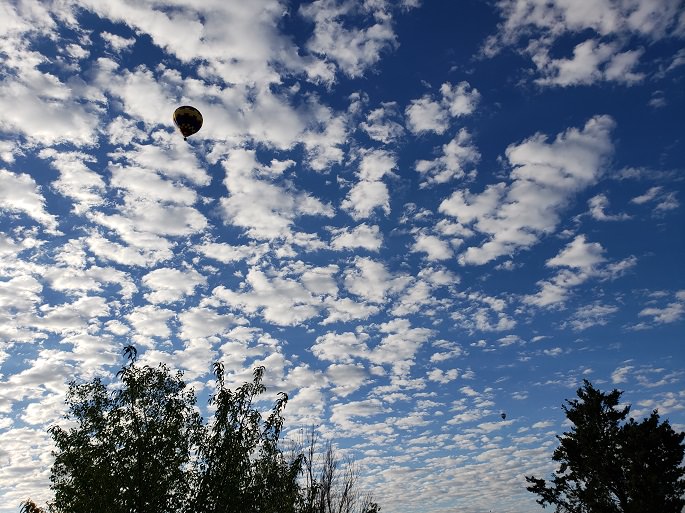 The NWS in Albuquerque, NM, has issued a Hazardous Weather Outlook concerning fog in the eastern half of the state this morning.  Low clouds will have the visibility to less than a mile in some areas.  Also, Hurricane Rosa’s remnants will pass through later this week, bringing rain and the potential for flooding.

The visible satellite imagery shows lingering low clouds and fog over the southeastern corner of the state this morning. 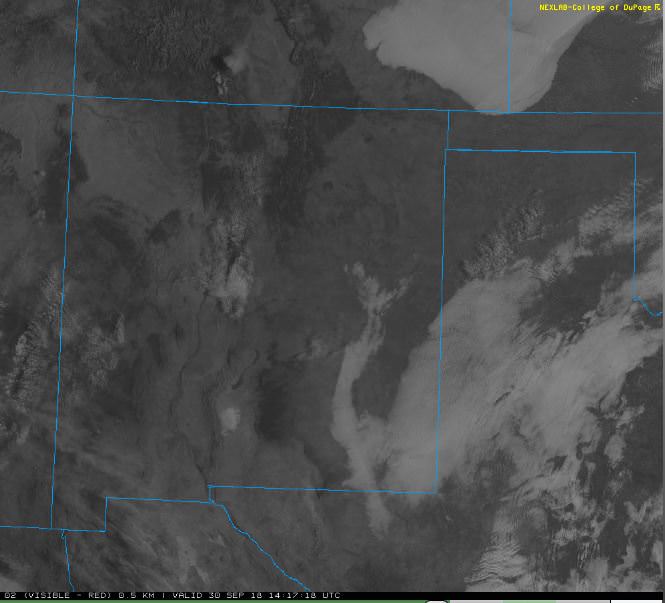 The 12Z upper air sounding from Albuquerque shows a mostly dry atmosphere, though there was a moisture peak at 600 mb.  There was 0.53 inches of precipitable water present in the column.  There was no Convective Available Potential Energy (CAPE) and no of Convective Inhibition (CINH).  The Lifted Condensation Level (LCL) was 1406 m.  There was a small thermal inversion near the surface, and the 0-3 km average lapse rate was 6.0 C/km. 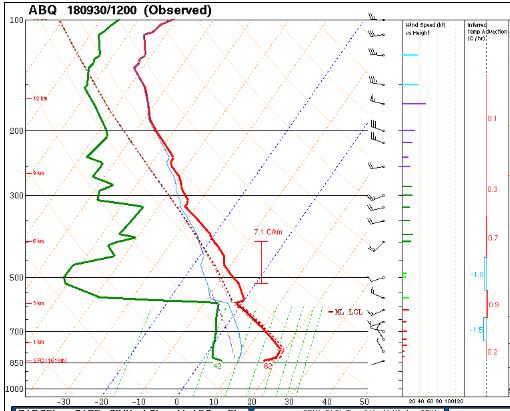 The surface observations (from the SPC Mesoscale Analysis Map) show mild temperatures and moderate humidity (based on the surface dewpoint depressions).  The skies are cloudy and foggy in a few spots.  The winds are light and variable. 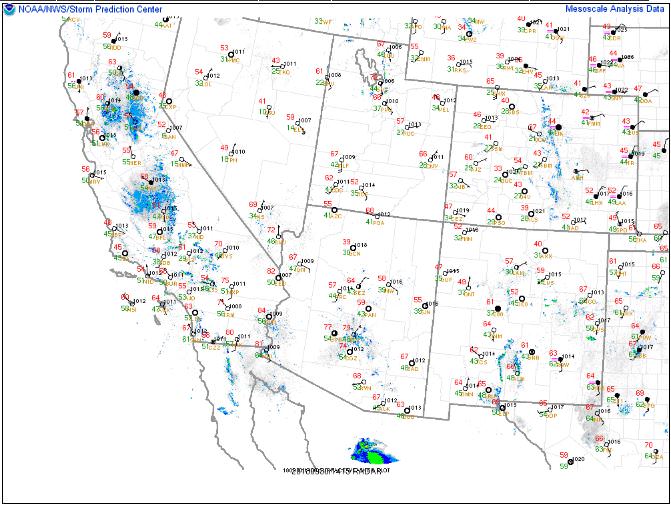 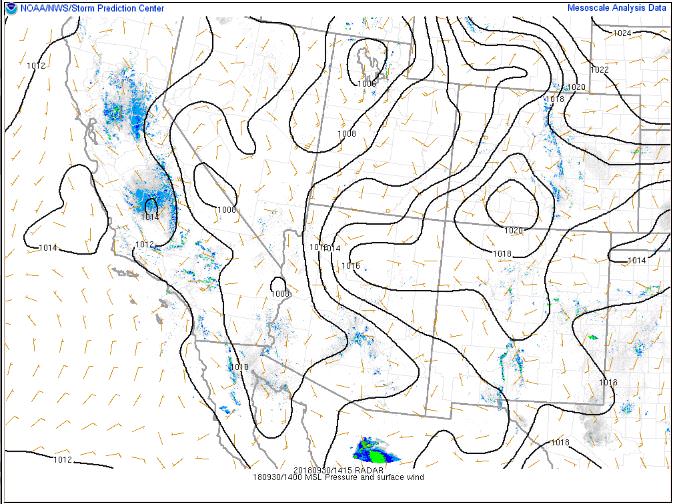 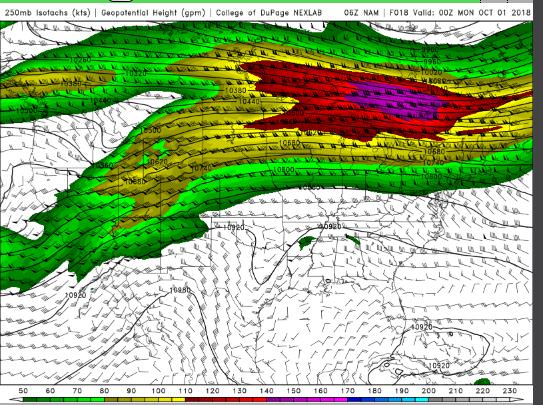 The NAM 850 mb chart shows no strong thermal advection over the state today.  This image has been excluded from today’s post.

The HRRR simulated reflectivity shows very little chance of precipitation today.  This image has been excluded from today’s post.

The HRRR predicts that the high temperatures for the Rio Grande River Valley will peak around 22 Z, reaching into the upper 80’s F. 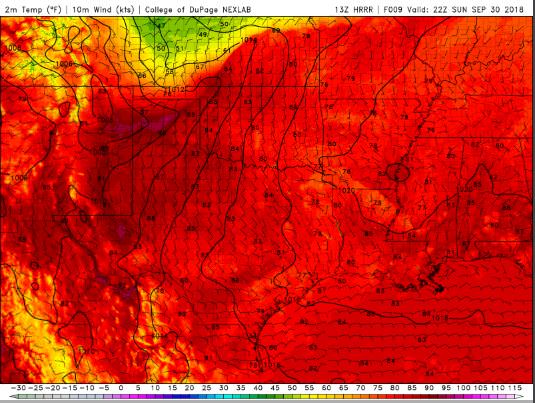 The HRRR shows that the Albuquerque Metro will remain dry today.  The dryline will push east throughout the day, leaving us in 30’s F degree dewpoints. 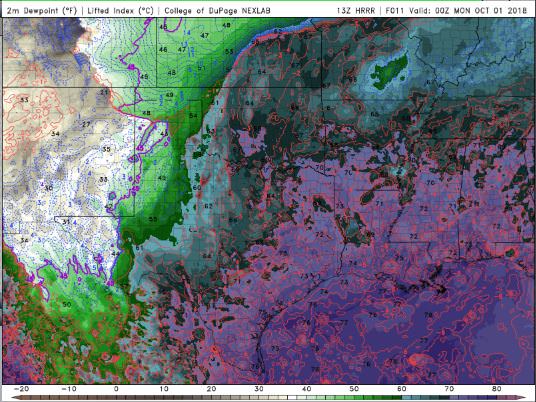 The HRRR shows that skies will clear for most of the day.  However, some clouds will begin to form and move into the western half of the state this evening. 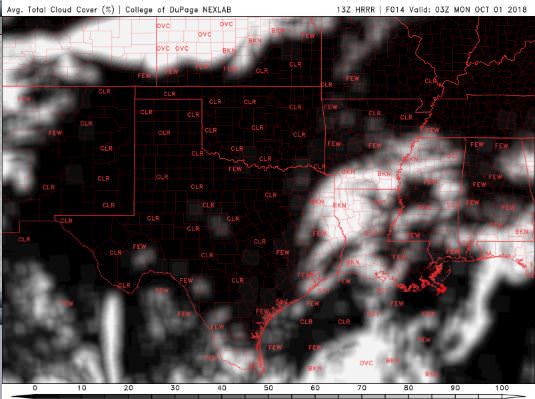 Today will become dry and warm again.  I am going to go for a run before it gets too hot.

This blog is about my tales in storm chasing. My name is Seth Price and I am an instrumentation instructor at New Mexico Tech. My amateur radio call sign is N3MRA.
View all posts by highplainschasing →
This entry was posted in Local WX, Photography, Practicing Concepts, Predictions, Satellite Imagery and tagged albuquerque, Belen, Los Lunas, magdalena, meteorology, New Mexico, nmwx, rio rancho, Socorro, weather. Bookmark the permalink.