Posted on September 11, 2018 by highplainschasing

Yesterday was sunny and hot.  By nighttime, we had clear skies, and I sat outside looking for satellites and meteors

This morning has been mild, sunny and still.

The NWS in Albuquerque, NM, forecasts (for Magdalena, NM) a mostly sunny day, with a 20% chance of isolated showers and thunderstorms, and a high temperature of 83 F.  The winds will be light and variable, becoming south at 5-10 mph in the afternoon.  This evening will be partly cloudy, with a low temperature of 55 F.  The winds will be from the south at 5-10 mph, becoming west after midnight.

The NWS in Albuquerque has issued a Hazardous Weather Outlook concerning a few thunderstorms along and east of the central mountain chain.  The primary threats will be gusty downdraft winds and small hail.  The chances of storms will be lower than yesterday.

The 12Z upper air sounding from Albuquerque shows a moderately humid atmosphere this morning.  There was 0.77 inches of precipitable water present in the column this morning.  There was 9 J/kg of Convective Available Potential Energy (CAPE) and -630 J/kg of Convective Inhibition (CINH).  The Lifted Condensation Level (LCL) was 1026 m.  There was a small thermal inversion near the surface, and the 0-3 km average lapse rate was 5.6 C/km. 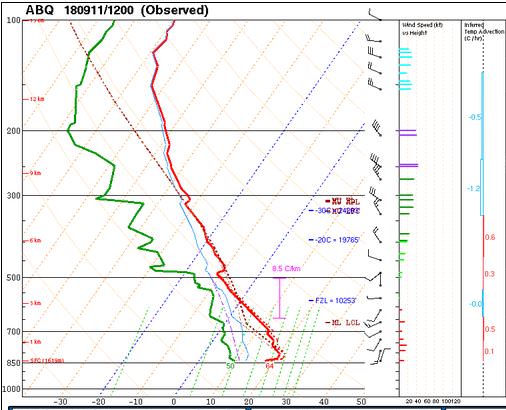 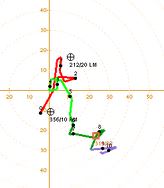 The surface observations (from the SPC Mesoscale Analysis Map) show mild temperatures and moderate humidity (based on the surface dewpoint depressions).  The skies are sunny and the winds are light and variable. 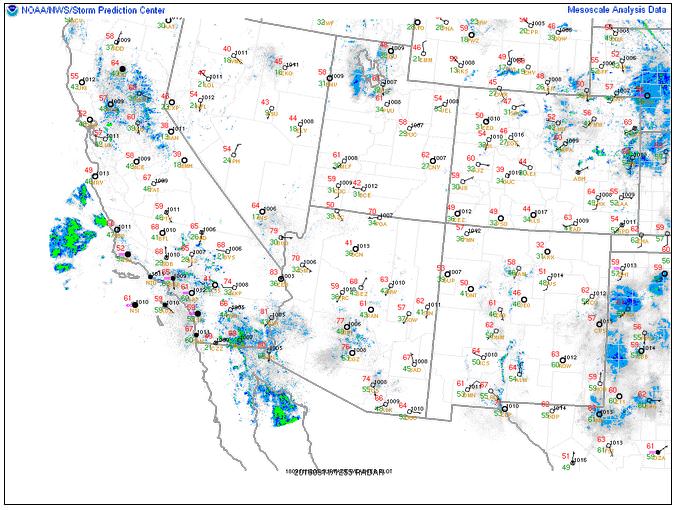 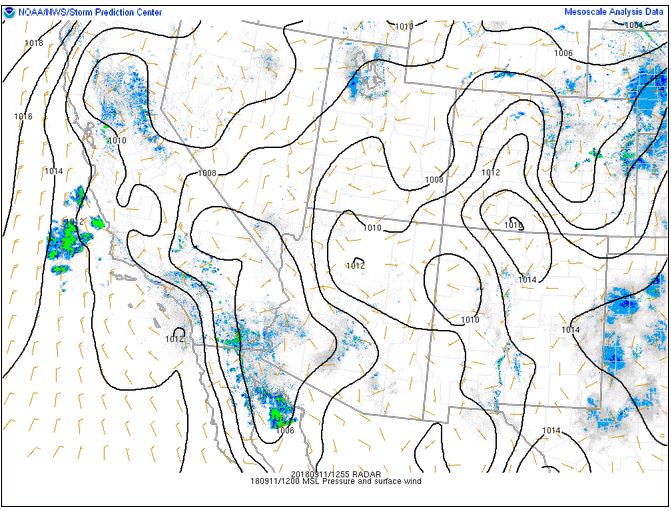 The NAM 250 mb chart shows zonal flow over the state by this afternoon. 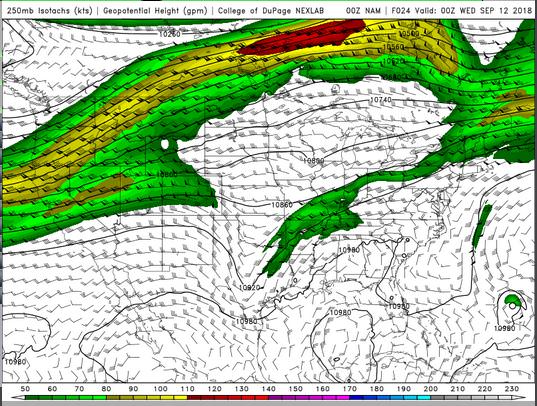 The HRRR simulated reflectivity shows a few showers and thunderstorms this afternoon, particularly over the eastern plains of New Mexico, where the moisture is richer.  Coverage will be more sparse than yesterday. 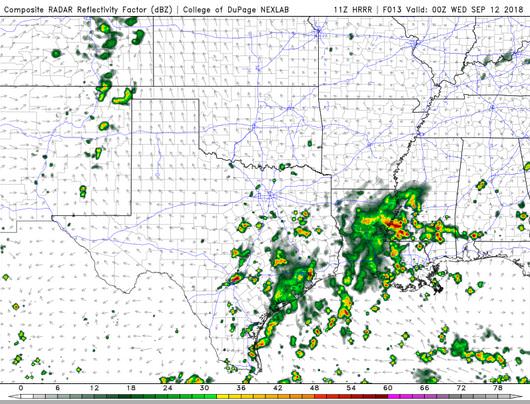 The HRRR predicts that the high temperatures for the Rio Grande River Valley will peak around 22 Z, reaching into the low-90’s F. 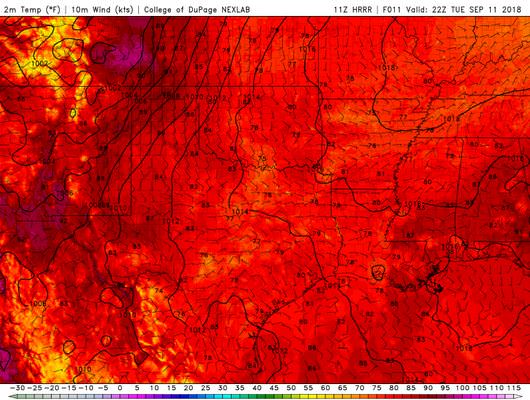 The HRRR shows that today will be dry again today, with dewpoints in the 30’s F for most of the day. 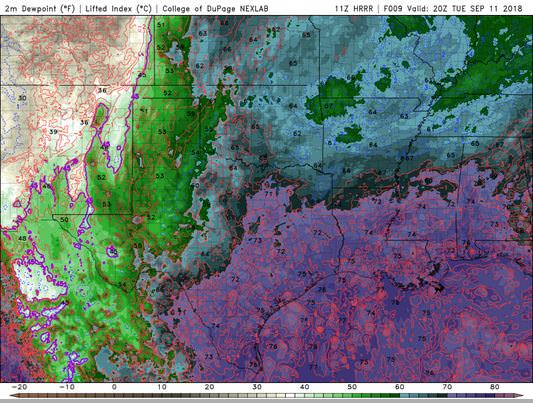 The HRRR shows that strong winds are unlikely today.  This image has been excluded from today’s post.

The HRRR shows that the skies will be mostly sunny all day, with a few clouds in the evening. 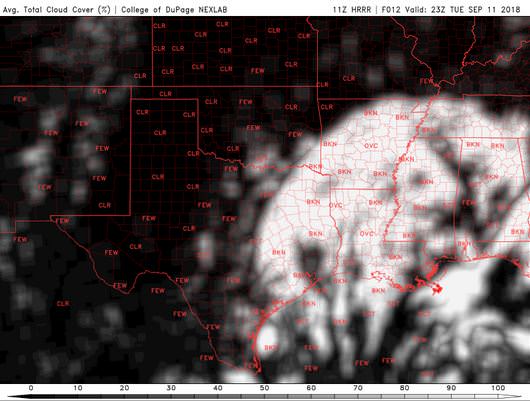 Today will be hot, but not as humid as it was this time last week.

On a side note, I will be watching the hurricane closely.  I may take a break from posting about the NM weather as the hurricane approaches land.

This blog is about my tales in storm chasing. My name is Seth Price and I am an instrumentation instructor at New Mexico Tech. My amateur radio call sign is N3MRA.
View all posts by highplainschasing →
This entry was posted in Local WX, Practicing Concepts, Predictions, Satellite Imagery and tagged albuquerque, Belen, forecast, Los Lunas, magdalena, New Mexico, nmwx, rio rancho, Socorro, weather. Bookmark the permalink.