Posted on September 6, 2018 by highplainschasing

Yesterday, there were some afternoon showers scattered along my commute, but I was not in the rain for very long at all.  There were some beautiful storms at sunset over the Sandias. 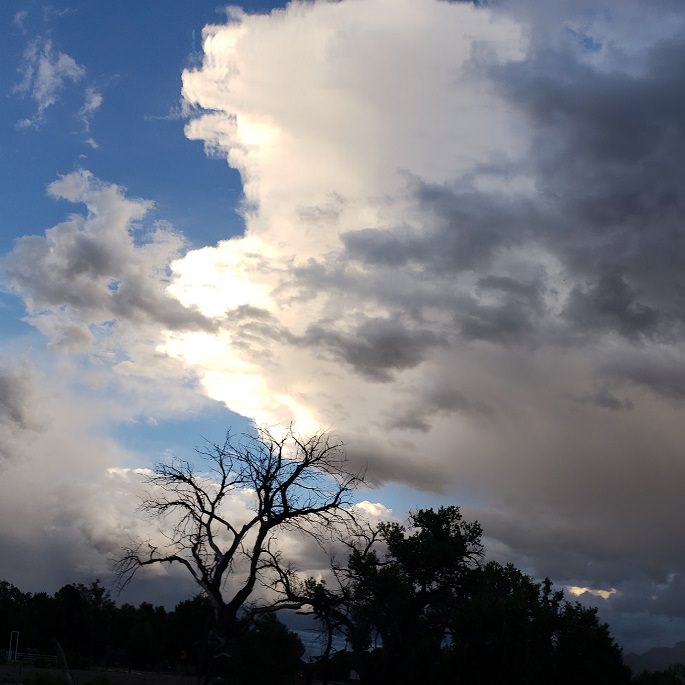 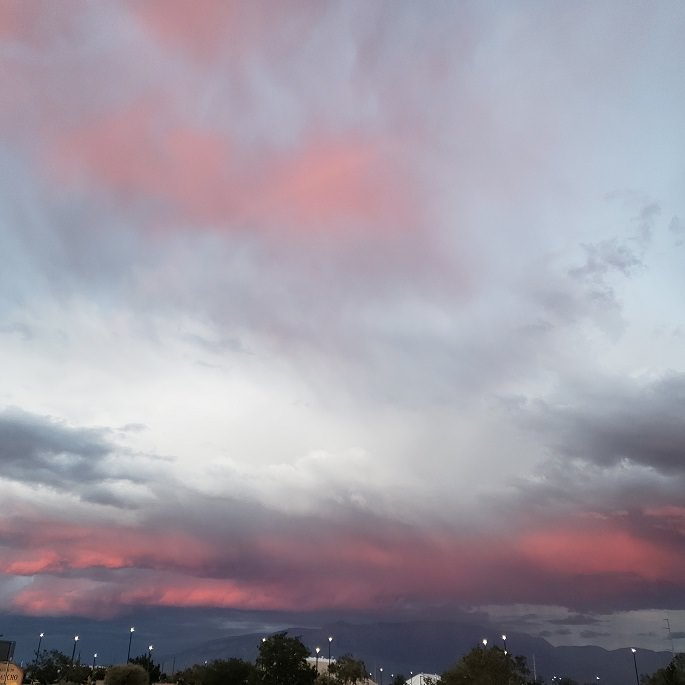 This morning has been mild, mostly cloudy and still.  Sunrise today was difficult to photograph, but I did my best. 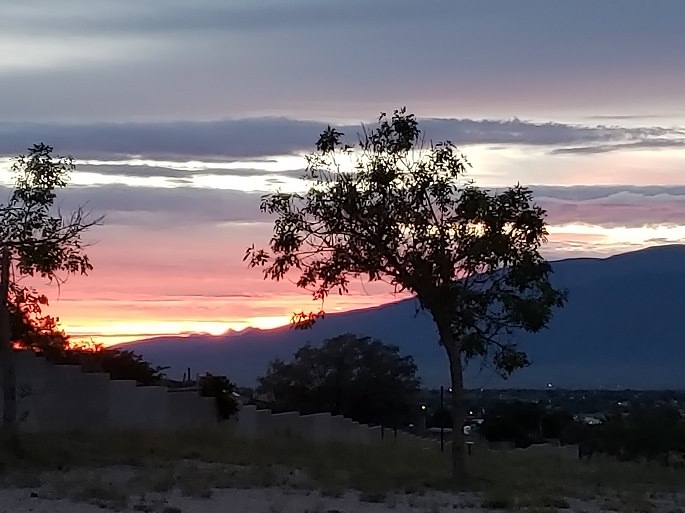 The NWS in Albuquerque has issued a Hazardous Weather Outlook concerning the potential for flooding due to the showers and thunderstorms this afternoon.  There are also several flood products in place. 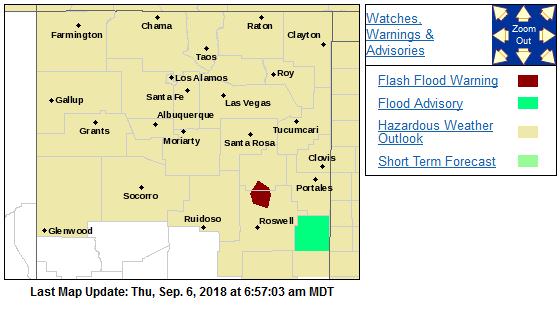 The visible satellite imagery shows that most of the state is under a blanket of clouds. 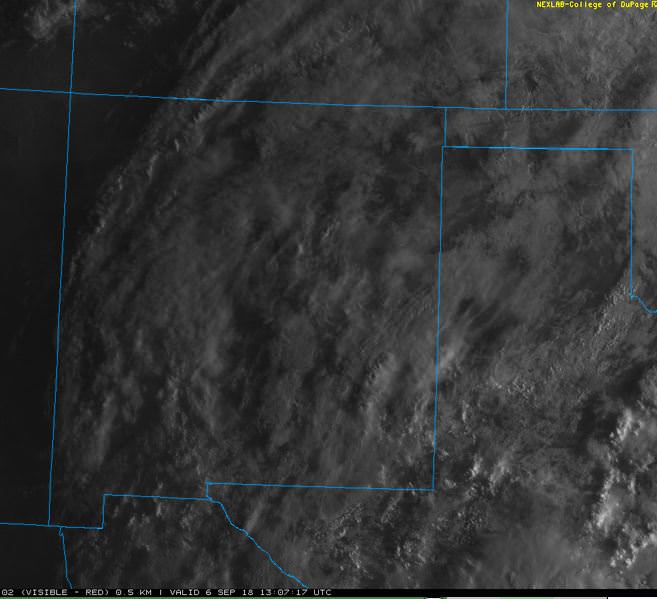 The 12Z upper air sounding from Albuquerque shows a nearly saturated atmosphere below 250 mb.  There was 0.90 inches of precipitable water present in the column this morning.  There was 65 J/kg of Convective Available Potential Energy (CAPE) and -127 J/kg of Convective Inhibition (CINH).  The Lifted Condensation Level (LCL) was 761 m.  There was no thermal inversion near the surface, and the 0-3 km average lapse rate was 6.0 C/km. 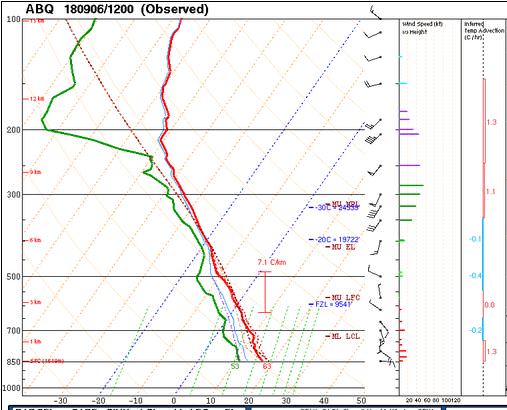 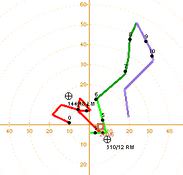 The surface observations (from the SPC Mesoscale Analysis Map) show mild temperatures and high humidity (based on the surface dewpoint depressions).  The skies are mostly cloudy, with rain falling in the southeastern part of the state.  The winds are light and variable. 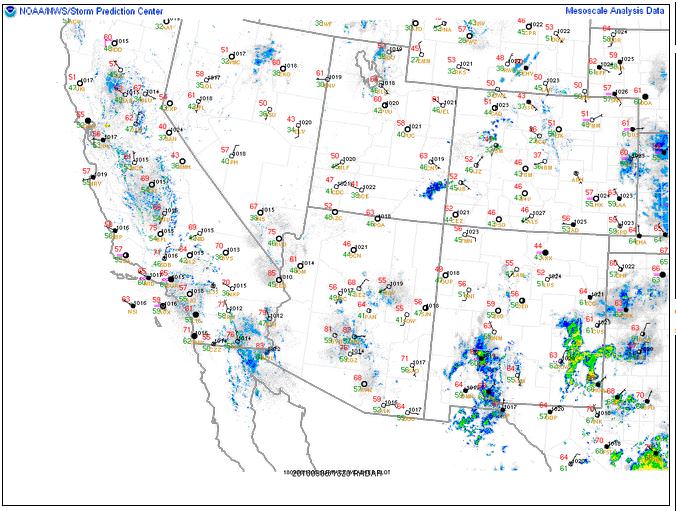 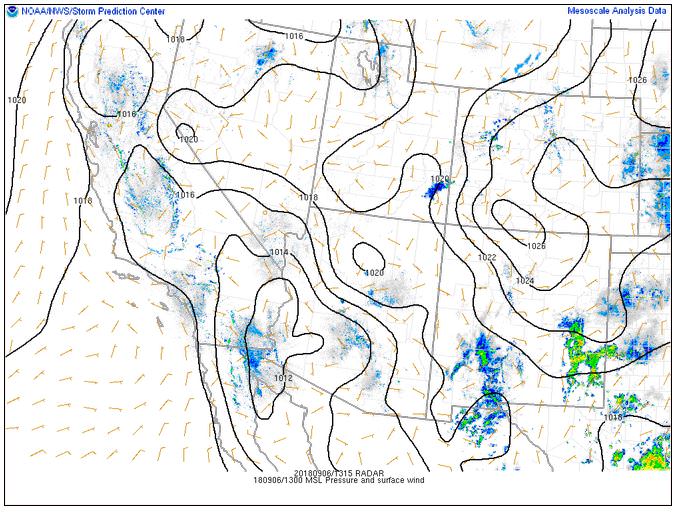 The NAM 250 mb chart shows southwesterly aloft as a shortwave trough dips south just west of the state.  There is a moderate jetstreak that runs through the state southwest to northeast. 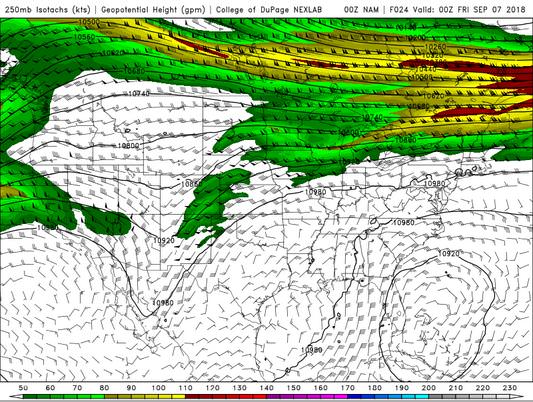 The HRRR simulated reflectivity shows scattered showers and thunderstorms, beginning around 21 Z, with much broader coverage by 00 Z. 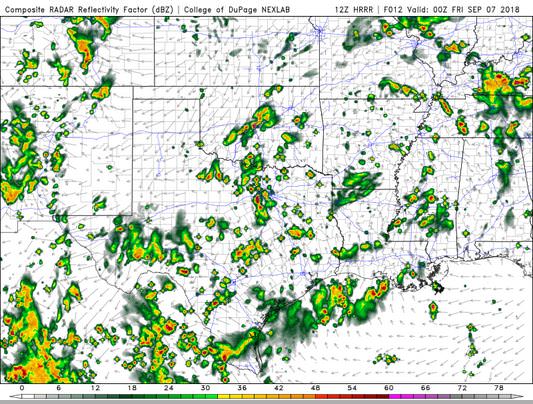 The HRRR predicts that the high temperatures for the Rio Grande River Valley will peak around 23 Z, reaching into the low-80’s F. 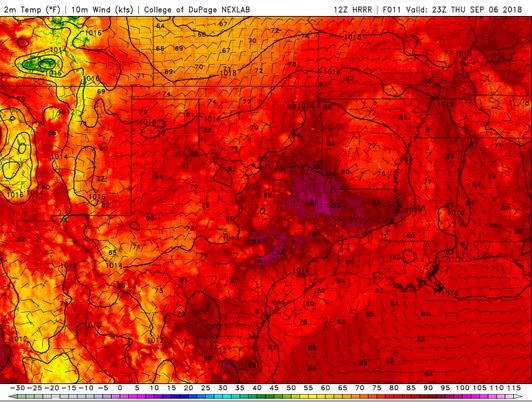 The HRRR shows that the Albuquerque Metro area will dip into the 40’s F in the late afternoon, but will otherwise remain in the 50’s F range. 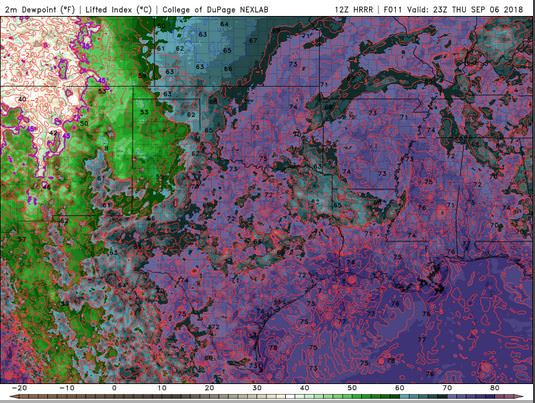 The HRRR shows that strong winds are unlikely today.  This image has been excluded from today’s post.

The HRRR shows that the skies will begin to cloud up in the early afternoon hours, and become mostly cloudy by the evening. 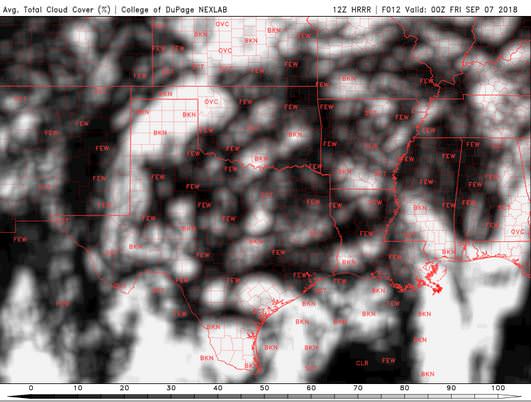 Today will be mild, humid and partly cloudy all day.  Showers and thunderstorm coverage will be much greater today, and I expect I will get rained on somewhere today.  I just hope my garden gets some more rain.

The HRRR is predicting warmer temperatures than the NWS is showing.  If this verifies, storm coverage and intensity could be slightly higher than expected.  I’m not sure that the HRRR is fully accounting for this morning cloud cover, however.