Posted on September 1, 2018 by highplainschasing

Yesterday, I got caught in two separate sets of storms.  One was in the afternoon in Socorro and the other passed over Rio Rancho in the late evening.  I think there were a few storms overnight as well.   There was one lonely cell to the south of Socorro that I thought was neat: 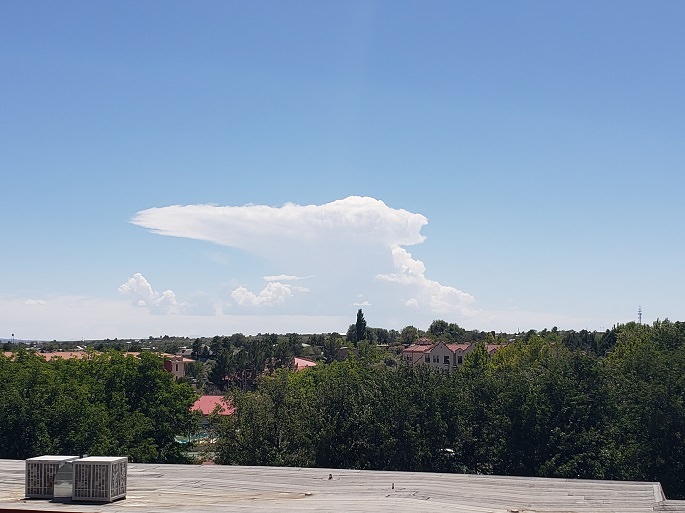 Along my commute to Rio Rancho, I saw a good example of a virga bomb, though my cell phone did not capture it very well. 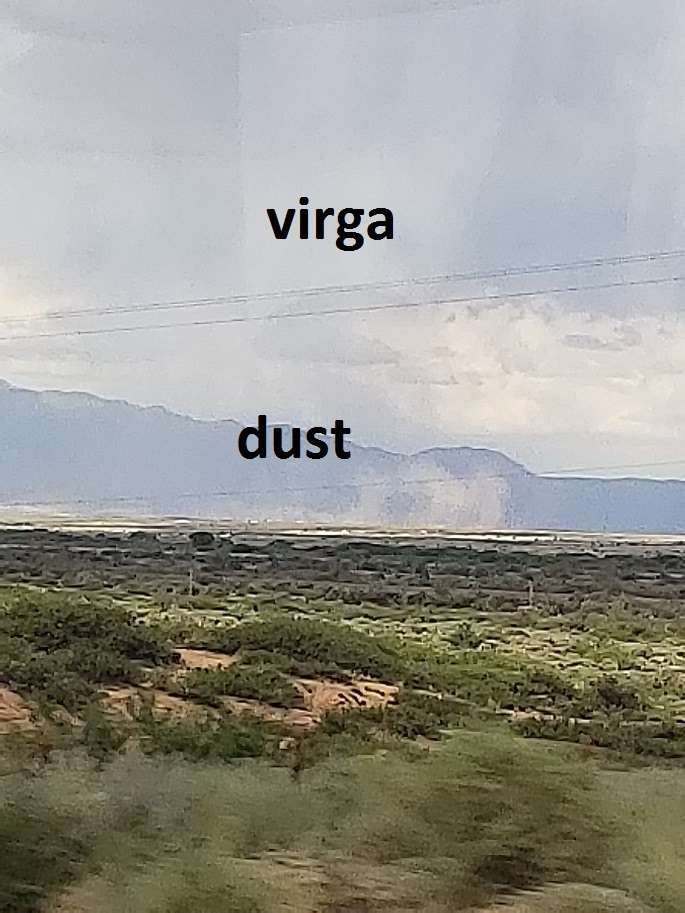 In the evening, I captured a radar loop of a storm forming and passing over the Albuquerque Radar.

This morning has been mild and still, with overcast skies.

The NWS in Albuquerque has issued a Hazardous Weather Outlook concerning the potential for flooding due to the showers and thunderstorms this afternoon.

The Storm Prediction Center (SPC) has issued a Marginal Risk for severe weather in the northeastern part of the state.  The primary threats will be large hail, damaging winds and frequent lightning. 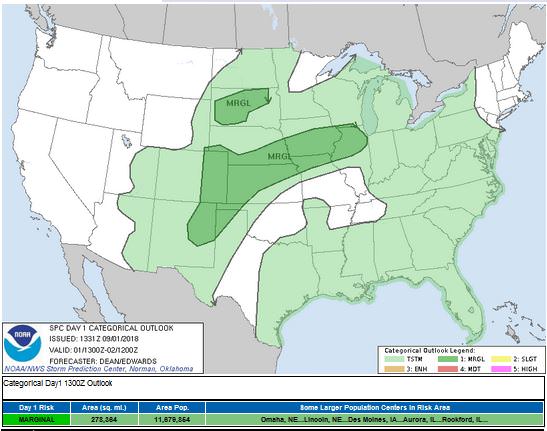 The visible satellite imagery shows heavy cloud cover in the middle of the state. 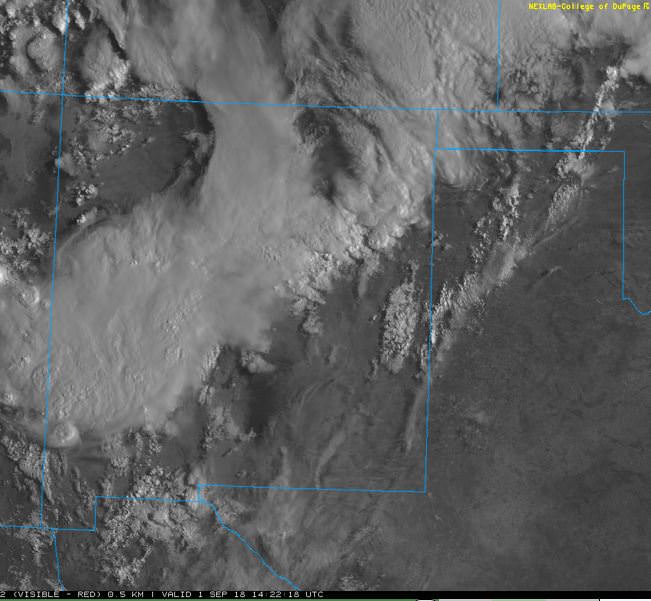 The 12Z upper air sounding from Albuquerque shows a nearly saturated atmosphere.  There was 0.98 inches of precipitable water present in the column this morning.  There was 1056 J/kg of Convective Available Potential Energy (CAPE) and -199 J/kg of Convective Inhibition (CINH).  The Lifted Condensation Level (LCL) was 600 m.  There was a tiny thermal inversion near the surface, and the 0-3 km average lapse rate was 6.1 C/km. 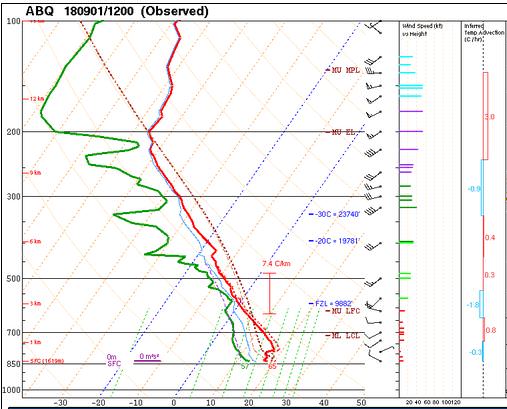 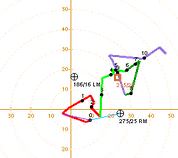 The surface observations (from the SPC Mesoscale Analysis Map) show mild temperatures and high humidity (based on the surface dewpoint depressions).  The skies are cloudy near the falling precipitation (as shown by the Doppler RADAR), and the winds are light and variable. 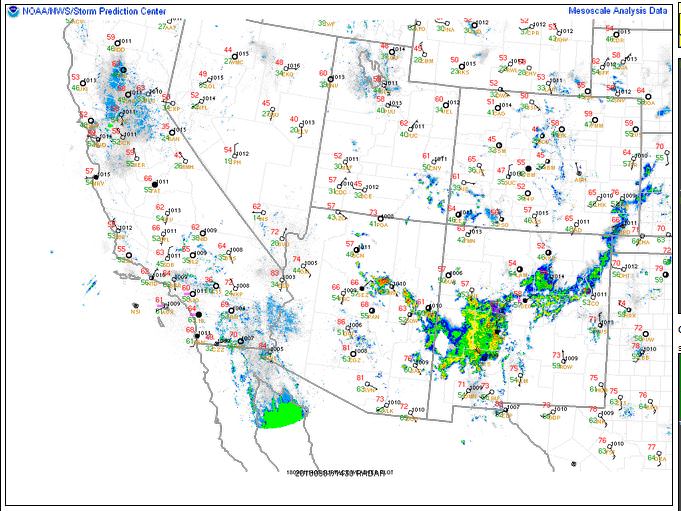 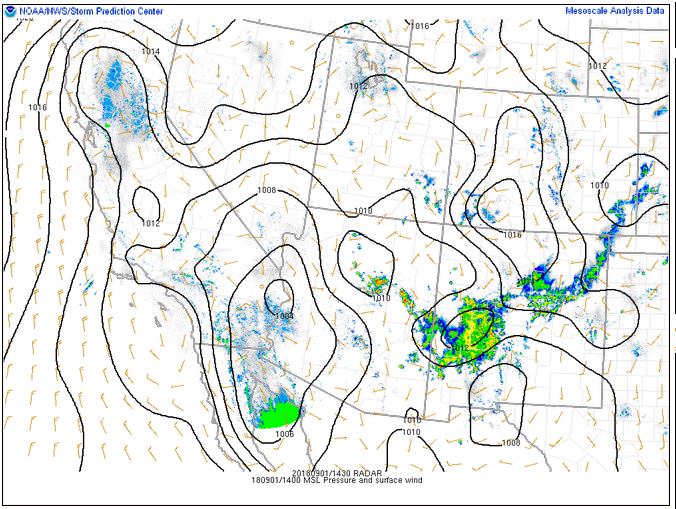 The NAM 250 mb chart shows southerly aloft as a shortwave trough noses into the state from the west. 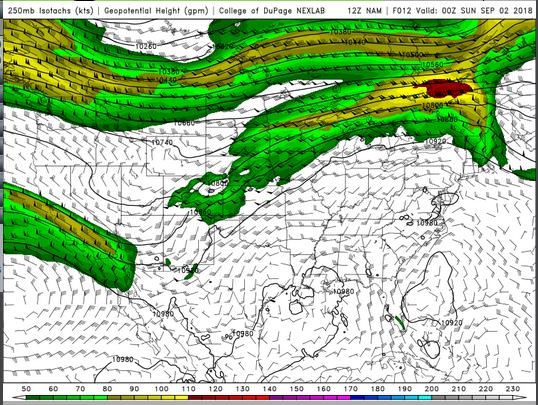 The HRRR simulated reflectivity shows showers and thunderstorms off and on all day today. 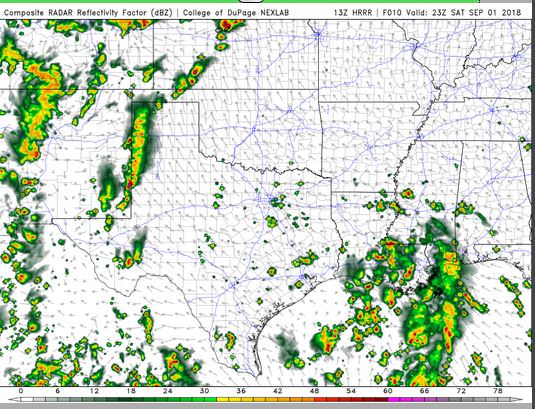 The HRRR predicts that the high temperatures for the Rio Grande River Valley will peak around 22 Z, reaching into the lower-80’s F.  The clouds and rain will keep it cooler today. 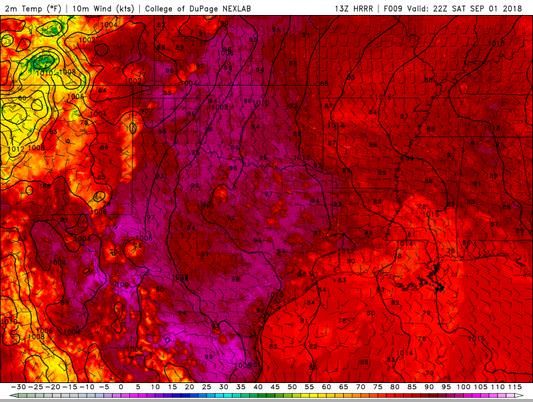 The HRRR shows that the Albuquerque Metro area will be quite  humid, with dewpoints staying in the 50’s F. 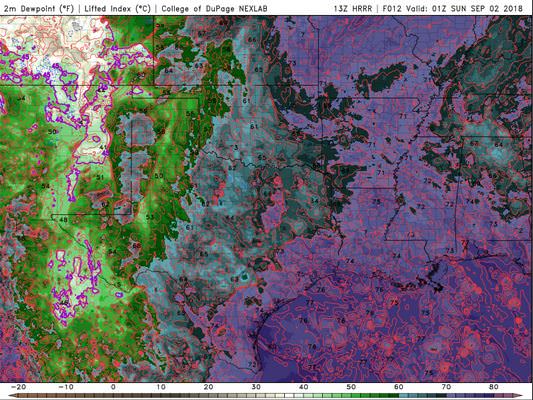 The HRRR shows a few gusty winds, probably along the outflow of a line of storms. 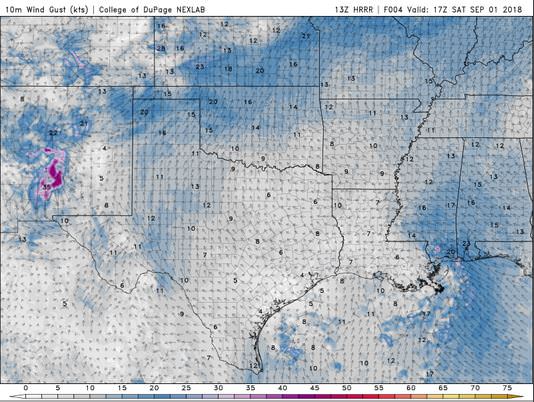 The HRRR shows that there will be mostly cloudy skies all day today. 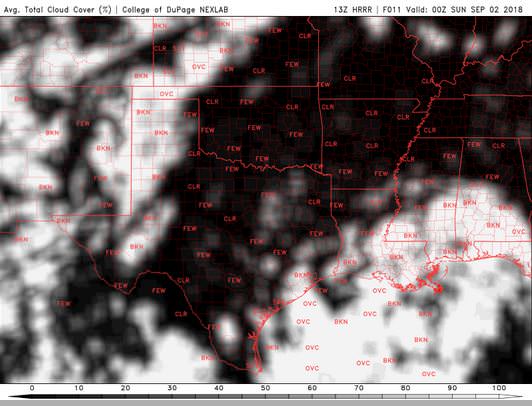 Today will be mild, rainy and cloudy all day today.  The severe storms will remain northeast of the Albuquerque Metro area.