Posted on August 24, 2018 by highplainschasing

Yesterday threatened rain and thunderstorms all afternoon, but I don’t think we received any here in Socorro.

This morning has been partly sunny, mild and still.

The NWS in Albuquerque, NM, forecasts (for Rio Rancho, NM) a mostly sunny day, with a high near 88. Calm wind becoming southwest around 5 mph in the afternoon.  Tonight will have isolated showers and thunderstorms before midnight. Mostly cloudy, with a low around 63. Southwest wind around 5 mph becoming calm after midnight. Chance of precipitation is 20%.

The NWS in Albuquerque, NM, forecasts (for Socorro, NM) isolated showers and thunderstorms. Partly sunny, with a high near 86. Light and variable wind becoming south 5 to 10 mph in the afternoon. Chance of precipitation is 20%.  Tonight, there will be scattered showers and thunderstorms, mainly before midnight. Mostly cloudy, with a low around 64. South wind 5 to 10 mph becoming west in the evening. Chance of precipitation is 30%.

The NWS in Albuquerque, NM, has issued a Hazardous Weather Outlook concerning the potential for heavy showers and the potential for flash flooding and strong thunderstorms, particularly in the west and central parts of the state.

The visible satellite imagery shows that there are clouds over the west central part of the state. 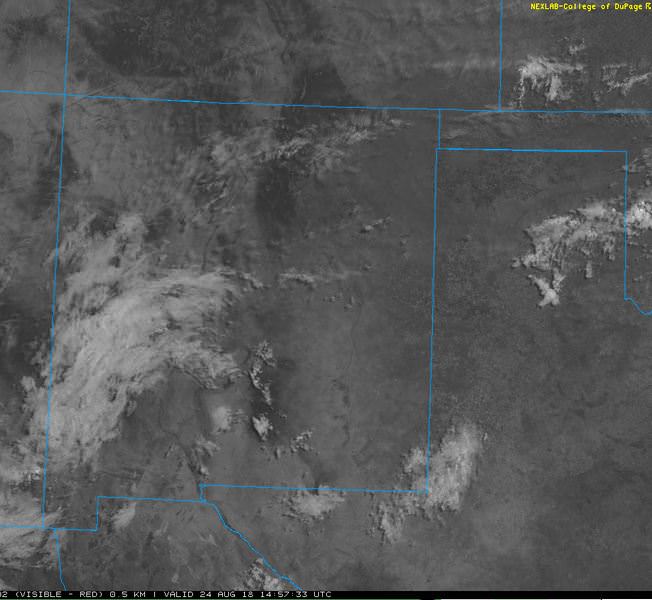 The 12Z upper air sounding from Albuquerque shows a nearly-saturated atmosphere this morning. There was 1.01 inches of precipitable water present in the column.  There was 170 J/kg of Convective Available Potential Energy (CAPE) and -201 J/kg of Convective Inhibition (CINH).  The Lifted Condensation Level (LCL) was 769 m.  There was no thermal inversion near the surface, and the 0-3 km average lapse rate was 6.0 C/km. 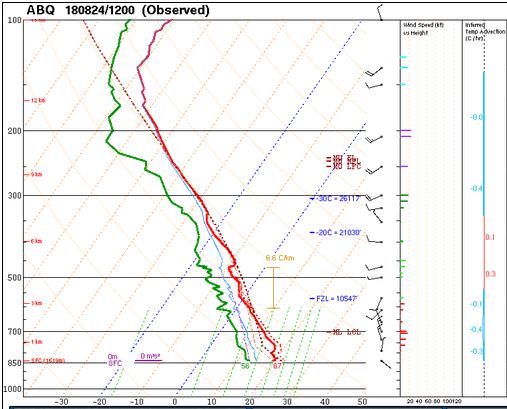 The surface observations (from the SPC Mesoscale Analysis Map) show mild temperatures and high humidity (based on the surface dewpoint depressions).  The skies are partly cloudy, and the winds are light and variable. 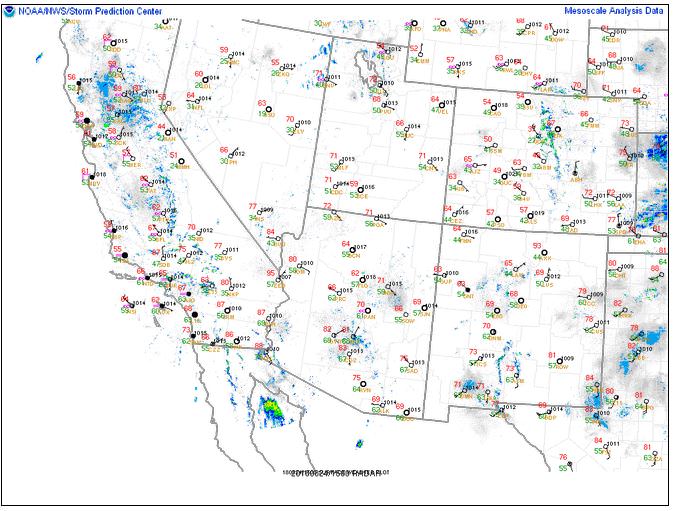 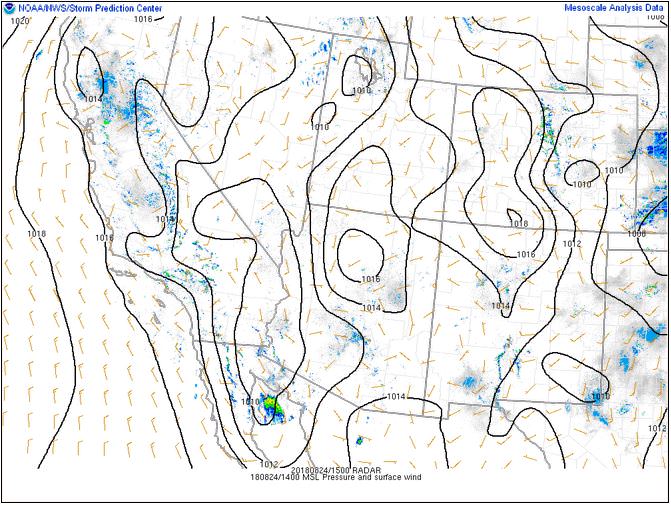 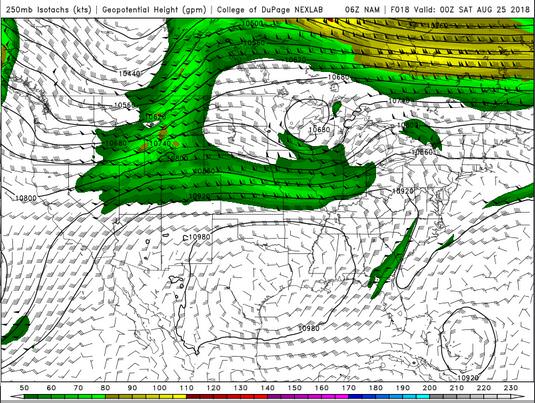 The NAM 850mb chart shows no strong thermal advection for this forecast period.  This image has been excluded from today’s post.

The HRRR simulated reflectivity shows that storms will begin to fire in the early afternoon and will impact the central I-25 corridor by 00 Z.

The HRRR predicts that the high temperatures for the Rio Grande River Valley will peak around 21 Z, reaching into the mid-80’s F. 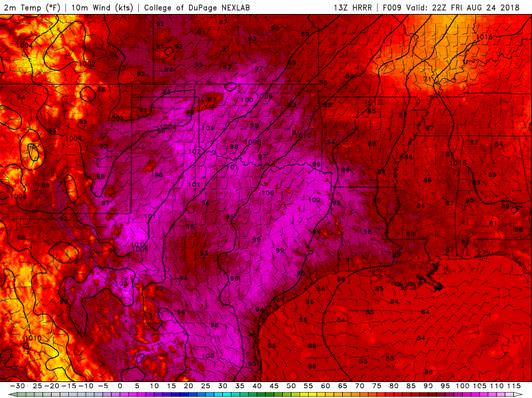 The HRRR shows that the Albuquerque Metro area will begin to dry out a little bit this afternoon.  The southern and eastern parts of the state will remain humid. 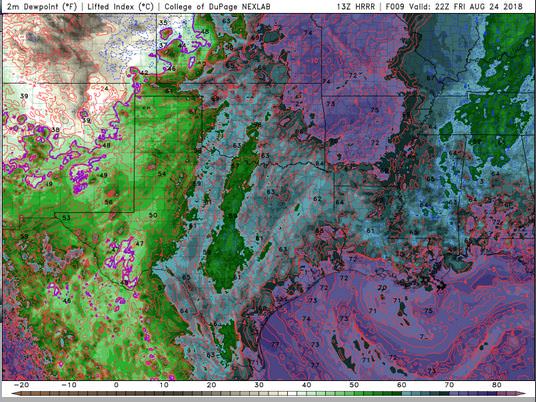 The HRRR shows that the skies will become partly to mostly cloudy by this afternoon, and then remain so through the evening. 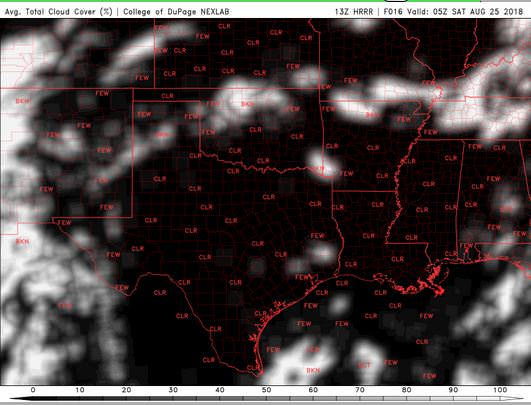 Today will be warm, partly cloudy and still today, with afternoon and evening showers and thunderstorms a possibility.