Posted on August 8, 2018 by highplainschasing

Yesterday, our road trip came to an end.  We hit some severe thunderstorms along our route through CO and NM.  The first storms were just north of Colorado City, CO. 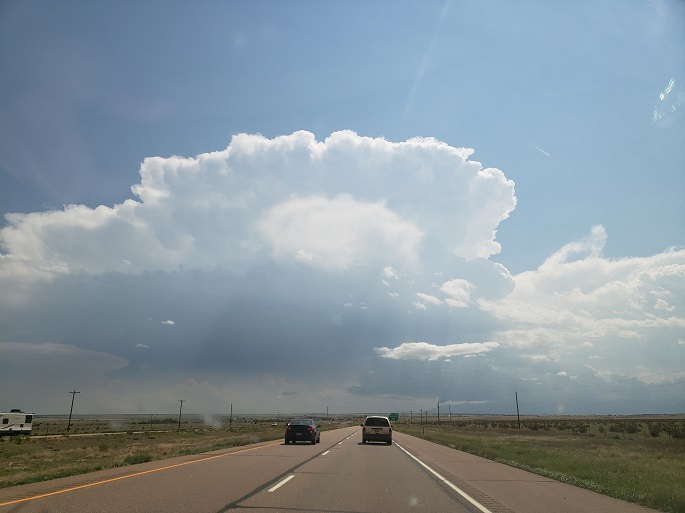 The second batch was near Raton, NM. 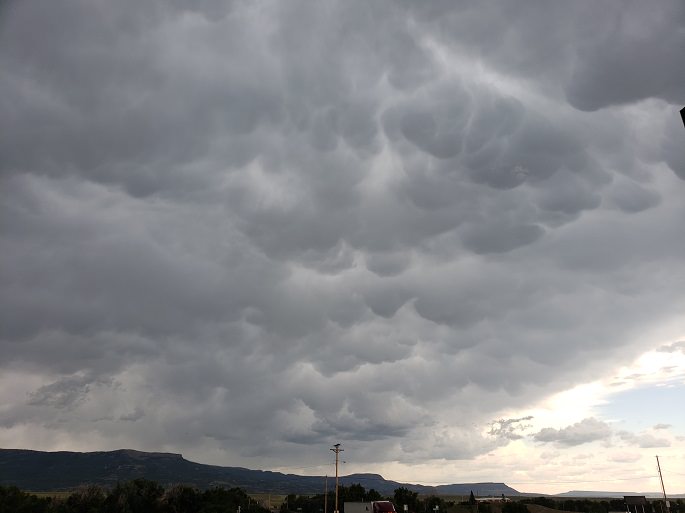 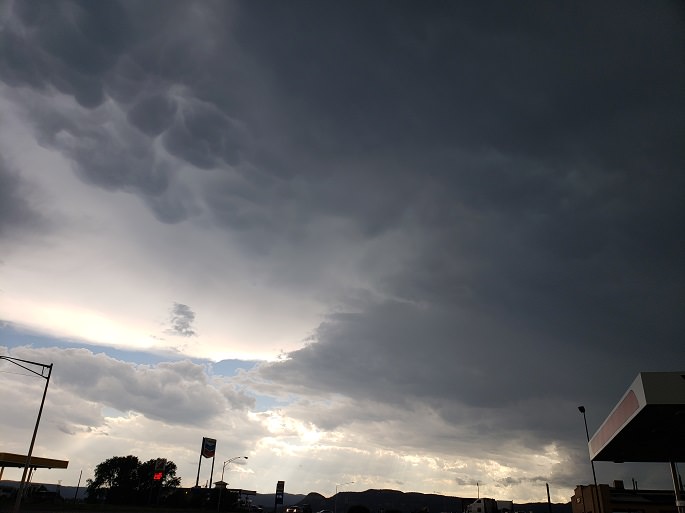 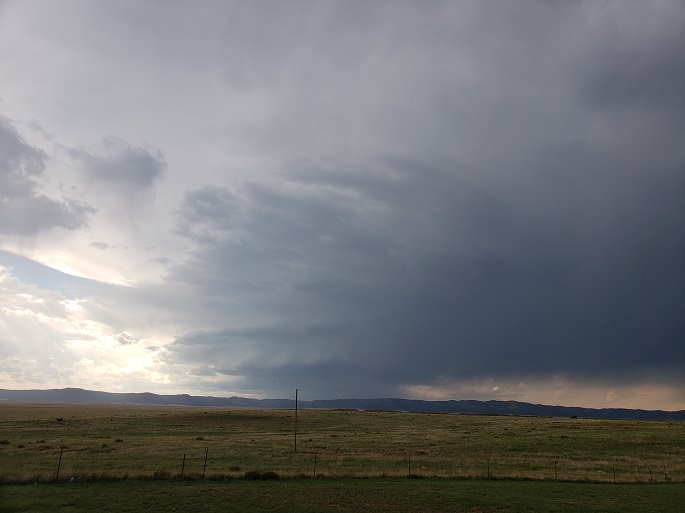 The third batch, which we did not go through, but rather saw the backside of, was just south of Santa Fe, NM. 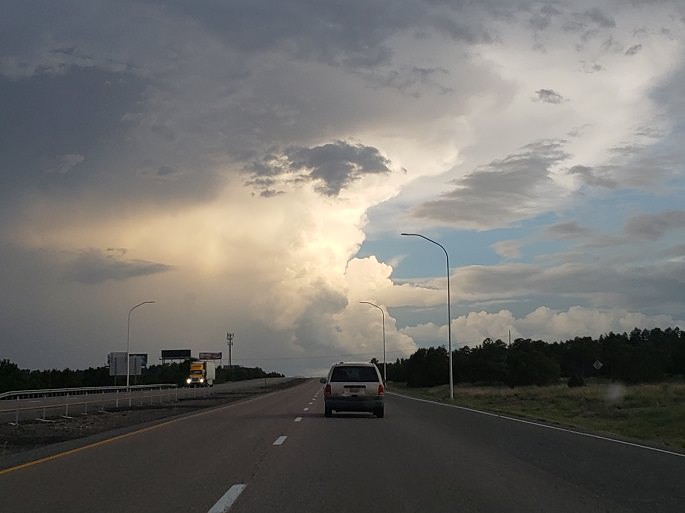 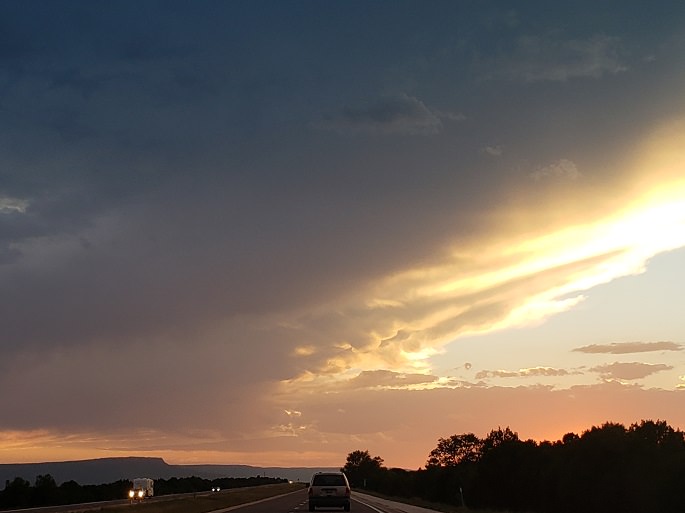 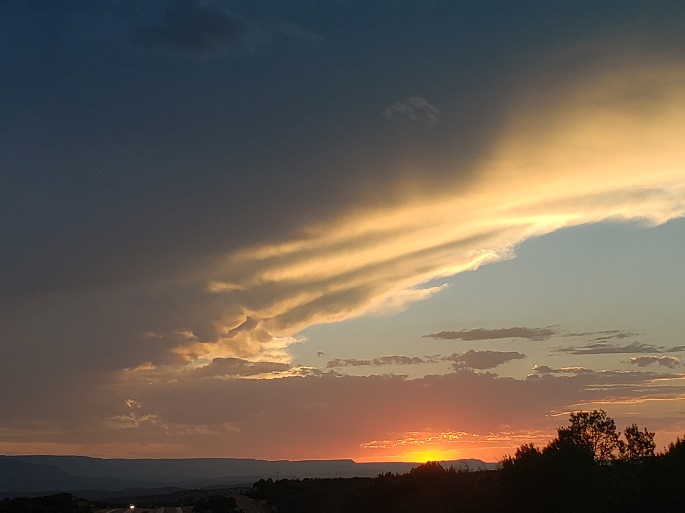 The NWS in Albuquerque, NM, has issued a Hazardous Weather Outlook concerning thunderstorms in the eastern part of the state by this afternoon.

The Storm Prediction Center (SPC) has placed a good chunk of New Mexico under a Marginal Risk for severe weather today.  Large hail and gusty downdraft winds are the primary threats. 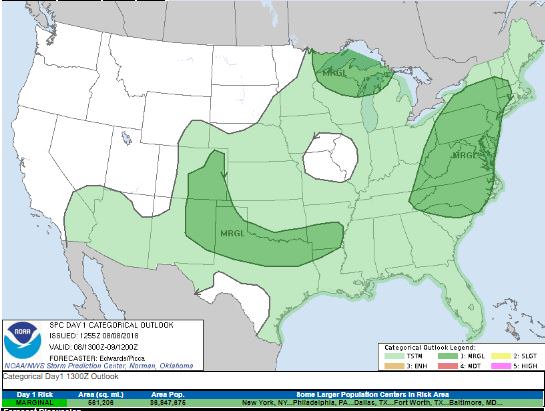 The visible satellite image shows that there is some left-over anvil material floating, and a little morning convection along the western I-40 corridor. 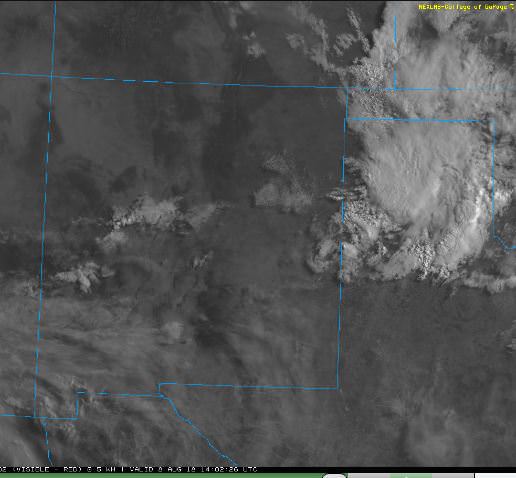 The 12Z upper air sounding from Albuquerque shows a nearly-saturated layer from 550 mb to 450 mb.  There was 0.84 inches of precipitable water present in the column.  There was 63 J/kg of Convective Available Potential Energy (CAPE) and -702 J/kg of Convective Inhibition (CINH).  The Lifted Condensation Level (LCL) was 1539 m.  There was a moderate thermal inversion near the surface, and the 0-3 km average lapse rate was 5.8 C/km. 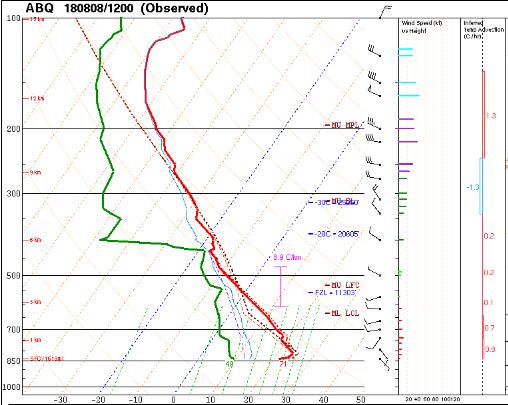 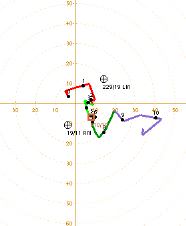 The surface observations (from the SPC Mesoscale Analysis Map) show mild temperatures and high humidity (based on the surface dewpoint depressions).  The skies are clear (according to the sensors), and the winds are light and variable. 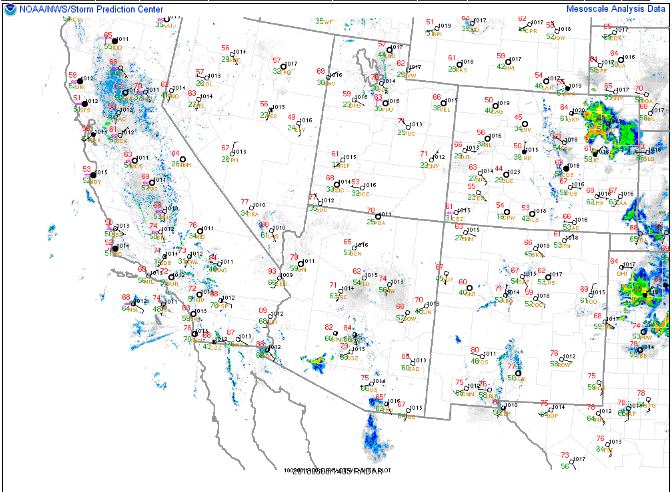 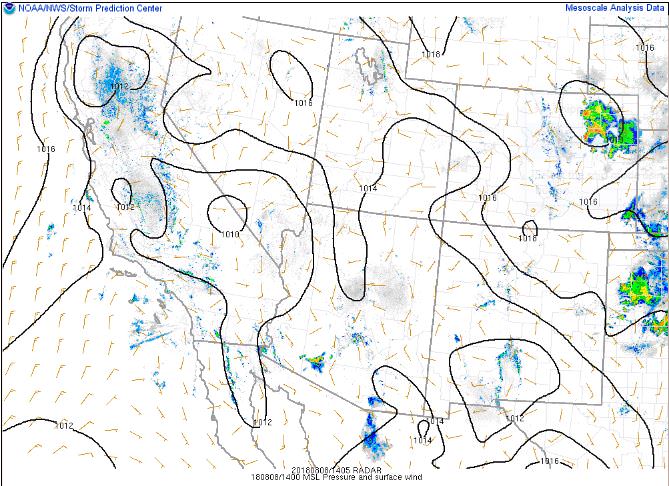 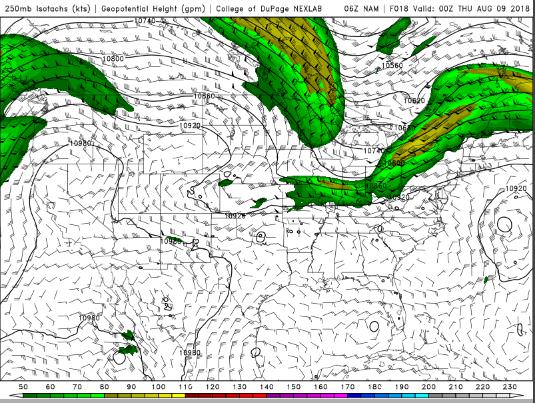 The HRRR simulated reflectivity shows that storms will begin to fire around 22 Z.  However, the Albuquerque Metro area will be too far north and west for these storms. 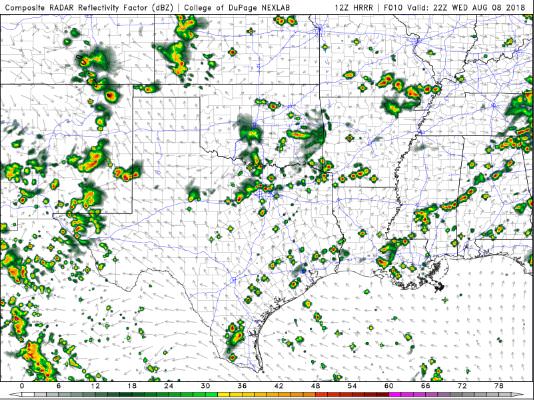 The HRRR predicts that the high temperatures for the Rio Grande River Valley will peak around 21 Z or 22 Z, reaching into the upper-90’s, nearing 100 F. 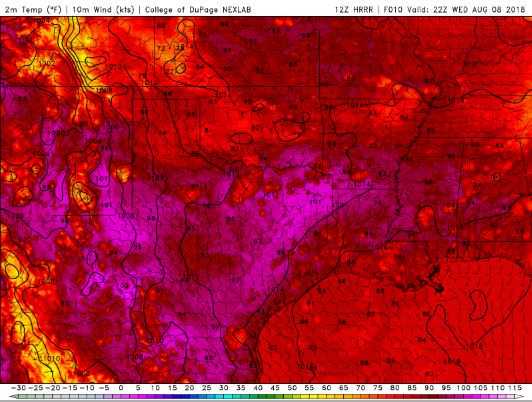 The HRRR shows that the Albuquerque Metro area will dry out in the afternoon as the dryline moves east.  This will be a limiting factor for shower and storm development in the area. 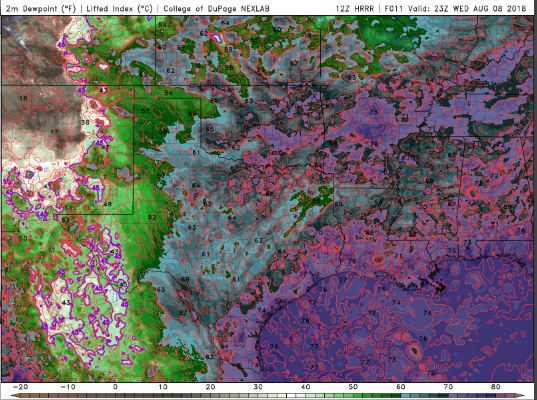 The HRRR shows that the winds will be gusty in the eastern half of the state by this afternoon.  The high wind is related to the downdraft winds from afternoon thunderstorms. 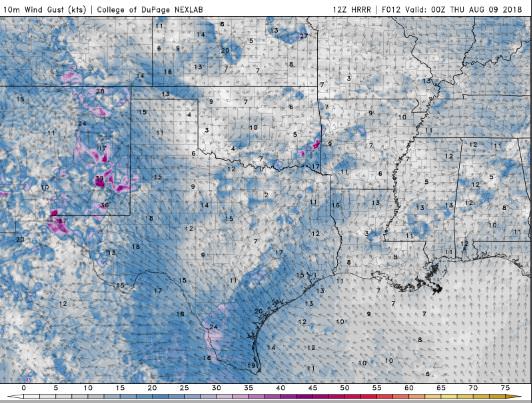 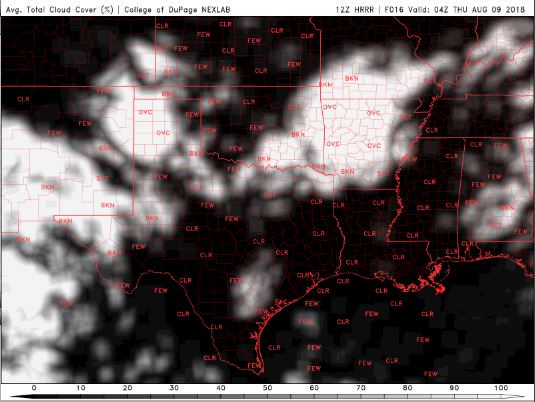 Today will be hot.  I’m not looking forward to that part.  Precipitation will be unlikely in the Albuquerque Metro area, but south and east of the city will likely see some showers and thunderstorms this evening.