Posted on June 29, 2018 by highplainschasing

Yesterday was a hot day.  We had a few afternoon clouds, but they cleared up in time for observations.  I tried to stay indoors as much as possible, with temperatures clearing 100 F.

The NWS in Boulder, CO, has issued a Hazardous Weather Outlook concerning the record high temperatures.  There are Red Flag Warnings for the areas west of the Rocky Mountains.  The NWS Watches and Warnings Graphic is shown below: 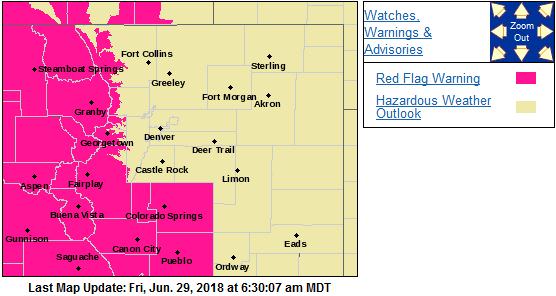 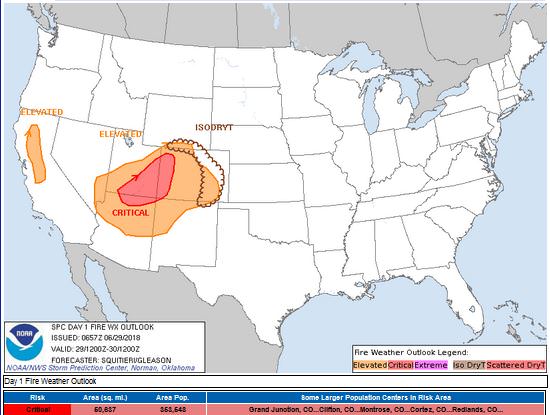 The visible satellite image shows a few cumulus clouds east of the I-25 corridor, and lighter cirrus clouds over the southeastern part of the state this morning. 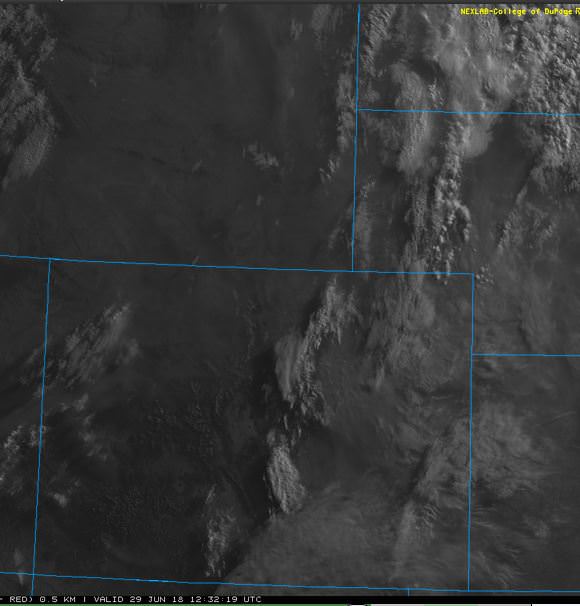 The 12 Z upper air sounding from Boulder shows a large capping inversion near the surface and slightly higher humidity between 500 mb and 400 mb. There was 0.34 inches of precipitable water present in the column.  There was no Convective Available Potential Energy (CAPE) and no Convective Inhibition (CINH).  The Lifted Condensation Level (LCL) was 2546 m.  There was a large thermal inversion near the surface, and the 0-3 km average lapse rate was 5.5 C/km. 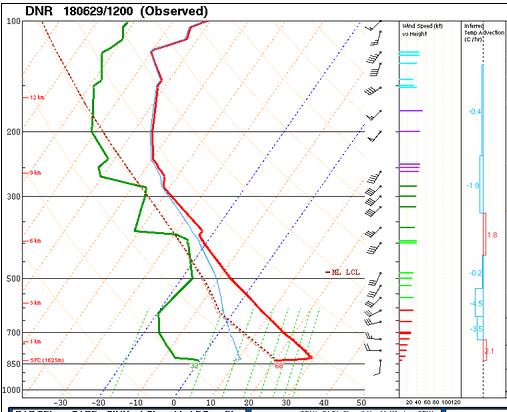 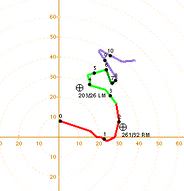 The surface observations (from the SPC Mesoscale Analysis Map) show mild temperatures and low humidity, based on the dewpoints.  There are pockets of extremely dry air (2 F dewpoints).  The skies are clear, and the winds are light and variable, statewide. 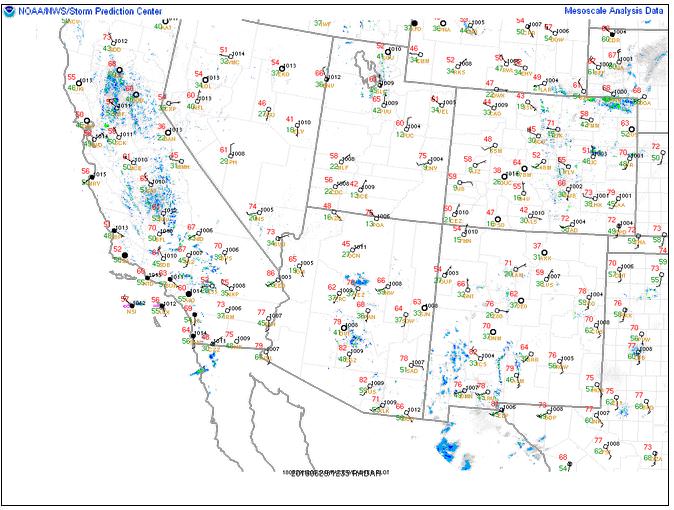 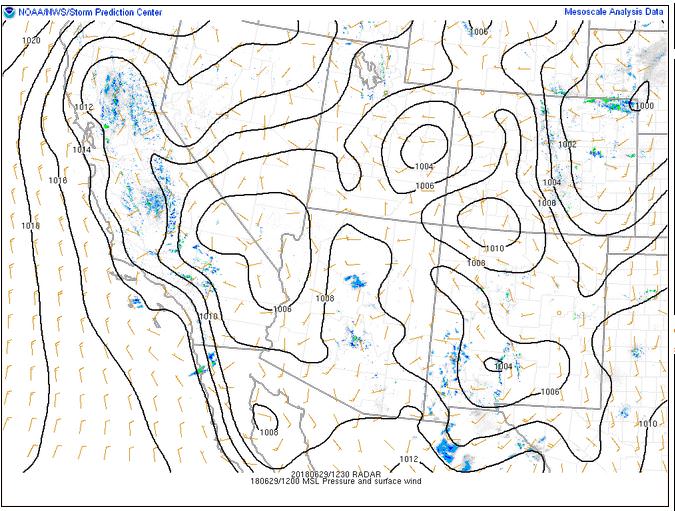 The NAM 250 mb chart shows southwesterly flow over the state today as a small trough approaches from the west. 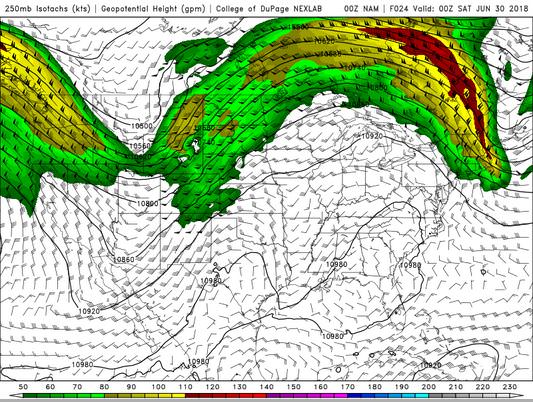 The HRRR simulated reflectivity shows that a few storms may begin to fire east of the I-25 corridor by 02 Z. 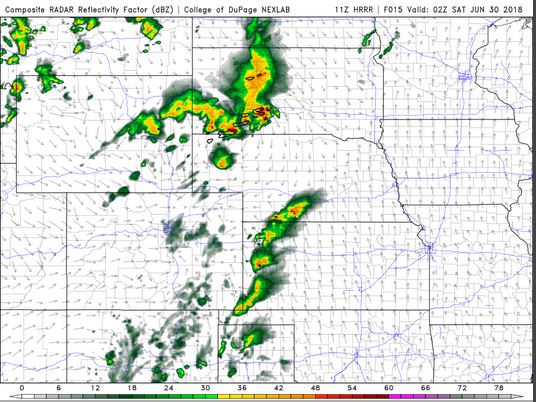 The HRRR predicts that the high temperatures for Boulder will peak in the mid-90s by 22 Z. 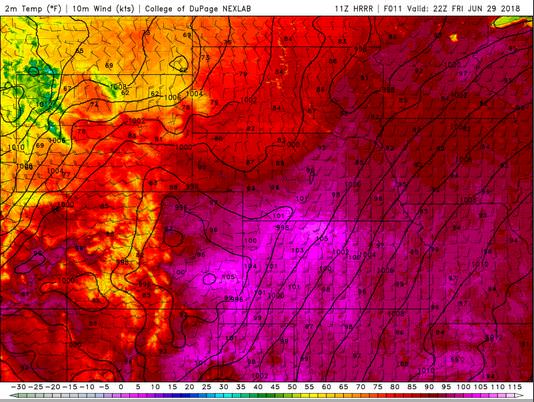 The NAM shows clouds moving out of the Denver Metro area by 06 Z.  The NAM shows that the skies will likely clear up enough for observations today. 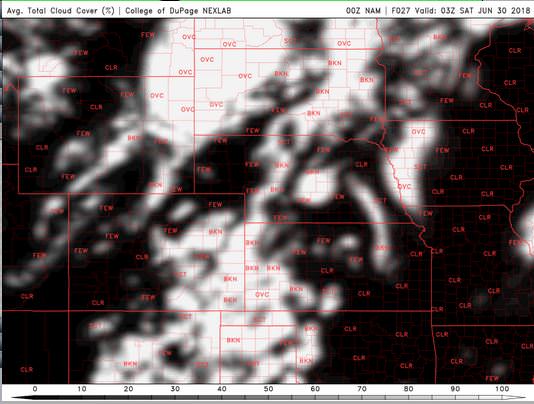 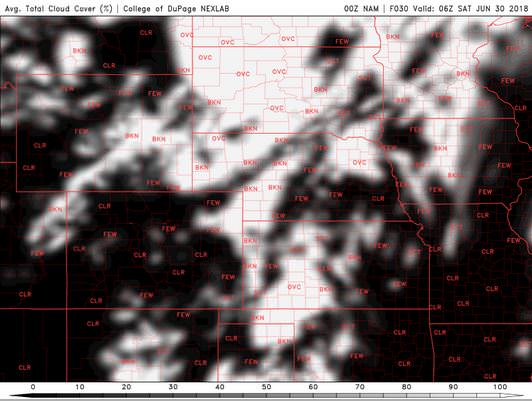 The HRRR shows a scattered clouds at 03 Z, that will drift east, but still be over the Denver area at 05 Z. 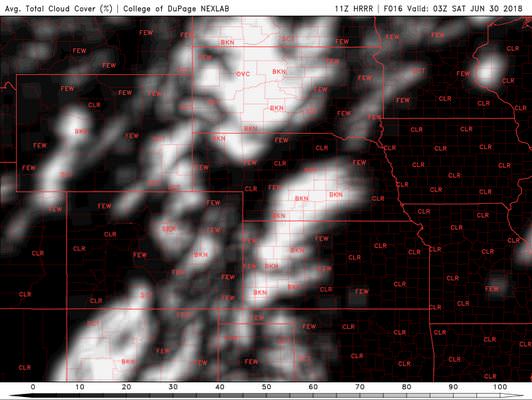 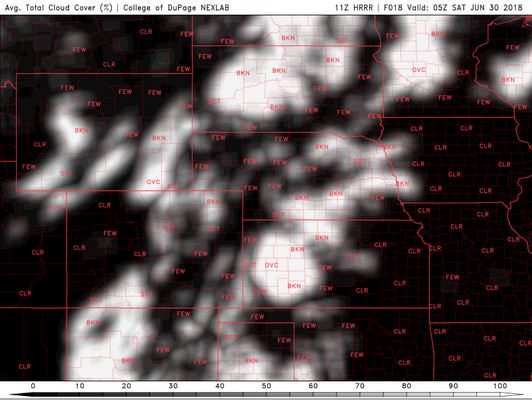 Today is going to be hot.  The models are in disagreement about cloud coverage this evening, and so it is going to be a crap shoot as to whether or not we have clear enough skies for observations.  The HRRR is actually trending a bit damper for the Denver area, but drier overall.

This blog is about my tales in storm chasing. My name is Seth Price and I am an instrumentation instructor at New Mexico Tech. My amateur radio call sign is N3MRA.
View all posts by highplainschasing →
This entry was posted in Fire Weather, Local WX, Practicing Concepts, Predictions, Satellite Imagery and tagged #cowx, Boulder, colorado, CU Boulder, Denver, forecast, meteorology, weather. Bookmark the permalink.