Posted on June 19, 2018 by highplainschasing

I will be spending the next seven weeks in Boulder, CO, as the Site Director for the Summer Science Program (SSP).  As such, I will start forecasting for the Boulder, CO, area. 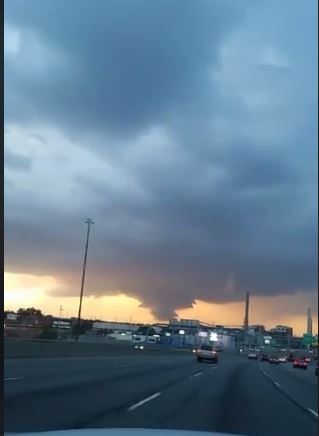 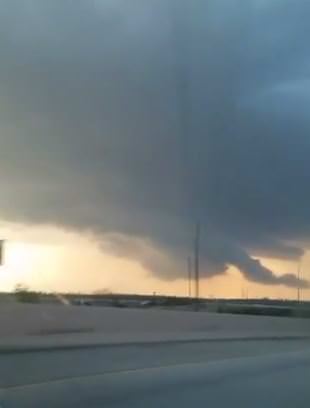 This morning has been overcast, mild and humid.

The NWS in Boulder, CO, has issued a Flash Flood Watch for the northeastern counties of Colorado.  They have also issued a Hazardous Weather Outlook concerning severe storms this evening.  The NWS Watches and Warnings graphic is shown below: 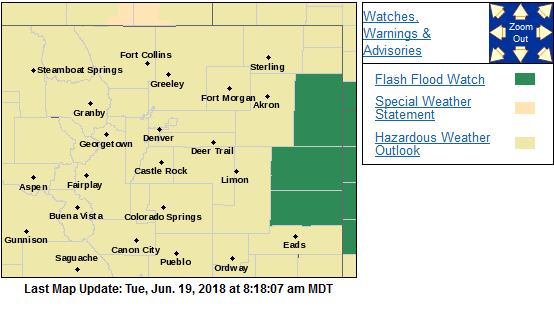 The Storm Prediction Center (SPC) has issued an Enhanced Risk for northeastern Colorado, with a Slight Risk over the Denver Metro area: 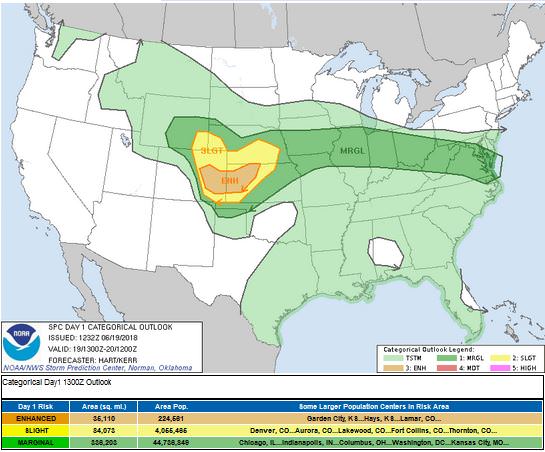 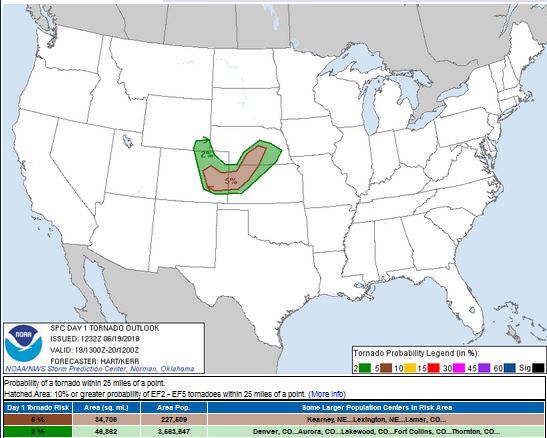 The visible satellite image shows scattered bands of clouds over the northeastern quarter of the state this morning. 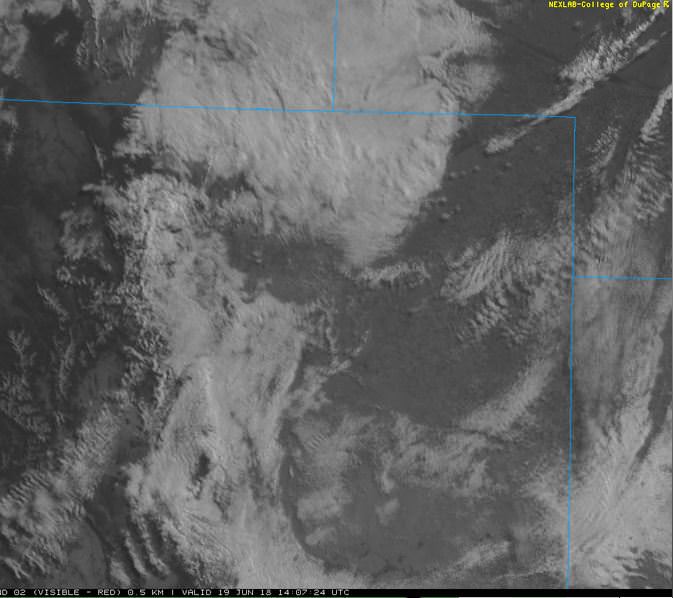 The 12Z upper air sounding from Boulder shows a nearly saturated column below 600 mb.  There was 1.07 inches of precipitable water present in the column.  There was 375 J/kg of Convective Available Potential Energy (CAPE) and -42 J/kg of Convective Inhibition (CINH).  The Lifted Condensation Level (LCL) was 340 m.  There was no thermal inversion near the surface, and the 0-3 km average lapse rate was 5.8 C/km. 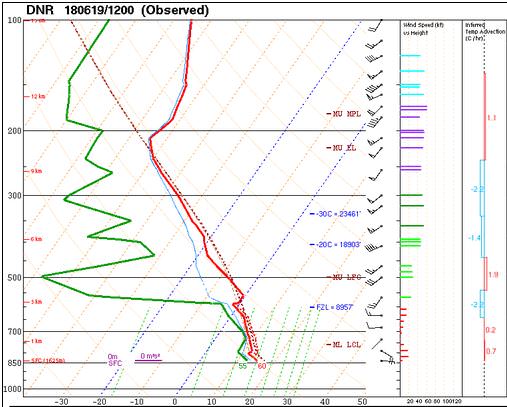 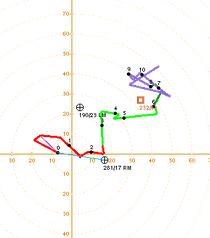 The surface observations (from the SPC Mesoscale Analysis Map) show cool temperatures and moderate humidity, based on the dewpoints.  The skies are cloudy over the northeastern and central parts of the state, and clear everywhere else.  The winds are light, statewide. 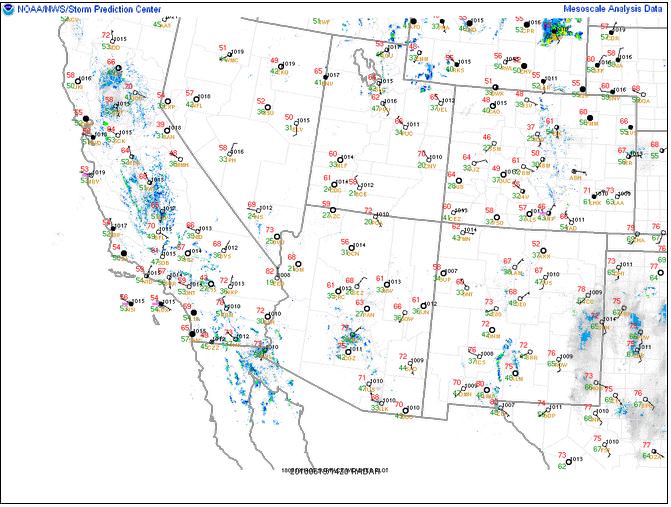 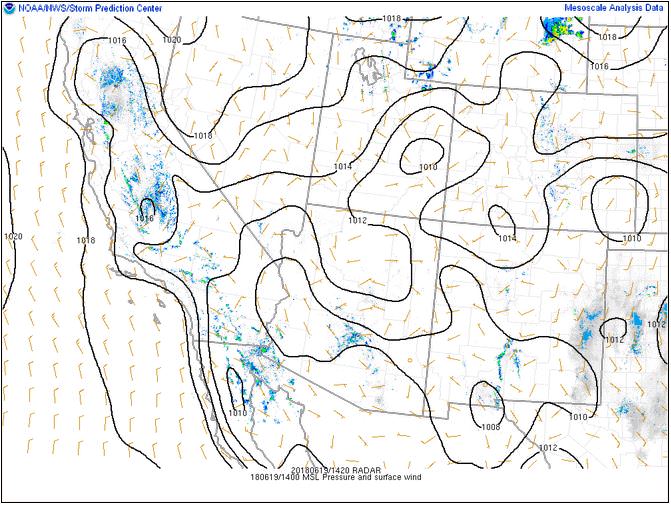 The NAM 250 mb chart shows an upper-level low pressure system over the Northern Rockies.  A moderate jetstreak is being forced around this low, nosing into Colorado this afternoon.  This is providing some of the upper-level dynamics that will help boost storms. 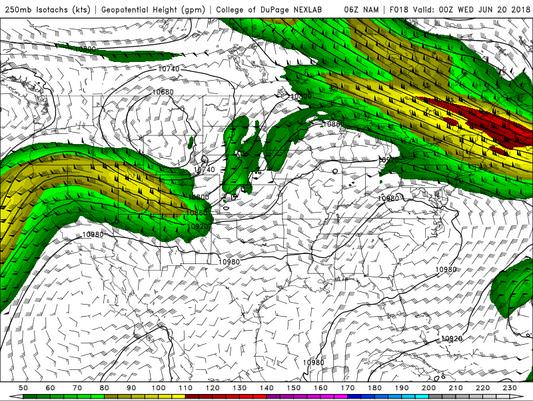 The HRRR simulated reflectivity shows storms beginning to form along the I-25 corridor through Colorado by 19 Z.  However, the Boulder area may not fire until later, perhaps 01 Z, according to the HRRR. 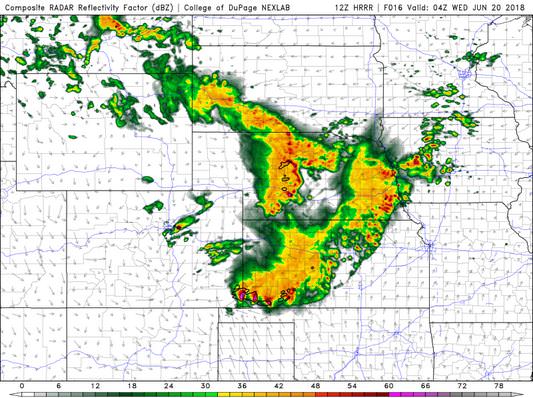 The HRRR predicts that the high temperatures for Boulder will peak in the mid-70’s by 22 Z. 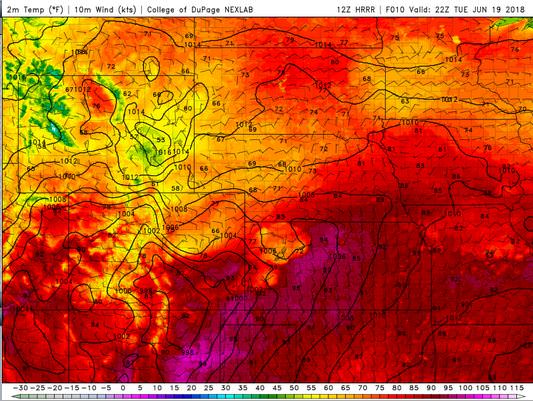 The HRRR shows that the winds will not be very strong. This chart has been excluded from today’s post.

The HRRR shows cloud coverage is expected to lessen in the late morning and early afternoon, but then may increase, depending on storm coverage. 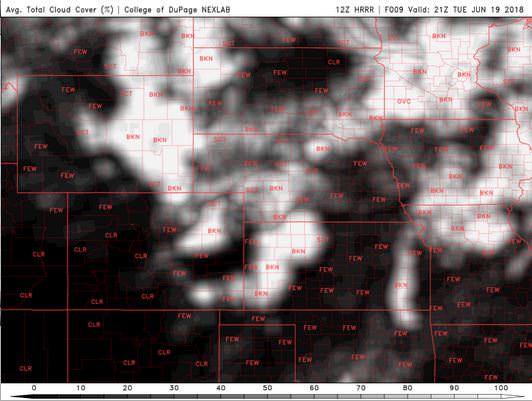 The supercell parameter is expected to increase throughout the afternoon, peaking around 22 Z near the Wyoming border, as well as southeast of the Denver Metro area. 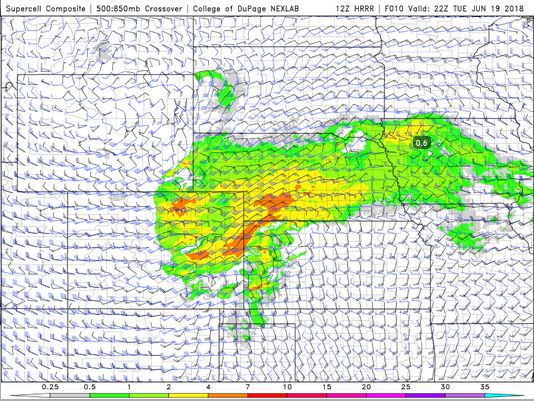 Today, I will spend the day in Boulder, and will not chase.  I will keep a close eye on the storms as they develop.

This blog is about my tales in storm chasing. My name is Seth Price and I am an instrumentation instructor at New Mexico Tech. My amateur radio call sign is N3MRA.
View all posts by highplainschasing →
This entry was posted in Follow Up, Local WX, Photography, Practicing Concepts, Predictions, Satellite Imagery, Severe Weather and tagged #cowx, Boulder, colorado, CU Boulder, Denver, forecast, meteorology, photography, storm, weather. Bookmark the permalink.