I started out the morning by going for a run around North Platte.  It was a humid day already. 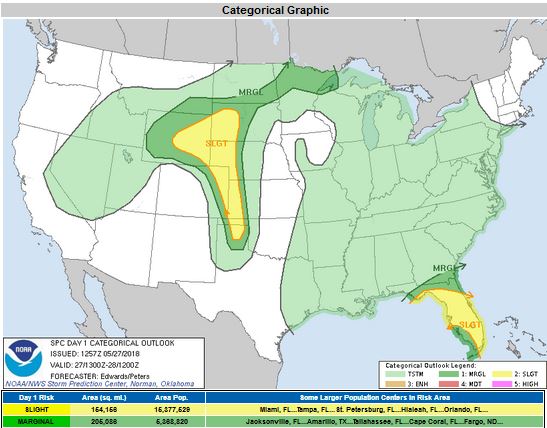 Today, there was also a 2% Tornado Threat Ring: 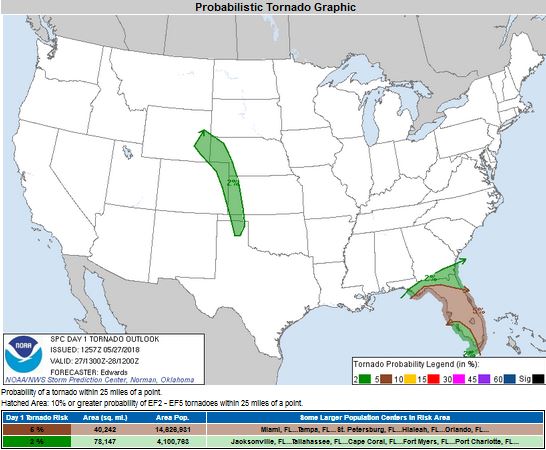 I decided that I might trek east anyhow, in spite of the threat.  I ended up stopping a few times to check the latest surface observations and visible satellite imagery.  I stopped at a lake and took a walk for a bit, trying to decide whether to go east.  Instead, I decided to go after the threat.

Just south of Lexington, I stopped to fill my water bottle on the side of the road, at a pull out, well off the road.  I also restarted my phone, because it was freaking out. A police officer pulled over near me.  I will spare you the details, but the interaction was unpleasant.  He told me I needed to leave immediately, and yelled “NOW” when I tried to screw the top back on my water bottle.

It put a damper on the rest of the day.  I took no photos of the weak storms I saw, and really had no idea what to do next. I did run a livestream video or two approaching the messy storms from the north.  I had been too far east to catch the storms when they went severe, and was dealing with their grouping up instead of their discrete stage.

I ended up spending the night in my car again, this time at the TA in Oakley, KS. 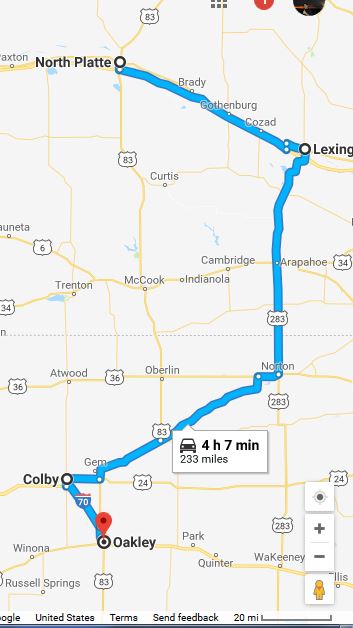 The Storm Reports graphic is shown below: 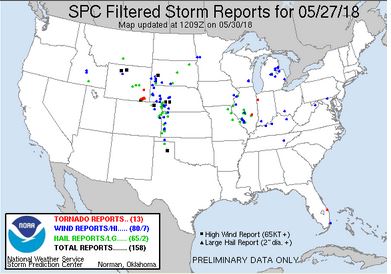 This blog is about my tales in storm chasing. My name is Seth Price and I am an instrumentation instructor at New Mexico Tech. My amateur radio call sign is N3MRA.
View all posts by highplainschasing →
This entry was posted in Chase Account, Photography and tagged #kswx, #newx, Kansas, meteorology, nebraska, photography, storm chasing, weather. Bookmark the permalink.