Posted on June 1, 2018 by highplainschasing

I started my chase yesterday in Clinton, OK, and took it easy in the morning.  I was at the edge of the threat area, so this gave me a little time to work on other projects.  I did laundry, ate a gigantic breakfast, and waited to drive north.  If you are ever in Clinton, the restaurant attached to the Quality Inn is not messing around.  I ordered Polish Sausage, a Denver omelette, and a short stack of pancakes.  The sausage, while only like $3 was an entire bowl of sausage.  The pancakes were each the size of a serving plate.  Oh yeah, and the whole thing came with hashbrowns.  I couldn’t finish it all.

Eventually, I targeted Woodward, OK.  Everywhere had good dewpoints, and there was only a weak dryline.  There were no strong backed winds anywhere.  However, the NAM and HRRR had disorganized storms and a helicity track passing through here.  If nothing else, I could turn and go home from here easily as well.

The Storm Prediction Center (SPC) had issued an Enhanced Risk: 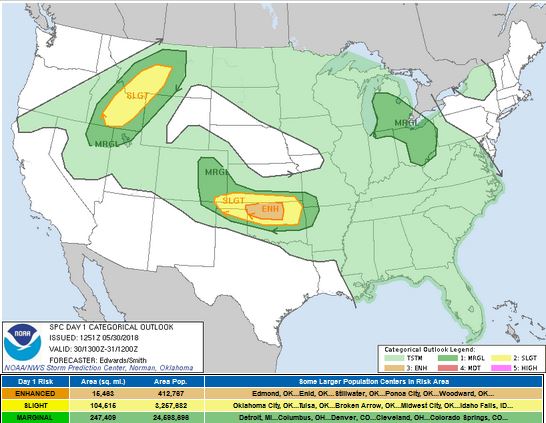 …and a 2% Tornado Threat Ring. 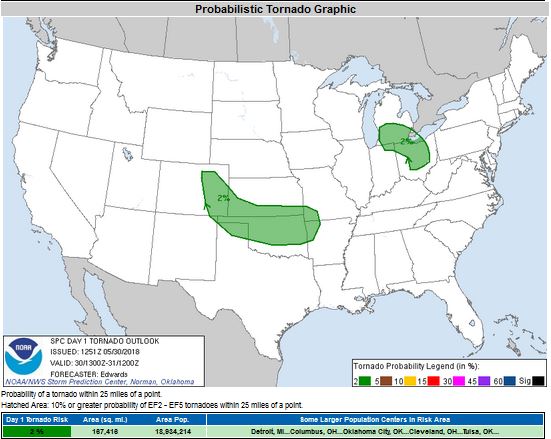 I waited in the Woodward Walmart parking lot for hours.  Around 5:30 pm, with no cumulus developing, I gave up on storms firing in Woodward.  There were storms firing over the Texas Panhandle, and these would congeal and pass through Woodward after dark.  I decided instead to head west and try to catch the cell that had fired west of Perryton, TX. 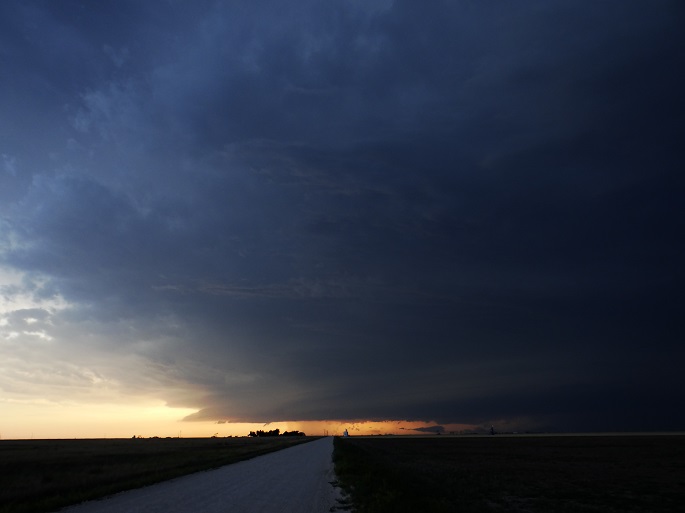 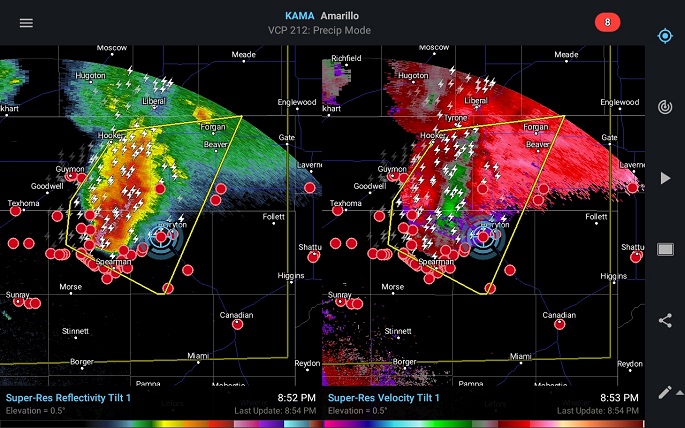 This cell was outflow dominant very quickly into its life cycle.   It did produce an awesome shelf cloud. 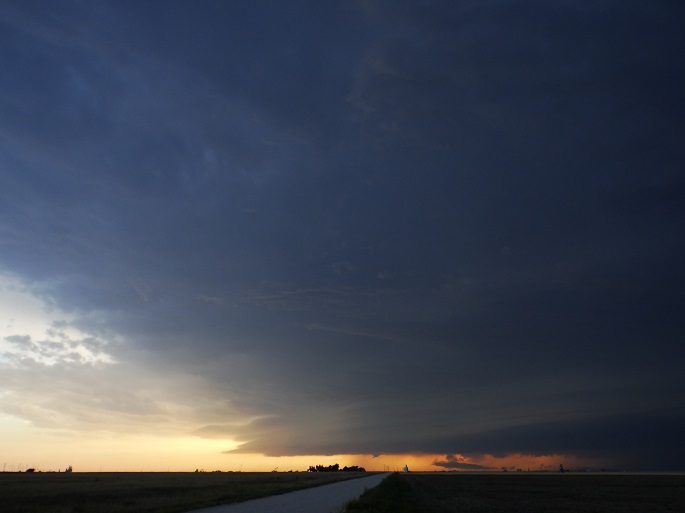 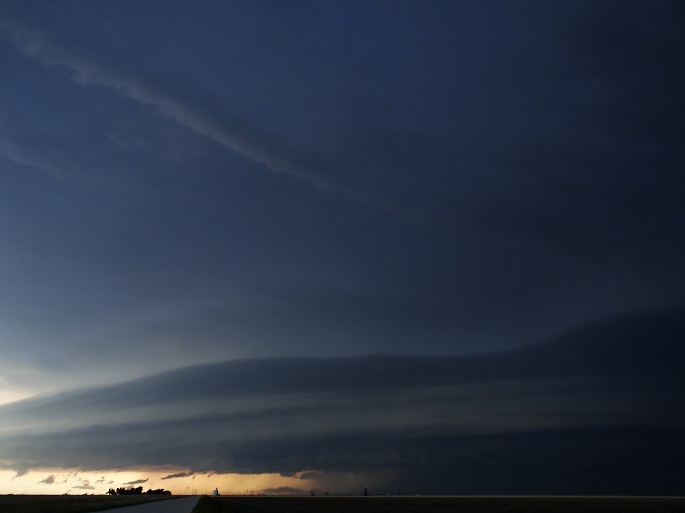 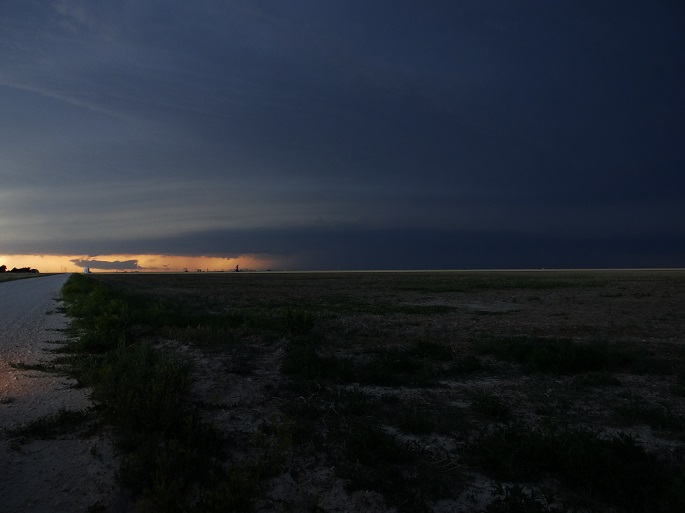 I took a timelapse of the approaching shelf cloud and posted it to YouTube:

I gave up chasing for the night, heading into Perryton.  I stopped for a few minutes under an overhang in Perryton, as the shelf cloud approached.  There was some small hail, strong winds and heavy rains, so the overhang kept the small hail away. 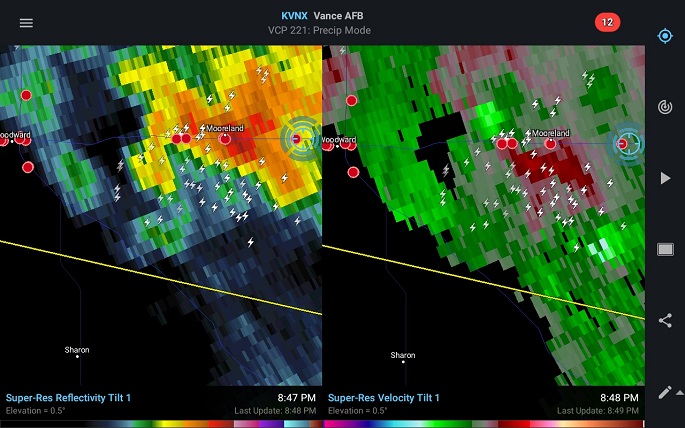 As soon as the precipitation passed, I debated heading north to Montana and the Dakotas for the threats Friday.  However, my budget said otherwise, and I instead turned south to Amarillo. 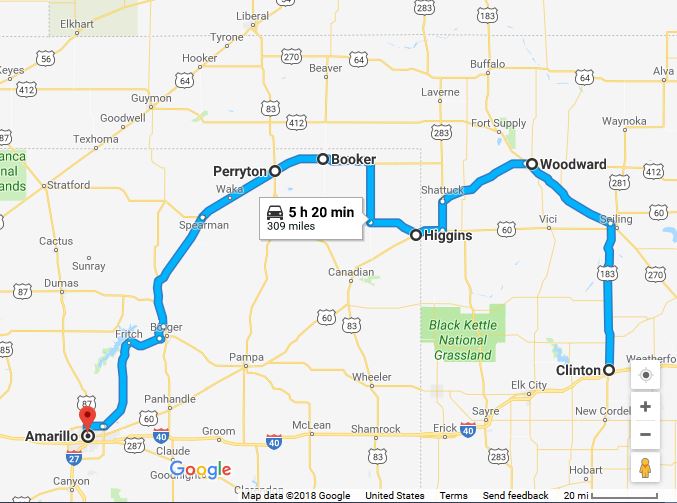 Here are the Storm Reports from yesterday.  Notice that there were no tornadoes in our threat area.  This one did not pan out. 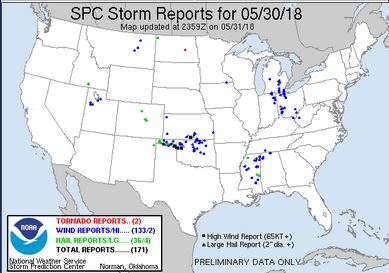 This blog is about my tales in storm chasing. My name is Seth Price and I am an instrumentation instructor at New Mexico Tech. My amateur radio call sign is N3MRA.
View all posts by highplainschasing →
This entry was posted in Chase Account, Radar Imagery and tagged #okwx, #txwx, 2% tornado threat ring, Enhanced Risk, meteorology, oklahoma, storm chasing, supercell, Texas, weather. Bookmark the permalink.