I have been really bad about updating this thing.  The days will probably not be in order, but I’ll arrange it all in the end.  I also just received notice that I will have to find a new way to store my files, as I lose my NMT server in a few months.

Day 21 was another day of indecision for me.  If I did not leave for the east coast today, I would miss my board meeting in Richmond, VA, and likely the whole conference, as the board meeting was the most important part.

Having said that, conditions were good for storms to my south.  The Storm Prediction Center (SPC) had issued an Enhanced Risk: 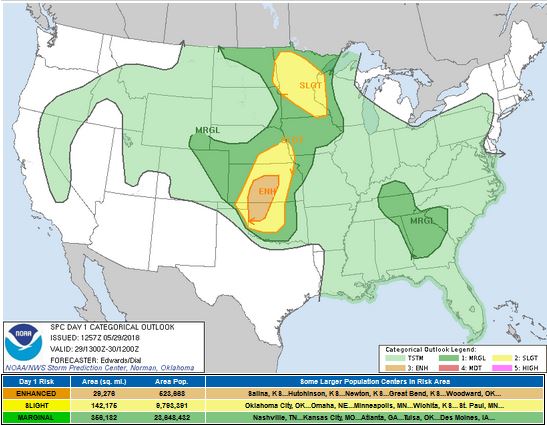 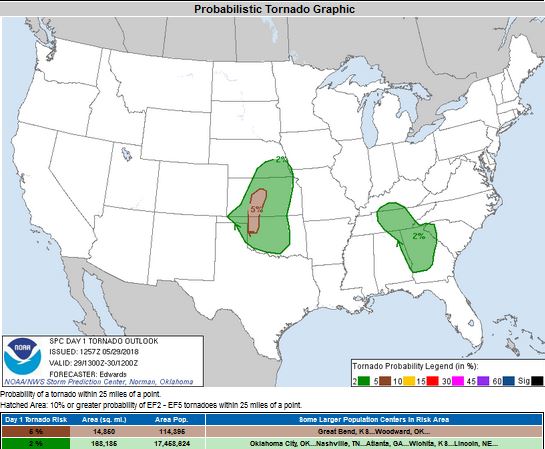 I also had not been feeling well.  I had several days of strong headaches (I’ll describe this in another post).  This day, the headache was very weak, but my chest hurt.  I ended up driving do the ER in Pratt, KS.  They did a chest x-ray, and an EKG, and said it all checked out.  They were super nice.  I love Pratt.

Soon, a few storms began to fire along the dryline.  I headed south into Kansas after a cell that was beginning to rotate near Freedom, OK.  I stopped at Port Houston, OK and took a few photos. 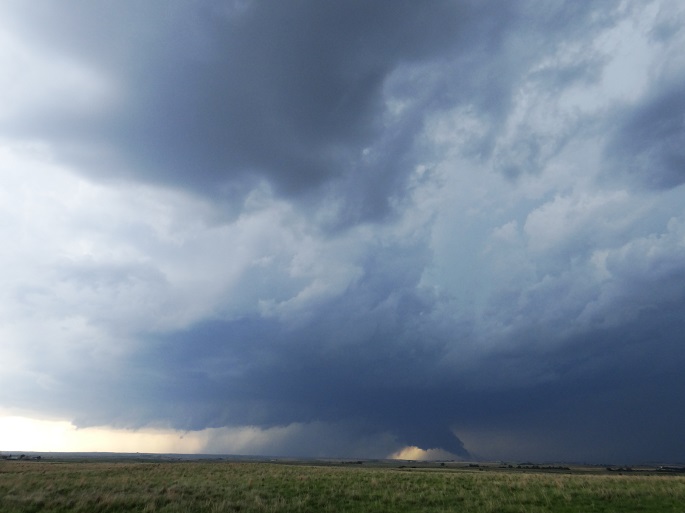 It is important to note that even though this feature is low to the ground and funnel shaped, it is not a funnel.  It is neither rotating, nor is it in the right place on the storm. 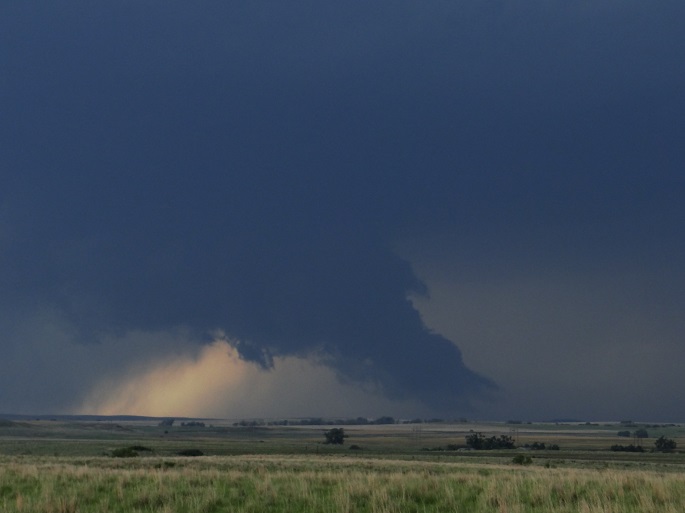 Pretty soon, this storm made a slight right turn.   Instead of moving east or northeast, it started drifting to the southeast.  This would cut off my escape route to the east.  I moved before the baseball hail arrived.  Eventually, the storm became quite the precipitation producer. 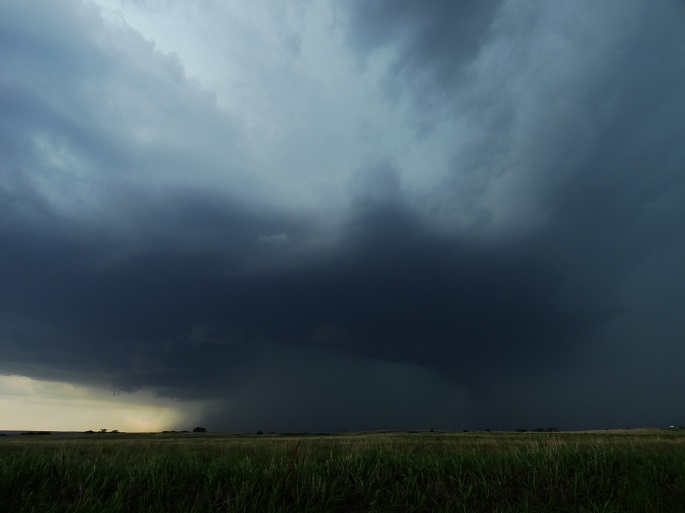 I left Waynoka, OK, leaving this storm behind.  I took a few more photos as I left. 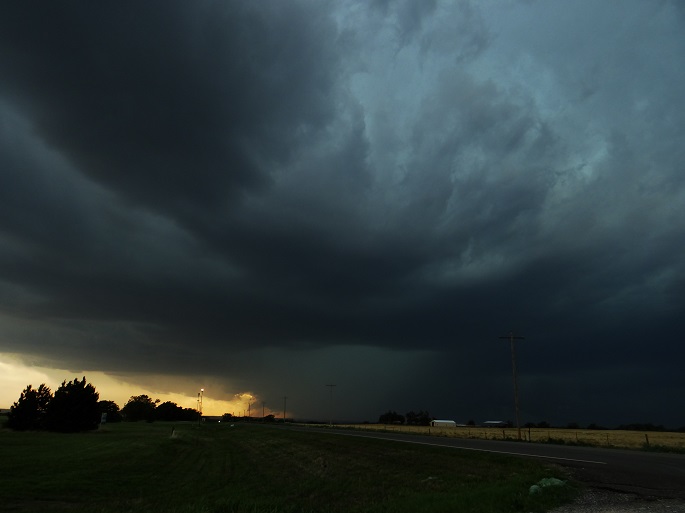 There was a gustnado/tornado that caused this storm to become tornado warned.  Nearest I could tell, this was what prompted the warning.  I don’t know if I count it as a tornado or not. 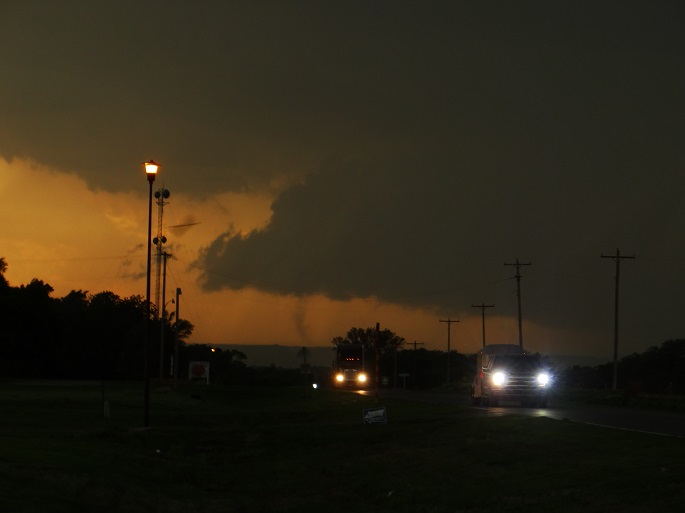 One final view of the Freedom, OK, cell before my trek west. 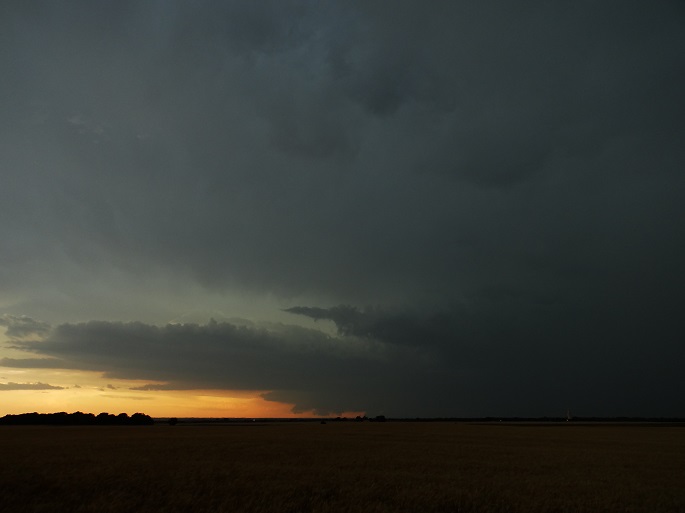 I gave up chasing for the night (or so I thought).  I called my parents and chatted with them, driving west on US-412.  However, part of the way I noticed a cell developing in front of me.  At first, I thought, “no big deal” because the sun was almost down, and there were storms ahead of this cell.  It would soon die off. 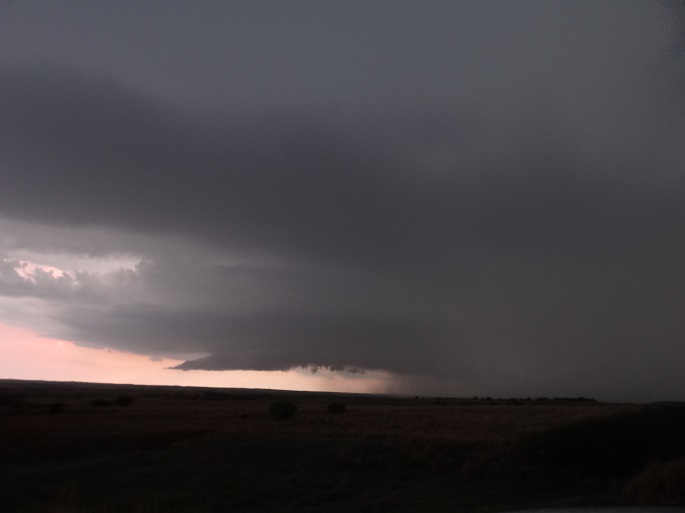 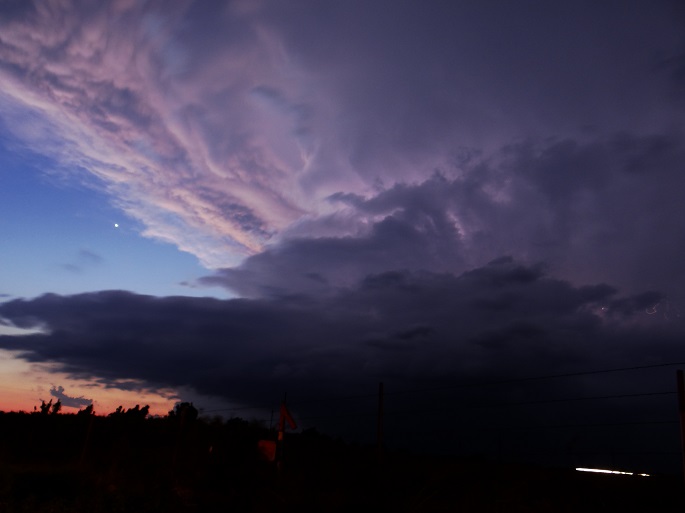 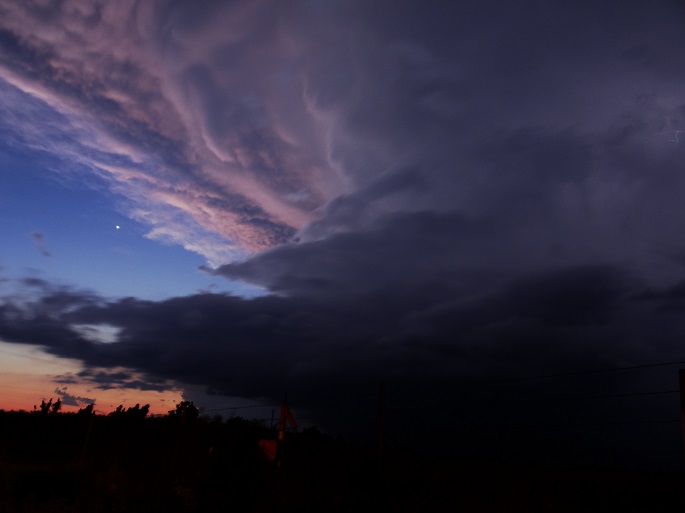 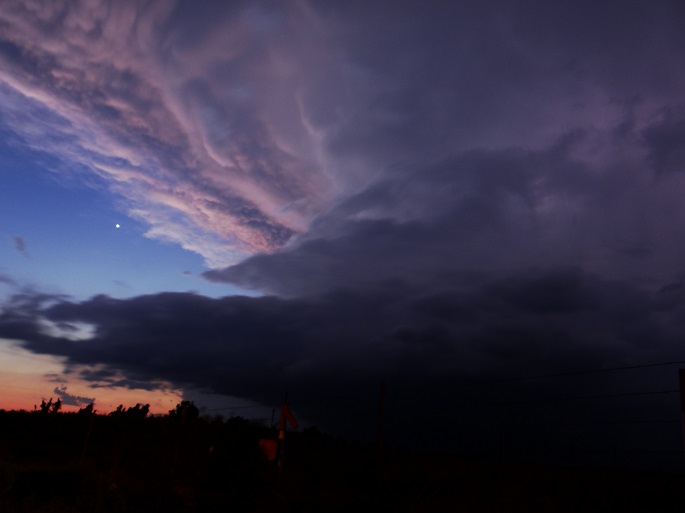 If you save these photos and scan through them quickly, you’ll see that the entire storm was rotating.

I was able to pull away from it to the south.  I ended up spending the night in Elk City, OK. 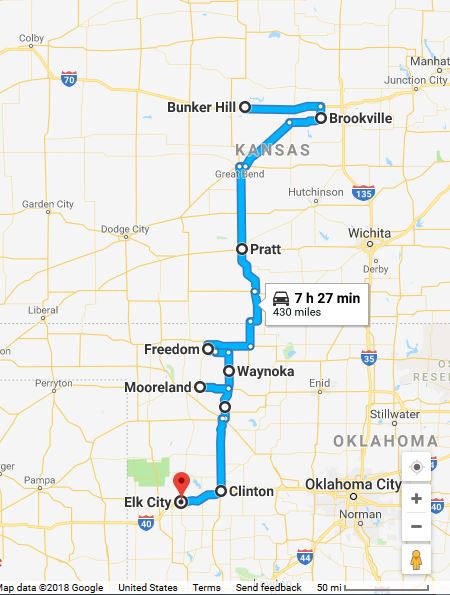 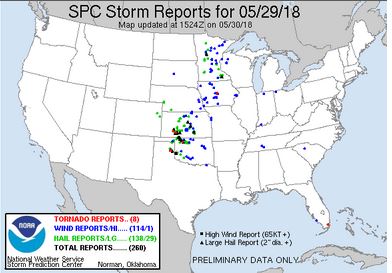 This blog is about my tales in storm chasing. My name is Seth Price and I am an instrumentation instructor at New Mexico Tech. My amateur radio call sign is N3MRA.
View all posts by highplainschasing →
This entry was posted in Chase Account, Chase Crew and tagged #okwx, 5% Tornado Threat Ring, Enhanced Risk, Kansas, meteorology, oklahoma, storm chasing, supercell, weather. Bookmark the permalink.