We had a large Slight Risk area yesterday, though the game was to stay to the northern and western parts of the risk area. 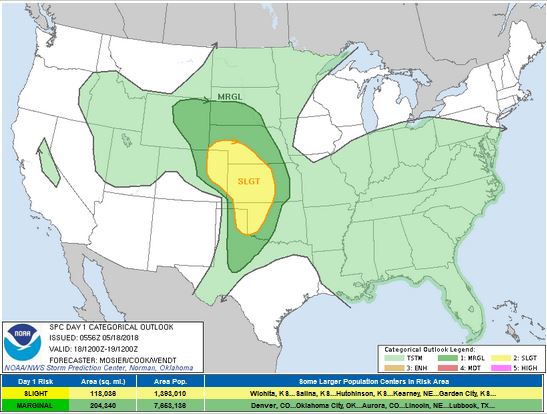 We also had a 2% tornado threat ring that accompanied this Slight Risk. 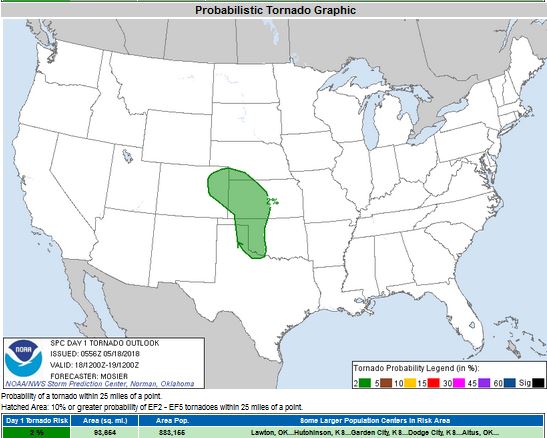 We left Guymon, OK, and targeted Garden City, KS.  It was a relatively easy drive, and we ate our Subway sandwiches in the parking lot while waiting for storms to fire.

A weak cumulus field developed over western Kansas, so we had some moisture and instability. We watched as the cumulus clouds remained flat, however.

Eventually, we watched several cumulus clouds begin to tower.  Each one would develop, then die from moisture starvation.  There was high surface dewpoints, but the moisture was shallow and inadequate for keeping most storms alive.

On visible satellite, there was a boundary that ran west to east along the I-70 corridor.  We decided to continue north and east to follow this boundary.  A storm that ran along this boundary might have a little additional shear and might become dominant.

One of our pop-up cells did just that, near Quinter, KS.  First, we saw the backside of it: 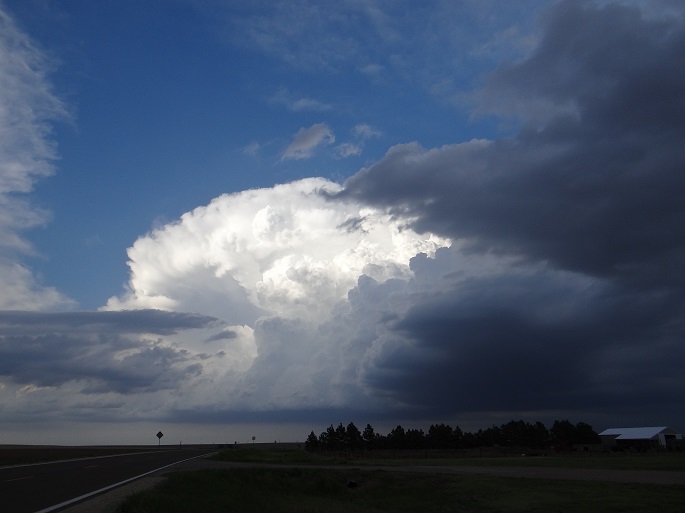 We drove to I-70, then turned east, with a rapidly developing cell at our heels.  The cell moved along the boundary, quickly developing rotation.  At one point, one of the Virginia Tech crew called over the radio and said that there was rapid rotation.  We pulled over briefly, just to find that it was almost directly over head.  We continued east down I-70, passing through some penny to quarter-sized hail before outrunning the storm.  Once we found a place to pull off the interstate, we did. 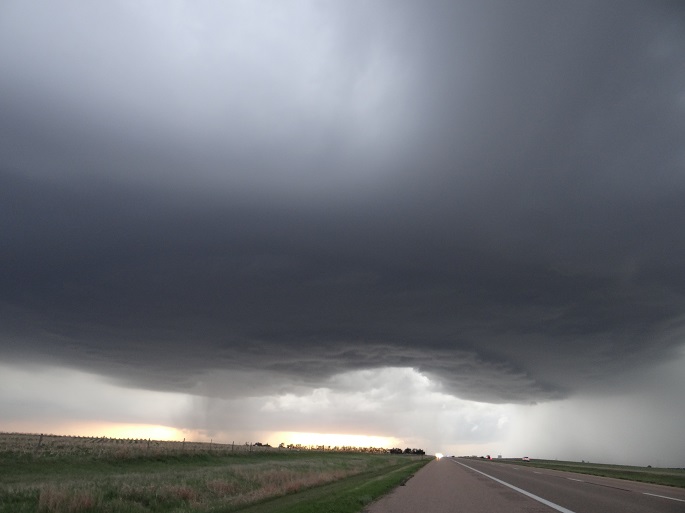 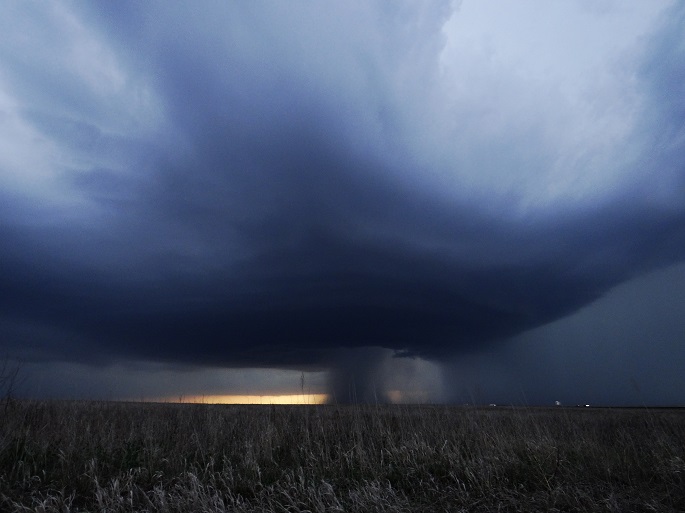 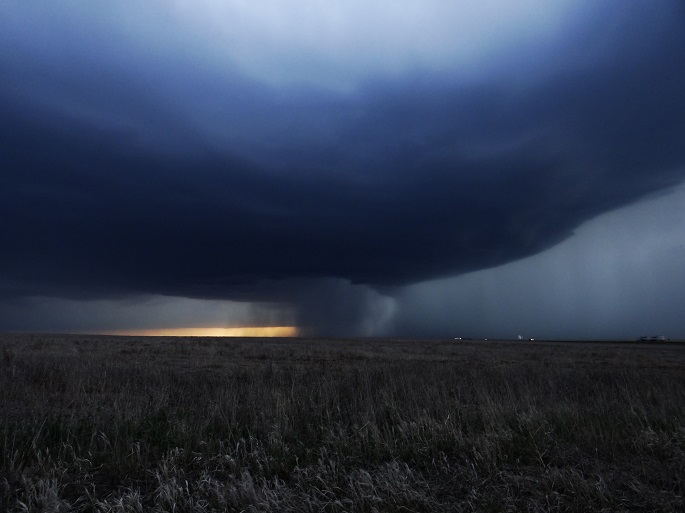 The cell had developed strong rotation and was now tornado warned.  We saw what was called a funnel (I personally did not see the rotation), but it was at least a “suspicious lowering.”  I have livestream video of this, but very few photos.

More storms, though weaker in intensity, were developing all around.  We decided to punch east and abandon the storm at sunset.

We kept ahead of the cells the rest of the evening, spending the night in Belleville, KS. 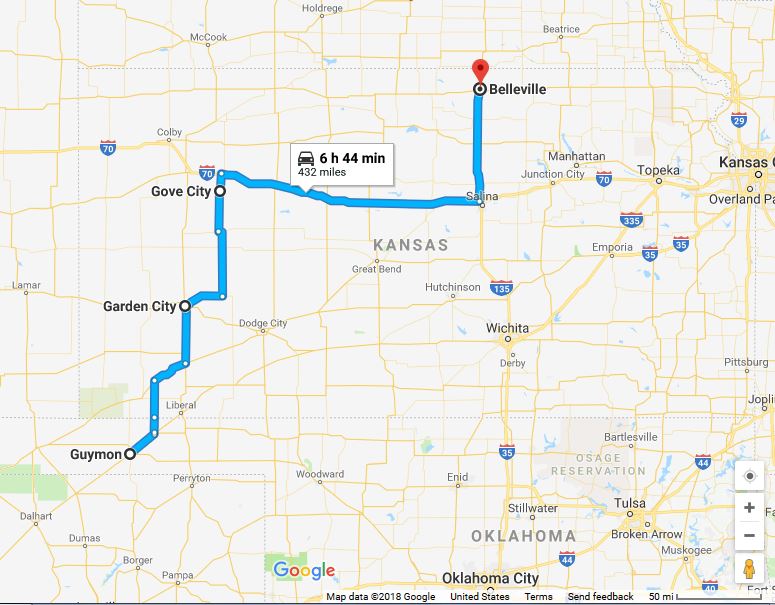 Check out the Storm Reports, which include the Tornado Report for near Quinter, KS: 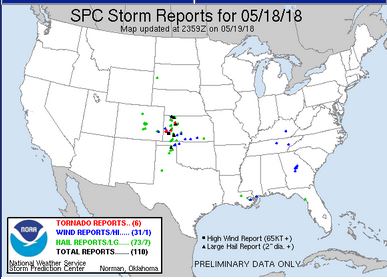