I arrived safely in Denver, on 5/9.   That part of the chase without incident.  Here I am, fueling up and getting ready for chase mode. 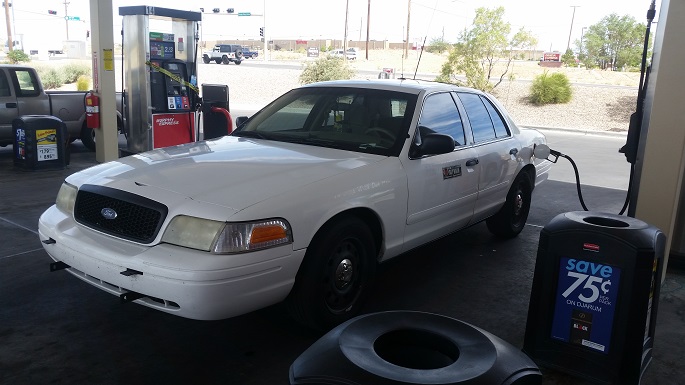 My route is shown below: 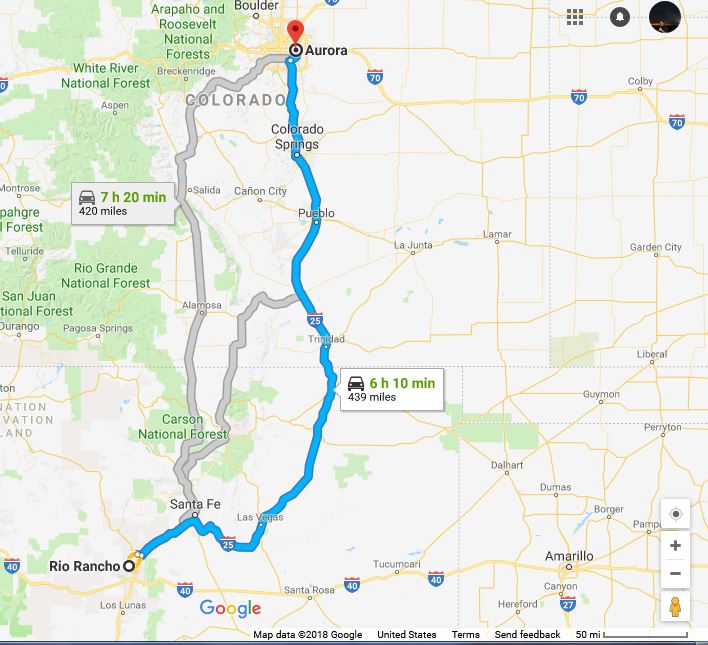 I woke up in Aurora, CO, and picked up my chase partners, Kathryn and Trevor, and instantly entered chase mode.  We targeted Cheyenne, WY,  and ended up hanging out at a Love’s for several hours. 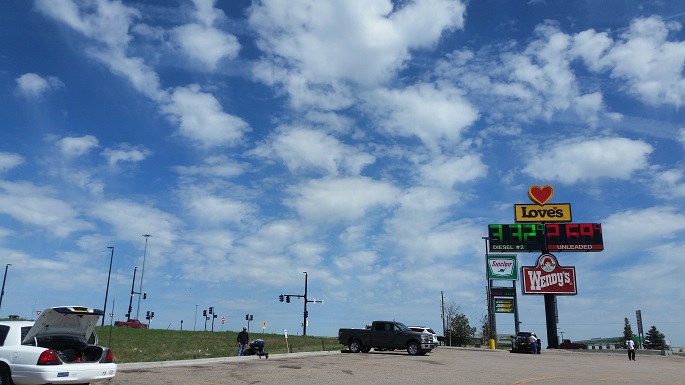 The cumulus cloud coverage increased over a few hours.  We als0 met up with the Sirens Project and Mike Olbinski, fellow storm chasers whom we chat with frequently. 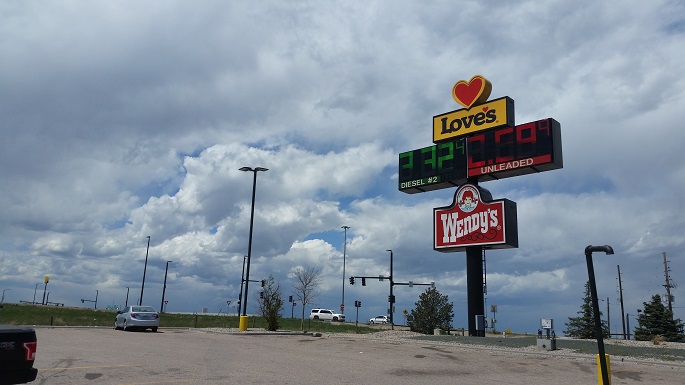 A few cells started to pop, so we headed east.  We hung out near Burns, WY, for a bit. 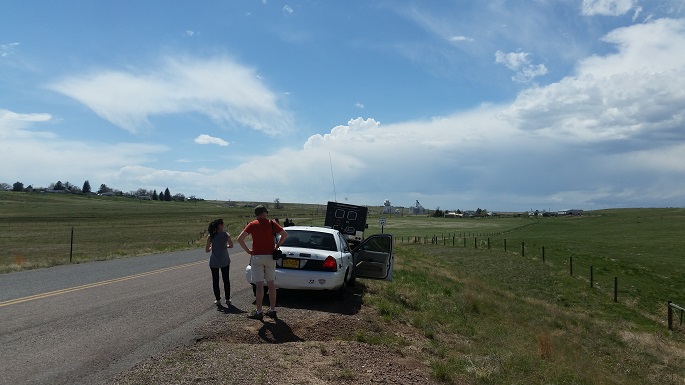 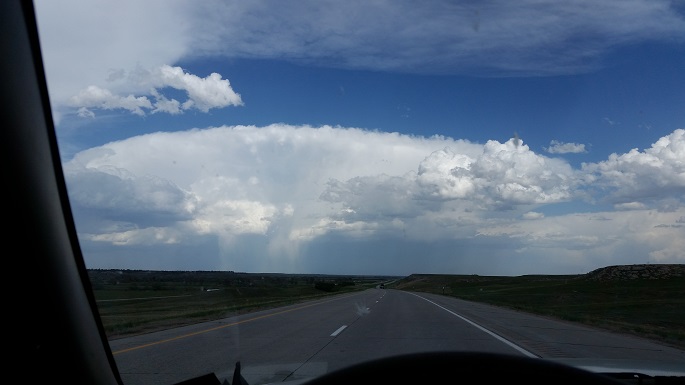 We were able to catch this storm and drive right under it, near Dalton, NE.  It had a shelf cloud and a really large gustnado.  I did not get photos of the gustnado. 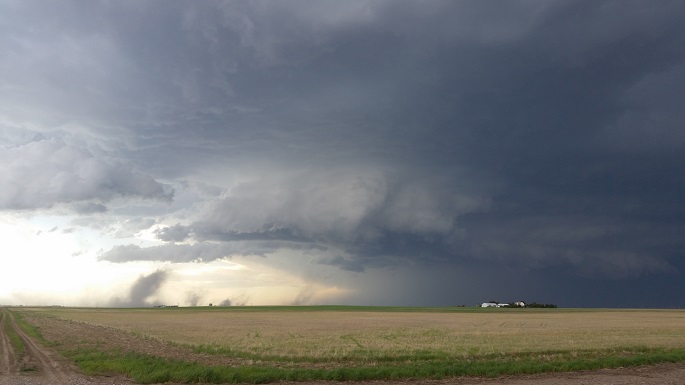 I was clearly not impressed by the shelf-cloud, however. 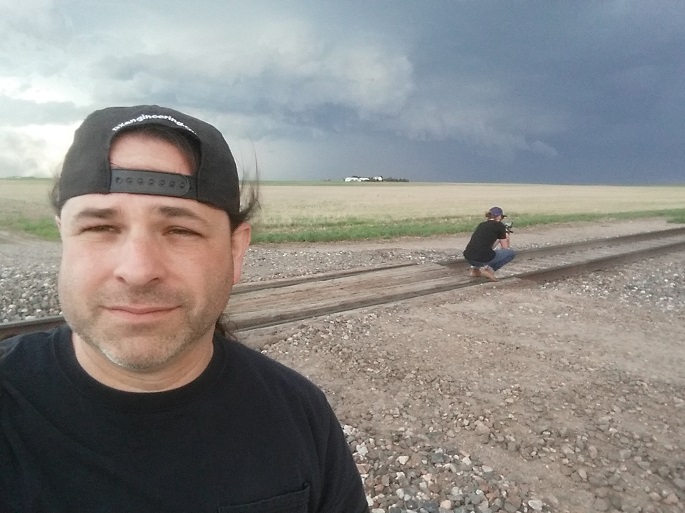 Supposedly, this storm went tornado-warned, and we did see rotation on radar.  However, we did not see evidence of a tornado.  There was some damage near Bridgeport, but it looked like straight-line winds.

Soon, the storms globbed up and we called it a day.  We had an easy night.  We had a nice dinner at Sam and Louie’s in Sidney, NE, then spent the night in the Quality Inn. 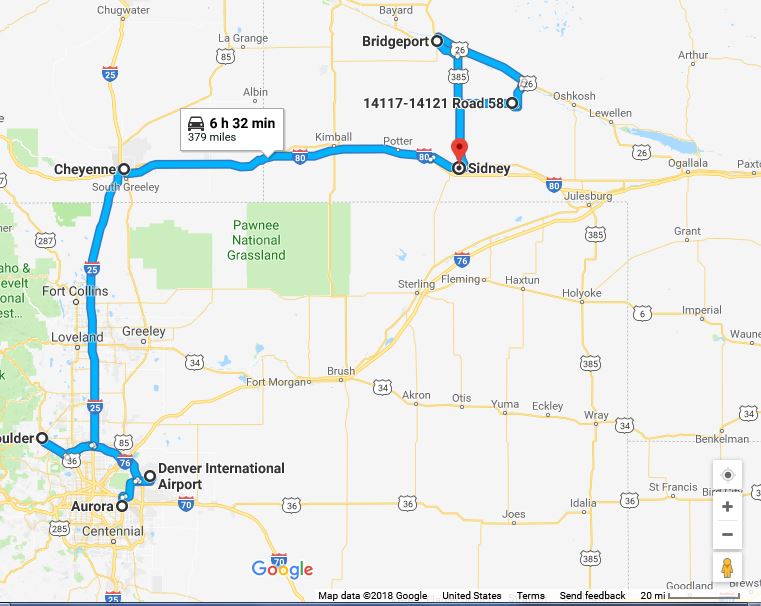 This blog is about my tales in storm chasing. My name is Seth Price and I am an instrumentation instructor at New Mexico Tech. My amateur radio call sign is N3MRA.
View all posts by highplainschasing →
This entry was posted in Chase Account, Chase Crew, Severe Weather and tagged gustnado, meteorology, severe weather, shelf cloud, storm chase, storm chasing, weather. Bookmark the permalink.