We started our day under cloudy skies in Salina, KS.  We left the hotel and retraced our steps back to northwestern Oklahoma.

Our first stop was the World’s Largest Czech Egg, in Wilson, KS.  The day before, we saw the egg in passing a few minutes before we saw the funnel.  Today, we had time to stop and take a few photos. 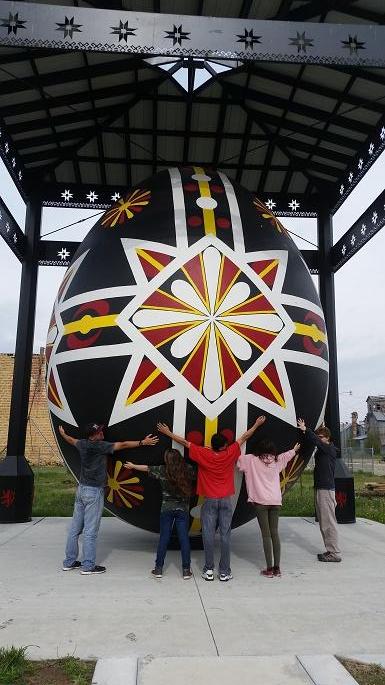 We aught our first storm near Seiling, OK, which has been fertile chase terrain for me in the past. 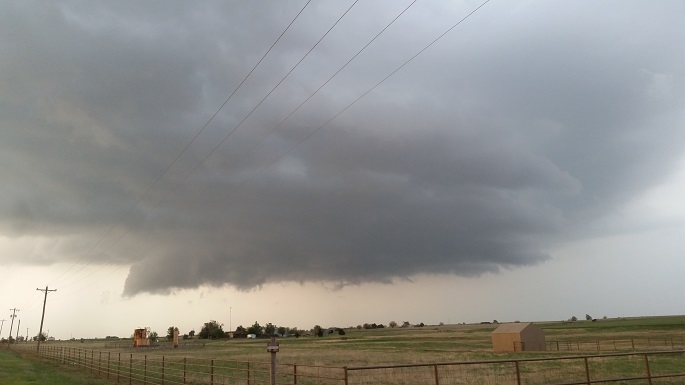 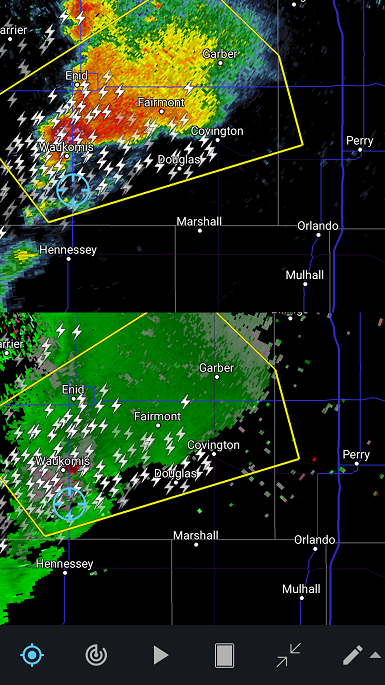 At one point, we pulled into a dirt road near some oil tanks and snapped a few photos.  However, this storm was moving very quickly.  This was the last photo I took before we bailed south some more.  We had a great escape route, and that was the only reason I let the storm get this close.  We did see a strong gustnado off the outflow from this storm. 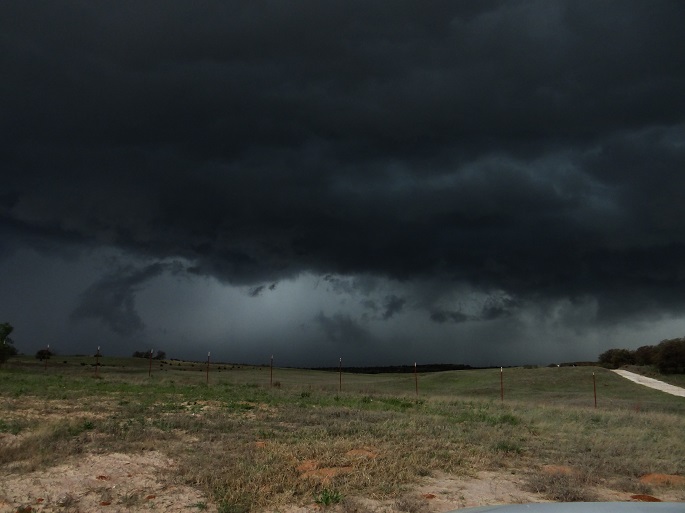 We continued south, then east.  Then, we tried to tag the cell again near Okeene, OK. 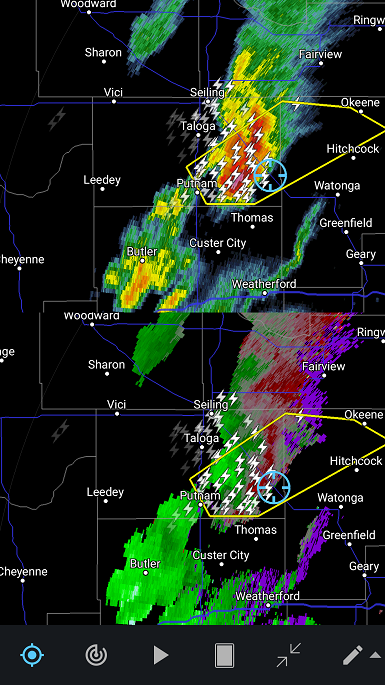 The storm was moving very quickly, and a line was organizing behind them.  They were dumping so much rain that the roads were becoming a hazard.  Even I-44 was filling up with water.

We ended up driving to an Econolodge in Oklahoma City.  We then walked to a Waffle House and ate chocolate chip-covered pancakes, which is never a good idea.  All I can say is that the smallest student ate hers, and then asked to finish the ones that the tallest student could not finish.  She was declared the “Waffle Queen” for the rest of the trip.

The Storm Prediction Center (SPC) Storm Report Graphic is shown below.  You can see that these storms were a bit more spread out, with tornadoes in several areas.  These storms became linear very quickly. 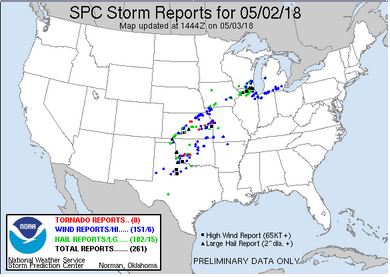 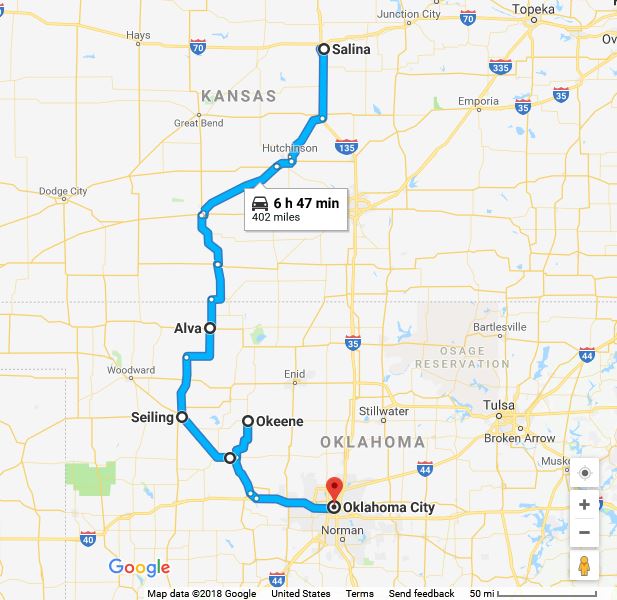