We started our day under cloudy skies in Woodward, OK.  We had a good breakfast, and met several other storm chasers in the breakfast room.

We left Woodward and headed north towards Pratt, KS.  We stopped in Greensburg, KS.  I showed the students photos of Greensburg, KS, after the 2007 tornado.  We made a lap through town and saw how the town had recovered.  An occasional empty lot or bare foundation served as a reminder of the devastation that occurred there.

In Pratt, everyone had their first Casey’s Donut.  This is an important Great Plains Storm Chase ritual, and I was glad the students could participate.

Soon after, we were able to escape the stratus shield and started to see a little cumulus cloud cover. 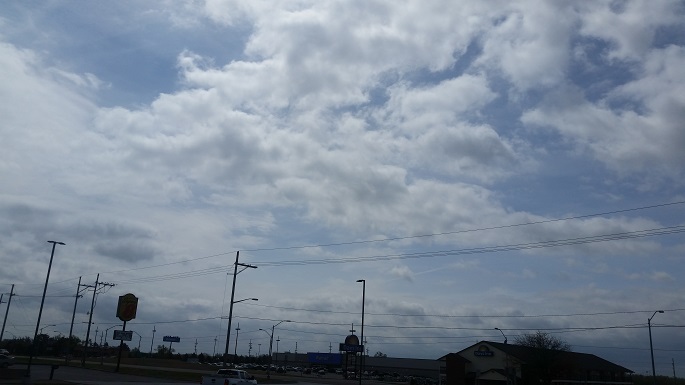 We stopped at a park in Great Bend, KS, for a bit and waited for storm initiation.  They had an ancient slide, and there is some (unfortunate) video of me going down it headfirst.

Storms quickly developed.  Unlike yesterday, the storms moved relatively quickly.  We got on one cell near Otis, KS, and snapped a few photos. 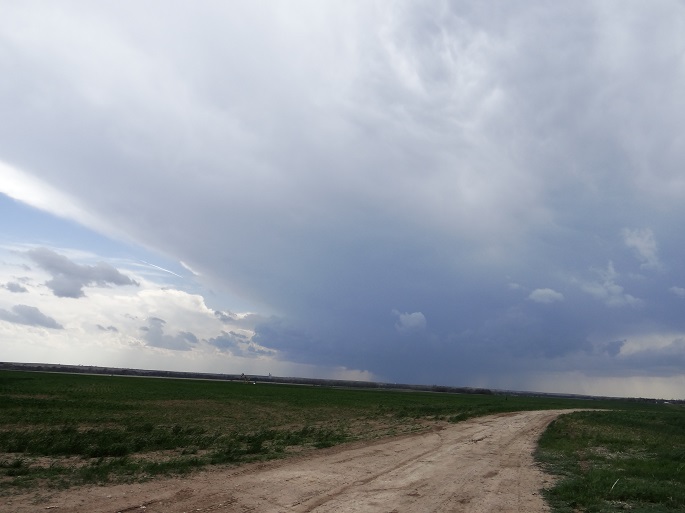 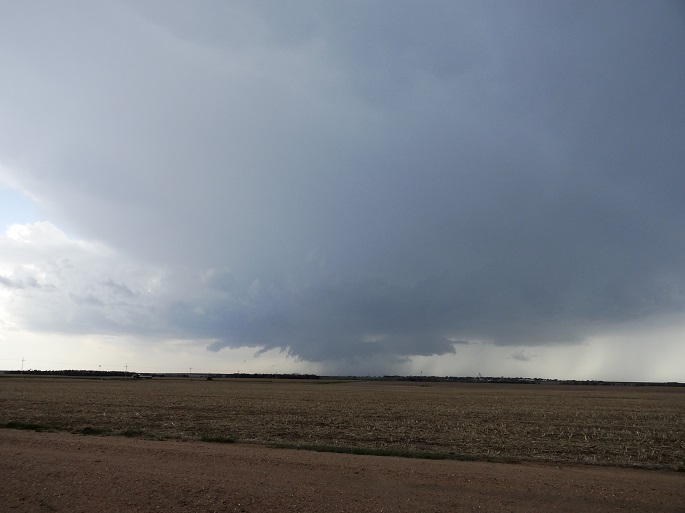 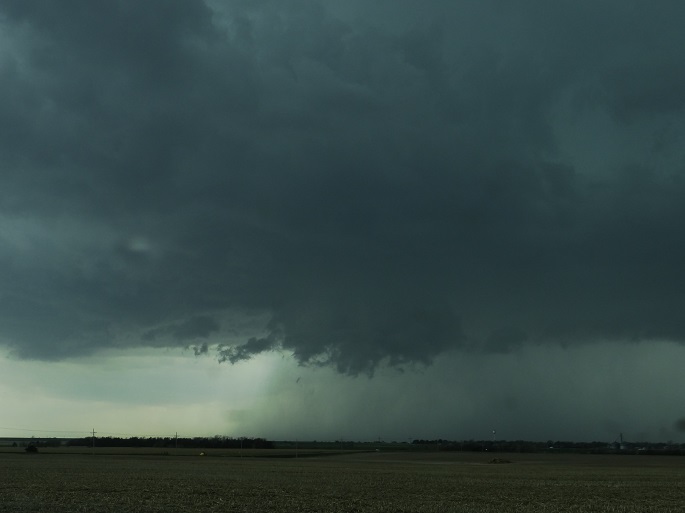 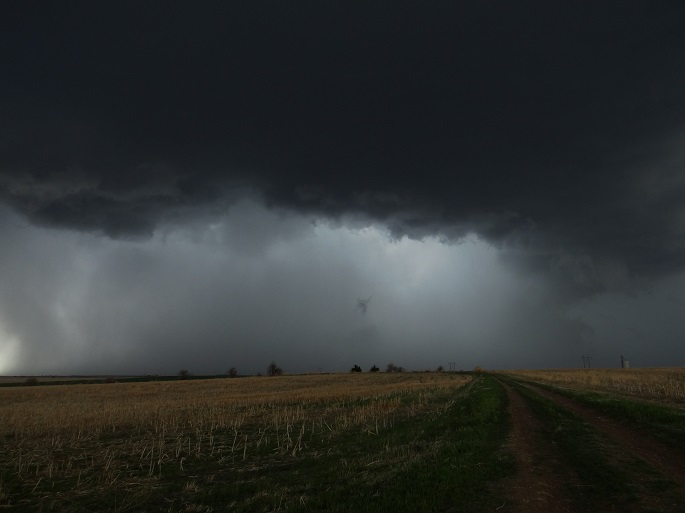 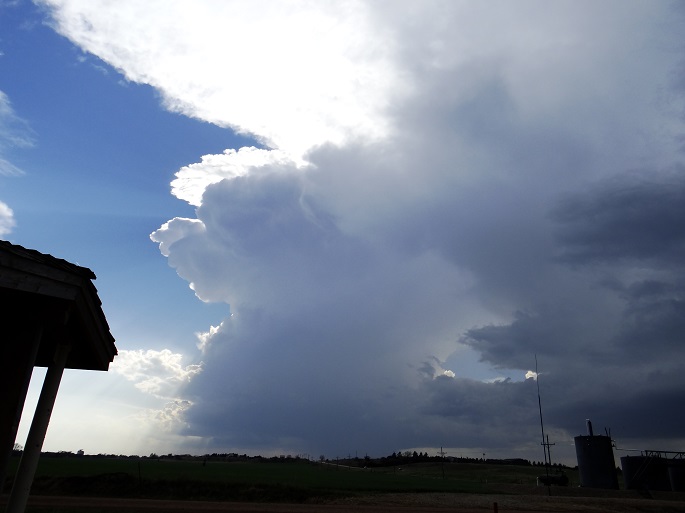 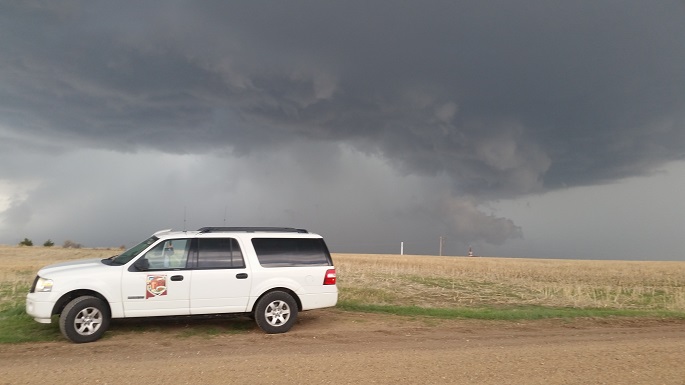 This cell developed a rotating wall cloud near Wilson, KS.  We snapped a few photos, but the storm was moving quickly. 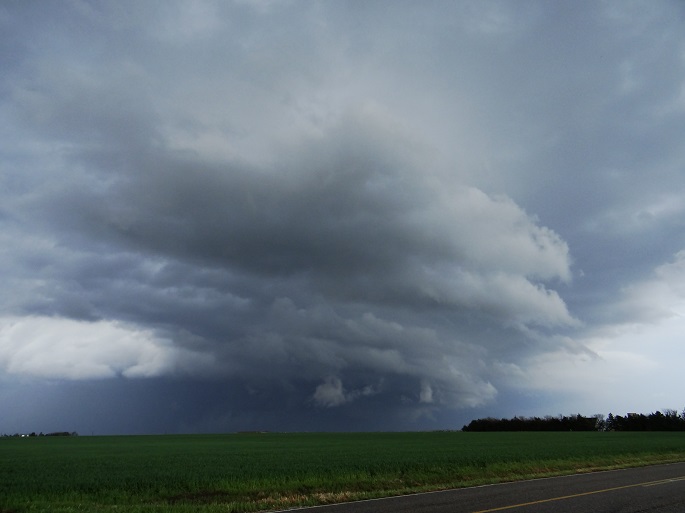 We drove to the east end of Wilson, KS, and saw a large, rotating funnel.  However, the storm was moving quickly, and I only have one awful, grainy photo.  I did not even get a chance to get the vehicle positioned so that everyone could see.  This storm was moving 45 mph + northeast away from us. 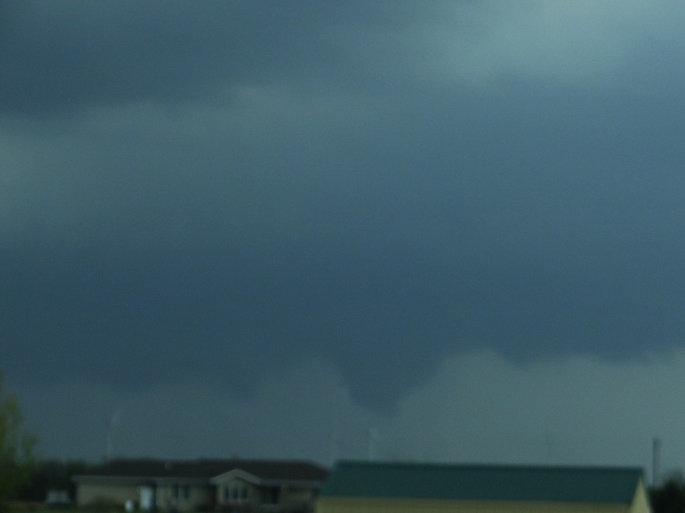 We had few choices.  The fastest option to keep up with the storm would be to get on I-70 and slam east.  However, the hook for this rotating storm was over the interstate.  It would not be safe to get on I-70 and bounce between driving quickly, and then slamming on the brakes as the hail got larger.  Instead, we took a state highway that dipped southeast.

By the time we had reached Ellsworth, the storm was far to our northeast.  On Facebook, I saw that other chasers had caught a giant wedge tornado from this funnel, but it was now out of play for us, nearly 30 miles to our northeast and moving away faster than we could go to catch it.

We nursed our wounds with some gas station pizza and then headed to our hotel, a Quality Inn in Salina, KS.  We played in the indoor pool and called it an early night.

The Storm Prediction Center (SPC) Storm Report Graphic is shown below.  You can see the tracks of reports as these storms remained discrete for much longer. 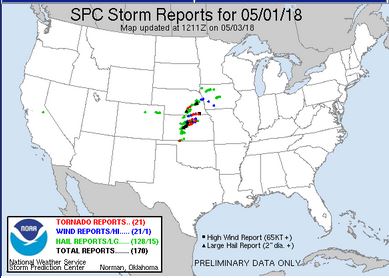 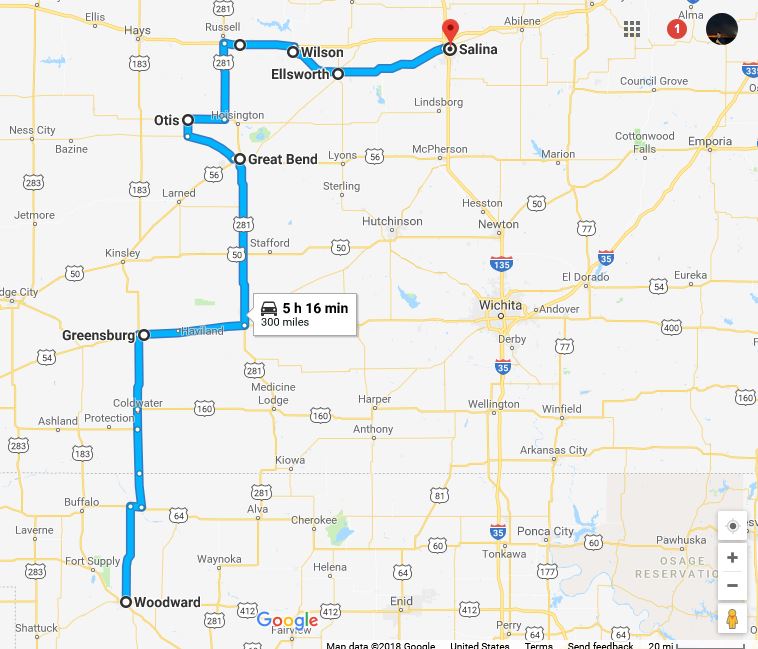