We started our windy day in Amarillo, TX.  Based on the severe threat, I targeted Shamrock, TX, and that seemed to be a good call.

We headed east on I-40, stopping in Erick, OK, and reevaluating the latest model runs and visual satellite data.  We ended up playing at a park near Sayre for an hour or so while we waited for storms to fire.

Eventually, we drove back to Erick, and then dropped south to US-62.  Storms were beginning to fire just across the Texas line.  We drove west towards the storms.  Several storms had formed and were remaining semi-discrete. 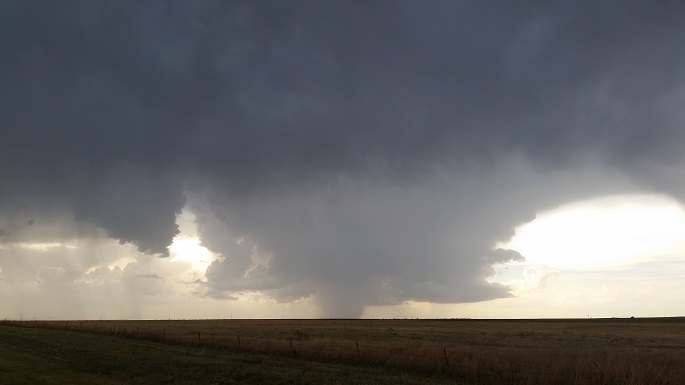 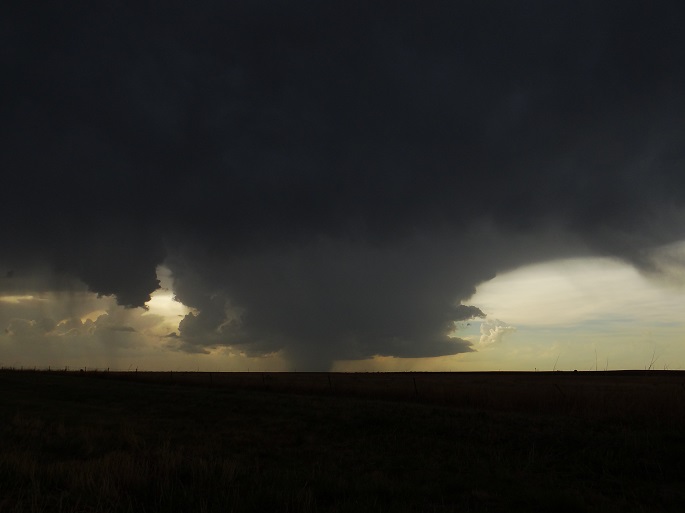 These three cells formed, remained discrete for a bit, but then died with a little subsidence.  Each cell evaporated, one right after another.  All three were briefly severe-warned, but quickly died.

I am not 100% sure what killed these cells.  They rained briefly, but the precipitation core soon became a virga core, then nothing at all.

We headed north, reaching Woodward, OK, soon after dark.  With limited dining options, we had a McDonald’s Dinner before going to our hotel, the Northwest Inn.

The Storm Prediction Center (SPC) Storm Report Graphic is shown below.  There were no tornado reports, once again.  We saw the storms that were producing hail just inside the eastern Texas Panhandle. 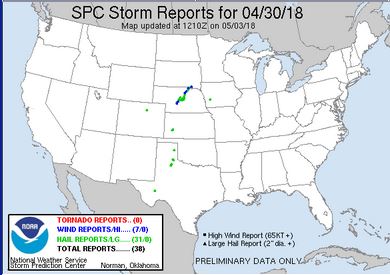 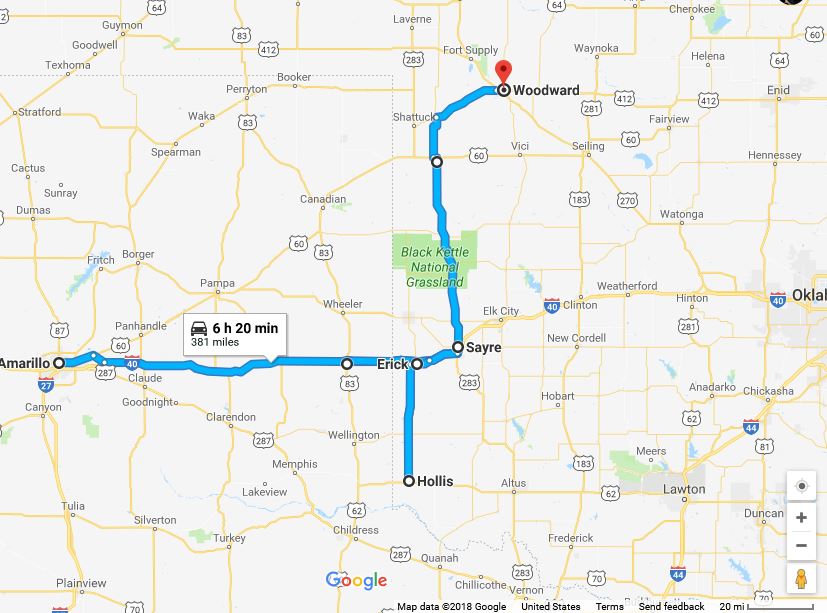