On our first day, we left Magdalena, NM, sometime around 9:30 am.  We picked up our last chaser in Socorro and headed north and east.  Originally, I targeted Tucumcari, NM, so we took I-25 to I-40 and continued east.

We arrived in Tucumcari in the early afternoon, under a few cumulus clouds, well ahead of storm initiation.  Instead, we had lunch in the Lizard Lounge.  The Lizard Lounge featured a mural with lizards with human heads on the beach.  We asked the waitress, and she showed us that each human head was an employee of the restaurant.

About the time we left the restaurant, storms were beginning to form.  We drove south out of Tucumcari to get ahead of a cell that had formed and become severe-warned.  We dropped south behind this cell, but then turned east towards Clovis, NM to try to catch it. 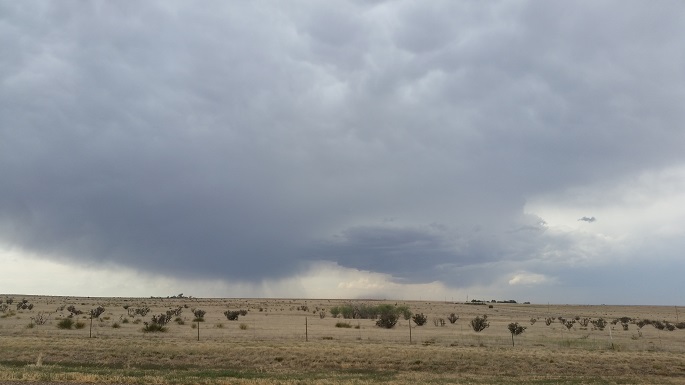 The cell began to move northeast, and we dropped southeast hoping to get in front of it.  However, along the road to Muleshoe, TX, we ran into quite a bit of pea-sized to dime-sized hail, so we stopped and let the storm pass.  Small hail covered the roads anyway, making travel difficult. 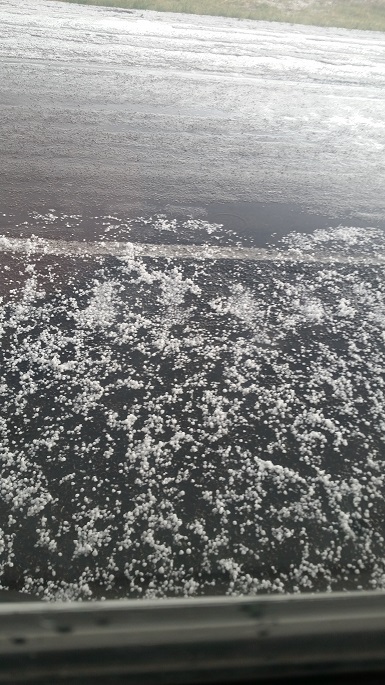 The entire system was becoming linear quickly, as I had expected. The Doppler RADAR loop is shown below.  We are the red dot halfway between Farwell, TX, and Muleshoe, TX.

There was never a place to punch through the line, so we headed north to Amarillo for the night.  We spent an easy, but windy night in the Amarillo Inn and Suites. 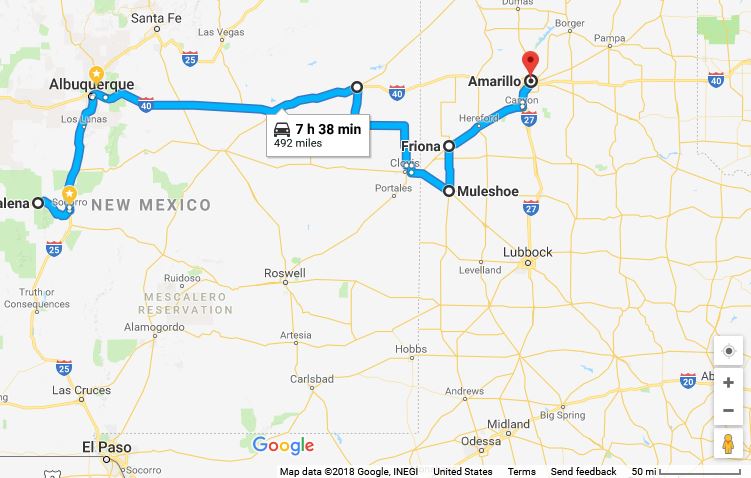 The Storm Prediction Center Storm Reports graphic is shown below.  There were no tornadoes that day, but there was several wind and hail reports.  We thankfully dodged the large hail report (back squares indicate over 2″ diameter hail). 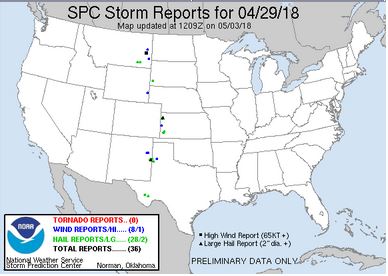