We started the day in Colby, KS, and headed towards the greatest threat of the day, which was in northeastern Colorado.  Originally, we targeted somewhere between Burlington, CO, and Limon, CO.

The Storm Prediction Center (SPC) had issued a Slight Risk for most of northeastern Colorado. 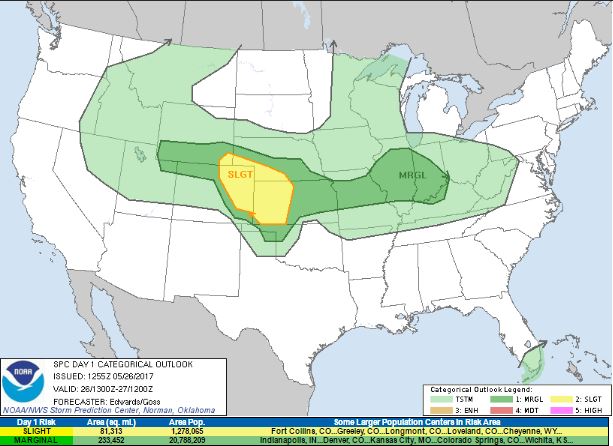 Associated with the Slight Risk was a 2% Tornado Threat Ring: 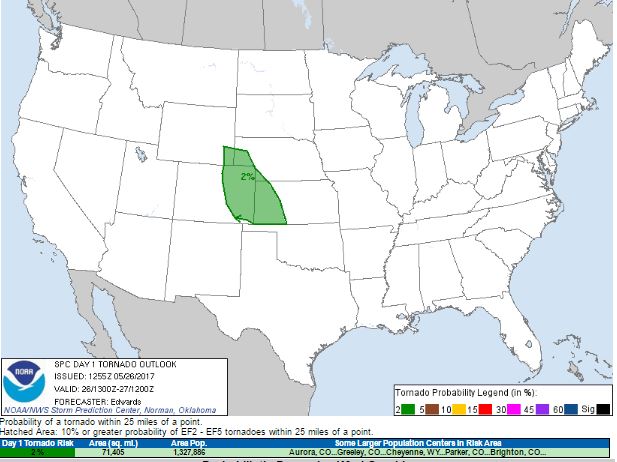 We ended up punching through to Limon, CO, and we hung out until the first cumulus clouds started to show up on RADAR.  With that, we headed north to Last Chance, CO, and evaluated again.  From there, we punched a little farther north, with the first severe thunderstorm warnings getting issued en route.

We pulled over and took a few photos of a few cells embedded in a short line segment of storms, as they moved east. 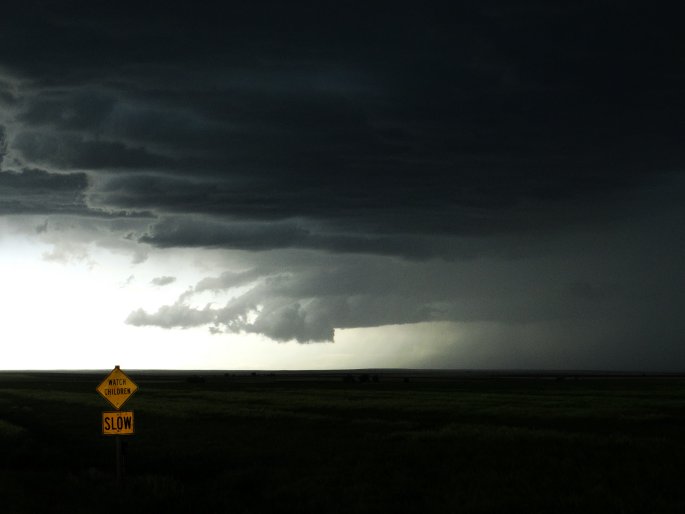 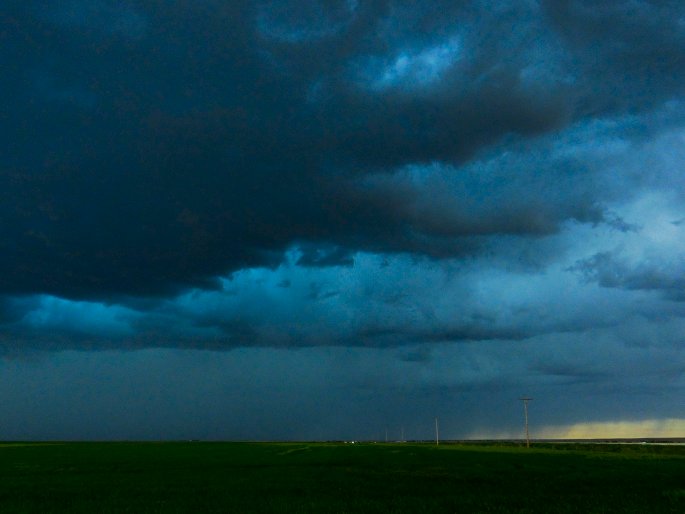 We played tag with this line for several more iterations.  One of these iterations involved me getting hit with  a quick eddy of dust in the face.  This storm was beautiful: 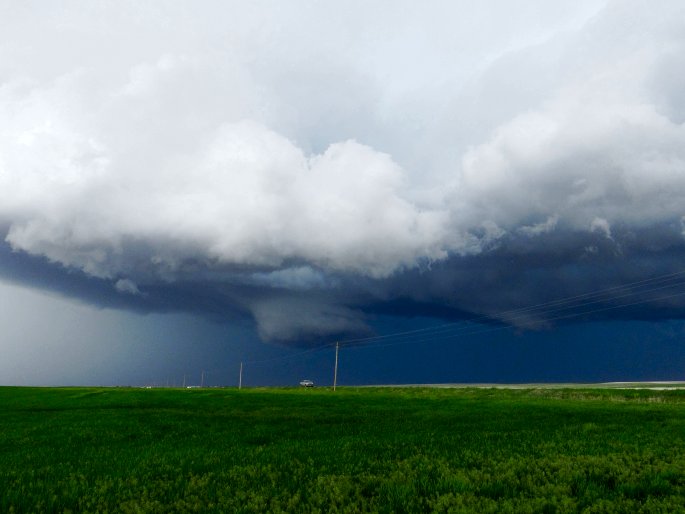 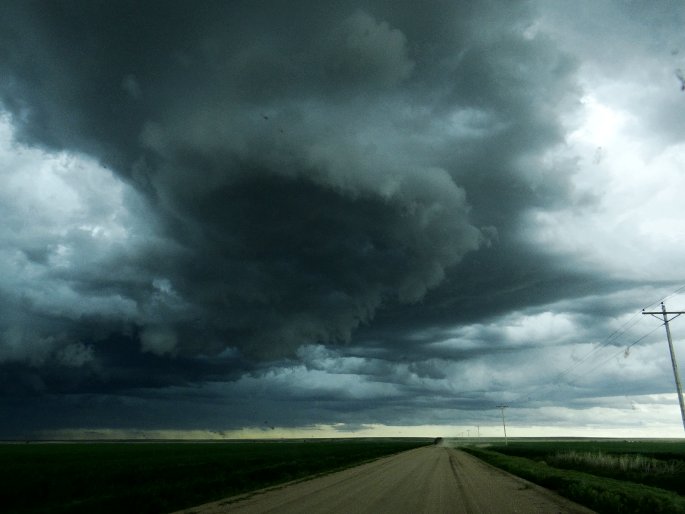 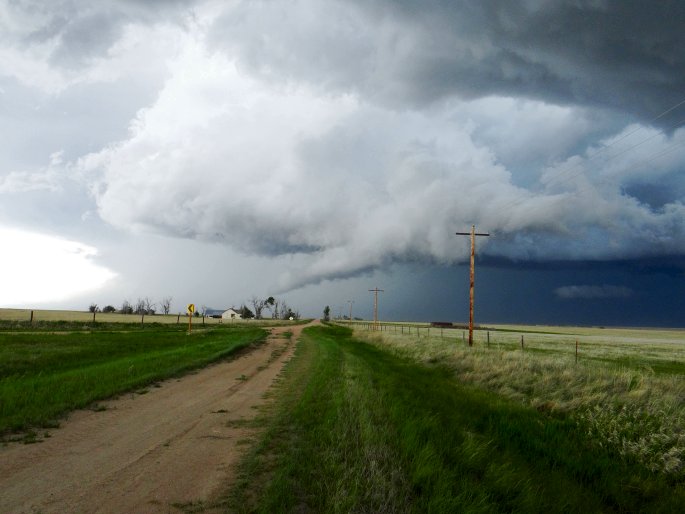 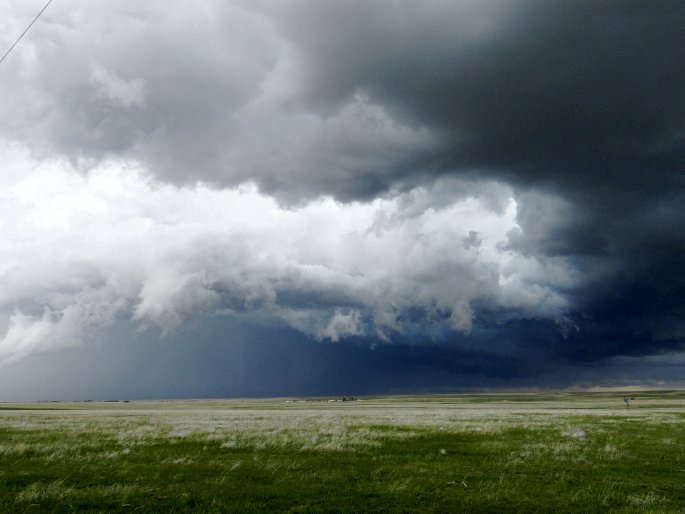 This storm produced quite a few gustnadoes during its cycling: 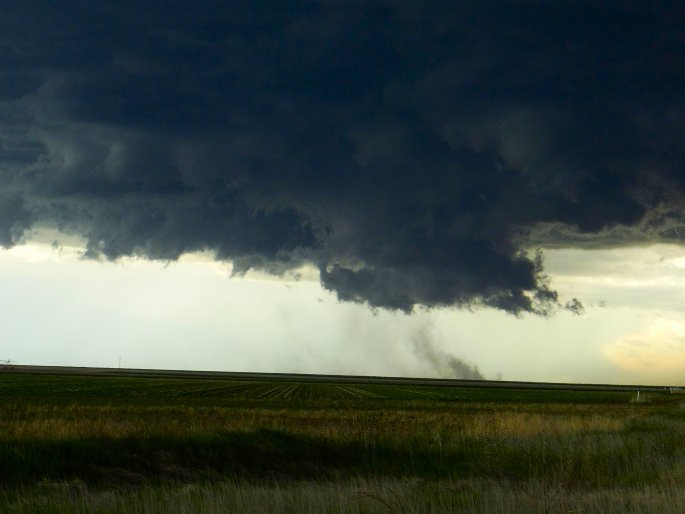 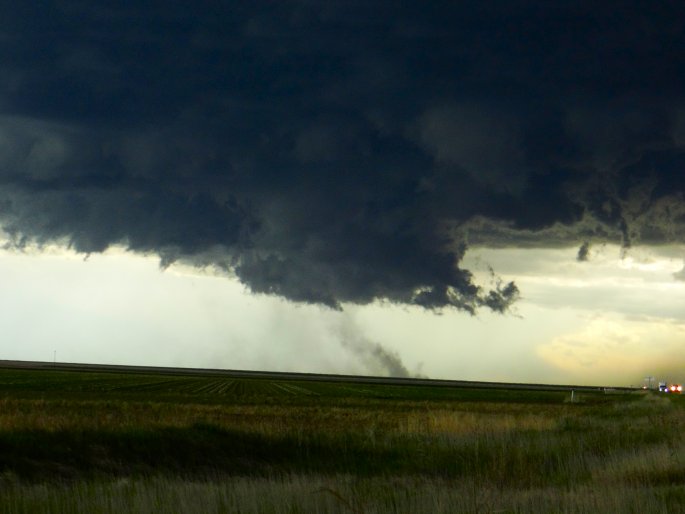 After a while, the storm morphed into a High Precipitation (HP) Supercell mess, even though the dewpoints were in the lower 50’s. 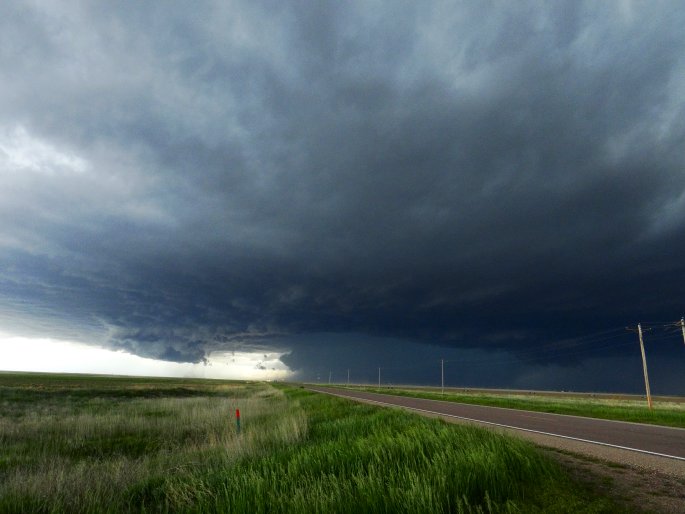 The HP Supercell had a great shelf cloud: 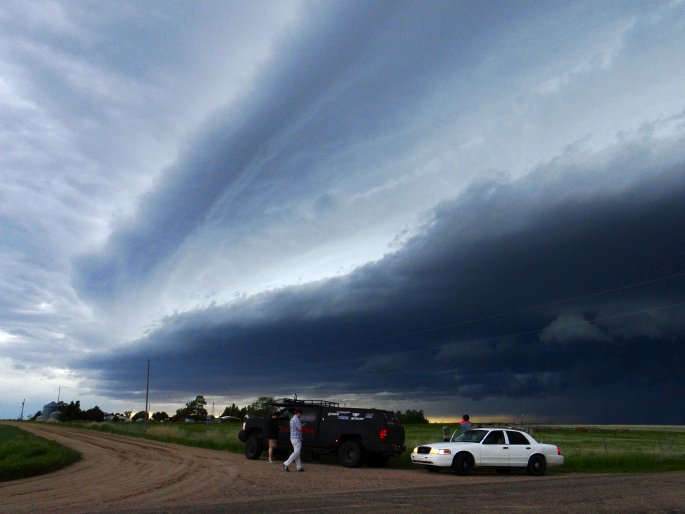 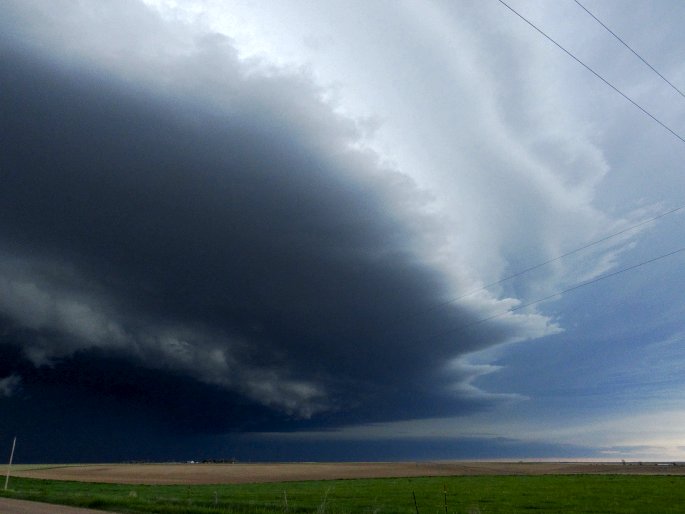 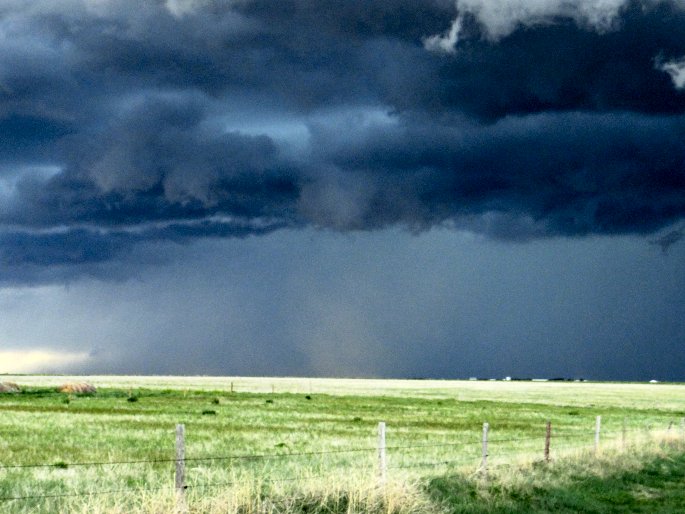 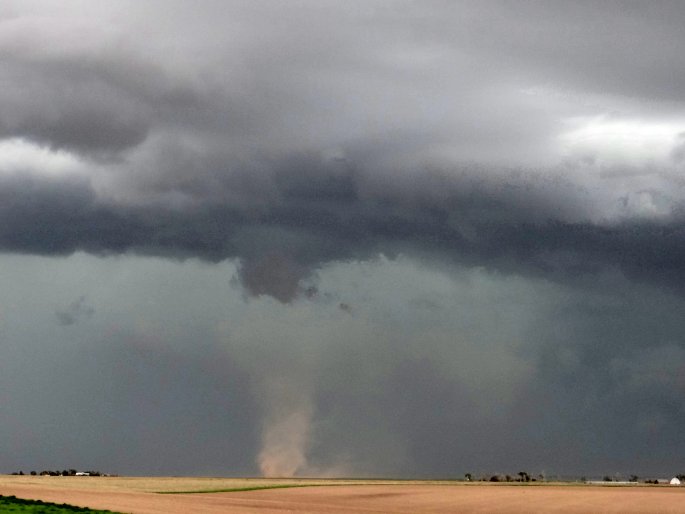 We stopped just inside the Kansas border and watched the storm.  It was going to chase us all night, but we needed to get into position for the following day.  We got ahead of the storm a bit, spending the night in Hays, KS.  However, the storms caught up to us, and we spent part of the night up, listening to the weather radio and watching RadarScope for the warning locations.  I was apparently quoted as saying, “There are multiple tornado warnings west of us, but the storms are only moving like 10 mph.  We can nap for an hour before we have to make any decisions.”

Here is an image of our route: 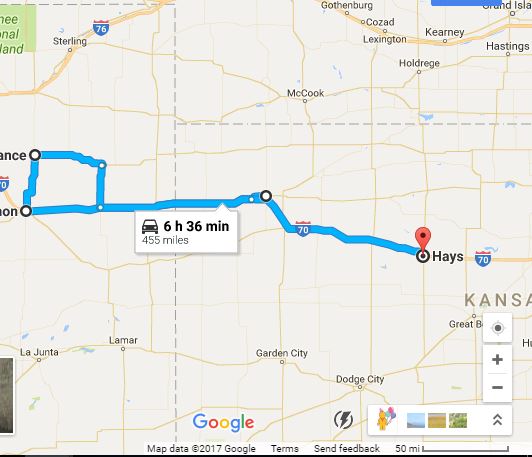 This blog is about my tales in storm chasing. My name is Seth Price and I am an instrumentation instructor at New Mexico Tech. My amateur radio call sign is N3MRA.
View all posts by highplainschasing →
This entry was posted in Chase Account, Photography, Severe Weather and tagged #cowx, #kswx, 2% tornado threat ring, clouds, colorado, meteorology, photography, severe weather, slight risk, storm, storm chase, weather. Bookmark the permalink.