Yesterday, we knew that our threat was to the northwest, and that we would return to Amarillo.  Because of this, we did not check out of the hotel.  Given that we were returning to the same spot and were planning on chasing dirt roads and a hail threat, we kept the Crown Vic parked and all piled into this beast: 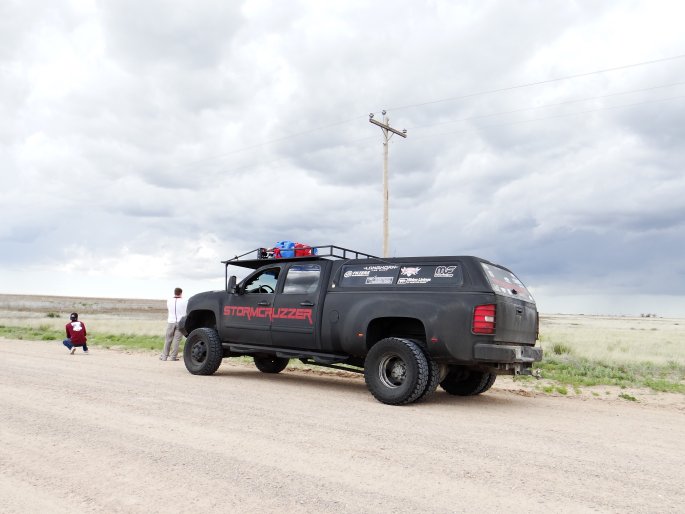 We went northwest from Amarillo on US-287 to Dumas, and then into southeastern Colorado.  Our logic was that there was a bubble of 1000 J/kg Convective Available Potential Energy (CAPE) and decent shear, though the moisture was lacking everywhere.

The Storm Prediction Center (SPC) had issued a Marginal Risk for the area, with less than a 2% chance of tornadoes. 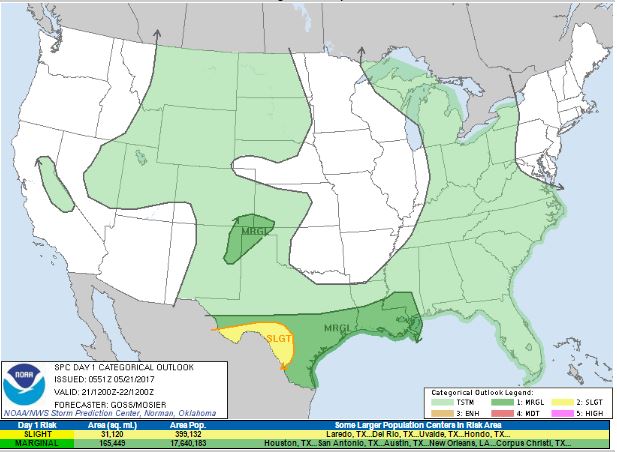 Along the way (Dalhart, TX), we saw some developing cumulus.  This was a good sign that there was at least some moisture present. 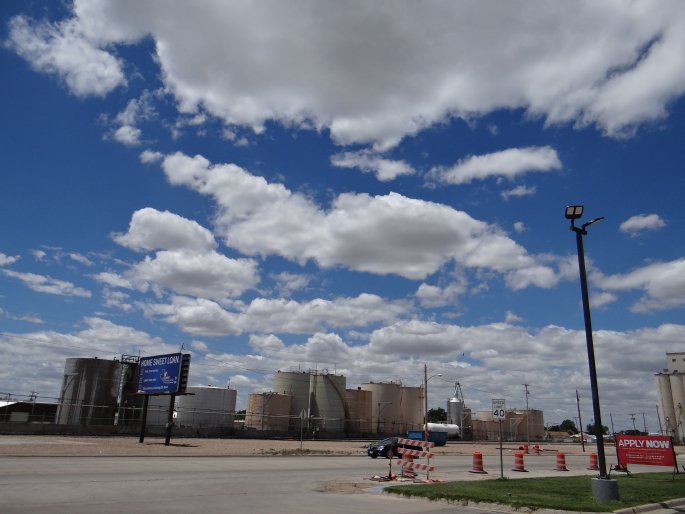 We left Campo, CO and headed west on the dirt roads for a small line of storms, which became severe-warned for hail and wind. 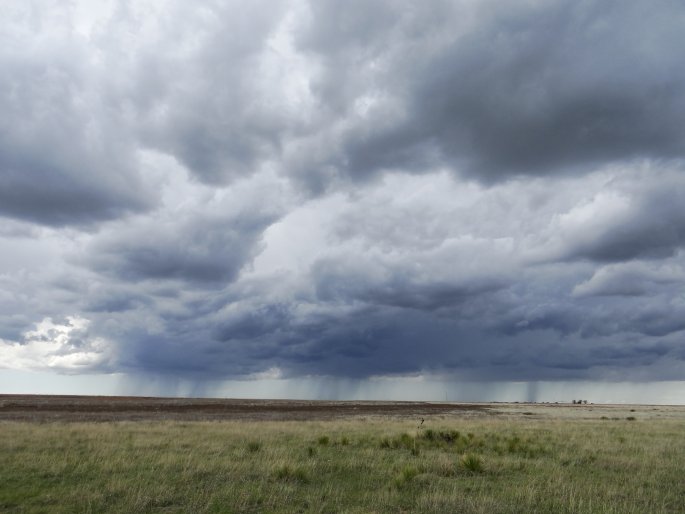 The chase crew bailed out and watched the storm.  There will be some time-lapse video available at a later date. 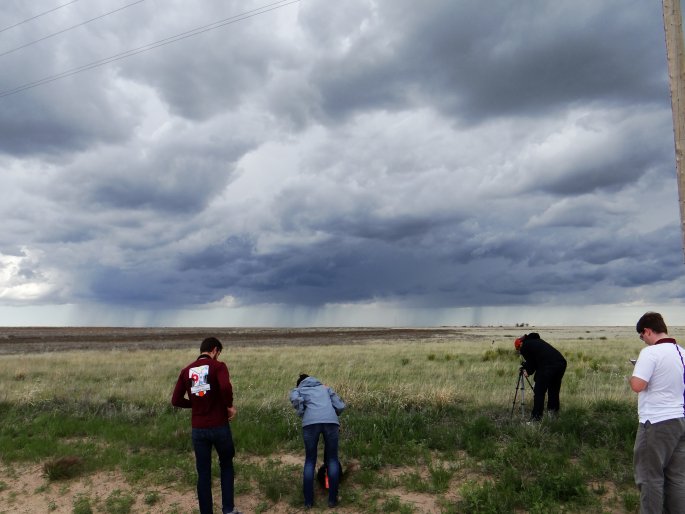 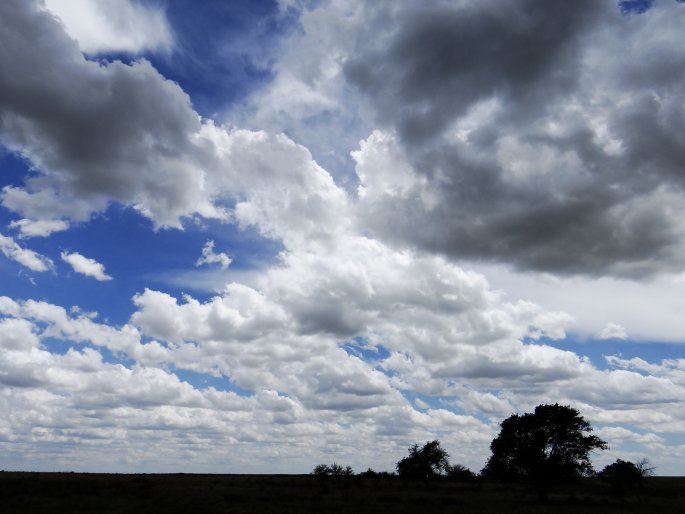 This line cycled several times, with the western-most cell being the strongest.  This line was moving incredibly slow as well, so we spent several hours watching it. 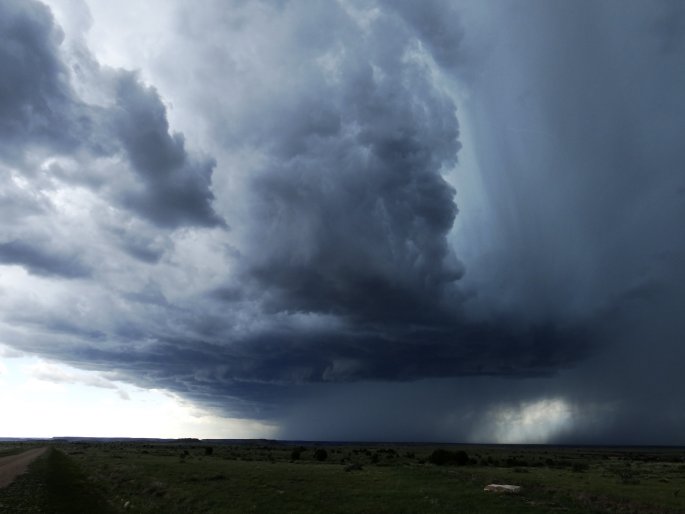 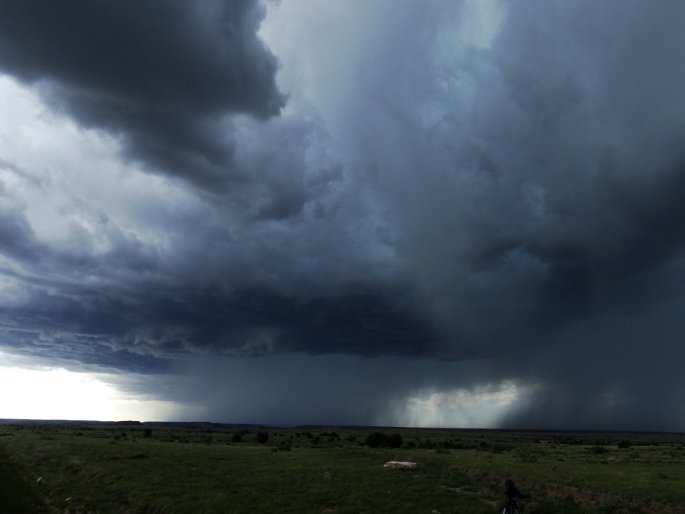 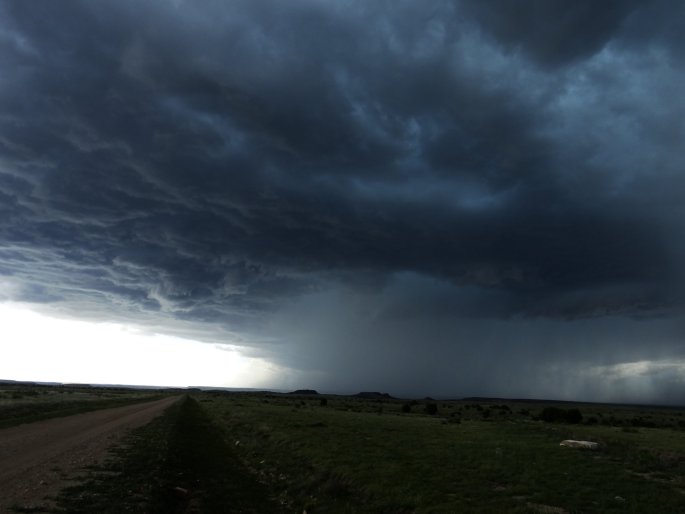 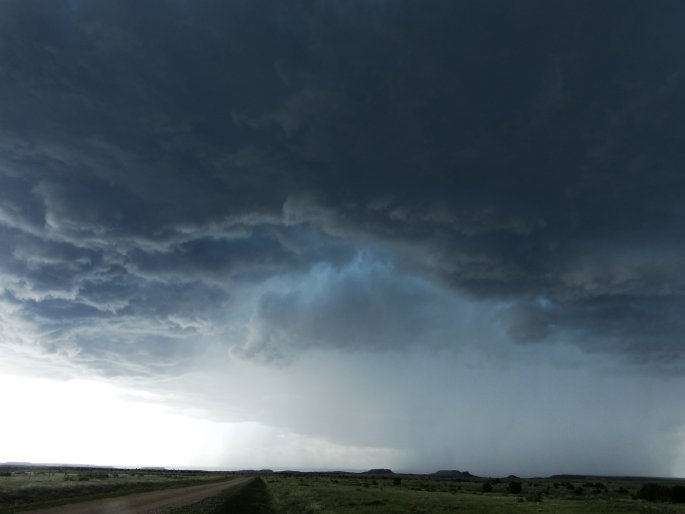 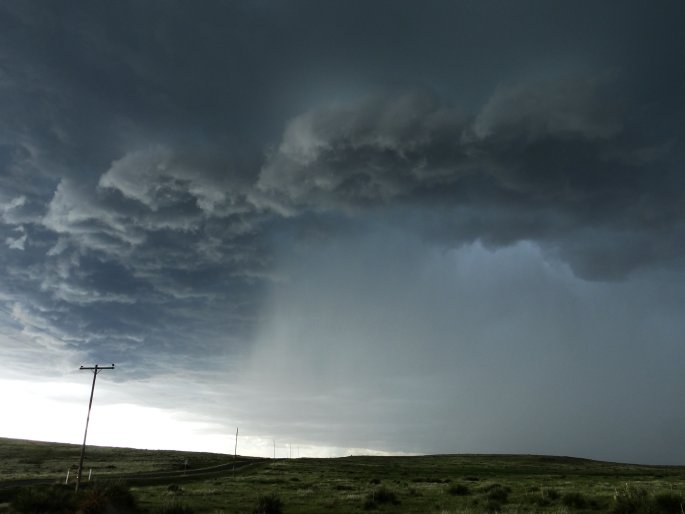 After that, we drove back to Amarillo and had a relatively easy night.

This blog is about my tales in storm chasing. My name is Seth Price and I am an instrumentation instructor at New Mexico Tech. My amateur radio call sign is N3MRA.
View all posts by highplainschasing →
This entry was posted in Chase Account, Photography, Severe Weather and tagged meteorology, photography, severe storm, storm, storm chase, weather. Bookmark the permalink.