On Friday, we left Enid trying to get as far southwest as possible.  The Storm Prediction Center (SPC) had issued an Enhanced Risk for south-central Oklahoma and north-central Texas:

Associated with the Enhanced Risk was a 5% Tornado Threat Ring:

An important point with SPC risks:  they highlight risks, not necessarily chase-able storms.  This was the case with the storms that would form today.

We spent the day getting to the southwestern corner of this area, as most of this risk area was issued for the Mesoscale Convective System (MCS, an unchaseable blob), not for discrete supercells.  Our best bet for supercells was southwest, where the moisture would not be cut off by the developing MCS.

Originally, we targeted Chickashaw, OK, to reevaluate, but decided to keep moving.  We ended up going south out of Childress, TX.

A bunch of discrete cells began to pop up to our west, but they quickly fell apart.  To our south, a line of semi-discrete cells had formed and become severe warned.  When we reached the town of Ballinger, we found a weak spot in the hail cores, and charged south to punch ahead of the southwestern-most cell.  However, part of the way down the road, there started to be nickel-sized hail.  The truck, with its hail shields, punched through, but we turned around and went back to Ballinger.

At this time, I’d like to mention that all of this area south of Childress is data-dead.  We lost radio contact with the truck, and so we switched over to the weather radio and looked for another path.  We drove east and got ahead of the second southwestern-most cell, and then headed south, running through heavy precipitation, but no large hail.

The storm went severe warned, and then tornado warned.  A ragged wall cloud formed, but we saw no tornado. 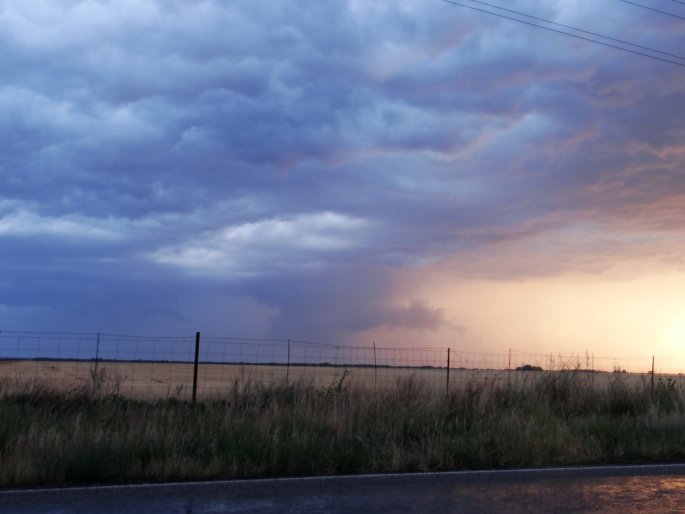 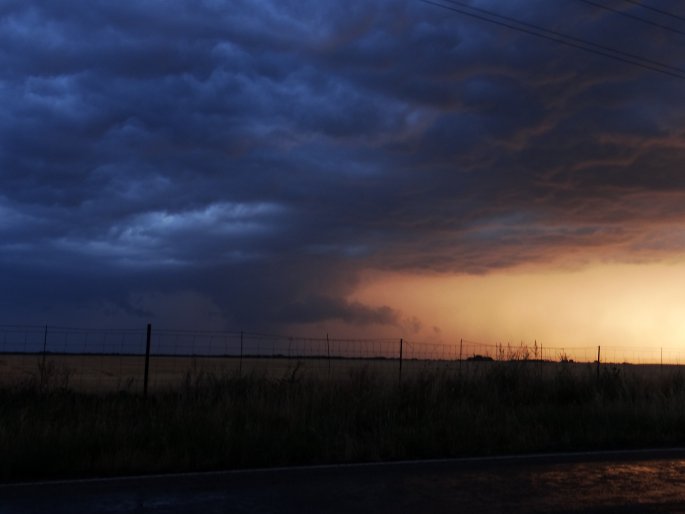 As the sun began to set, we stopped and attempted some lightning photography. 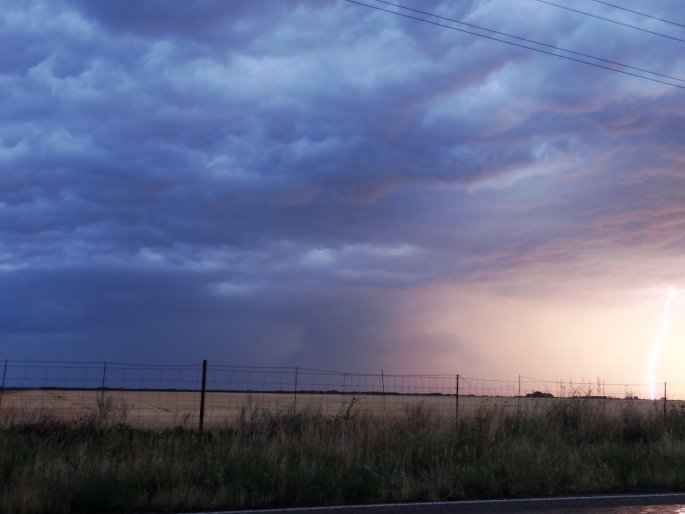 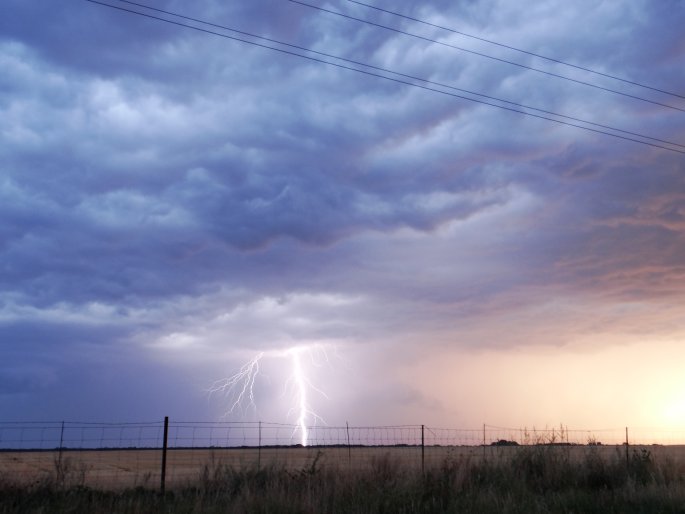 We dropped south, out of all of these storms and began looking for a hotel in Brady, TX.  However, there was still no internet, and no contact from the truck.  We reasoned that if they had punched through, they would probably end up in Brownwood, TX.  We decided to head north ahead of the lead cell to get there.

Along the way, we saw an amazing lightning show and a lightning illuminated shelf cloud, none of which I photographed.  I did have to drive incredibly slow with the straight line winds and driven rain.  It went severe warned for wind just behind us, so we went through the worst of it.

We arrived in Brownwood, and met up with the truck.   We made radio contact a few minutes out of Brownwood and had it the rest of the time, though we still had no data.  We went to Eastland for the evening and stayed at the Super 8.

It was a long day in the car, but I didn’t realize how long.  Google said 11:21 along our route, minus the stops and slowing down for the wind and doubling back that we do for storms. 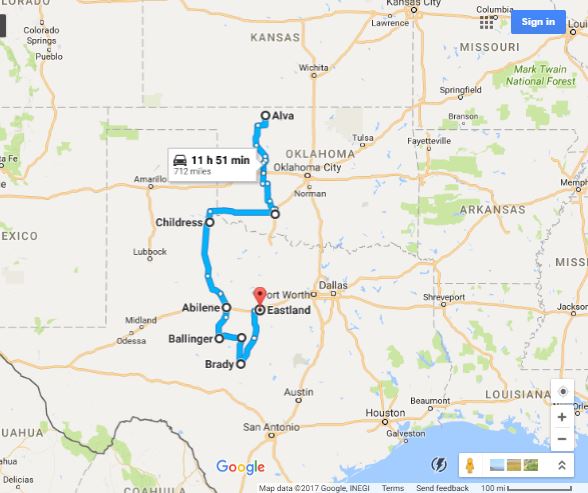 This blog is about my tales in storm chasing. My name is Seth Price and I am an instrumentation instructor at New Mexico Tech. My amateur radio call sign is N3MRA.
View all posts by highplainschasing →
This entry was posted in Chase Account, Severe Weather and tagged #txwx, meteorology, severe storm, storm chase, Texas, weather. Bookmark the permalink.