The Storm Prediction Center (SPC) had issued a High Risk for severe weather.

Associated with the High Risk was a 30% Hatched Tornado Threat Ring:

We drove south to Alva, OK, and refueled.  There was a little sun poking through, the dewpoint was rising into the upper 60’s, and the temperature had begun to rise.  The winds were from the southeast as well, so some signs were beginning to look good.

We went south, and a few cells began to fire to our southwest.  We turned west and headed towards the first cell.  We couldn’t see into the cell, so we punched north, and then back east to Alva.

At Alva, we tried to stop at the Love’s, but they had closed for the severe weather.  Here was a radar image as the cell approached Alva. 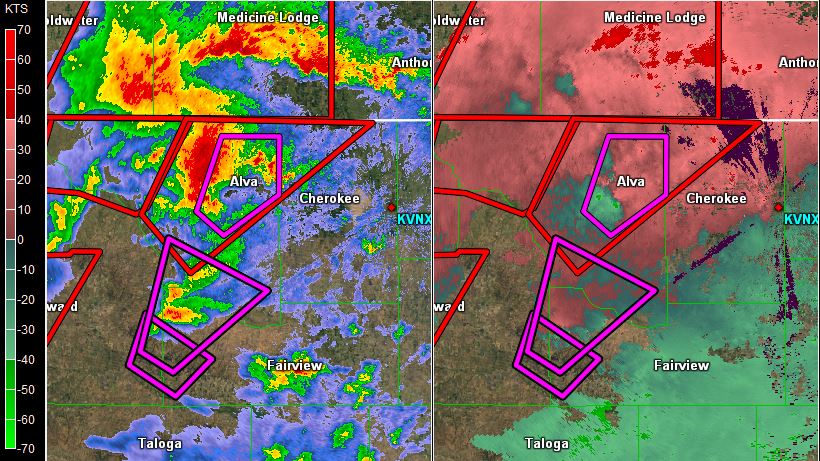 We headed through the small town of Carmen, OK.  From there, we saw a funnel cloud.  I couldn’t see the funnel all the way to the ground, but photos online show that it was a confirmed tornado. 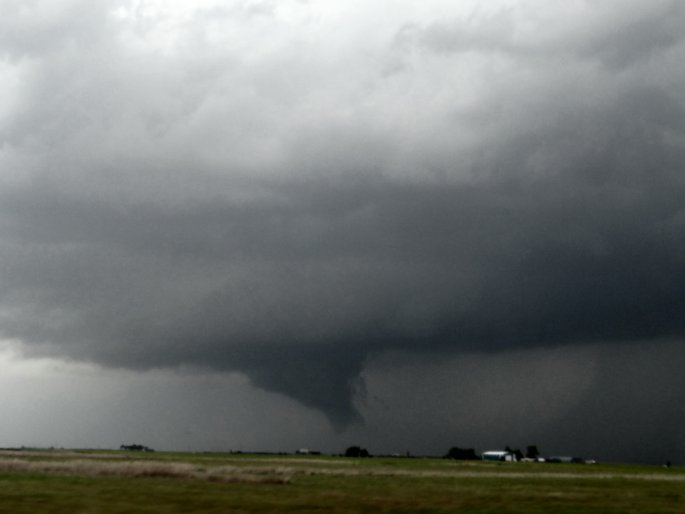 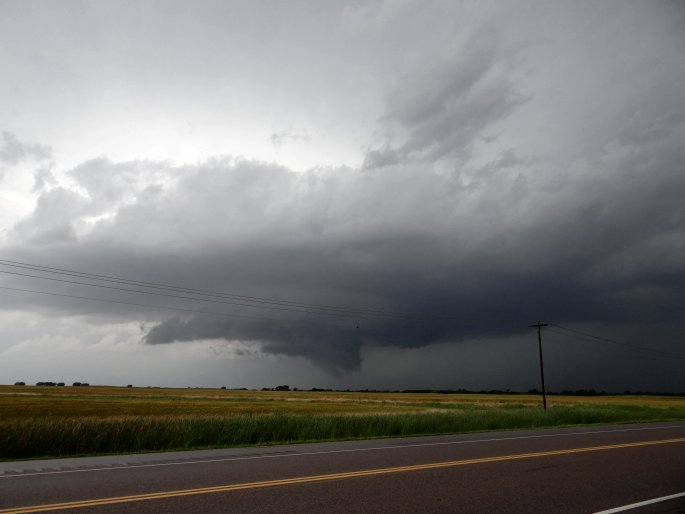 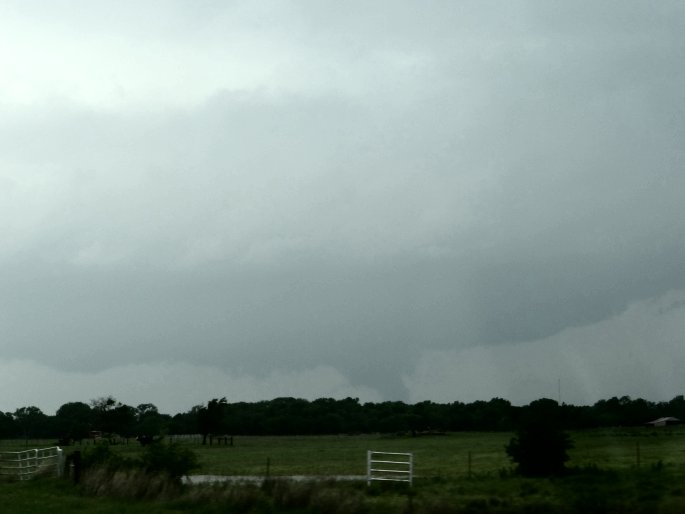 We went back through Alva, yet again, and then went east and tracked a few more cells.  However, the atmosphere was too volatile, and storms turned into a mess very quickly. 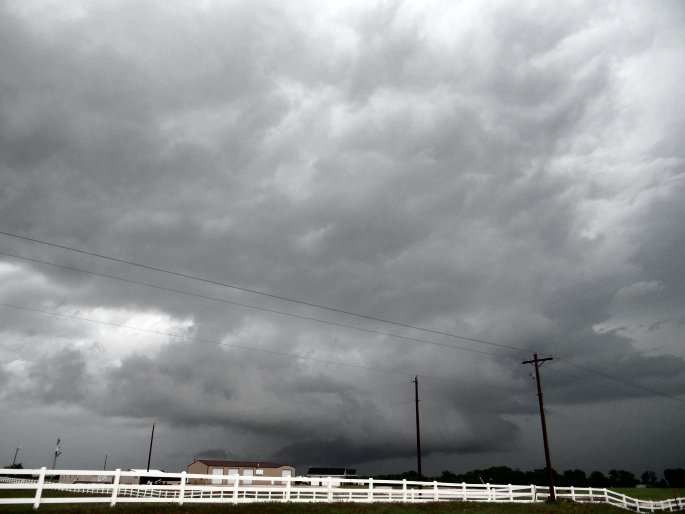 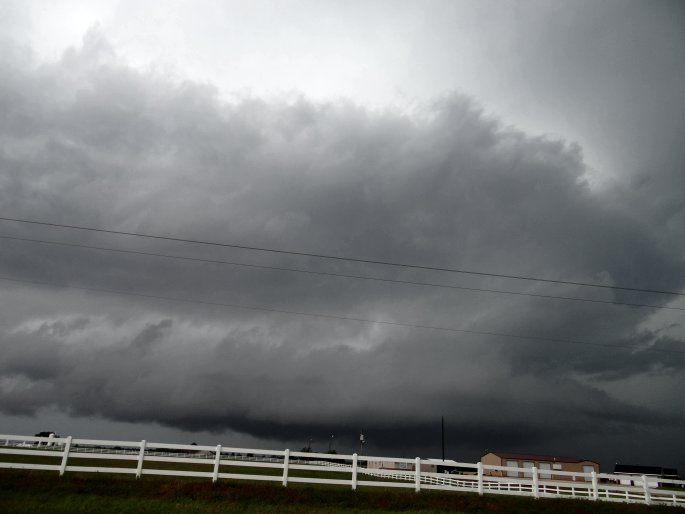 We did have a great opportunity to get ahead of a monster shelf cloud and take a few photos. 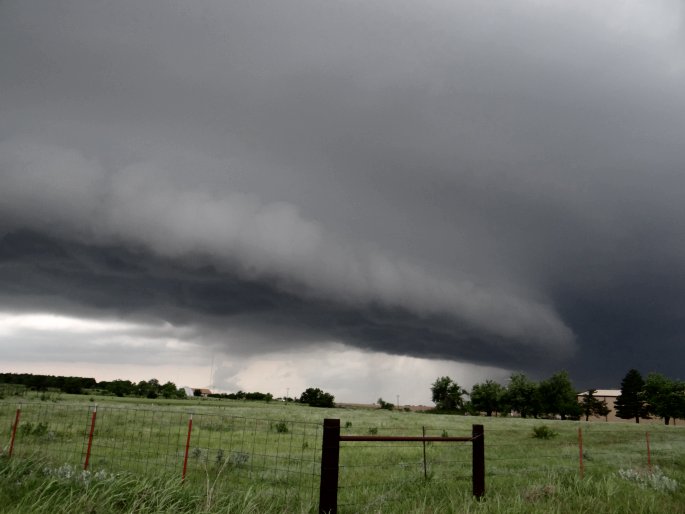 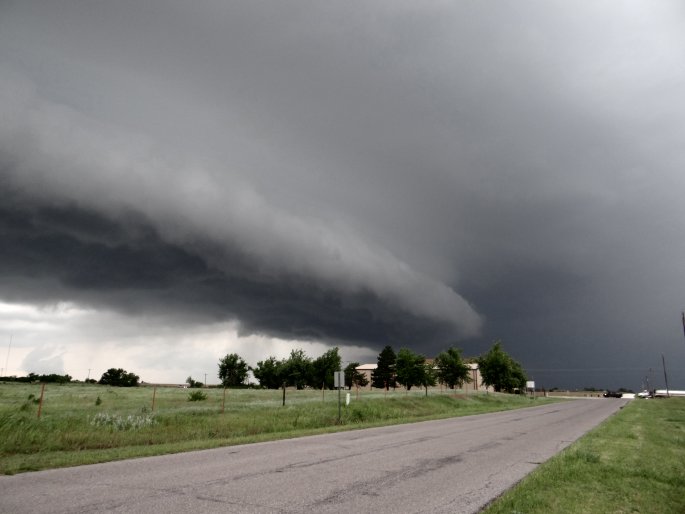 We ended up going to Enid, OK, and caught the mammatus at sunset. 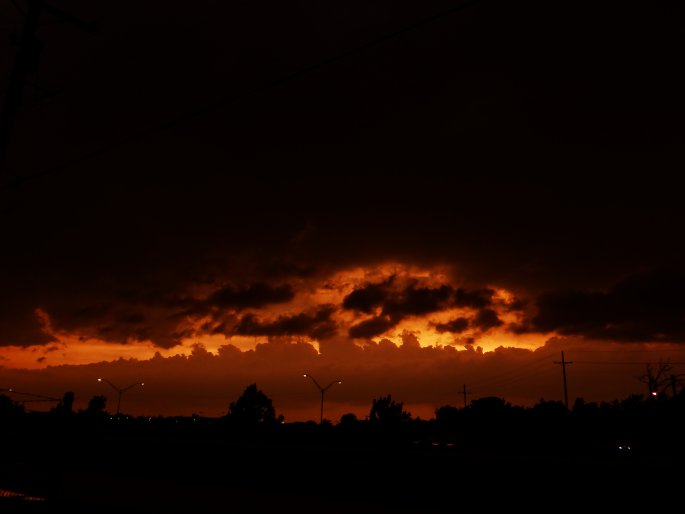 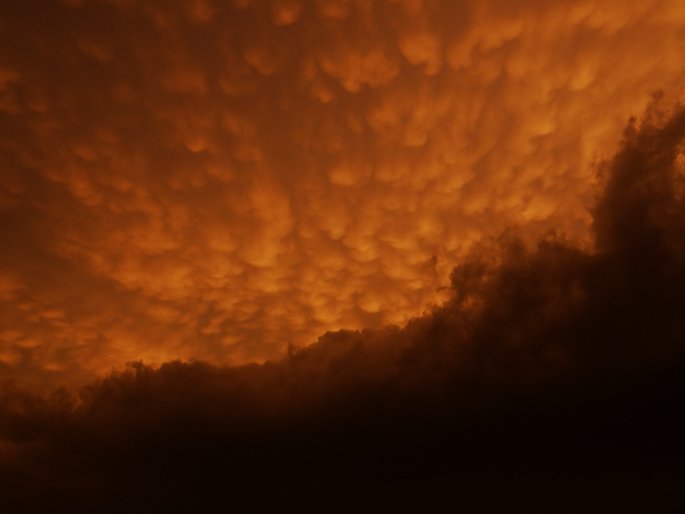 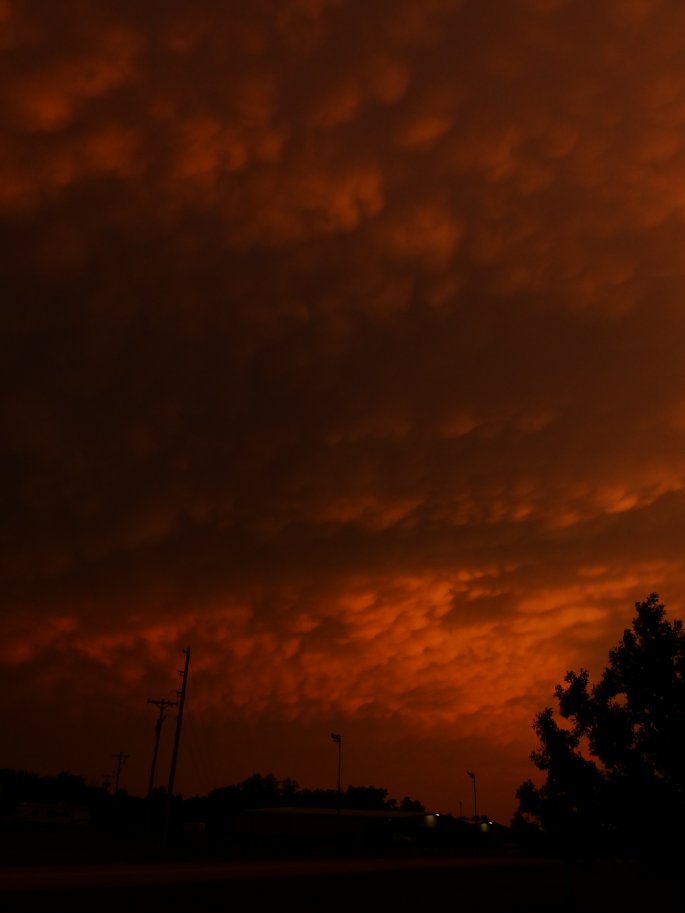 Our route is shown (roughly) in the map below.  We made lots of squares and passed through Alva a bunch of times.

I am running behind on my posts due to lack of internet and data.  I will try to post again soon.

This blog is about my tales in storm chasing. My name is Seth Price and I am an instrumentation instructor at New Mexico Tech. My amateur radio call sign is N3MRA.
View all posts by highplainschasing →
This entry was posted in Chase Account, Radar Imagery, Severe Weather and tagged #okwx, 30% hatched tornado ring, Alva, funnel, high risk, Loves, mammatus, meteorology, oklahoma, storm, storm chase, tornado, weather. Bookmark the permalink.