Yesterday was a travel day, as we decided not to pursue the Iowa threat in favor of staying south and chasing the threat today and tomorrow instead.

We spent a little time touring Oklahoma City.  It ended up being a somber morning, as we started out the day by visiting the Oklahoma City Bombing park: 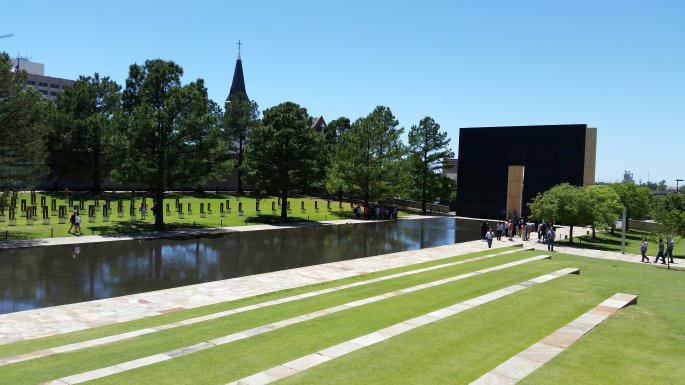 After that, we visited the TWISTEX memorial.  The TWISTEX team, which consisted of Tim Samaras, Paul Samaras (Tim’s son), and Carl Young were killed chasing storms in 2013.  Tim was a pioneer in chasing storms and developing meteorology instrumentation.  He was an incredibly safe chaser, too, so his death was a shock to the storm chasing world. 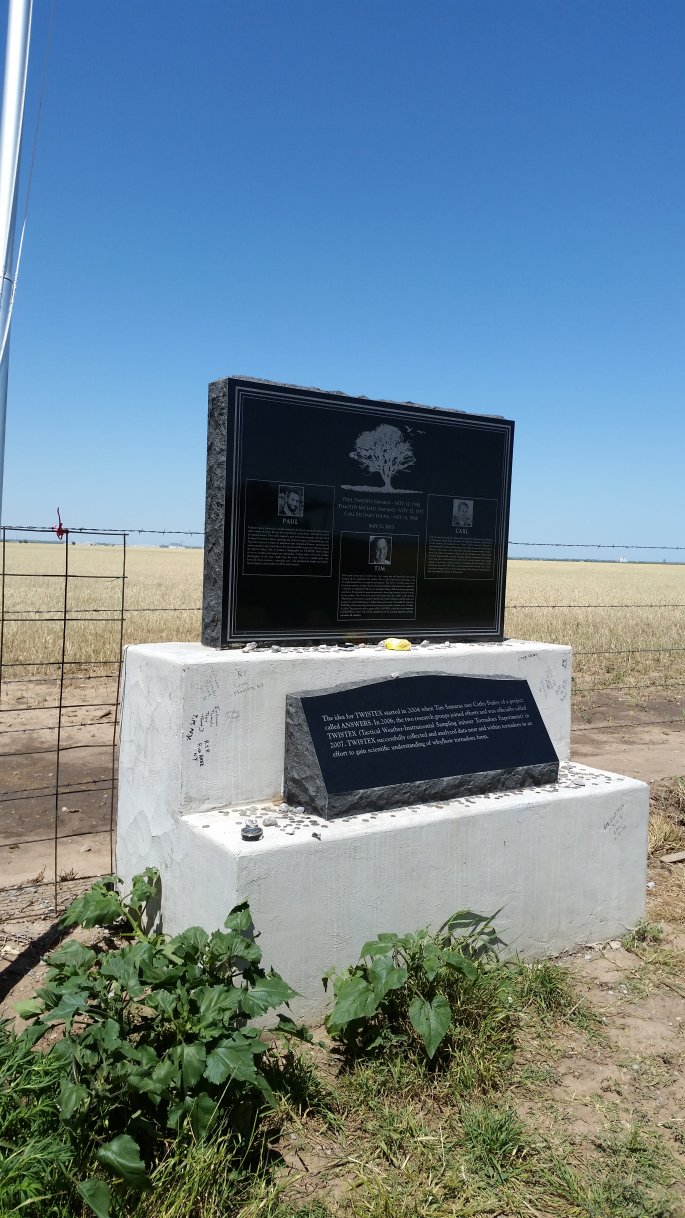 Today, however, will be an active day.  Stay tuned.

This blog is about my tales in storm chasing. My name is Seth Price and I am an instrumentation instructor at New Mexico Tech. My amateur radio call sign is N3MRA.
View all posts by highplainschasing →
This entry was posted in Chase Account and tagged meteorology, OKC, Oklahoma City, Oklahoma City Bombing, storm, storm chase, TWISTEX, weather. Bookmark the permalink.