I will fill in more details and a few photos about this day and every other storm chase day on this trip.  I am currently on the road back to New Mexico.

Yesterday, we started the day in Dodge City, KS.  The threat was much farther east, and was a Marginal Risk, according to the Storm Prediction Center.

Associated with the Marginal Risk was a large 2% Tornado Threat Ring:

We made a quick trip into the gridded, dirt road network near Dodge City, and found several examples of tornado damage in the fields. Many irrigation pivots were knocked over, and paths of wheat were knocked down. Those by themselves don’t necessarily mean tornado damage, but it was in the area where we had seen the tornadoes the day before. 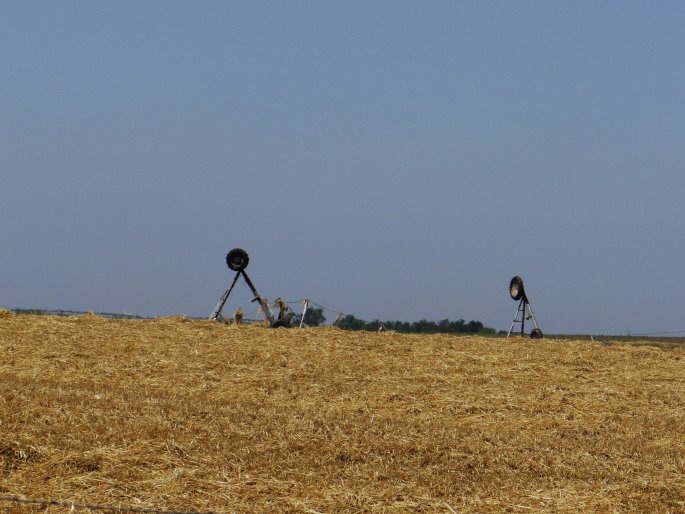 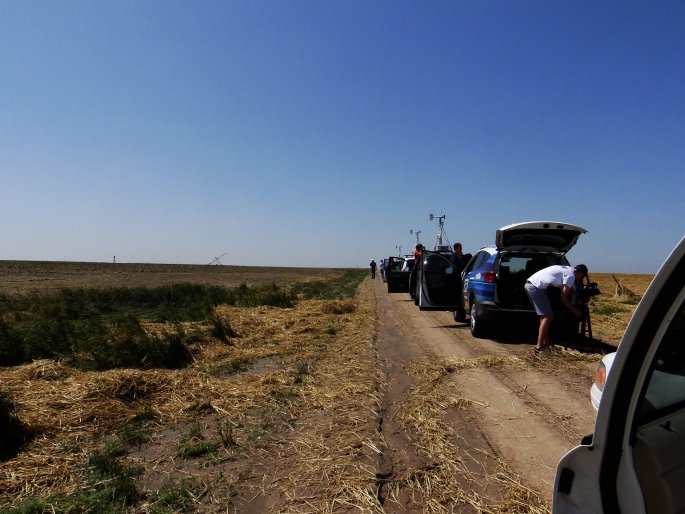 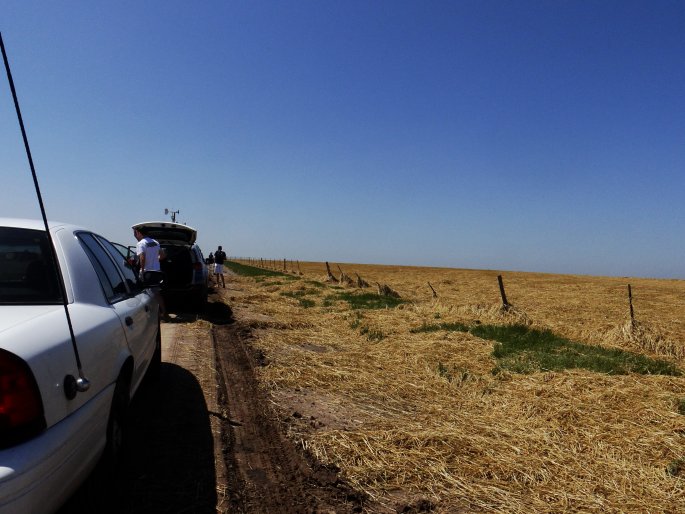 After that, we decided to chase the Marginal Risk near McPherson, KS.  It had increased to a Slight Risk on our way there.

We arrived at a Love’s in McPherson.  There was a cell firing to our southeast, and nothing to the north.  We decided to chase the southeast cell.

Soon after we arrived, it died.  The north developed into a tornado that was on the ground for over an hour and a half, and unfortunately damaged 25 homes. 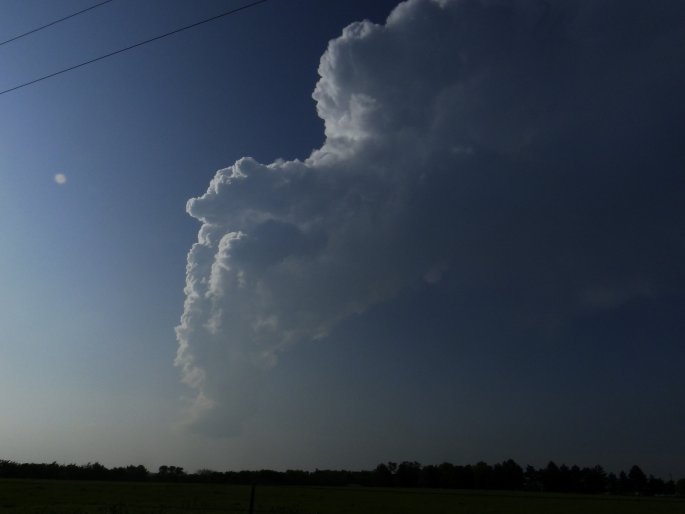 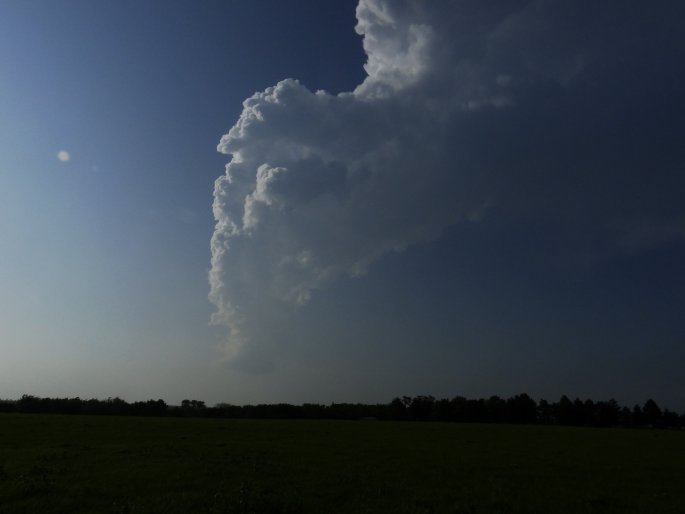 This dying cell signified the end of the trip for the Virginia Tech students. We said our goodbyes, and they headed east, while I headed towards Wichita for the night.

Wichita had no hotels that did not have reviews speaking of bed bugs, and it also had no truck stops. I slept in my car in a gas station parking lot.

This blog is about my tales in storm chasing. My name is Seth Price and I am an instrumentation instructor at New Mexico Tech. My amateur radio call sign is N3MRA.
View all posts by highplainschasing →
This entry was posted in Chase Account and tagged #kswx, #stormchase, #weather, #wx, meteorology, storm chase, weather. Bookmark the permalink.