Yesterday, I woke up a little later than I had wanted. I was also a little less prepared than I had needed to be.

The Storm Prediction Center (SPC) had issued a Slight Risk for much of the High Plains.

Associated with the Slight Risk was a 5% Tornado Threat Ring in western Kansas.

My original target was Garden City, KS, though in the back of my mind, I knew I couldn’t make it there in time.

I packed up the car and then opted to go north on I-25 instead of east on I-40, with my new target of Guymon, OK. There would be storms, and the potential for discrete supercells was greater farther north and east, and I just needed to get that direction. I took I-25 to Springer, NM, and then drove east on US-56. Along this road, I started to see the cumulus field that marked the edge of the dryline. Until this point, the weather had been completely sunny, windy and dry. 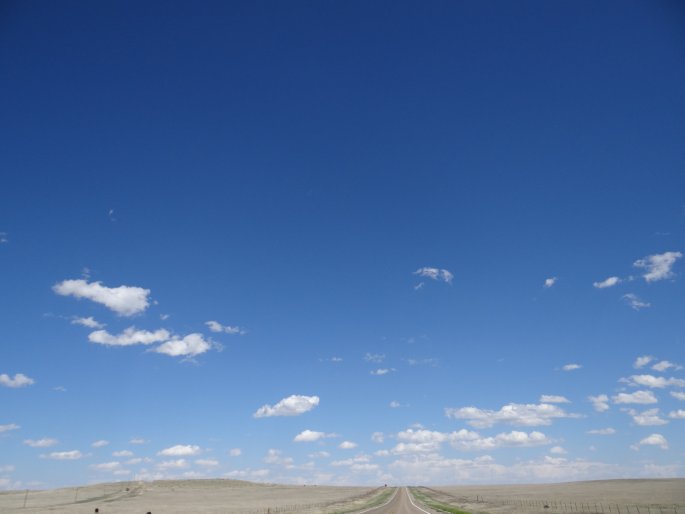 The visible satellite imagery shows the cumulus clouds developing just ahead of the dryline. (This was Satellite Image of the Week #21):

Eventually, I could make out the outline of an anvil for a storm that had formed over the Texas Panhandle. The cell had a good backshear, and had become severe warned. The biggest problem was that I was northwest of it, which is the worst place you can be, as it is very difficult to get around a cell like this. If you run north and then east, you risk getting cut off by the expanding precipitation core. If you run south and then east, you can get caught by the flanking line. 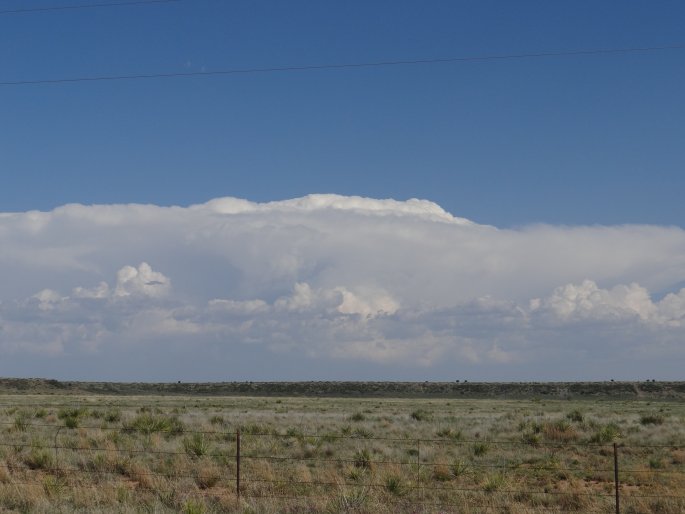 I passed through Clayton, NM, and stopped to refuel in Boise City, OK. I had debated turning southeast at Clayton to catch the northwest Texas storm, but I didn’t think I could cut in front of it in time. Instead, I continued to Boise City, then took US-287 southeast, stopping again in Stratford, TX. Here is a radar image from soon after I left Boise City. 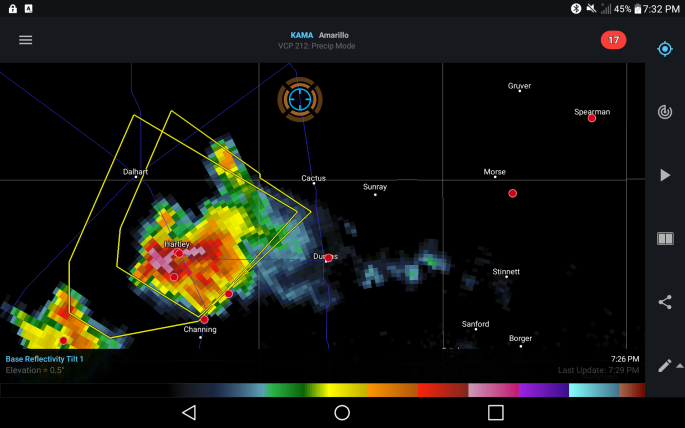 I decided to continue south through Cactus, TX, running through a little rain, but no hail. The storm was severe-warned at this time, producing golf-ball sized hail and quarter-sized hail that covered the road near Hartley, TX, along US-385. Here is a photo, from under a non-severe, disorganized cell, looking at the Hartley cell: 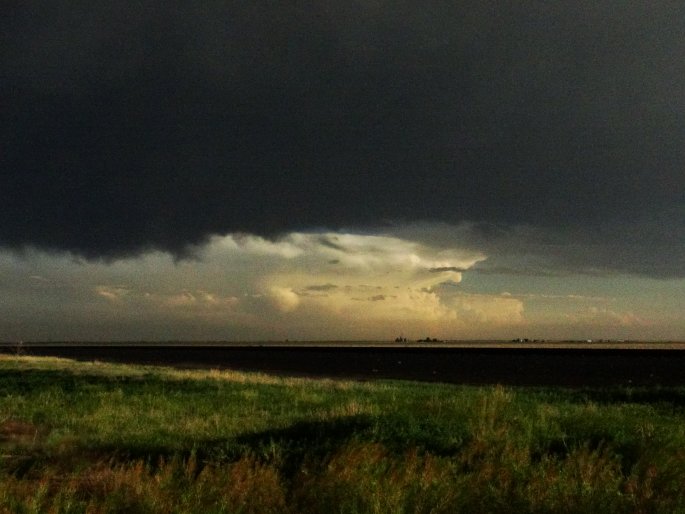 At Dumas, TX, I turned west. This cell had all but stopped moving, dumping torrential rains and hail near Hartley. I had traveled almost 100 miles, and the storm had barely moved 20. With such a slow-moving storm, approaching it became a little easier. The base reflectivity radar image makes it look like I core-punched a severe storm. I believe this storm was no longer severe as I drove through it, and that my radar app did not update the warning status. It was barely even raining when I passed through it. 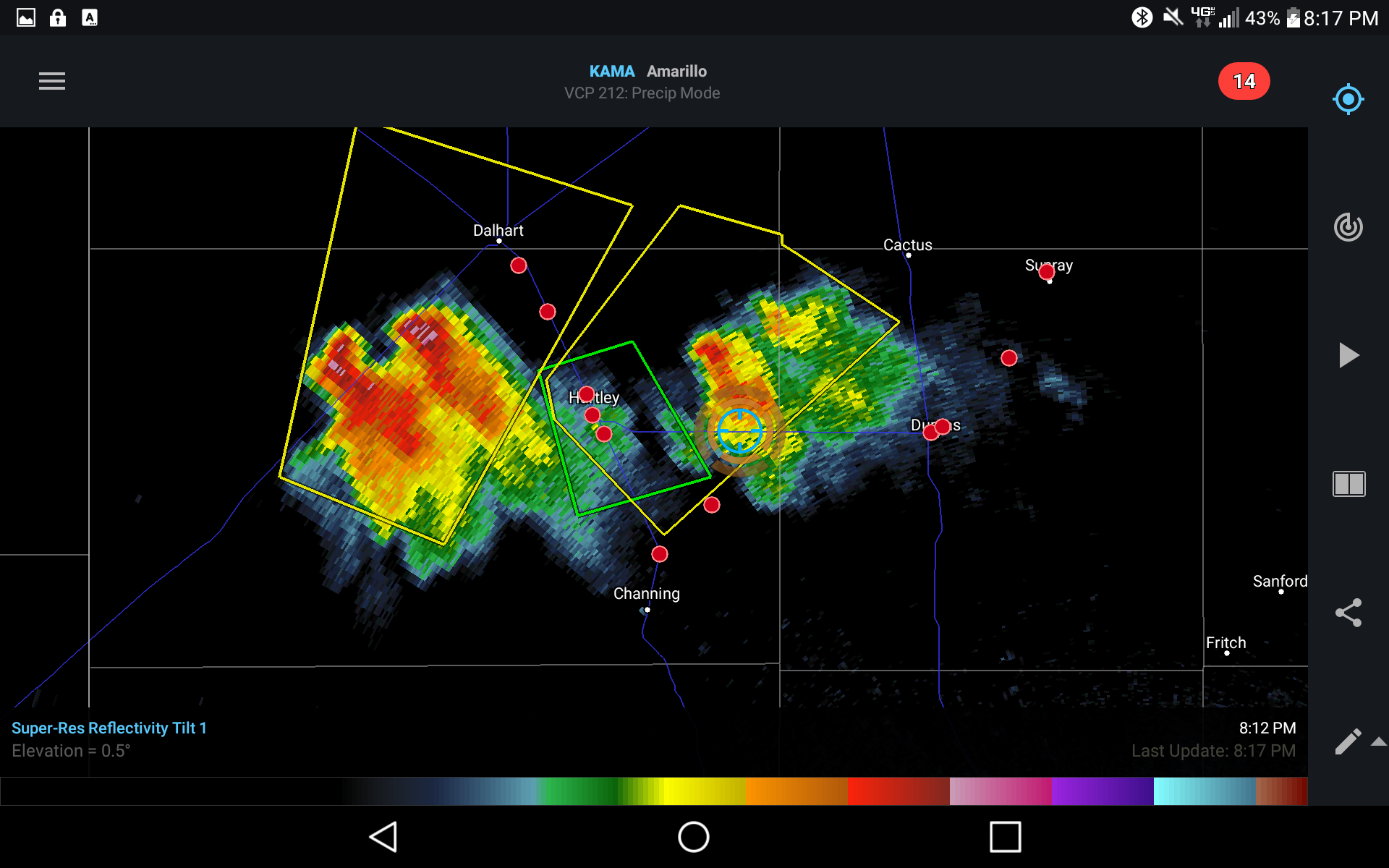 I headed east, and stopped just outside of Hartley to take a few photos. First, there were still many hailstones on the ground: 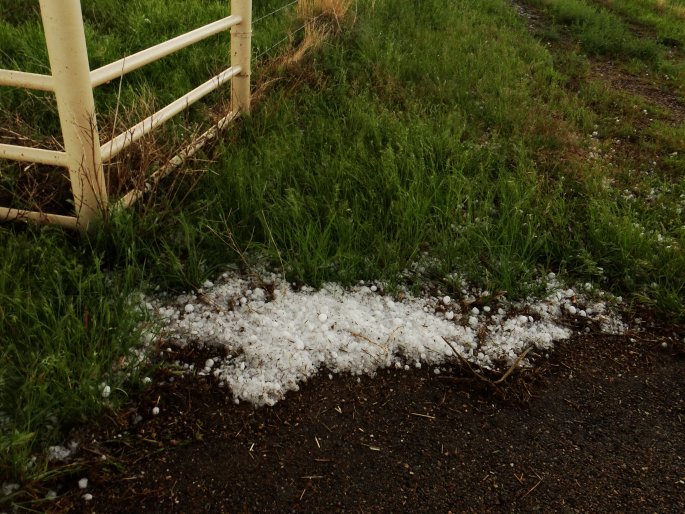 I stayed by the side of the road near Hartley for a few minutes and watched the evolution of this storm right around sunset. It started out as an unimpressive, multi-cellular mess: 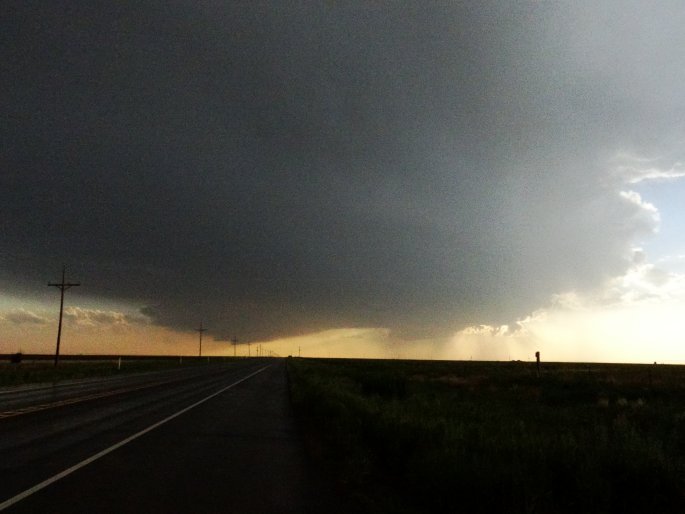 but then became more photogenic (though I am thoroughly underwhelmed by my camera): 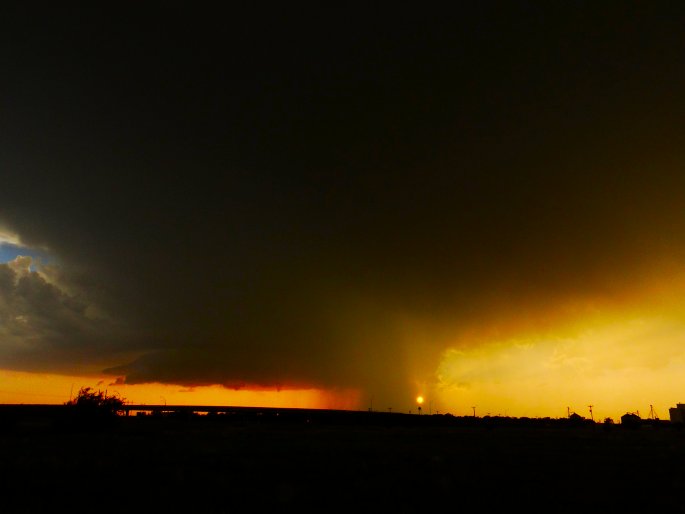 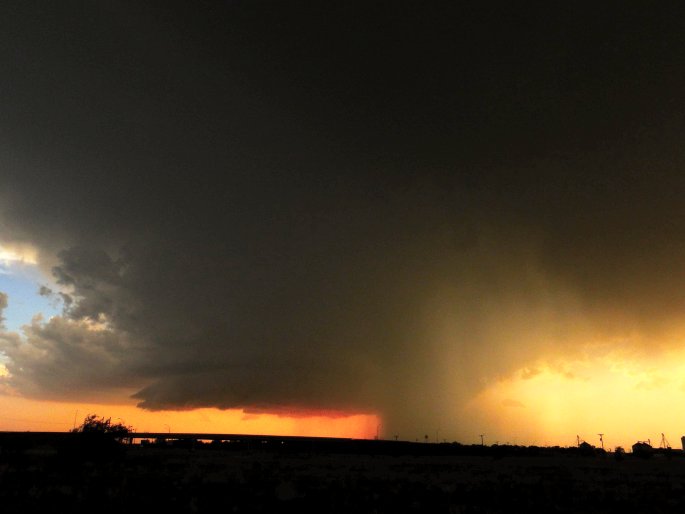 At this time, the cell had become stationary, so I took my time taking pictures and watching it. Here is the full cell, a little closer. I put a lamp post in the middle of the photo for no apparent reason.

At this point, my road merged with US-385 north, so I continued north, running along the eastern flank of the storm. It was barely moving at all, and I had good escape routes. The storm relative velocity showed no signs of strong rotation, either, so I tagged this cell for a little bit. One final shot of the storm: 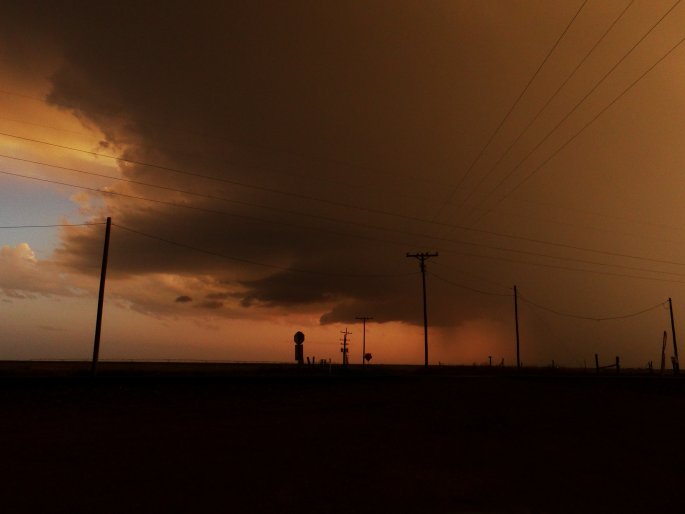 At some point along US-385, there was heavy rain- only enough to deter me from getting out of the car. With the low light, I turned back towards Dumas.

Here is a radar image from my trek north towards Dalhart, TX. 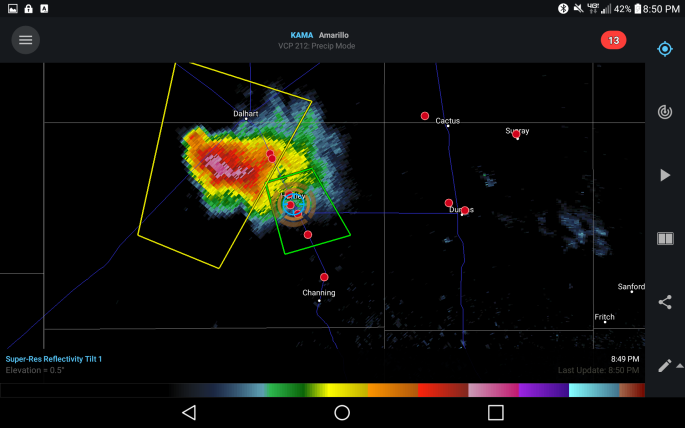 With the sun setting, and the storms weakening, I decided to call it a day, stopping for the evening at the Motel 6 in Dumas, TX.

Overall, I had spent most of the day disappointed and questioning my choice to chase today, though the cell at sunset made it worthwhile.